Kicking off the celebrations for this year’s Art Basel Miami Beach, New York City design gallery and showroom Chamber partnered with the architectural magazine PIN-UP to commission six designers to sketch out the cake of their dreams. The Chambercake designers—Formafantasma, Alessandro Mendini, Martijn van Strien, Studio Job, Floris Wubben, and Viktor & Rolf—had all previously designed pieces for Chamber Collection #1, which launched with the store in September.

In an interview with PIN-UP, the designers shared the ideas behind each cake. Below, the initial sketches are shown next to the final cakes made by Sunday Suppers’ Laila Gohar and Antonella Tignanelli. BFA captured the full glory of the architectural confections before attendees like Marcel Wanders, Daniel Arsham, Francesco Vezzoli, Jean Pigozzi and Rafael de Cardenas were awarded a taste of cake at the dessert reception at the Claridge Hotel last night. 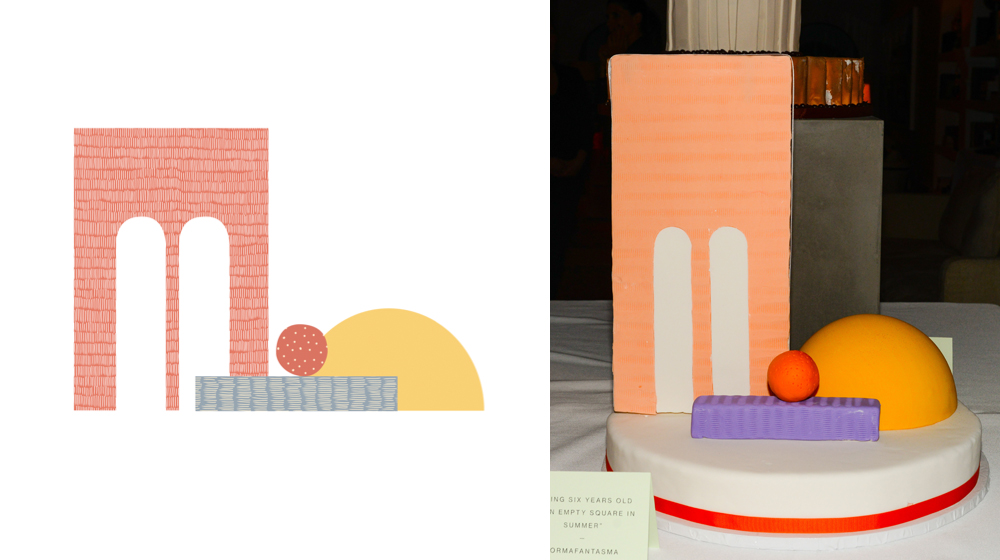 Studio Formafantasma, “Being Six Years Old On An Empty Square In The Summer” cake 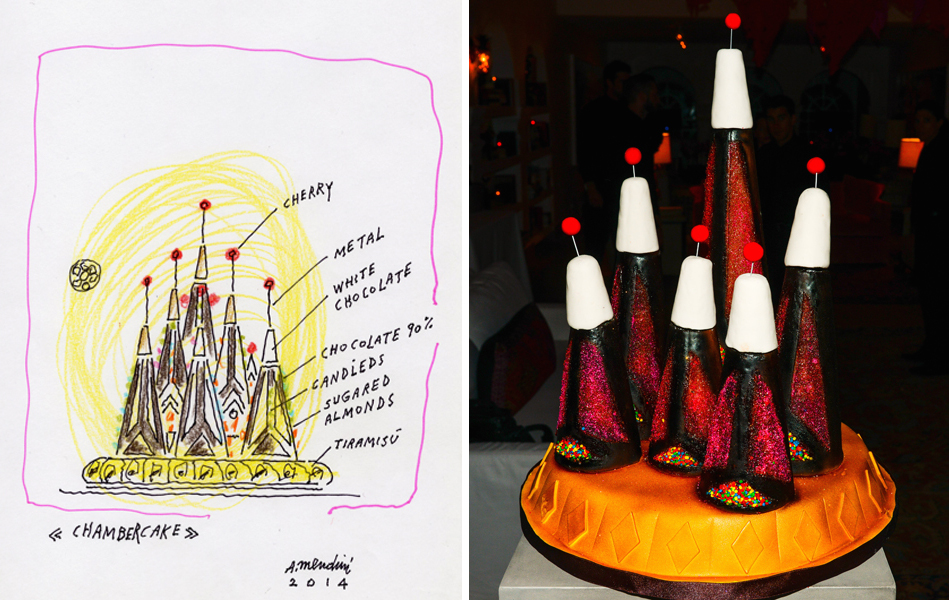 The iconic Italian architect and designer created a fantastical castle for his dream cake. With a base made from tiramisu, the cake is topped with towers of chocolates adorned with sugared almonds, candies, and cherries. 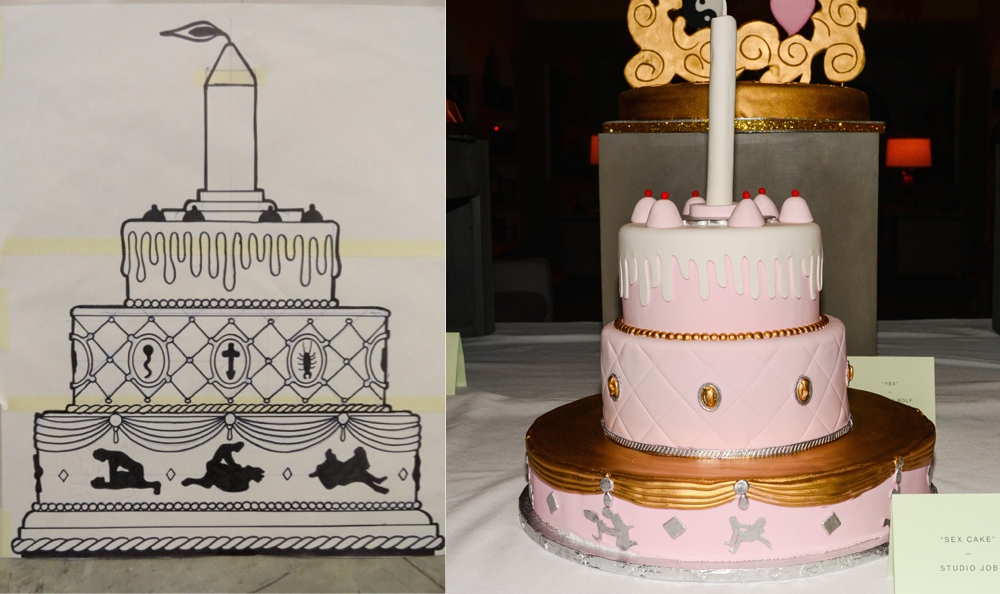 All the Belgian design duo had to say was “sex on a cake.” The three-tiered cake is decorated with sex positions, fishnets and topped by a giant phallic candle. 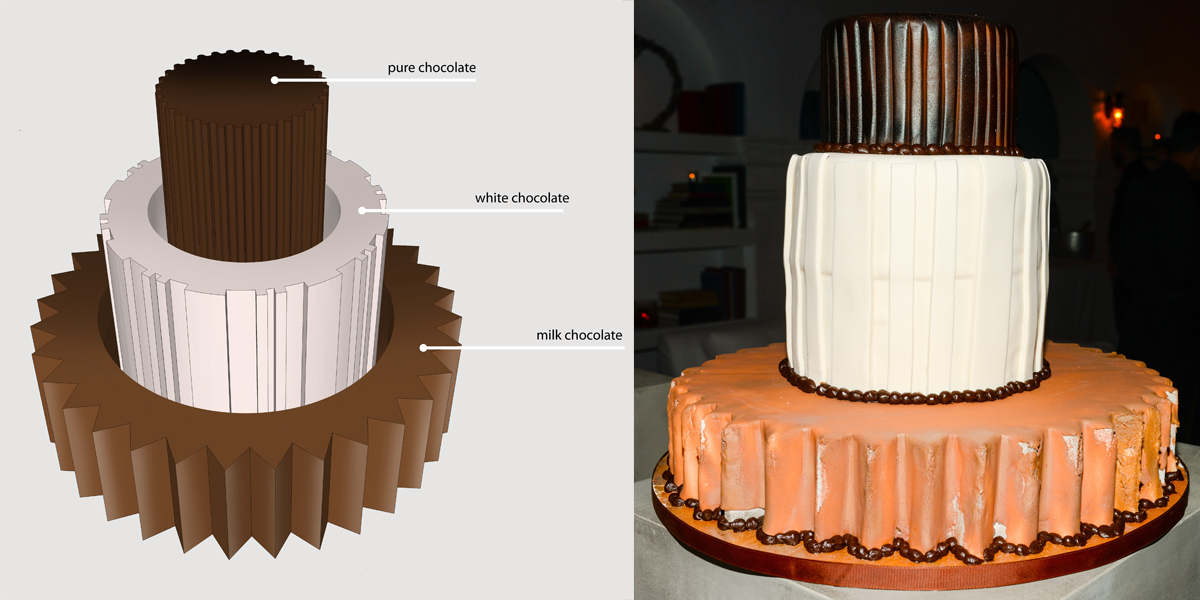 It may look like an normal cake from afar but Floris Wubben’s “Pressed” cake is far from ordinary. Each of the three tiers, made up of different chocolate flavors, are not layered on top of each other but concentric circles around a central cake tower. Inspired by the Pressed Vases he created for Chamber, every layer has its own color, taste and details, just like the vases. 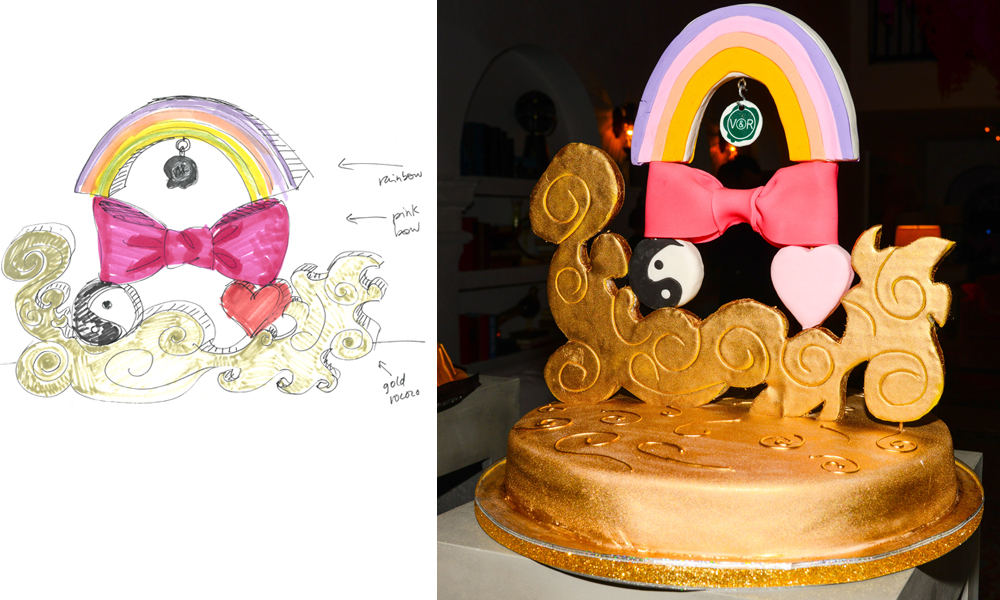 The Dutch fashion duo Viktor & Rolf adorned with the ying-yang symbol and the heart with an overarching rainbow, the cake says ‘yes’ to the ideals of a dream world. The gold rococo, serving as the base of the cake, is reminiscent of the Parisian backdrop of their Spring/Summer 2015 runway show. 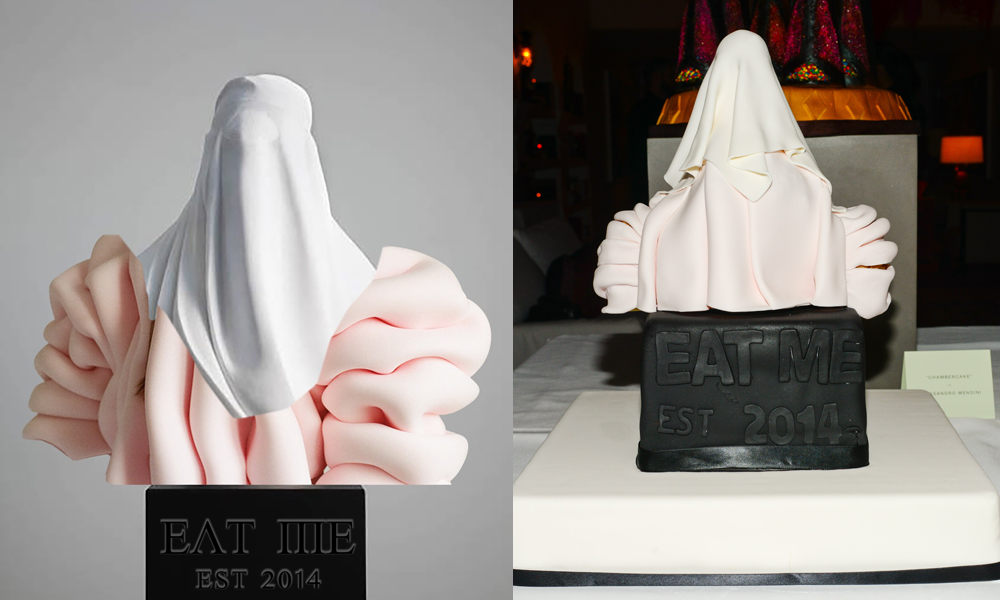 “Be careful, this fragment of ancient times.
Travelled from the past to the now just for your pleasure.
From behind her veil she tempts you to eat her,
but do you know what you’re going for?
Don’t be fooled by the sugary sweet jacket she’s wearing, she might be up to no good…
Advice: Approach with care, and lick, don’t bite.”
– Martijn van Strien 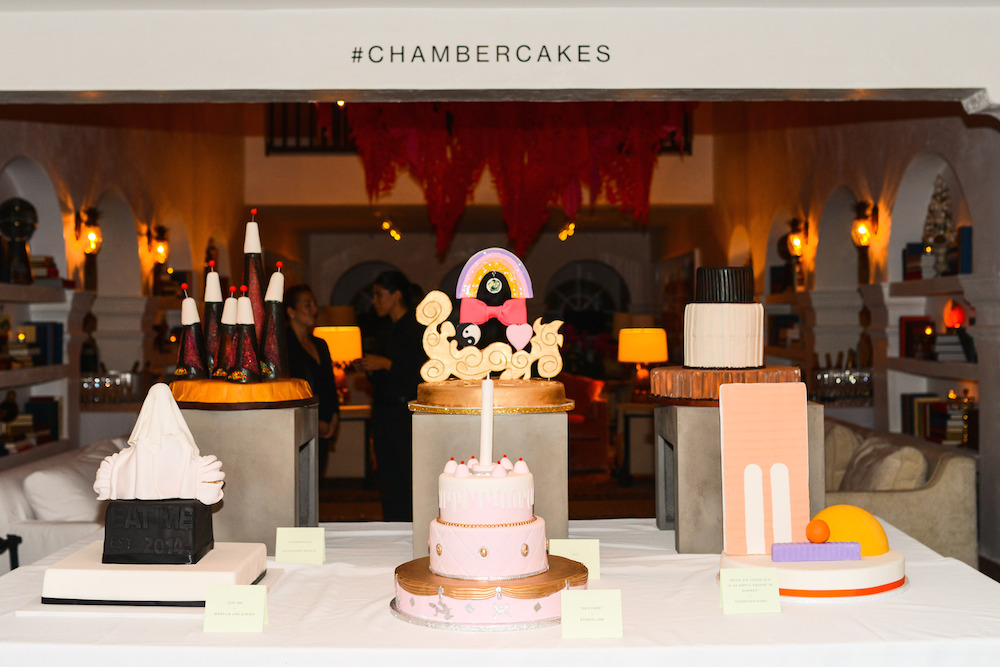