“Like a sorbet for the mind.” So begins the first chapter of Stella Artois’ Le Savoir, a multi-sensory dining experience hosted by the Belgian brewery and designed by the food provocateurs Bompas & Parr. Debuted in Montreal earlier this month, the traveling food event is a collaboration with Cirque du Soleil inspired by the tasting notes of the beloved brew. Over the course of the night, Le Savoir introduced a fully immersive experience where diners eat strawberry-infused tomatoes from the vine, watch pliable dancers drape themselves over dinner plates, and lap up the fruits of all four seasons in the form of dishes like red berry compote.

Against the backdrop of red-hued bartenders and walls, patrons are first greeted by the guest of honor: chilled chalices of the pilsner. 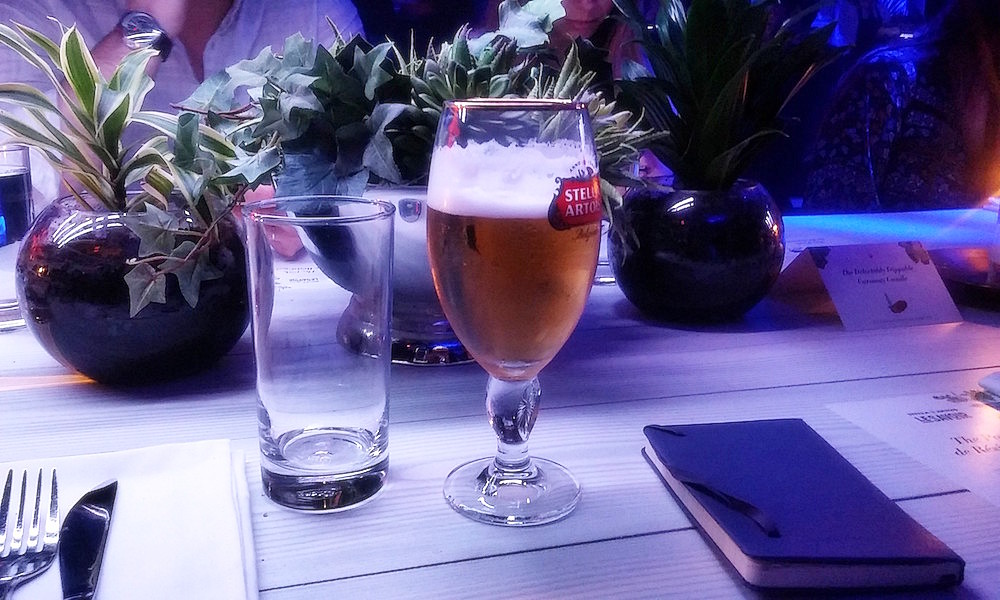 A fresh supply of beer is integral to Le Savoir, as it comes to personify the changing of the seasons, and serves as the canvas for the many culinary, auditory, visual, gaseous, and even theatrical ingredients that come to transform the beer with every sip—as the diner progresses on a culinary journey. The multi-course meal and experience, designed by Bompas & Parr, highlights the neuroscience behind flavor and the subtle ways that taste can be influenced by colors, scents, textures and paired ingredients. 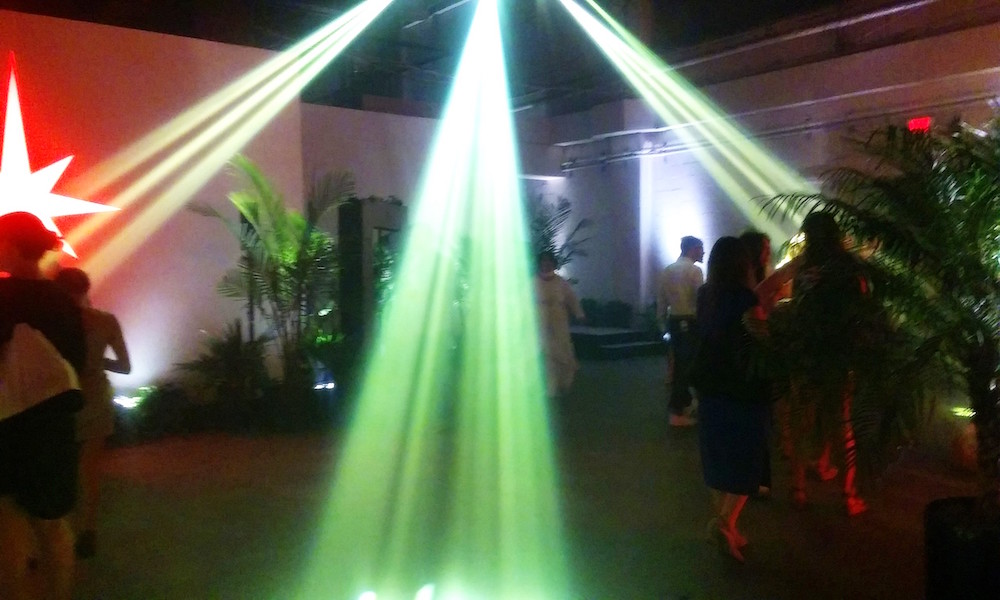 Guests don’t so much make their way through the affair as they are seduced by it. Before you know it, you’ve been overpowered by the senses, picking at salty and raw mushroom caps sitting on a platter, plunging into pools of colored light, plucking out ‘edifyingly edible’ veggies from a small plot of dirt with a stranger, or standing under a directional speaker uttering oddly intoxicating murmurs—all with Stella chalice in hand, of course. 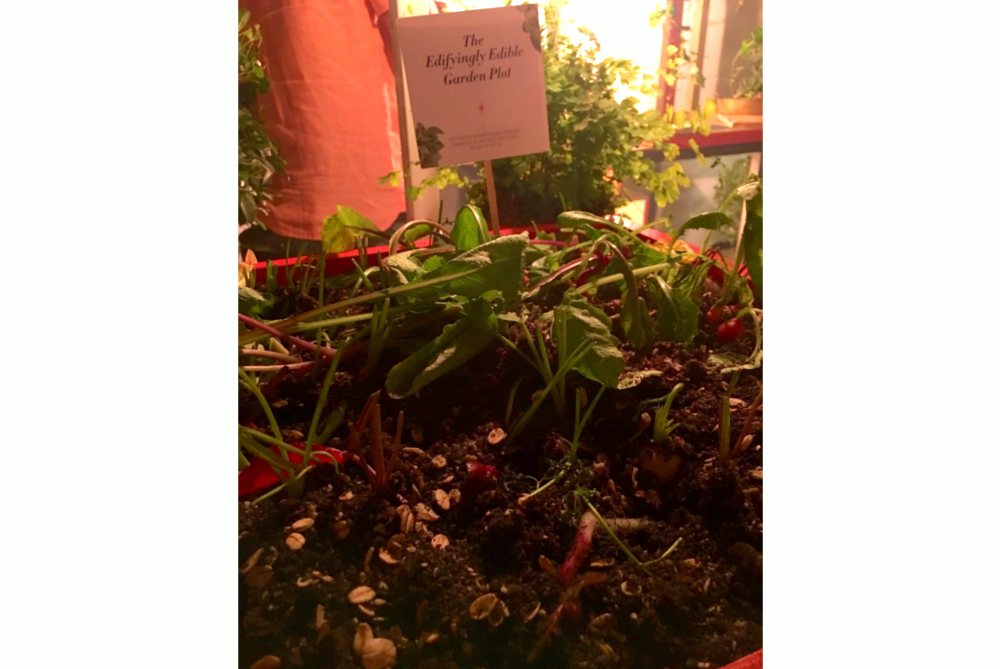 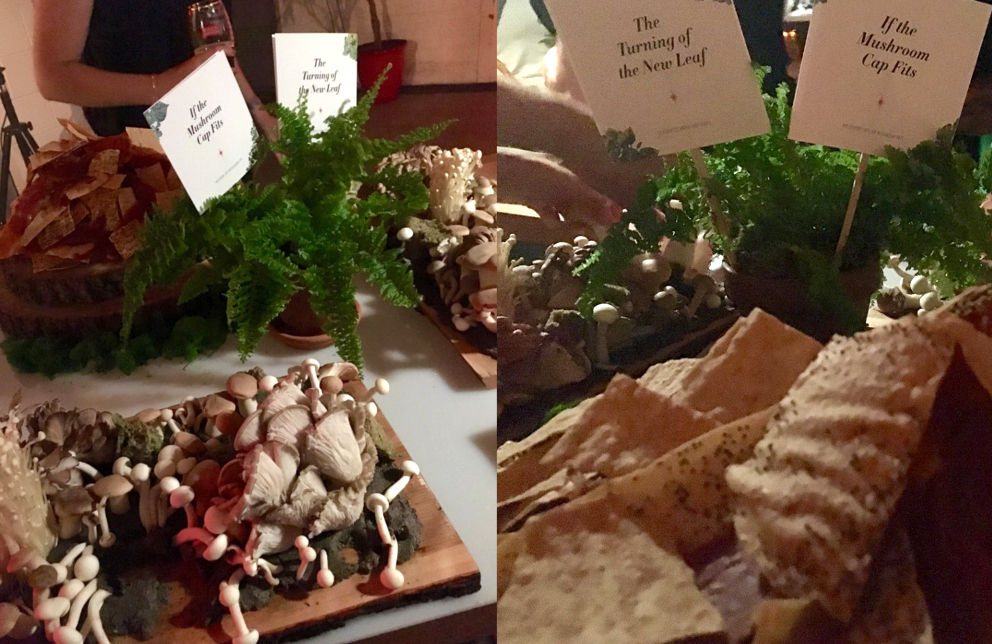 Throughout the journey, Bompas & Parr’s initial advice of, “On your way, let your senses guide you. You will need them,” repeats in the back of the mind.

And as the night progresses, the beer amps up in bitterness, dies down in sweetness, or does both in reverse—diners partake in dehydrated parma ham leaves, dip bread in melted beef tallow candles [Ed Note: We experience a similar moment of nirvana at Chef Dan Barber’s wastED pop-up at Blue Hill], and enjoy some ‘pork de résistance!’ (the night’s main course) after it’s been touched by a cloud of dry ice. 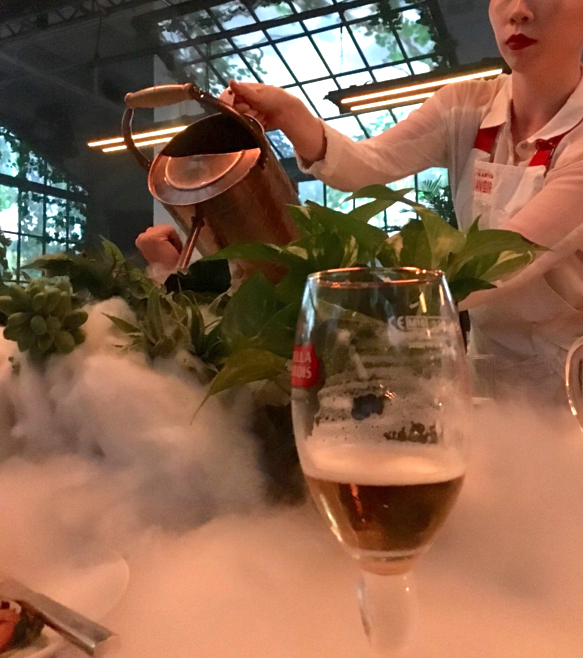 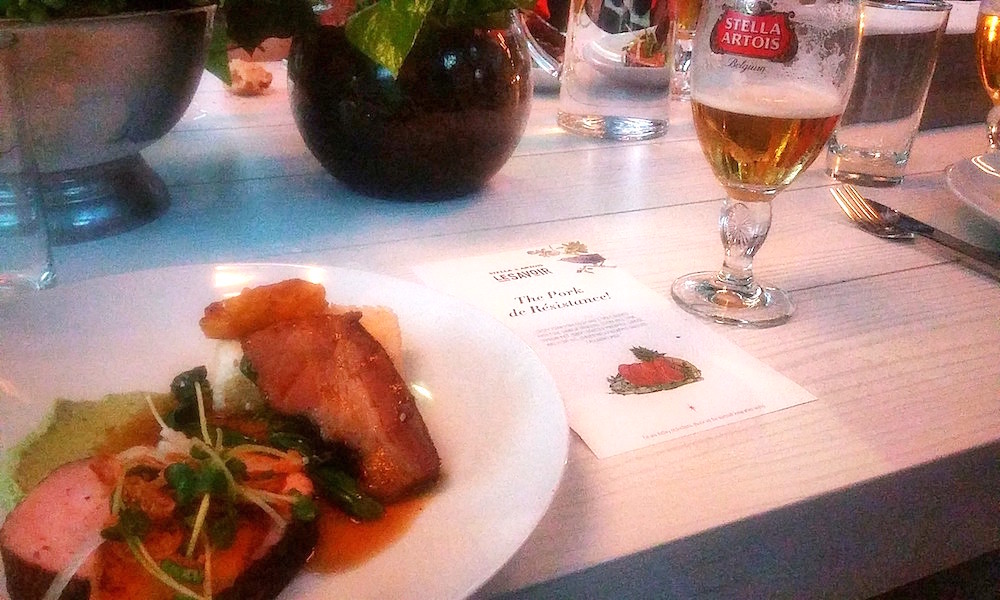 The journey to the center of the chalice becomes as much a culinary and communal occasion as it does an exploratory and enlivening one, challenging participants to drop all pretense of what constitutes ‘food,’ ‘a meal,’ and how we come to nourish ourselves beyond just an act of eating. 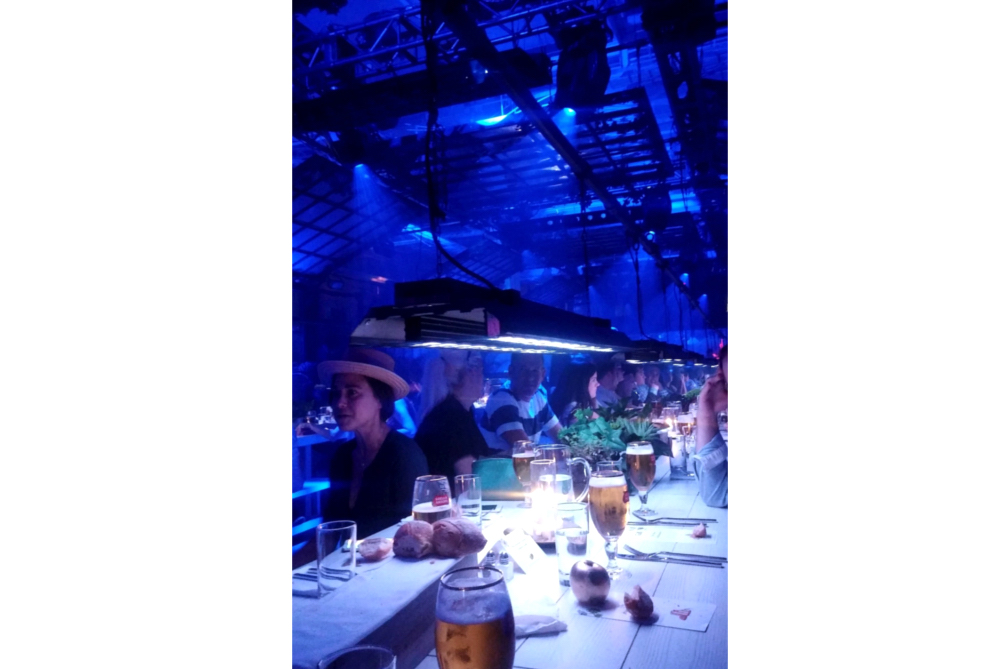 This diner found himself wondering why we don’t treat all food-having in such splendored arrays, especially when the dining experience transports one to what seems like another time and place. Or, whether that tingling sensation is the beer or a creeping sensation of euphoria. 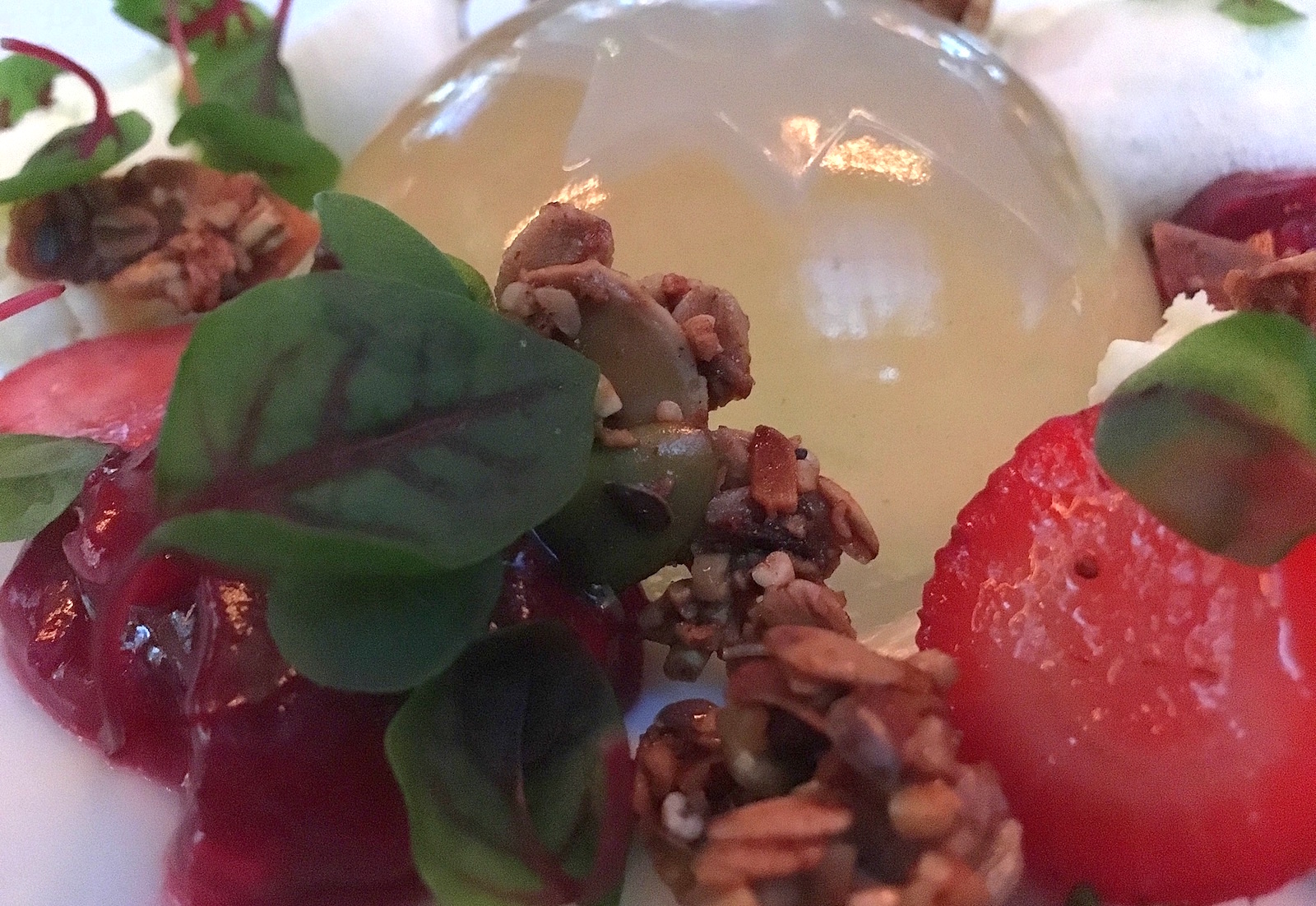 If there are any detractions to the Le Savoir experience, it is that often the expository elements—of a brewmaster throwing a splendid garden party with all types of costumed actors and elaborate monologues adding to the backstory—seemed a bit forced and were very hard to follow. There were so many more visceral elements than patrons were inclined and willing to take in. Having Cirque de Soleil’s events company, 45 DEGREES, sharing hosting duties certainly helped on this front. 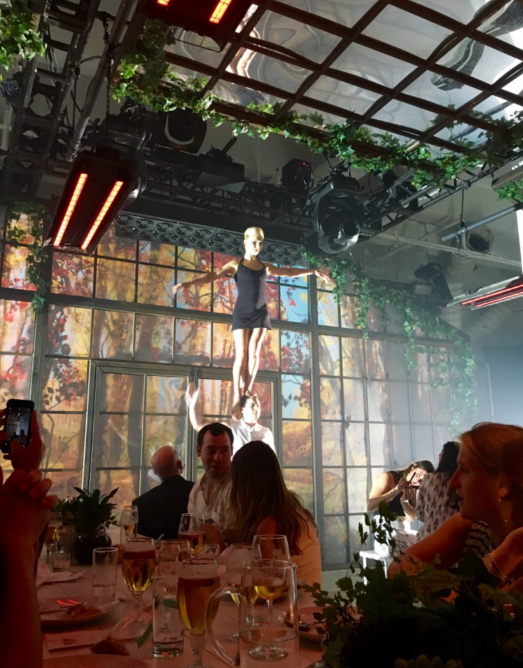 Still, it’s hard not to walk away from Le Savoir feeling bodily, mentally, and dare I say, spiritually satiated. Or, as Stella Artois would put it: a good host delivers the sweetest goodbye. In this case, the food and drink were simply appetizers for new and splendid memories.

Stella Artois’ Le Savoir is open for reservations through August 22nd in New York City and from September 9-16 in Buenes Aires.