The Geographic Dispatch critically examines issues in our global food system in ways that transcend space and place.

The exceptional drought in California has an unseen victim: the garden snail. From the incinerating heat of the concrete driveway, she moseys off the edge and into the dirt, burrowing herself. She covers herself in slime and plugs the opening of her shell with a thick layer to protect herself from turning into a snail chip. These days, in rainless California, you’ll rarely find a snail making their way across the sidewalk. A few years ago, I foraged for these snails, cornu aspersum (formerly helix aspersa). While their conservation status is “least concern,” I remain concerned. On a drizzly February evening I walked out of my apartment with an insect carrier in my hand. I turned down my darkened street, crossed the intersection, and headed into the confines of a little residential complex where I had previously noticed  they lived. Shimmering trails crisscrossed the concrete path. Upon a ledge separating the path from a tangle of bushes, I saw a single snail heading toward a puddle of rain drops. Scanning this little urban habitat, I soon saw three more little curved flashes nestled on green leaves in the dark.  Once you spot one snail, your brain is instantly primed to continue spotting the stripy calico pattern of their shells. I chose the biggest two. The one on the leaf gave way easily between my thumb and index finger, but the one on the concrete created a firm suction to his cement territory. To remove a snail that has created a suction seal, you cannot remove them directly with sheer force as  this can harm their delicate bodies or even rip them from their shells. You need to pull lightly and perpendicular to the surface until they drag a bit of goo and give way. I placed them both in my carrier and walked home with my rain jacket hood bobbing in front of my eyes.

Over the course of the next week, I followed the instructions of Walter Gunn, author of The Snail Cookbook. There weren’t very many resources on how to forage and cook snails when I first had the idea. My journey to the snails is a roundabout one. Initially, I was interested in learning about the few rabbit farms in the United States after having an entree that featured rabbit at The Progress in San Francisco. I later learned that there are similarly few snail operations, both of which supply to the nation’s French restaurants. It was a depressing time in my PhD program and I considered in the span of a single afternoon becoming one of these lone ranger rabbit and/or snail farmers, maybe learning from one of the masters such as Mary Stewart in Strathmore, California. Foraging and cooking snails felt like doing something different than simply growing my own vegetables—I would be embracing a post-urban ecology overrun with an invasive species while also creating a holistic perspective toward a single dish. C. aspersum, the most common of snails in California, is one of the few invasive species out of the 280 snails and slugs in the state. According to folk knowledge, c. aspersum was brought in the pockets of hungry French gold prospectors in the 19th century. KQED reports that perhaps the snails were intentionally imported by a Frenchman named Antoine Delmas and set loose on his property in San Jose, where many French families settled, plucking snails from the fertile dirt for dinner. He’s also credited with importing merlot, cabernet, and zinfandel grape varieties. The story of California’s bounty is often told through the actions of certain enterprising individuals who saw the potential for capitalist agriculture. And yet, it seems, the snails were meant for foraging, never large-scale farming. They slowly turned into pests and their initial culinary use was forgotten by California settlers.

Over the course of a week  I gave my snails organic lettuce and carrots, which they left tiny half-moon bites in and would later poop bright orange. I also fed them cornmeal, in hopes that they would grow plump. Once I was certain that they were sufficiently full of organic nutrients and healthy, I began the de-pooping phase (Gunn calls it this). Basically, I stopped feeding the snails until they no longer pooped bright orange pebbles.

I selected only 2 snails at first, just two bites, because I wasn’t certain I wanted to go all in on a backyard forage I might not enjoy. Keeping dozens and dozens of snails is a challenge. Together, they can lift a thick piece of plywood to escape a bucket. Gunn puts his snails under mesh covering weighed down with a rock. Today, people rarely forage the kinds of living things that can escape—more often wild fennel and raspberries. Foraging, despite it’s rising popularity, is a field that is still very white and male, despite this country’s deep history of foraging amongst indigenous communities. Alexis Nikole Nelson, a TikTok celebrity, is one of the most prominent Black foragers and talks about the history of foraging after the end of US slavery. The Chochenyo Ohlone people, whose land I occupy, foraged a multitude of foods including shellfish, blackberries, elderberries, grapes, acorns, and hazelnuts.

The day of their cooking, I removed the two snails from their container for my Instagram friends to see. It was the first time the snails ever seemed to notice each other or I guess just bump into each other. They intertwined in a slimy embrace. I gave them a rinse under the sink and performed the rather unpleasant process of cleaning them with vinegar. I got a rolling boil going so they would be killed instantly. I tossed them in quickly, a perhaps more humane death than the most common ones experienced by their kind: slow death by insecticide poison. It only took a moment for them to come free of their shells, whereupon I drained them, and added them to a hot skillet already crackling with butter and pancetta. All in all, it felt deceptively normal, cooking fresh lobster was far more unnerving. Over two weeks of preparation for only two bites—they were chewy and savory like clams in a chowder.

Soon after my snail experiment, the rains disappeared as did many of the snails. I had the intention of collecting at least a few dozen the next time, but the rains have been so sporadic the last few years that when they do finally arrive, my mind is more fixated on thoughts of climate change and water politics than my slimy friends outside. But I am so appreciative of where the snails have taken me so far. The snails took me outside in the rain, the snails took me to France and back to the Bay, they took me to the Ohlone, they took me to Italian pork. The geographic journey they took me on was perhaps more lovely than their buttery end. 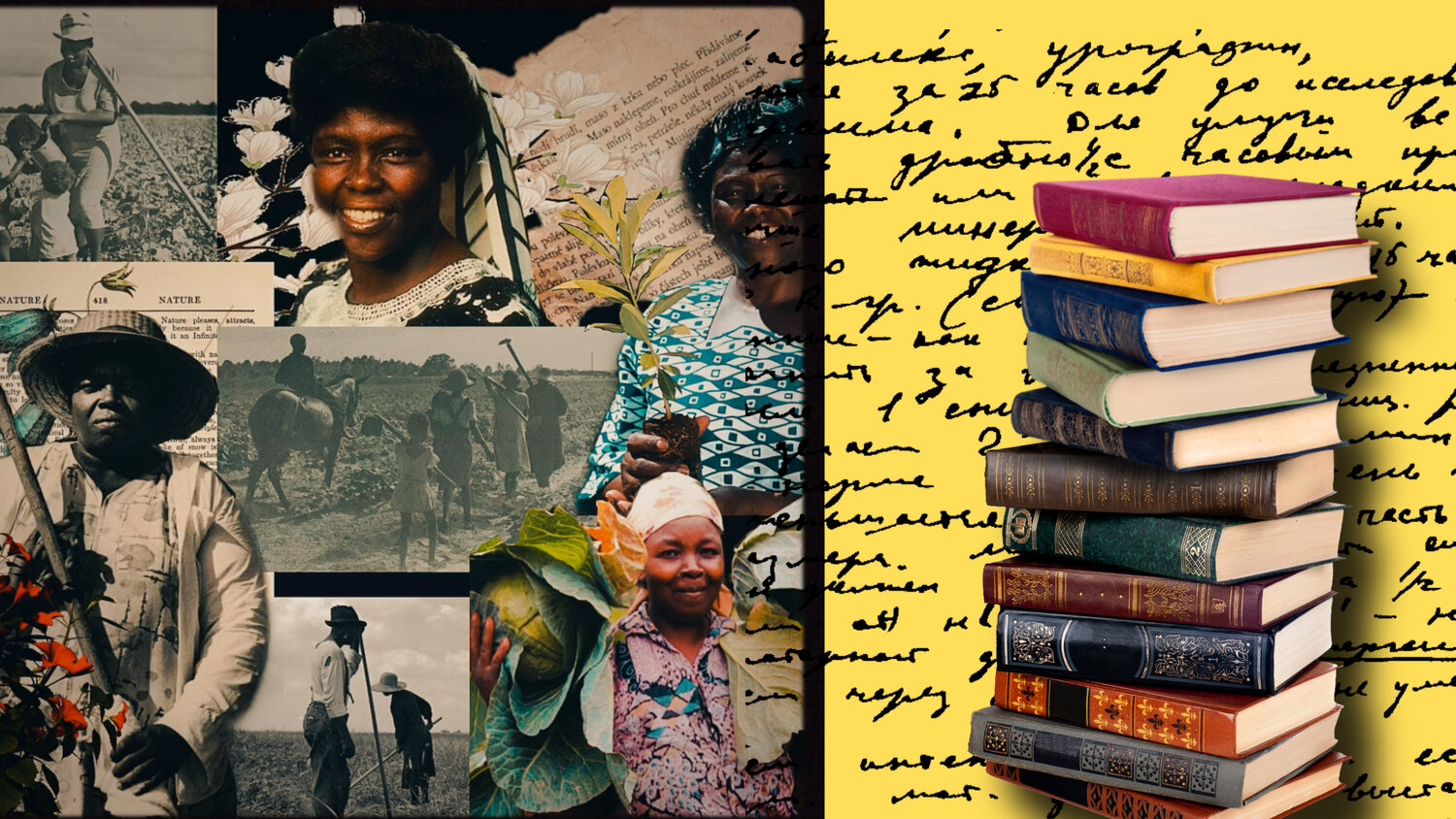 Profile
Geographic Dispatch #1: How Can Ecological Thinking Attend to Race?
The lens of Black Ecologies can inform new political interventions and ecological futures