For the tropical sweat bee the road is not ahead, but rather above. These nocturnal insects, who are most active in the dark hours before dawn, navigate their visits to night-blooming flowers according to patterns created by starlight that shines through gaps in the heavy rainforest canopy. A recent study1 has found that the sweat bees, or megalopta, are able to navigate conditions of darkness ten times dimmer than starlight by using these patches of night sky as landmarks.

While most bees are active in the day, some species, like the megalopta have evolved to conduct their activities at night due to competition and predators. This is especially common in warm, steamier climates similar to those experienced in Panama, where scientists conducted their study on megalopta. In the study, scientists created an “artificial canopy,” testing to see if the bees used their dorsal vision to identify landmarks above that would lead them to their nests. In order to create the “canopy”, scientists designed panels with distinct visual patterns like diagonal stripes or circles. In the darkness of the rainforest, they installed three megalopta nests, or sticks with holes bored into them, one of which the megalopta actually lived in, and two mock nests. Each nest was outfitted with one of the panels above it, so that when the megalopta left its nest it would see a specific pattern. While the megalopta was away foraging, the scientists would switch around the visual patterns above the nest to test how the bees identified which nest to return to. Upon return, the megalopta consistently re-entered the nest with the same visual pattern that had been associated with the nest that it had left, even if it led them to one of the mock nests instead.

“It is a realization of an animal stretched to its limits,” says Eric Warrant, a professor of zoology who participated in the study alongside scientist Sandra Chaib, “Evolution made it possible so that this tiny creature with very tiny eyes could see in almost impossible, at least to humans, conditions.”

Both Warrant and Chaib study visual ecology, which deals with how the vision of animals have evolved over time to match their specific lifestyles and habitats. In his explanation of the field, Warrant gives the example of the fiddler crab, which tends to occupy a very flat beach, “The fiddler crab has its world dominated by the horizon, in other words the interface between the sandy beach and the sky. As a result, fiddler crabs have adapted to their environment by concentrating all of their visual power around the horizon because that’s where most things in their lives happen.”

Similarly, he says that human vision and our evolutionary limits when it comes to darkness have impacted the extent to which we study the necessary and important behavior of nighttime pollinators. “It was difficult to conduct the experiment, we needed to use infrared night vision goggles otherwise we wouldn’t have been able to see our hands in front of our faces.”

Our own evolutionary shortcomings mean that nighttime pollinators have received far less attention or study than their diurnal counterparts. In fact, up until recently, scientists were unsure if nocturnal insects like the moth even played a role in pollination. However, a recent wave of scientists are arguing that nighttime pollinators have a greater impact on our lives than we may think.

Recent findings from a three-year long study2 performed at the University of Arkansas have shown that moths, another notorious nocturnal insect, are just as capable of pollinating apple trees as daytime bees. Meanwhile, scientists in New Zealand studying pollination around Haas avocado plants, which due to lowering nighttime temperatures, had started flowering nocturnally, found that moths played an essential role in avocado pollination3.

In an interview, Stephen Robertson who led the study at the University of Arkansas says of moths, “They are the unsung heroes of pollination…if you look at the diversity and the sheer numbers of moths out there, the other pollinators pale in comparison. So, you’re talking about a massive group of animals that probably contribute not just to fruit crops or crops in general … but to pollination overall they may just be the most important pollinators as a group.”

Scientists are concerned that we may be losing critical pollination services at a time when we are barely beginning to understand them.

According to Richard Walton, a scientist studying moth pollination networks, moths also play an essential role in promoting and maintaining biodiverse ecologies. In a study published in 2020, Walton, whose project is part of a larger University College London study examining the rewilding of habitats like ponds and rivers that occur in the U.K.’s agricultural landscapes, found that moths not only transport pollen from a high number of plants that bees and butterflies visit in the day, but also pollinate plants not commonly visited by these insects4. “In the greater habitat-wide study, we’ve found that no one pond can save the landscape,” he tells MOLD, “We need all types of ponds and habitats to increase biodiversity in the landscape. This applies to pollinators too, you can’t just have one pollinator, you need all types of pollinators.”

In spite of recent discoveries surrounding these nocturnal insects, scientists argue that nighttime pollinators are facing a crisis of attention. While daytime pollinators like honeybees have been on the receiving end of sweeping public conservation campaigns, moths and other nighttime pollinators have been experiencing steep population decline across the globe with little to no advocacy. Scientists are concerned that we may be losing critical pollination services at a time when we are barely beginning to understand them. “Moth conservation needs to be crucially integrated into modern agricultural management,” argues Walton, “We ignore them at our peril.”

Measures like increasing flower diversity and preserving varied wildlife habitats are simple steps to addressing the needs of not only nighttime pollinators, but all pollinating species. Already, projects like Daisy Ginsberg’s A.I.-powered Pollinator Pathmaker help to illustrate what more pollinator-friendly landscapes can look like. However, according to both Walton and Warrant, night pollinator conservation begins with addressing the problem of light. While light pollution’s full impact is yet to be discovered, scientists know that artificial light sources can derail nocturnal pollinators’ patterned behaviors. “Light is one of the only factors we know that affects moths’ decision-making,” says Walton, “We know that artificial light distracts moths and actually interrupts the pollination process so that less pollen is transported.”

Conservation of that which we do not yet know or cannot even see seems like an insurmountable task. However, according to Walton, small steps like removing all-night agricultural lights from farm fields can be taken towards an “easy fix.” In adopting a multi-species consciousness and de-centering human fears and perspectives, we can build a better relationship of reciprocity with the environment around us. 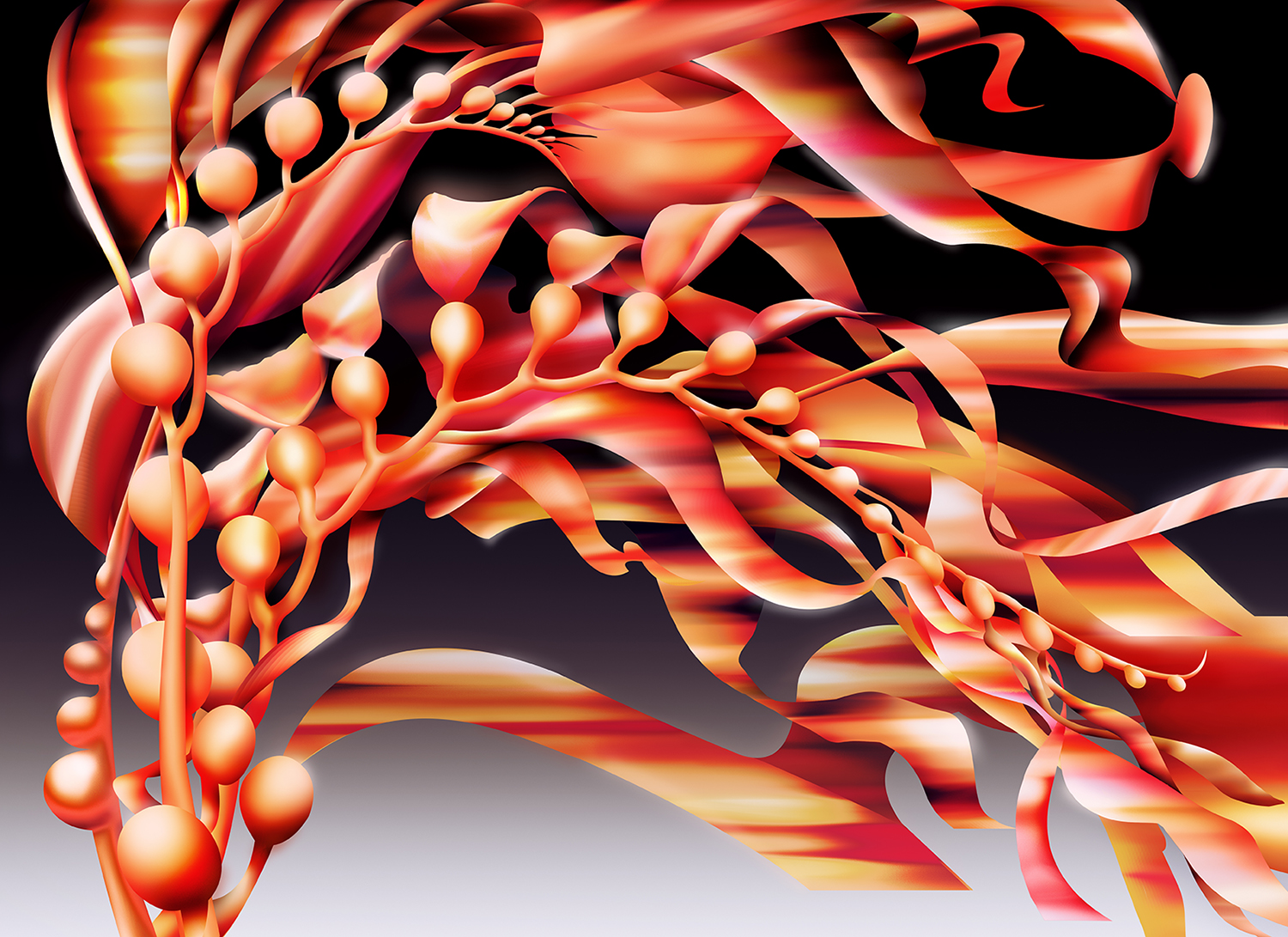 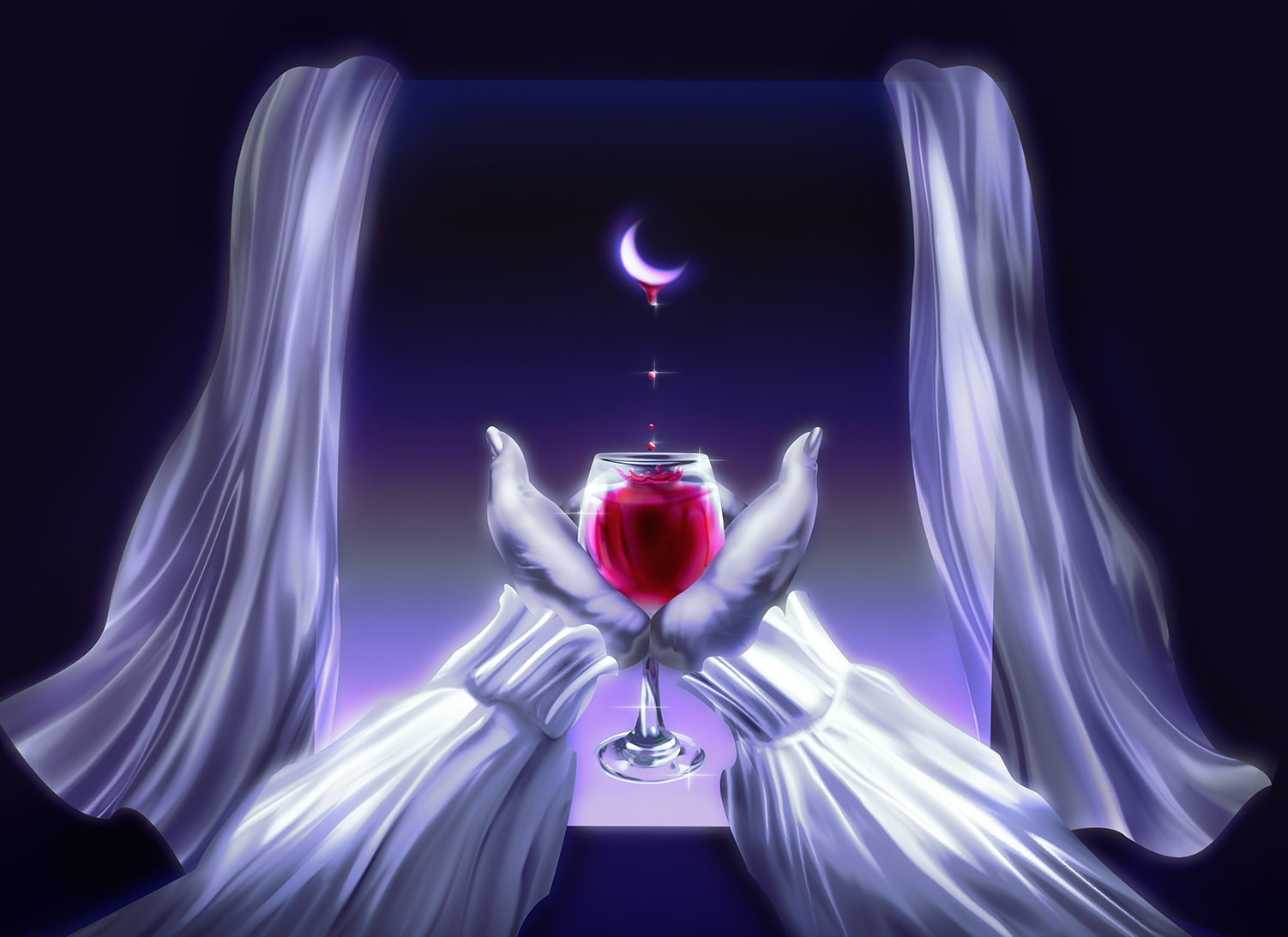 Essay
In Service of Moonlight
A Brief Introduction to Biodynamics, The Moon and The Cow Horn 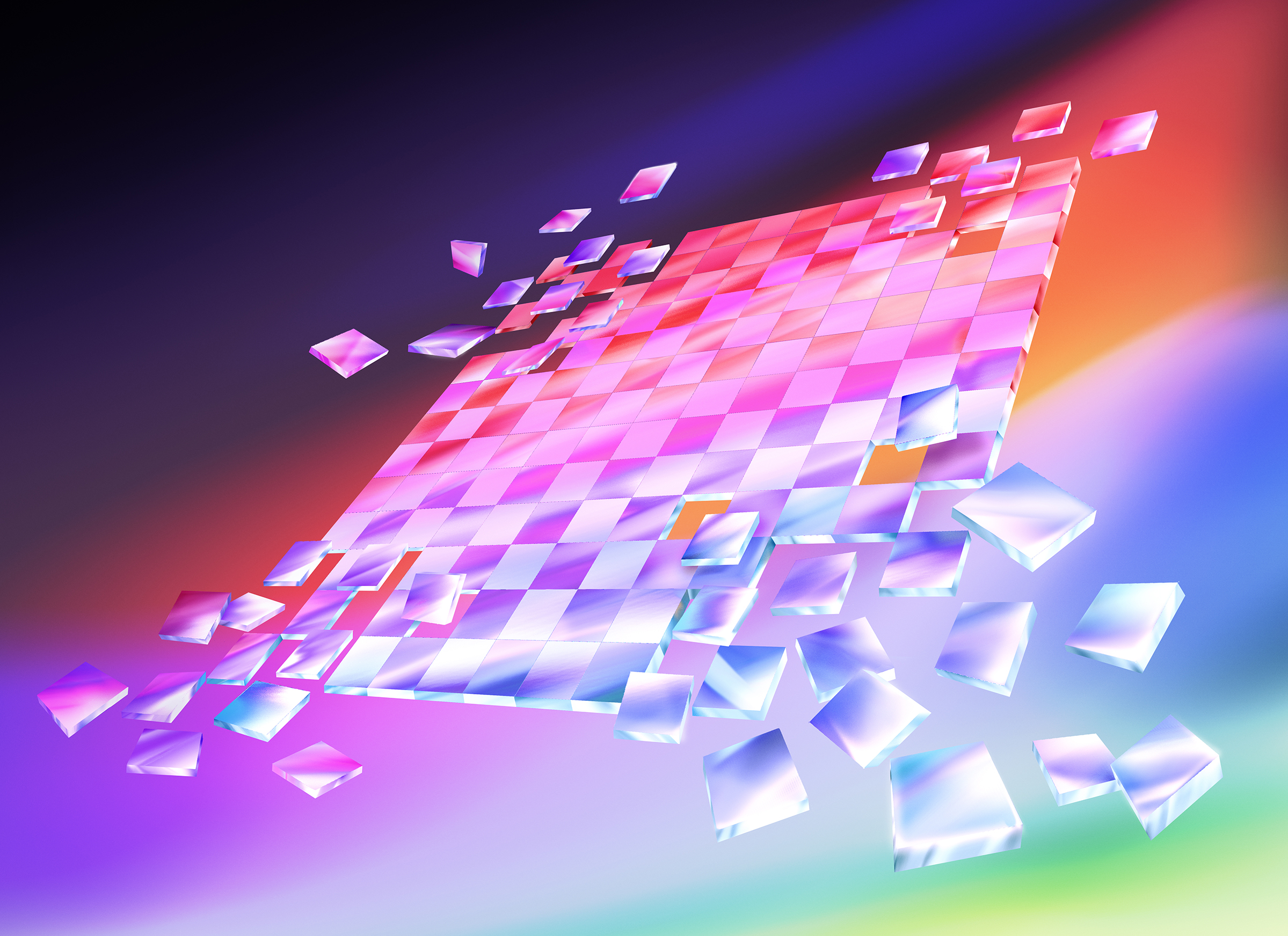 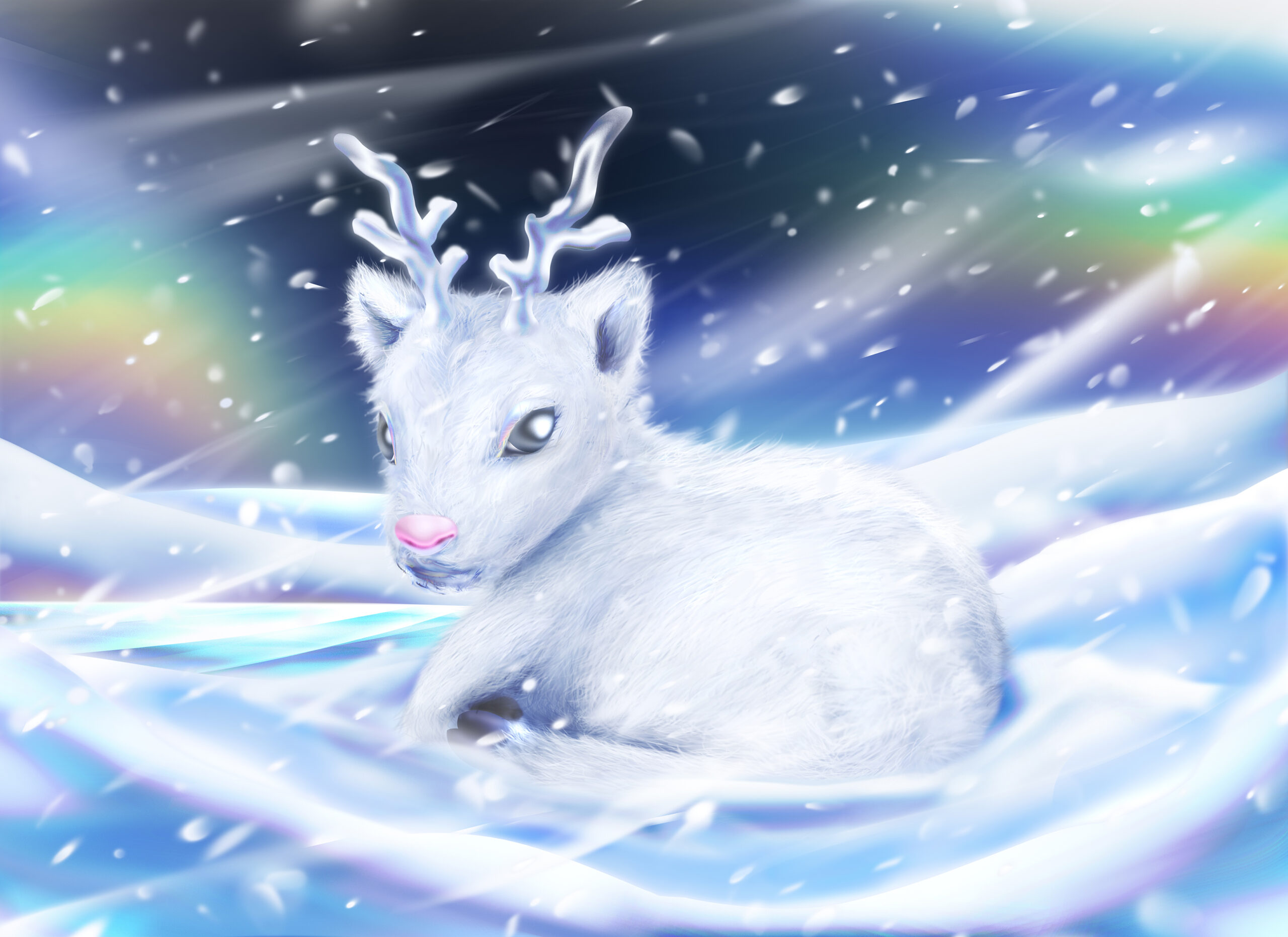