The pernicious dichotomy between nature and humanity feels strongest in cities, where the landscape is often unrecognizable from the ecosystems that precede and surround. With cities expanding at rates faster than any other land-class1 and the changing climate’s negation of that naive notion that earth’s ecosystems exist beyond human impact, the deconstruction of the human-nature dichotomy is essential for effective stewardship in the Anthropocene. In considering this deconstruction, we can look to our own cities, which at this very moment hold the potential to provide sanctuary for species driven from their historic habitats by climate and land-use change.

A materialist perspective on world history holds that a never-ending lattice of reciprocal interactions over time—whether it is between cyanobacteria and atmosphere, water and mountains, leaf-cutter ants and cultivated fungi or an Austro-Hungarian prince and a gun—are responsible for the world we see today. In this deeply enmeshed system of relationships, even infinitesimal causes can lead to significant effects. Despite this, Western society has largely failed to appreciate the importance and pervasiveness of these relationships, with no gulf so glaring as that between humans and the natural environment.

Some cite the West’s divisive relationship with nature as beginning with the biblical Fall of Man. Frazier Nash writes, “If Paradise was early man’s greatest good, wilderness, as its antipode, was his greatest evil.” Today, this sentiment has been inverted in many veins of popular culture, where wilderness—“unspoiled by humans” —becomes a kind of secular Eden. And so the distance remains. While this sterile romanticism has contributed to demonstrable eco-societal benefits (e.g. the establishment of national parks helped provide clean water and forestalled the extinction of many species—at the notable expense of myriad indigenous peoples), it has ultimately failed to move Western society much closer towards widespread understanding of the indivisibility between  nature and human activity. As climate and land-use change continue to disrupt ancient processes and threaten existing ways of being, building a stronger understanding of the ties between us as well as the potential that lies in such relations is necessary for effective and egalitarian ecological management and coexistence.

The strongest argument for recognizing these relations lies in the consequences of the West’s failure to do so in the first place: the displacement of historic plants, animals and people for resource extraction, and the more indirect (but no less catastrophic) planetary-scale ecosystem degradation via global climate change and the local introduction of novel actors (chemicals, species, management practices, etc.). The magnitude of these impacts is directly responsible for the proposition of a new geological epoch called the Anthropocene (or “Plantationocene”, as Haraway et al have proposed). This epoch, defined as the “geological time interval in which many conditions and processes on Earth are profoundly altered by human impact”2, is intended to succeed the nearly 12,000 year old Holocene. This transition from Holocene to Anthropocene has been punctuated by a ~ 1.2°C (2.1°F) increase in average global temperature since 18803, a reduction of primary vegetation (the forests, grasslands, etc. that remained stable over the last thousand, or more, years) to only 39% of earth’s land area4, and a global doubling of introduced and invasive species since 19805. These carry dramatic consequences for the biosphere, including the permanent loss of 872 species since 1500 CE–– with an estimated 25% of remaining species on the way6.

“Untouched wilderness” doesn’t exist, and never has. A successful transition to the next geological epoch is contingent upon our understanding of ourselves as members, if not stewards, of the global ecosystem.

At its most basic level, anthropogenic activities are related to species survival and ecosystem function by how they affect habitat availability. Habitat, or as ecologists call it, “niche space,” is a multidimensional description of where a species, population or individual can live and reproduce its genetic material, its knowledge, and its values. A habitat is not just an arbitrary plot of land, but also a myriad of factors that include the size of that plot of land, the preferred amount of yearly rainfall, the distance from a stream, the dozens (if not hundreds) of neighboring species that live above, below, and with, and the temporal stability of these conditions that allow an organism to become an ancestor. A species habitat is available where these conditions converge in time and space, and recent human activity has decreased the space and time available for many. The remaining habitats are moving, largely in response to climate change, and many species do what they can to chase their habitats across the landscape. It’s been estimated that plant and animal species have moved the edges of their distribution to higher elevations and away from the equator at average rates of 11m/decade and 17km/decade, respectively, over the last half-century7. The habitats of many species are a shifting and shrinking target, however by approaching our relations with other species as a partnership, we can see that we have the opportunity to build strategic intersections between our existing habitats and those of other species. In this way, we assume our role as stewards of the Anthropocene.

There are many locations within the built environment with the potential to serve as habitat for a diversity of species–– some are only one or two conditions away from being the ideal habitat. City parks are an easy example, already hospitable to historically local plants, the main reason they no longer grow in these environs is due to the cultivation and management of competing species by parks departments and landscapers. A grass from the primary vegetation of Kansas City, big bluestem, can’t grow in Kansas City parks where the Eurasian bluegrass is planted and cared for. In many cases, the barrier can be the inability of local plants and animals to traverse the treacherous landscapes created by roads, houses and farmland between their present nonurban habitat and their potential urban habitat. Additionally, each species, with its unique characteristics and habitat preferences, differs in how readily they may establish and persist in the built environment. For example, even though polar bears are under duress due to climate change, it would be irresponsible to advocate for the intersection of our habitats in any substantial way. Grasses, birds, flowers, trees, insects and small mammals, however, are easier to imagine finding sanctuary along roads, in backyards, across parks and even in empty lots with a little intention and effort.

Ginkgo trees are one of history’s greatest success stories of habitat integration. Largely unchanged since the Ginkgoales lineage evolved around 200 million years ago (for perspective, plants have been on land for only ~400 million), Ginkgo biloba was brought back from the edge of extinction by humans. Its once-widespread distribution was reduced significantly due to historic climate change and the evolution of flowering plants. Thought to have been very rare in the wild throughout human history, the people of what is now modern China began making habitat for ginkgoes in their communities more than 1000 years ago8. Today, ginkgoes are one of the most common street trees in the world, and a fixture of our urban habitat. This conservation success was more or less accidental but managed to secure the last species of an ancient group of plants, a life in the Anthropocene.

Making habitat in our cities for wayward species is more than turning the landscape into an ecological zoo or museum. The facilitation of urban ecosystems helps preserve the important relations between many species. Additionally, with strategic design, urban populations could interface with surrounding populations and allow reciprocal flow of genes and individuals as habitat availability allows. The ecological concept of “refugia” refers to areas where a species persists during a period of widespread habitat loss. Many species (including humans) survived the last glacial maximum because of their ability to reach and persist in warmer refugia (e.g., coastal or more equatorial areas) until their habitat eventually expanded again as the climate warmed back up. The potential habitat of the built environment, due to its versatility and scale, could be critical for the survival of many species as the earth transitions. Perhaps, like humans during the last ice-age, species threatened today could persist in urban and peri-urban refugia until climate and ecological conditions stabilize globally and additional habitat returns.

Strategically intersecting our habitat with those of other species attempting to find their way in the Anthropocene begins with the careful deconstruction of the institutions and ideas that divide humans and nature. On earth, we live in a comparatively closed system, and through the system of relations that connect all matter, the activity of one affects all in some measurable, albeit often minute, way. “Untouched wilderness” doesn’t exist, and never has. A successful transition to the next geological epoch is contingent upon our understanding of ourselves as members, if not stewards, of the global ecosystem. 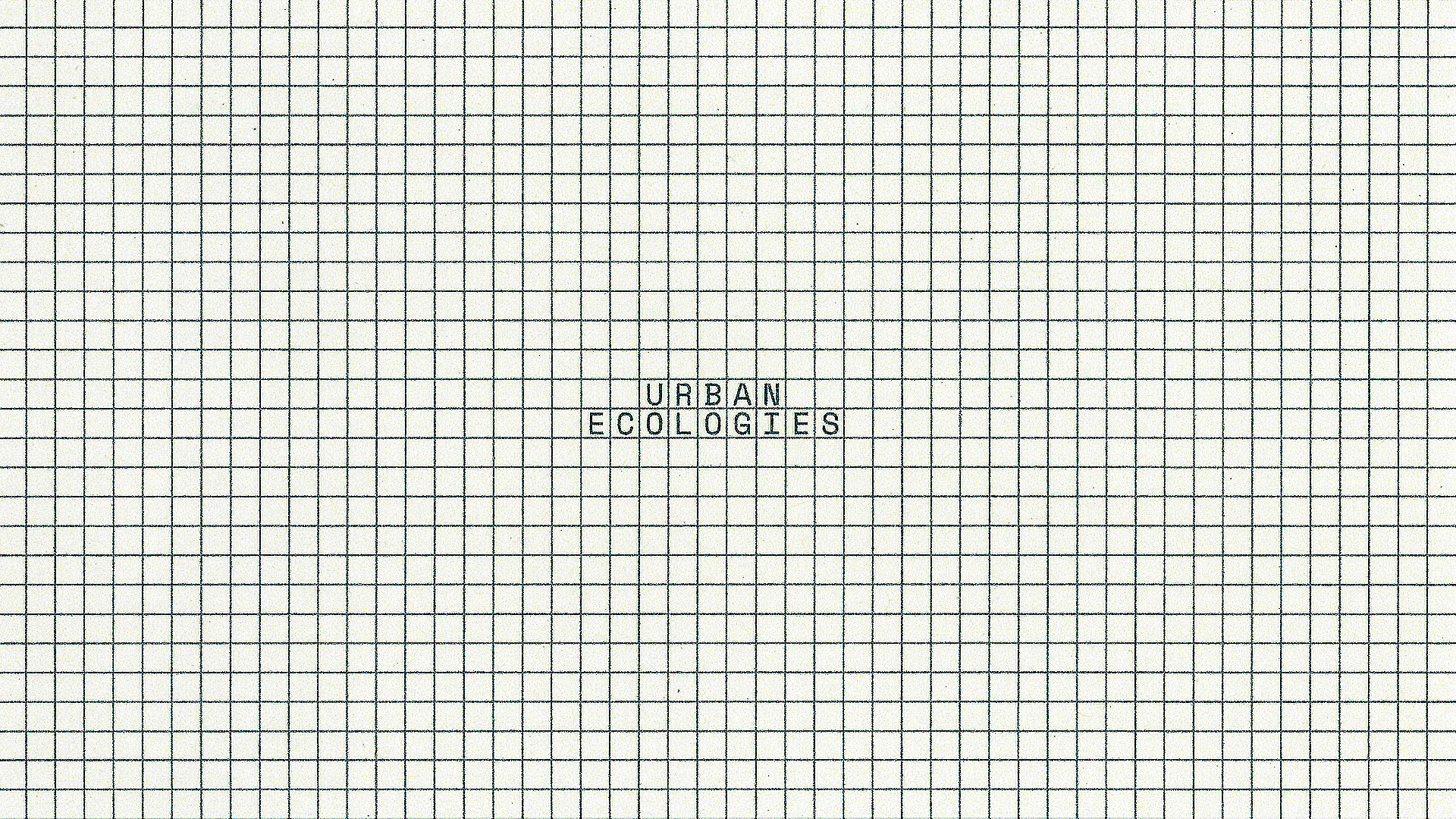