Our friends at Sight Unseen and Snarkitecture teamed up to host their first annual (we hope) pumpkin carving contest. Thirteen of New York’s favorite architecture and design studios competed for a Snarkitecture-designed gypsum pumpkin trophy, window space at Collective Design Fair‘s Lower East Side office and bragging rights for the rest of the year. 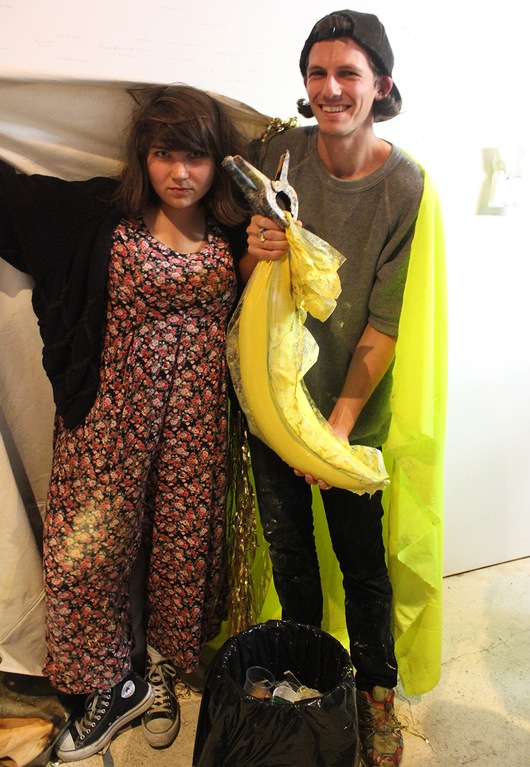 After an hour of intense gutting, carving and prop styling, judges Monica Khemsurov and Jill Singer of Sight Unseen declared a winner and three runner ups. Misha Kahn and Katie Stout took home the cement pumpkin with their “Banana.” As they told Sight Unseen, “we wanted to make the pumpkin as irrelevant as possible.” The two designers chopped up the pumpkin, blended it, added plaster and yellow dye and then poured it into a vinyl banana mold. The whole process was done under covert cover with the aid of sound effects emanating from a tinsel-garland “tent”.