A perennial seasonal treat, it may come as no surprise that a child might conflate “advent calendar” with “chocolate calendar.” Specifically, those cardboard calendars with festive illustrations and little windows that hide 25 teeny-tiny chocolates. An adult might swap “chocolate” for “whisky” or “licorice.” As gourmet advent calendars have become popular in recent years, they demonstrate how the practice of counting down to Christmas through the consumption of treats concerns the calendar’s packaging above all.

In Christian terminology “advent” describes the lead up to Christmas; however, the term now denotes a range of winter celebrations that help revelers cope with dark days and frosty temperatures. Performing a public countdown to Christmas dates back to the nineteenth-century when German Protestants made chalk markings on doors in anticipation. Then, in the early 20th century, German entrepreneurs included the first cardboard calendars as presents in newspapers. Chocolates and candies were added after World War II. 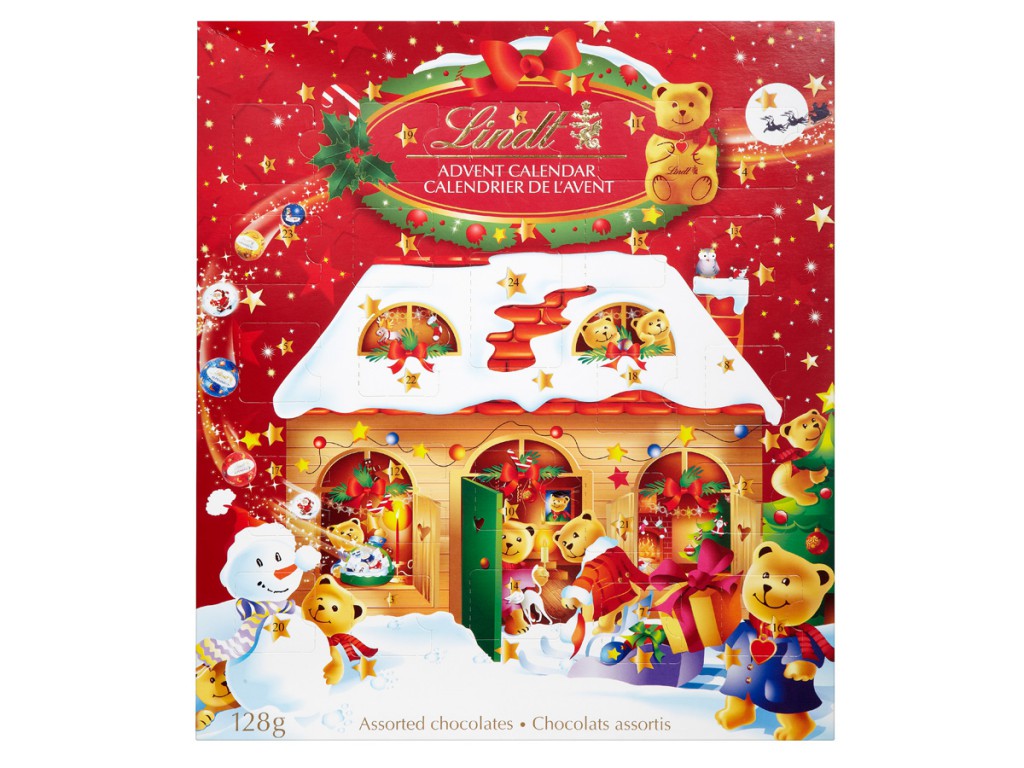 Modern advent calendars are typically heavily-branded cardboard boxes stuffed with treats. Lindt’s 2016 calendar features an illustration of a house covered in snow. Golden bears peek out from the windows, animating the process of prying open the cardboard flaps to reveal chocolate. Still, the packaging hides the chocolate and the consumer needs to know that, in Lindt’s brand universe, golden bears signify chocolate to understand the story the advent calendar presents. Images are consumed first, and then the chocolate. In this sense, Lindt’s advent calendar requires the user to reconcile their cultural knowledge of advent with the brand’s icons. 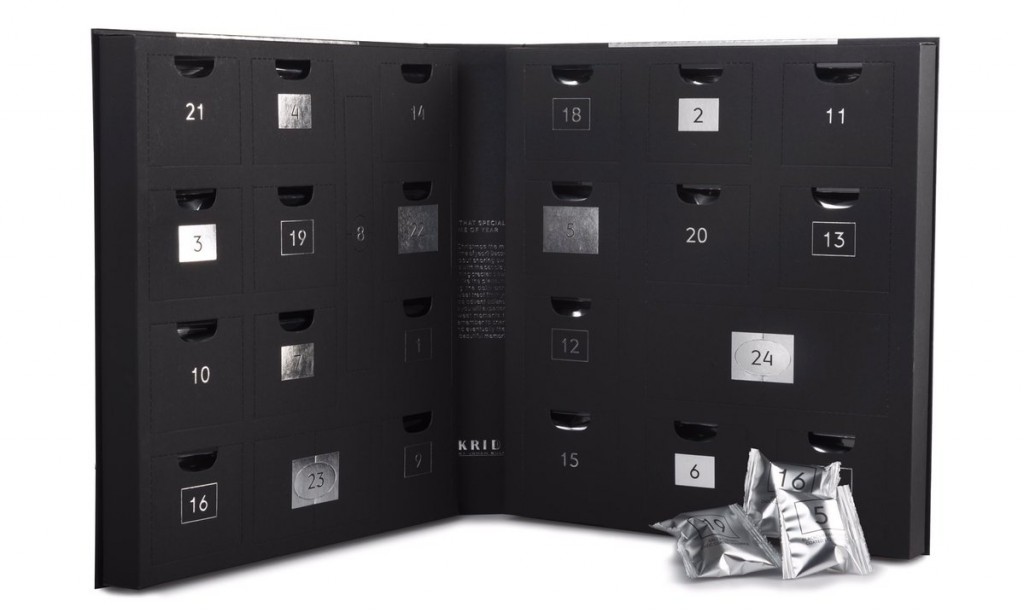 Gourmet advent calendars for adults—such as whisky and licorice samplers—also emphasize the brand, but highlight moderation as opposed to consumption. Lakrids, a boutique Danish licorice company, sells an advent calendar with 24 different flavors of licorice. Unlike Lindt’s heavily decorated packaging, Lakrids’s jet-black box with silver accents harmonizes with the product inside—the black box is an extension of the dark licorice. The whisky advent calendar from Drinks by the Dram has a similarly austere packaging, though features illustrations of ornaments and a Christmas village to nod at the holidays. Whereas the Lindt calendar invites children to peel back the cardboard flaps for chocolate, opening the windows on these gourmet calendars mars the boxes’ perfect appearance. The countdown to Christmas is reimagined as a measurement of one’s indulgences. 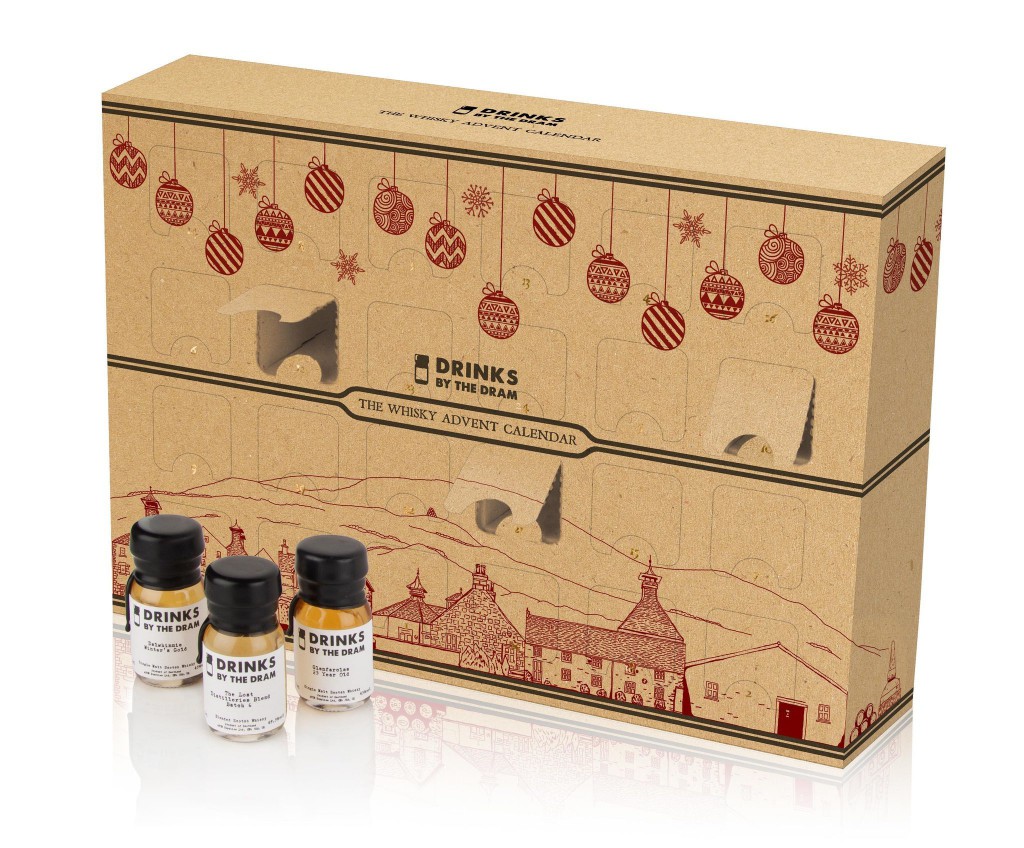 Drinks by the Dram whisky advent calendar. Image via Hiconsumption.

This importance of exhibiting one’s consumption makes sense in terms of the product’s German Protestant origins, which championed moderation. Although Christmas might offer an excuse to consume more, opening a window on a box discretely measures food and enjoyment through the product’s alteration.

Contemporary advent calendars might promise gourmet delights, but the way in which the customer interacts with them suggests that they are packaging before food. From Lindt’s calendar that illustrates the chocolate treats hidden underneath to gourmet calendars for adults that exhibit the consumer’s temperance, using an advent calendar means interacting with a package. The food is just a bonus.