With the Greek yogurt industry projected to reach a $4 billion by 2019 in the United States, dairy companies of all sorts are capitalizing on customers eager to spend money on low-calorie, protein-packed foods. Meet quark, the newest entrant in the market. Quark is a soft cheese with a texture akin to cottage cheese or ricotta. It’s a longtime favorite in Northern Europe, and is eaten everywhere from Germany and Denmark to Russia and Kazakhstan. Now, Misha and Elli Quark are giving Americans a taste too.

Each of the companies uses bold graphics and single serving containers to riff on the Greek yogurt packaging formula, but it’s how they differentiate quark that sets them apart. 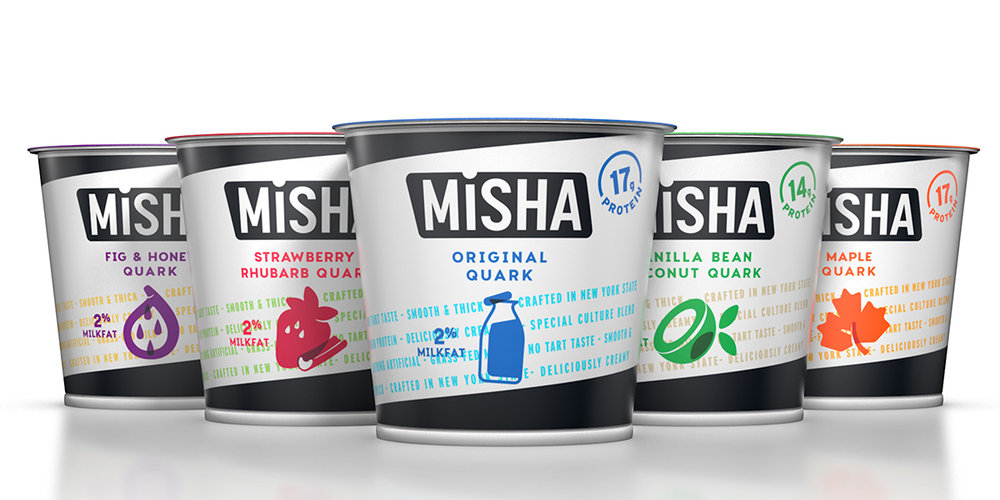 Misha launched in 2015 when co-founders Kamilya Abilova and Daniyar Chukin bonded in New York City over memories of eating quark while growing up in central Asia. Originally pitched as “New American Quark,” their cheese is sold in single serving plastic packages, with a paper exterior that can be ripped off and recycled. The company name looms at the top of the container, above a smaller graphic depicting the flavor (they sell a variety of fruit flavors in addition to plain). While the word ‘quark’ is present, its small size suggests that the package aims to appeal to consumers based on its similarity to yogurt. Customers reaching for a yogurt might grab quark instead and realize the mistake only when eating. The bright colors and bold graphics, however, stand out against with respect to similar sized containers such as Siggis’ illustrations or Stonyfield’s bucolic pastures and may appeal to a younger customer. With their combination of familiar shapes and novel graphics, Misha targets a customer base that wants yogurt, but with a twist. 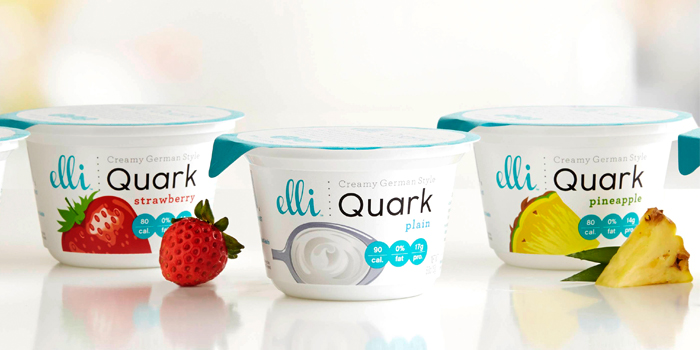 Meanwhile, Elli quark uses their bright, feminine package to offer an improvement on available yogurt varieties. Fed up with excessively tart dairy, founder Preya Patel Bhakta embraced quark’s smooth flavor. Like Misha, Elli quark is sold in single-serving packaging, but the word ‘quark’ dominates a large portion of the container with a simple, sans serif font. While emphasizing quark could highlight the product’s novelty, the container familiar shape and drawings resembles Chobani. Rather than sell the taste of quark, Elli sells its special flavors as a protein-packed and healthy alternative to the companies the consumer already knows and buys. Customers aren’t reaching for Elli because they want to try quark, but because they want to sample a healthy chocolate alternative to their go-to yogurt. With its combination of recognizable shapes and images, Elli washes quark of its novelty and makes it familiar. 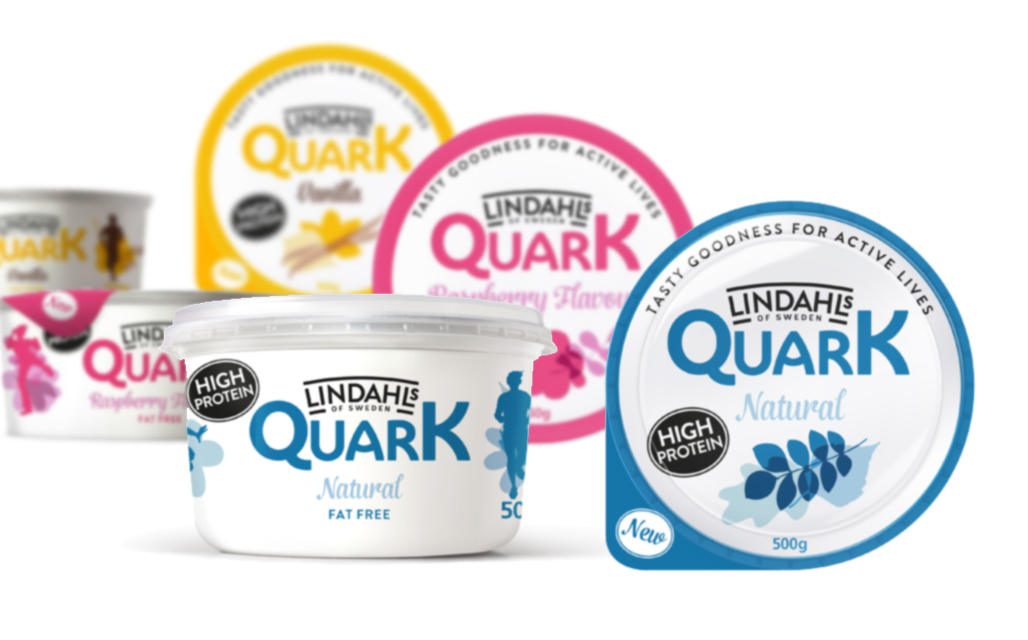 Quark’s entrance into the yogurt market isn’t limited to the US. Swedish brand Lindahls recently expanded into the UK market with a package that strikes a middle ground between Misha’s bold graphics and Elli’s approachable form and flavors. The squat shape looks like other yogurt containers on the shelves, while the graphics imply that quark is an even healthier alternative. Shaded figures are shown performing different physical activities, drawing a connection between quark and fitness. Unlike Misha and Elli, the word ‘quark’ is featured larger than the flavors or the images. While this could be a way to assert the novelty, quark’s previous (albeit limited) availability on the UK market means customers are likely to be less hesitant toward trying it. Lindahls presents itself as a healthy, modern alternative to yogurt, while retaining many of the symbols characteristic for dairy brands. 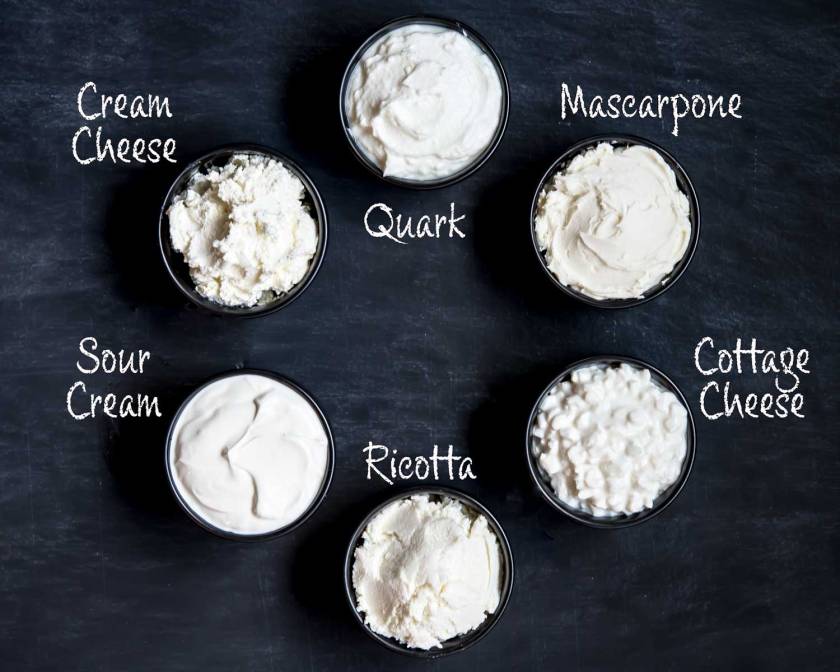 If quark is to win over new consumers, it will need to become familiar to customers on its own merits. So long as companies describe themselves as yogurt-like the market saturation is limited. At the same time, it would be nice for companies to offer a new type of packaging that offers a most sustainable alternative to eat-and-toss yogurt containers. Quark offers a novel product for the supermarket—it should embrace this novelty.