For years, Daisy Sour Cream urged consumers to “do a dollop of Daisy.” But what is a dollop? A dollop is how much you want, spooned out of the carton. But this unspecified amount doesn’t adhere to contemporary diets that demand extreme attention to every bite consumed. Rather than rewrite their jingle, Daisy redesigned their packaging.

Working with the design firm Continuum, Daisy Sour Cream recently introduced a squeezable pouch that redefines a dollop for today’s health-conscious consumer. The first inverted foil pouch in the dairy category, the squishy package is made from a durable but flexible foil with a toothpaste-like dispenser. The valve dispenser is specially designed to prevent air pockets from forming in the product, minimizing the amount of whey that is formed (and dispensed) from the tube. Users leave the tablespoon in the drawer and instead eyeball the portion they squeeze from the tube. 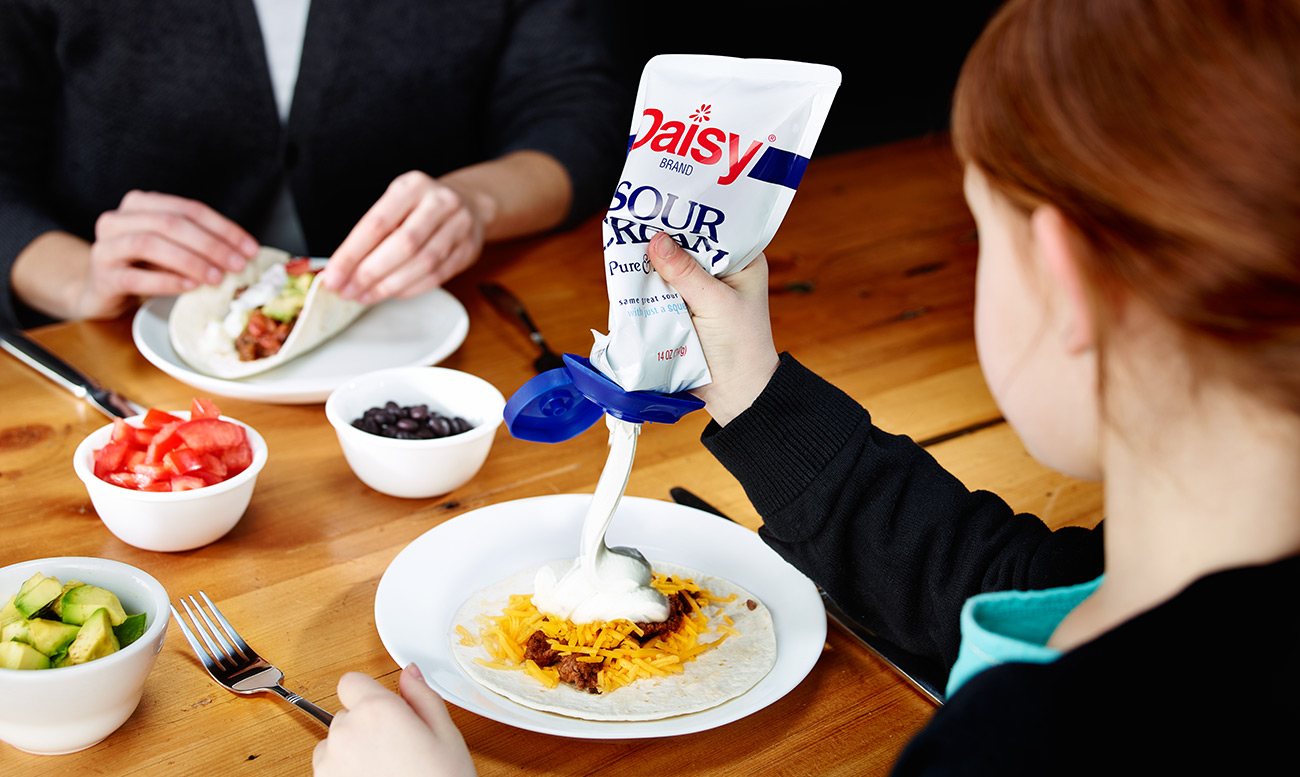 In the user research performed by Continuum with hundreds of families over “taco night,” the designers came up with some key insights about modern consumer expectations of their sour cream:

Because consumers use sour cream as a topping and a recipe ingredient, they need to be able to portion it out both carefully and quickly, in amounts large and small. Interviewees noted that precise measurement was especially important for baking, while aim and control mattered more for taco nights. The team experimented with a range of materials for a container and cap that could dispense sour cream in differing amounts with both ease and control.

On this package, Daisy swapped their slogan with the tagline, “same great sour cream with just a squeeze.” While a squeeze is also an undetermined amount, the qualifier “just” implies restraint and gives consumers that sense of “ease and control.” Their advertising reflects this dichotomy. In one photo a well-manicured hand dispenses teaspoons of sour cream onto smoked salmon canapes, signaling sour cream’s suitability for sophisticated soirees. In another image, a child grabs the bottle, wrenching out a generous portion over Tuesday’s taco dinner. Through the juxtaposition between restraint and indulgence, Daisy demonstrates how new container enables the customer to continue enjoying sour cream. 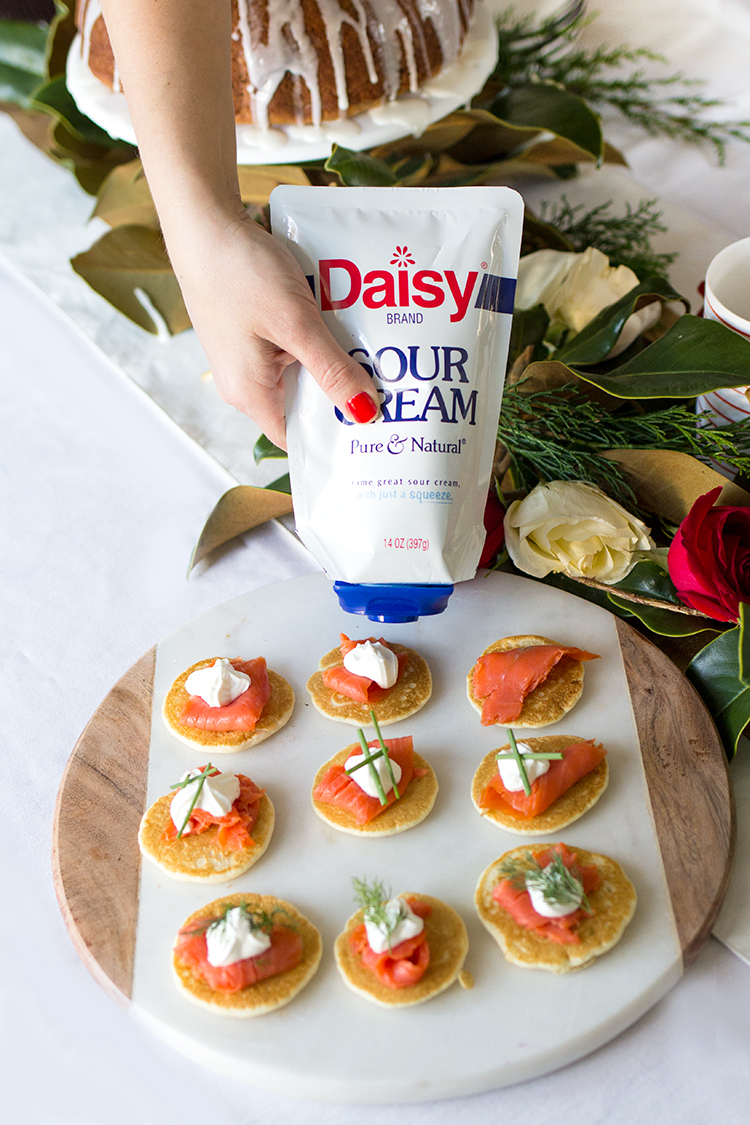 If diet trends encourage periods of immodest consumption followed by moments of abstinence, this duality can be interpreted as condition of modern society. In this light, Daisy’s new packaging represents how a major brand can resituate their identity according to shifting dietary habits, while still keeping their story coherent. Although Daisy might no longer be explicitly telling people to shove their spoon into a tub of sour cream, their packaging and branding continues to reference the eater’s desire to gobble it up. Dietary advice might change how consumers consciously interact with sour cream, but Daisy’s new squeeze package ensures that they can continue to interact with the brand as they always have done, albeit with a new face.