Despite its peculiar name, the beloved global ice cream brand Häagen-Dazs was born in the Bronx. Over the past few years, Häagen-Dazs has worked with designers to create a specialty holiday ice cream cake for the European market. With the recent release of this year’s designs from Japanese firm Nendo, our Stateside team decided to take a look at what we’ve been missing through a brief history of the Häagen-Dazs ice cream cake commissions: 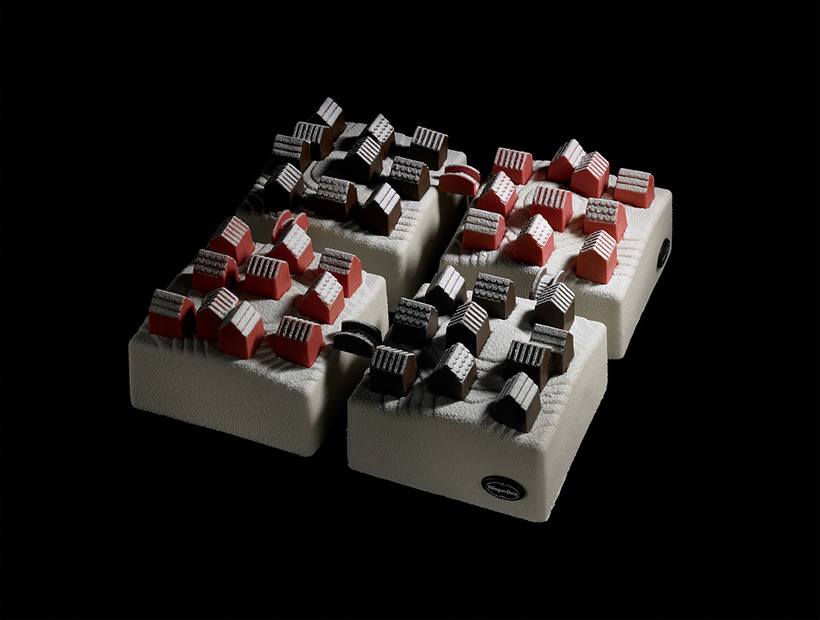 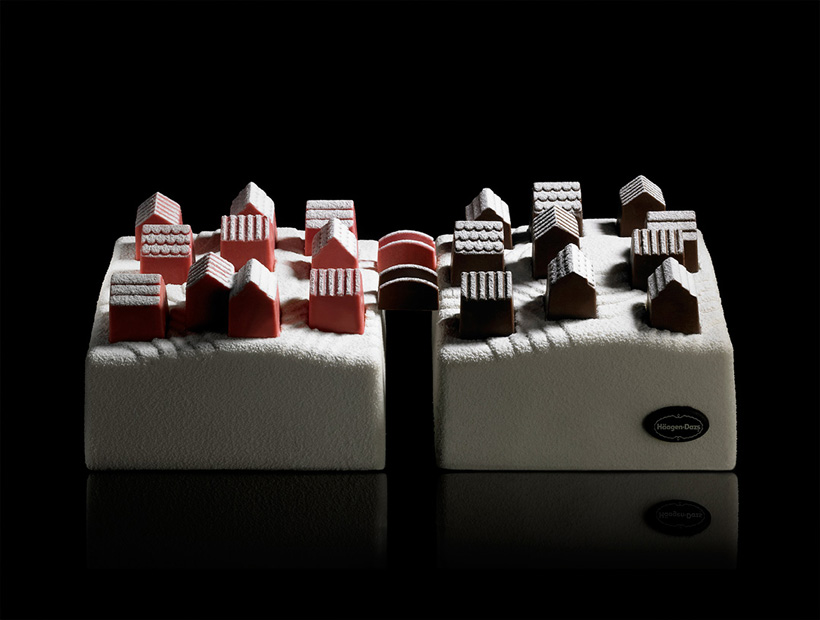 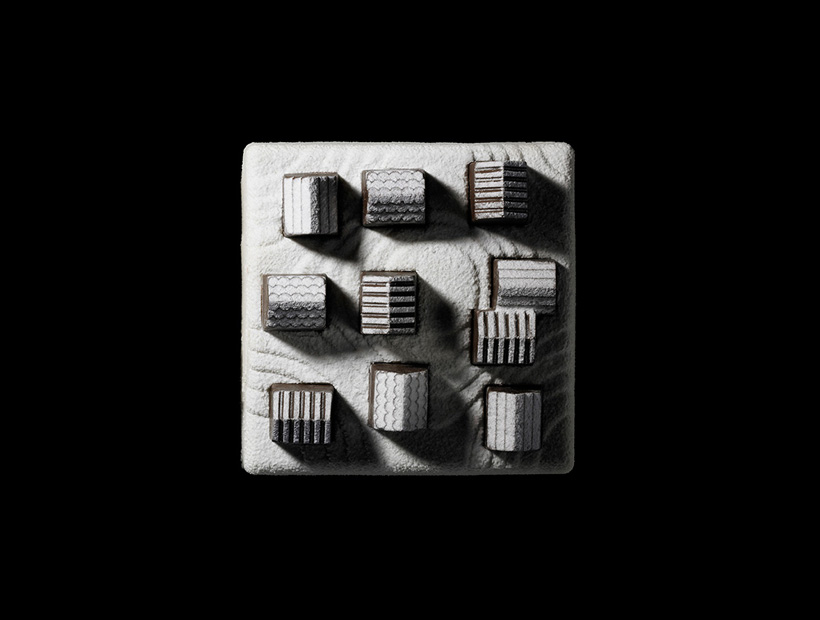 Nendo, Village, 2014
This holiday, the citizens of Paris can bring a taste of a village, home to their village. Each ice cream cake features an undulating landscape dotted with milk chocolate “houses” blanketed in powdered sugar “snow.” The rooftops are engraved with different patterns and each cluster of houses invokes the “warmth and cheer,” of celebrating the holidays. Nendo’s ice cream cake is designed to be enjoyed with loved ones and has a scaleable feature that could feed…a whole village. 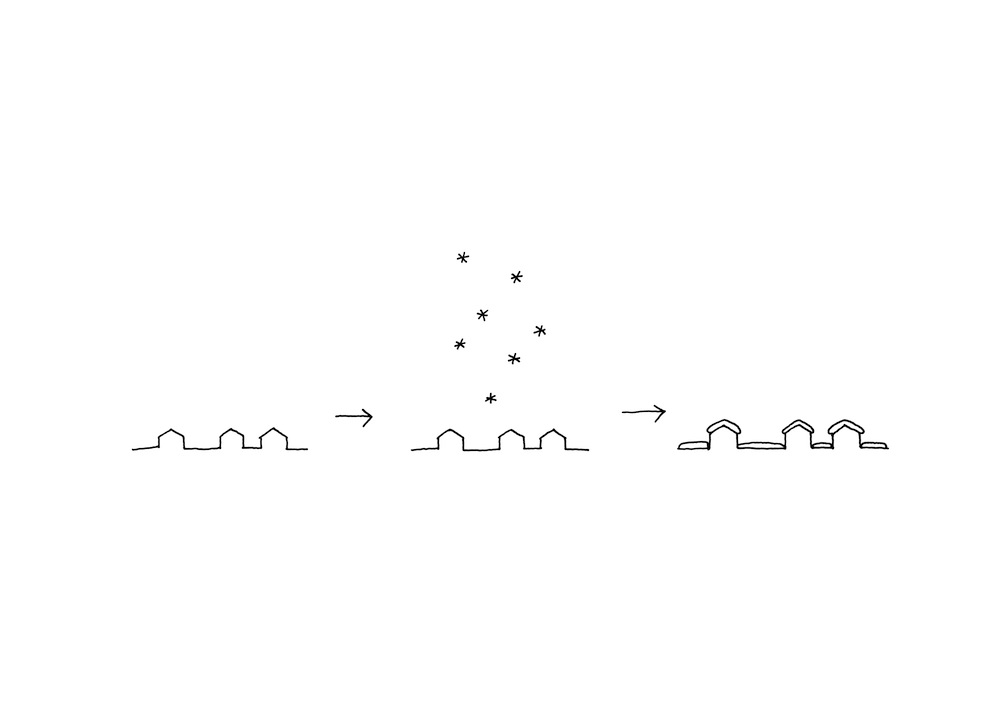 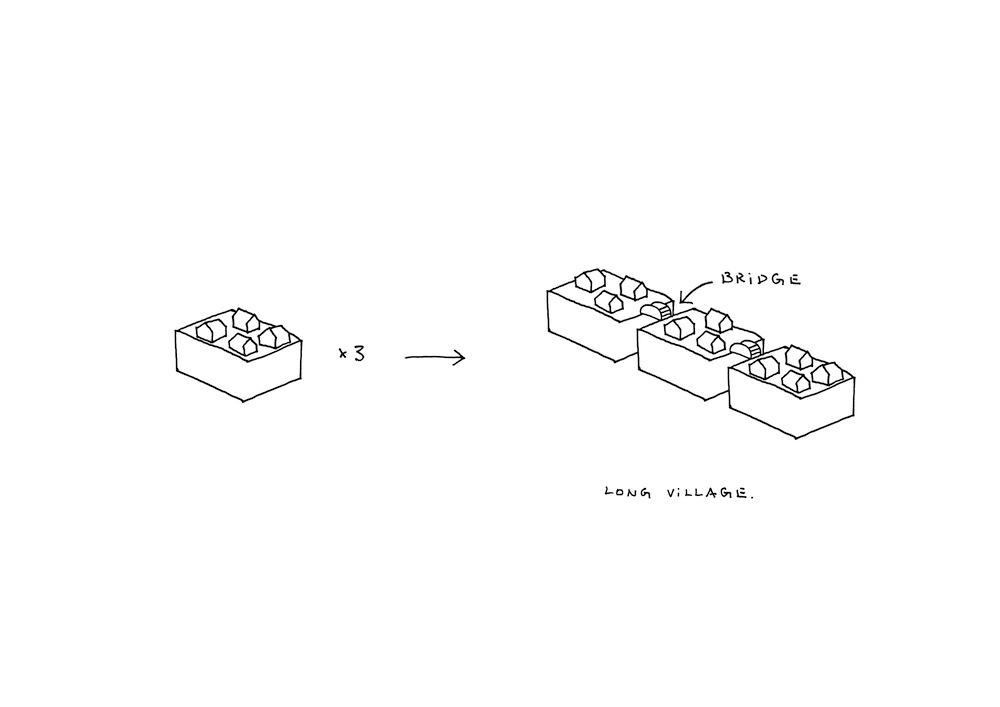 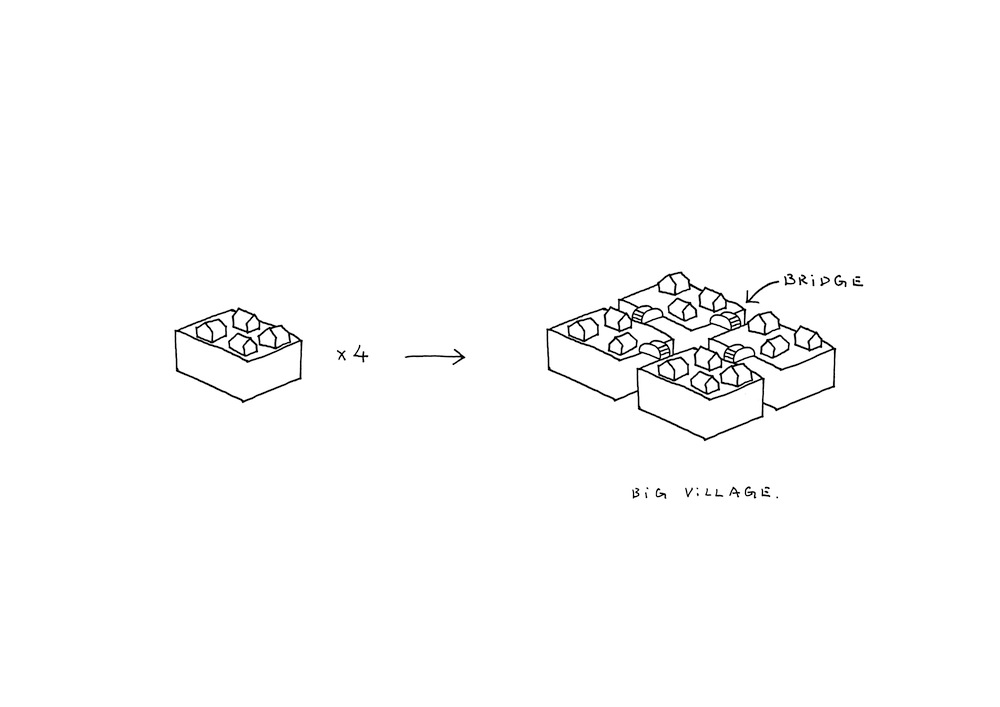 With more than a small group to feed, customers can buy multiples of the Village that can be joined with a chocolate “bridge.” The surface of the cakes are designed so that the cakes can be joined together regardless of their configuration. Village will be available at the Häagen-Dazs shop on the Champs Élysées in Paris and comes in two flavors: a caramel and nut-based cake with milk chocolate houses, and an orange and dried fruit-based cake with berry-scented chocolate houses. 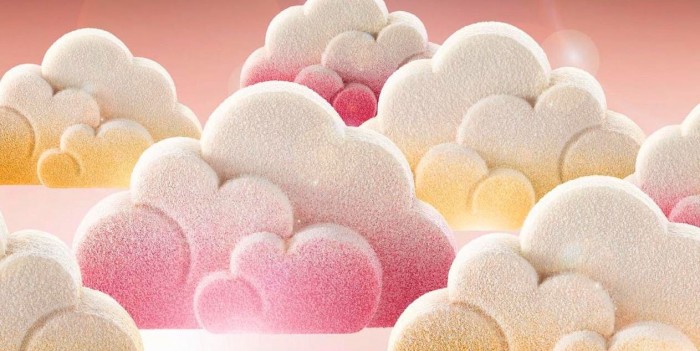 Front, The Cloud, 2013
Last year, the Swedish design group Front created an hombre ice cream Cloud for the Häagen-Dazs holiday cake. “As Scandinavians, snow is an essential part of our winters. We were inspired by how the snow clouds in the north transform the landscape, we made an ice cream snow cloud that sprinkles snowflakes on your plate,” the group explains. 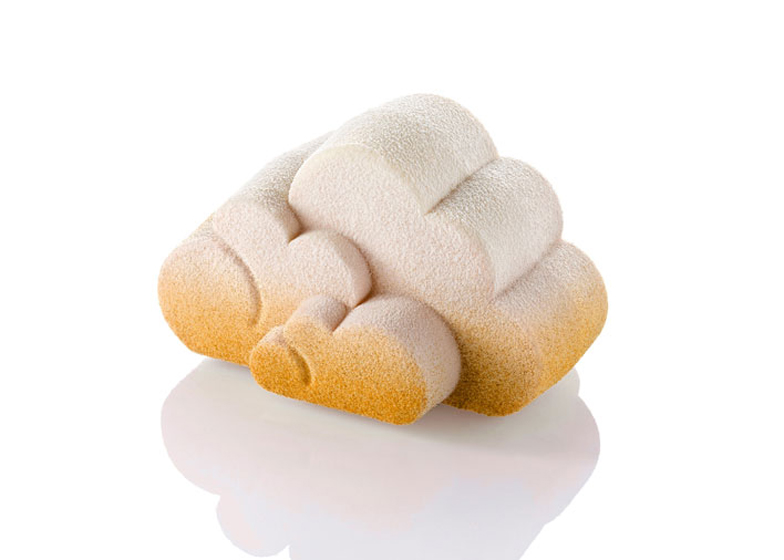 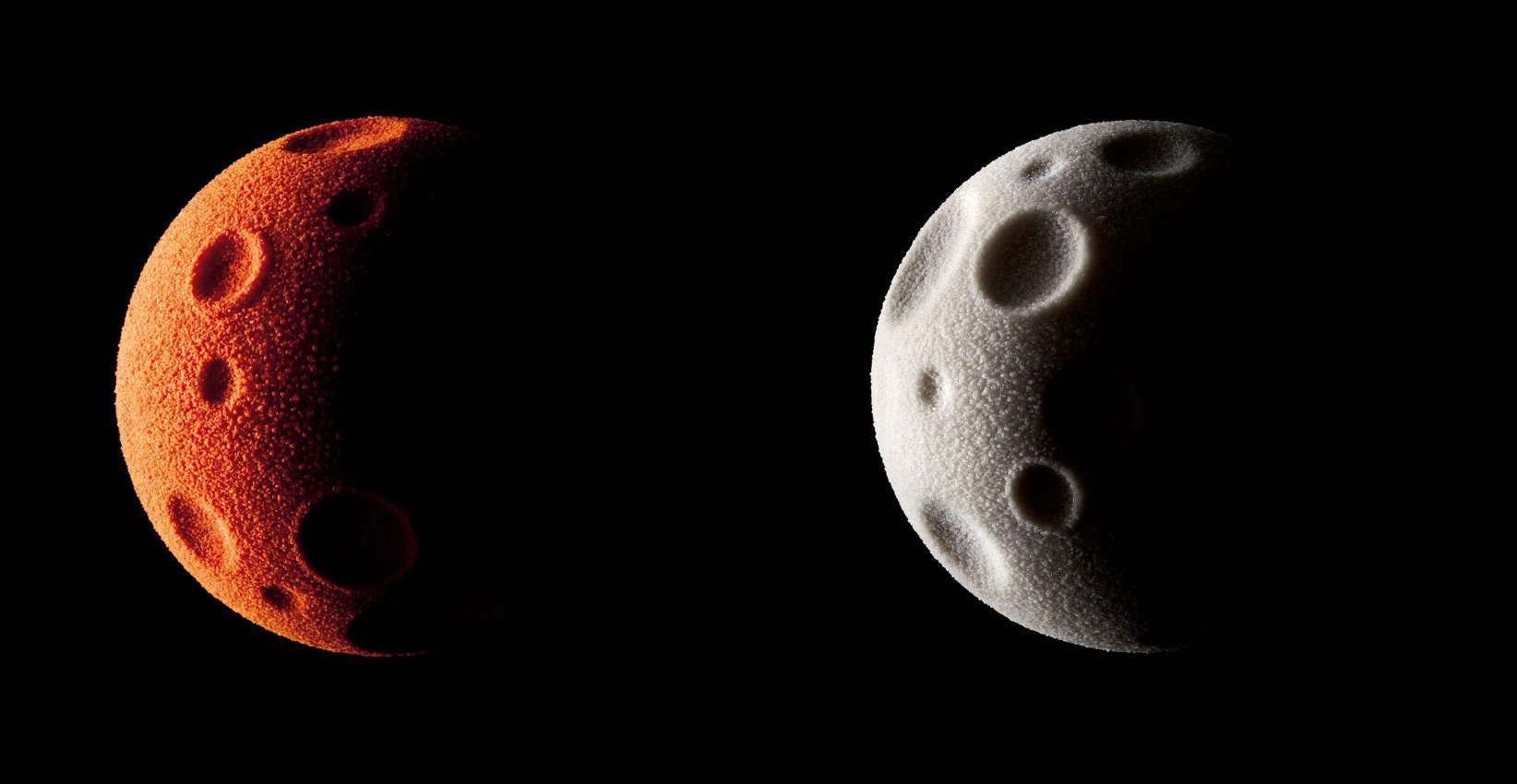 Doshi-Levien, Ice Moon, 2012
Holiday or not, the spherical ice cream bombes created by Doshi Levien for Häagen-Dazs had all the excitement and food fun that would be appropriate any time of year. Inspired by “Georges Méliès’ 1902 silent film Le Voyage dans la Lune, Armenian surrealist Léon Tutundjian’s relief work of 1929 and a childhood Bollywood song about an edible moon made of ice cream” the Ice Moon has elements of fantasy and adventure that leveraged the material at hand: ice cream.

“Our concept is almost spherical, so the ice cream has to be moulded in two separate parts and then put together without seeing the join,” explain the designers in an interview with Dezeen. “We love the ephemeral nature of ice cream and design to be eaten; we never had a design meeting before in which we ate the prototype.”