Think plastic is disposable? Not so, says a new wave of eco-conscious designers. Ever since the 1980s when a mass of disposed plastic and debris was discovered in the north Pacific, the importance of investing products that reduce pollution has motivated artists to transform the public perception of plastic from a one-time use item to a long-lasting product. Here are three designers that prove plastic deserves a permanent place in the home. Founded by a pair of Australian designers in 2010, Supercyclers champions projects that explore the potential of plastic. One of their most recent projects repurposes bakelite disposed in the ocean into a variety of marbled tableware. A variety of designers have contributed pieces, ranging from salad serving bowls to Supercycler’s own bento box. Each item imbues the stiff plastic with movement while making it resemble stone. Plastic no longer appears as a static object, but rather as a dynamic tool able to assume new shapes instead of clogging the ocean.

Like Supercyclers, Studio Swine is a UK based agency that offers a dynamic perspective on plastic, transforming the common material into unique sculptures. Their collection “gyrecraft” plays with the idea of the movement inherent in the ocean and uses plastics to embody water’s dynamism. This collection of five sculptures correspond the oceans’ five major gyres, a swirling portion of water that ends up collecting debris and waste from human activities. The third piece references the South Atlantic, where raucous waters divide South America, Africa and Antarctica. The piece combines a black speckled orb suspended in a golden frame. The juxtaposition of the solid frame and the glittering sphere highlights the difference between the common perception of water as pure and moving with plastic as industrial and static. While these attributes might seem divergent, Studio Swine’s sculpture invites viewers to reconsider this dichotomy. As London-based Australian designer Brodie Neill shows, ocean plastic and also be turned into furniture—there’s certainly enough of it. For Australia’s entry into London’s first Design Biennale in 2016, Neill created a navy terrazzo coffee table using plastic salvaged from waters in Tasmania, Hawaii and Cornwall. To make the terrazzo effect, Neill separated the plastic shards by color, before assembling them into a gradient with dark edges and a white center. The final product has a strikingly natural look, evoking the night sky or waves, in addition to stone terrazzo. Like the other projects, the natural effect mixed with the unsuspecting materials demonstrates the life inherent in seemingly static plastic. Neill’s furniture demonstrates how small pieces come together to create a magnitude, not just in our oceans but also in our homes.

While plastic might seem to be an inconsequential industrial products, these three designers encourage us to reconsider the dichotomy between natural/unnatural. The epidemic of ocean plastics demonstrates that plastic waste doesn’t disappear, but impinges on the natural world. By taking back these plastics and using them as a base for new homewares, furniture and art, designers encourage us to face the magnitude of the problem, while also helping to alleviate the pollution with products that anyone would be happy to have in their home. 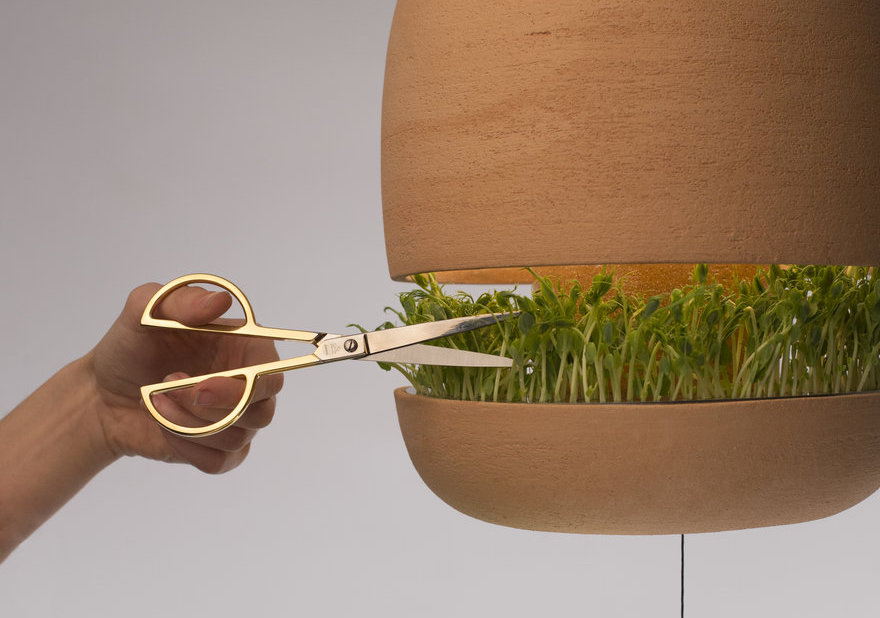 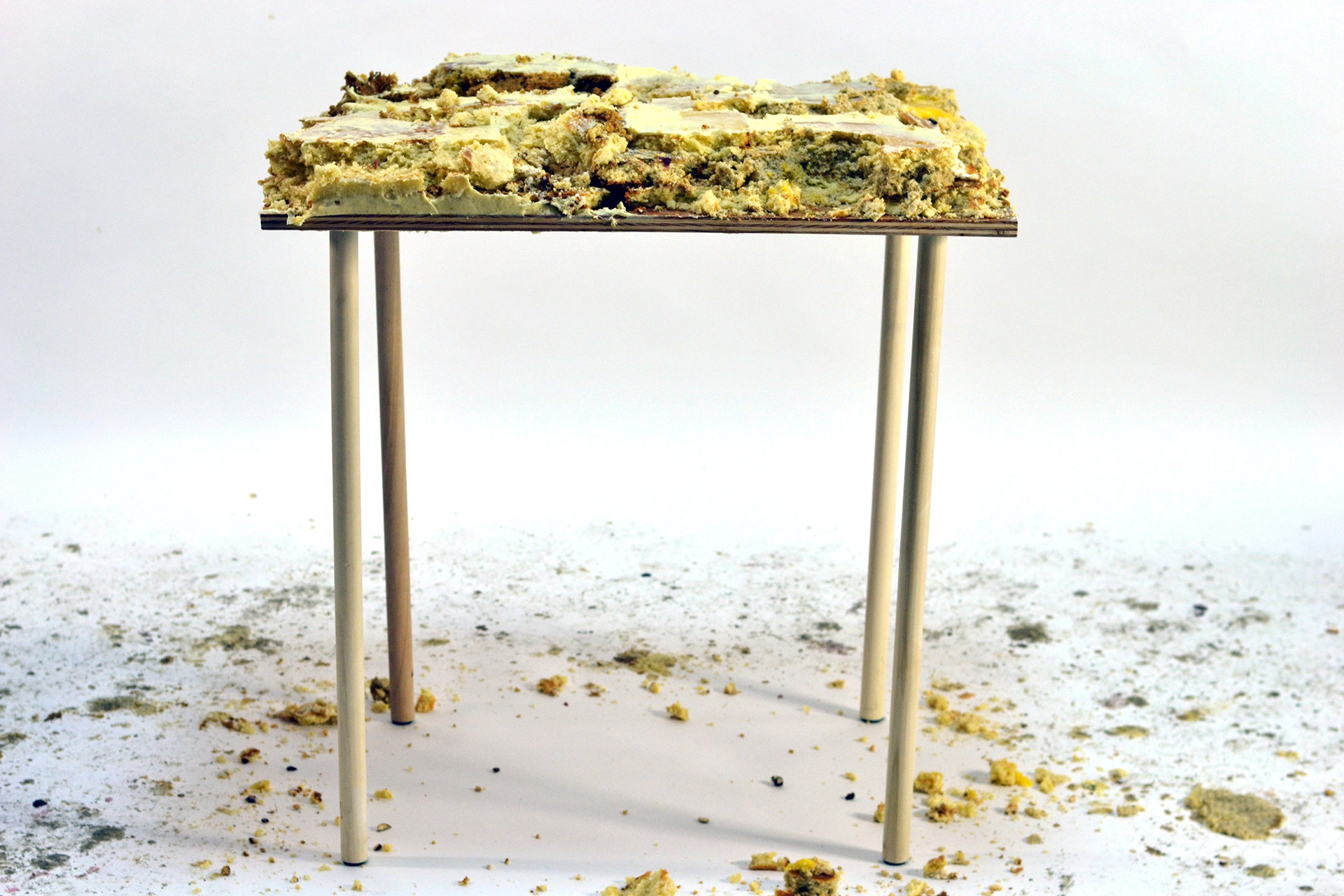 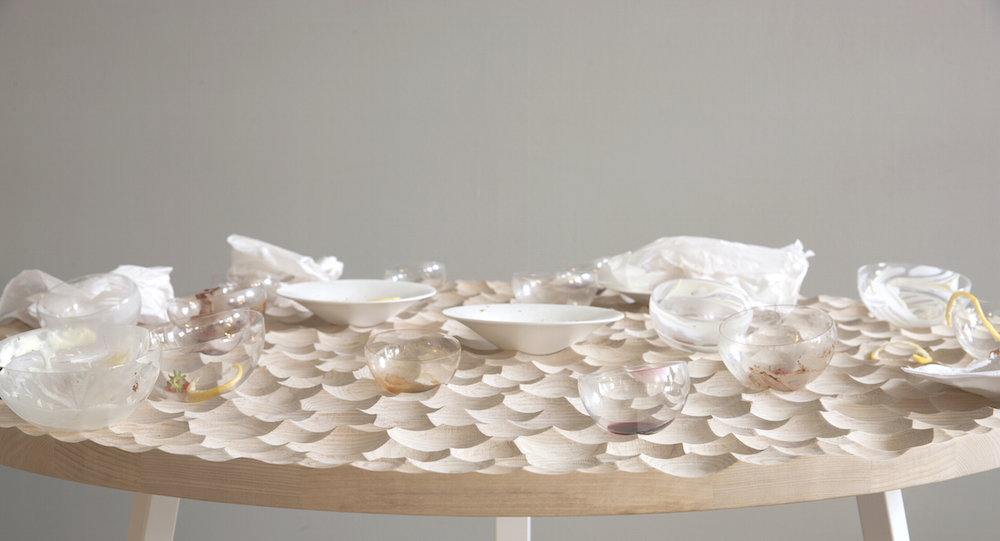 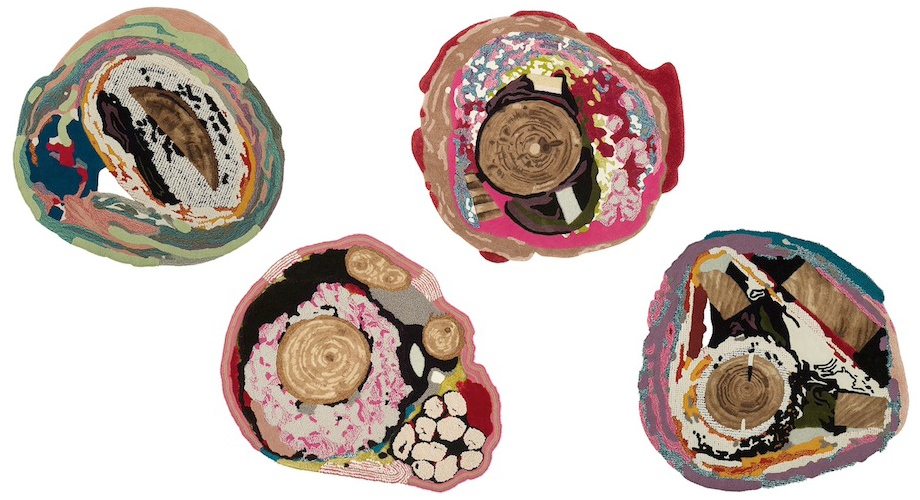 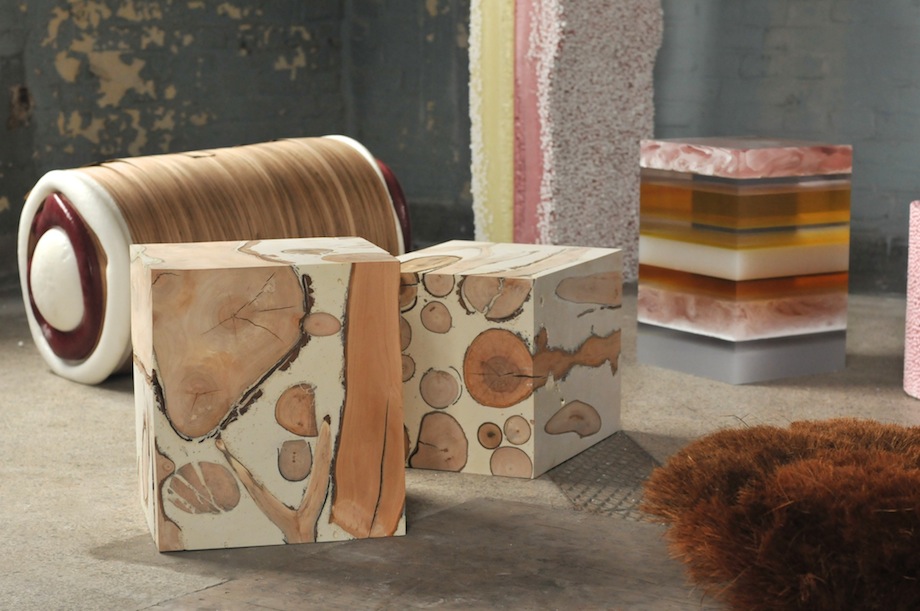 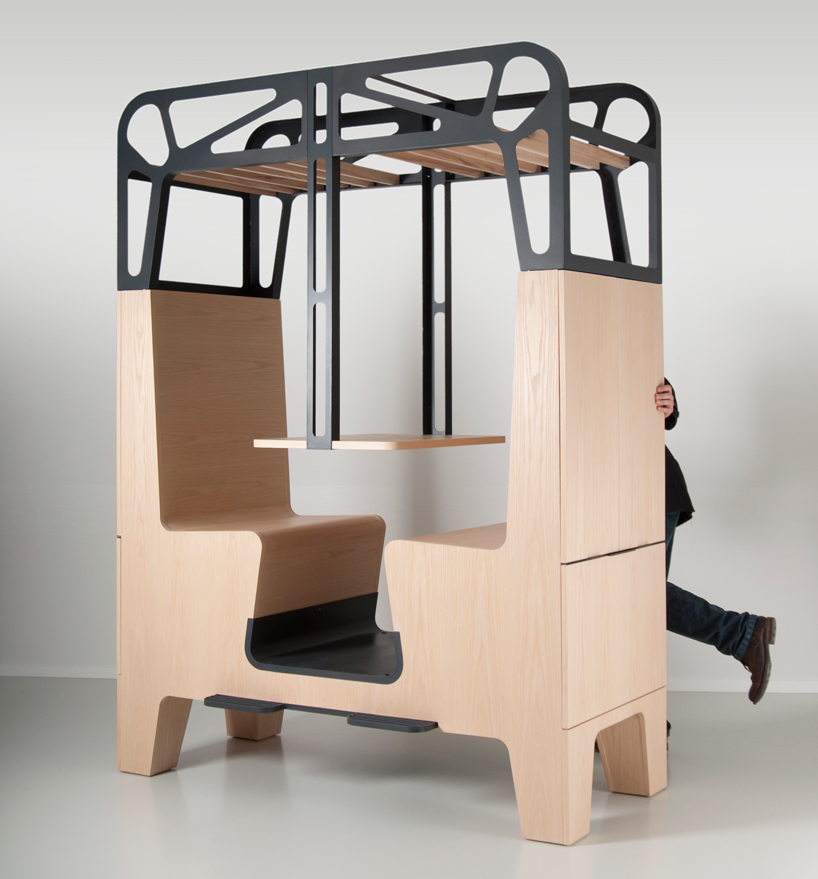