The De-Extinction Deli is a fantastical market stand designed to highlight the emerging technologies, risks and outcomes of the growing movement to revive, rear and possibly eat, extinct species. Visitors can learn about the de-extinction debate from the Deli’s representatives and through the Deli’s interactive environment. 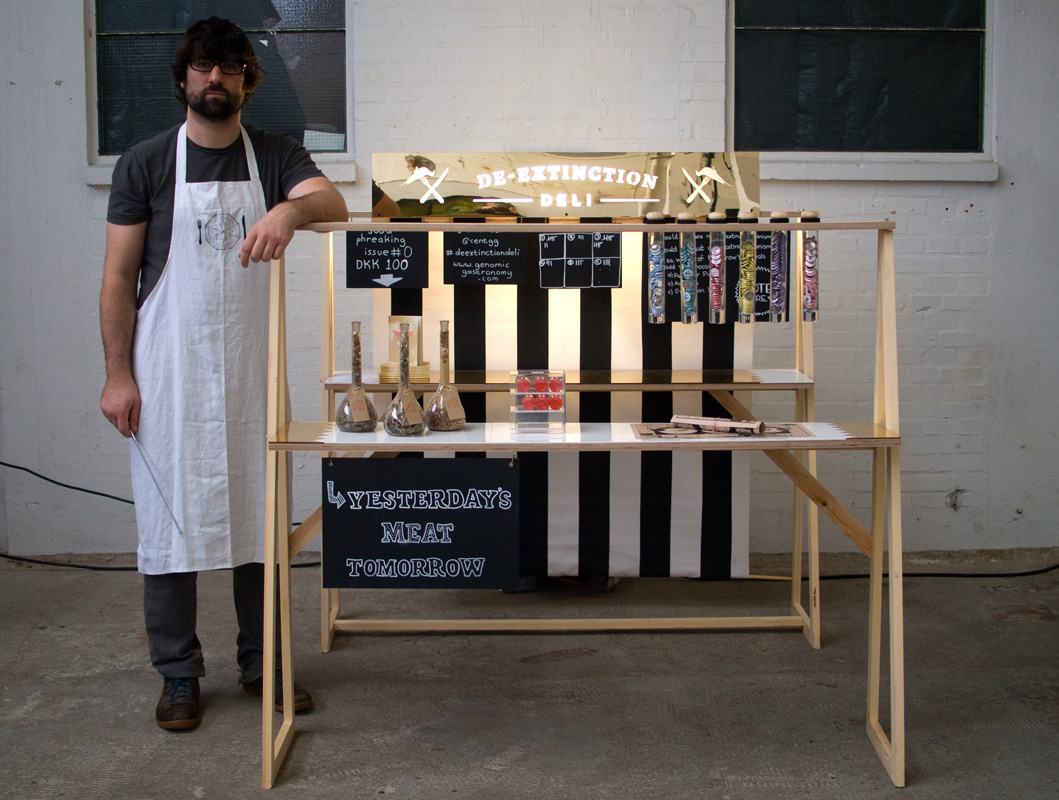 The market stand includes butcher paper infographic take-aways, representations of extinct animal habitats, and an ongoing poll, tallying public opinions about the art and science of de-extinction. Visitors receive badges indicating their choices and have the option to write and mail pre-addressed postcards to leading researchers and thinkers in the field of de-extinction.

What is the role of de-extinction? What is the motivation? And what are the unintended consequences? Will de-extinct species have a habitat? And will they have a place on deli shelves?

De-Extinction Deli (To Go) builds on the original De-Extinction Deli market stand by offering visitors the opportunity to write and mail pre-addressed postcards to leading researchers and thinkers in the field of de-extinction. This version of the project from the Victoria and Albert Museum’s Friday Late program is an homage to Stewart Brand’s earliest projects NASA IMAGES OF EARTH. 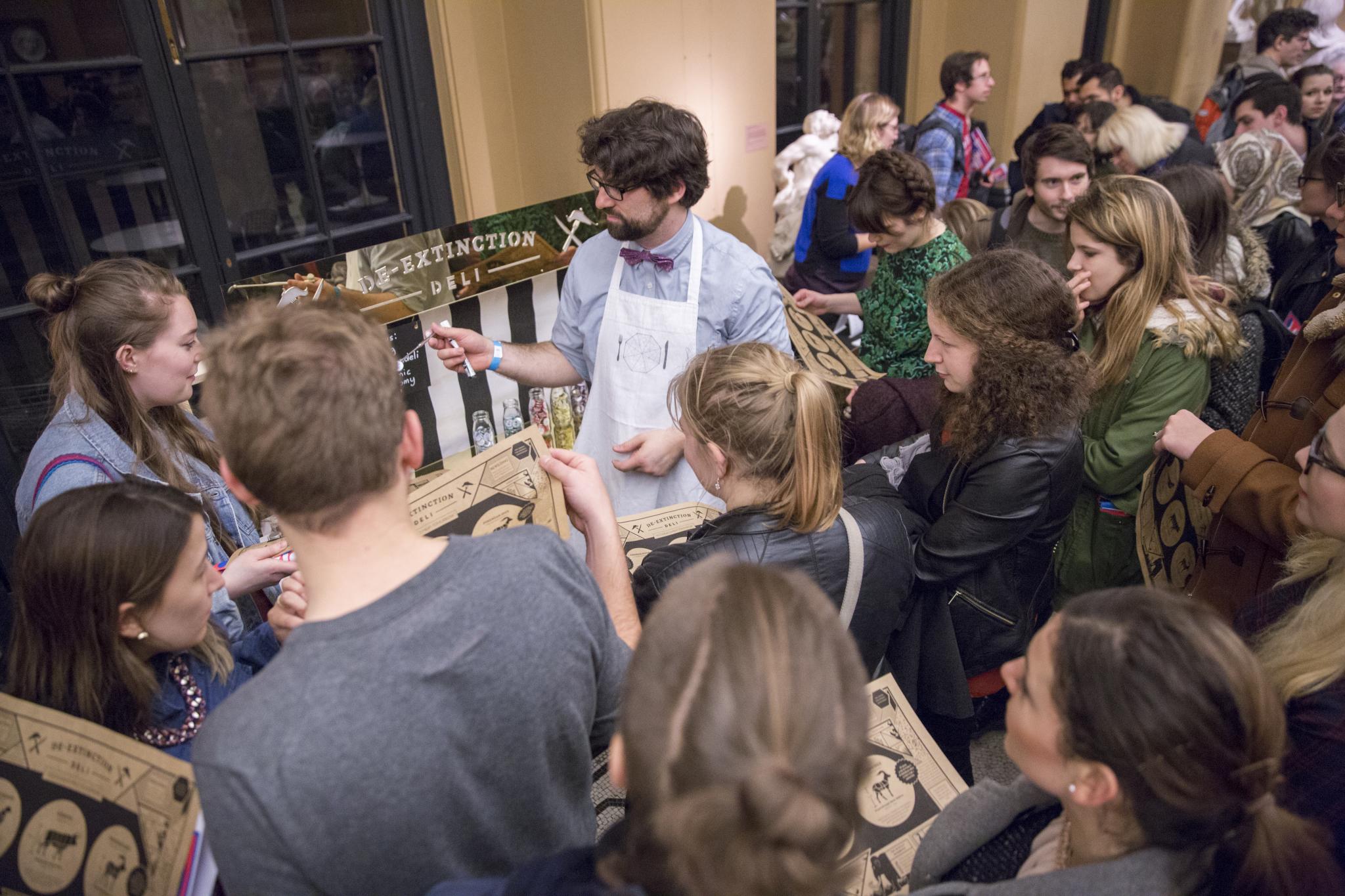 “In 1966, Brand campaigned to have NASA release the then-rumored satellite image of the entire Earth as seen from space. He sold and distributed buttons for 25 cents each asking, ‘Why haven’t we seen a photograph of the whole Earth yet?'” Mr. Brand is one of the postcard recipients.

“I think Stewart Brand is probably the most important artist of the last half century even if I don’t always agree with his perspectives and positions.” Zach Denfeld of the Center for Genomic Gastronomy tells MOLD. “Paralleling the hopeful/paranoid question that Stewart Brand asked about NASA intentions, we are now asking a hopeful/paranoid question about intentions of Brand’s Long Now Foundation that is coordinating efforts amongst scientists working in de-extinction: Will we de-extinct animals? Why? Who are they for? Will they live in zoos or in rewarded habitats? If we ate many of them to death the first time around, what makes us think we won’t eat some of them the second time around? Can we be hopeful that we WON’T eat de-extinct animals the second time around? Same question, different flavor: ‘What are we capable of?'” 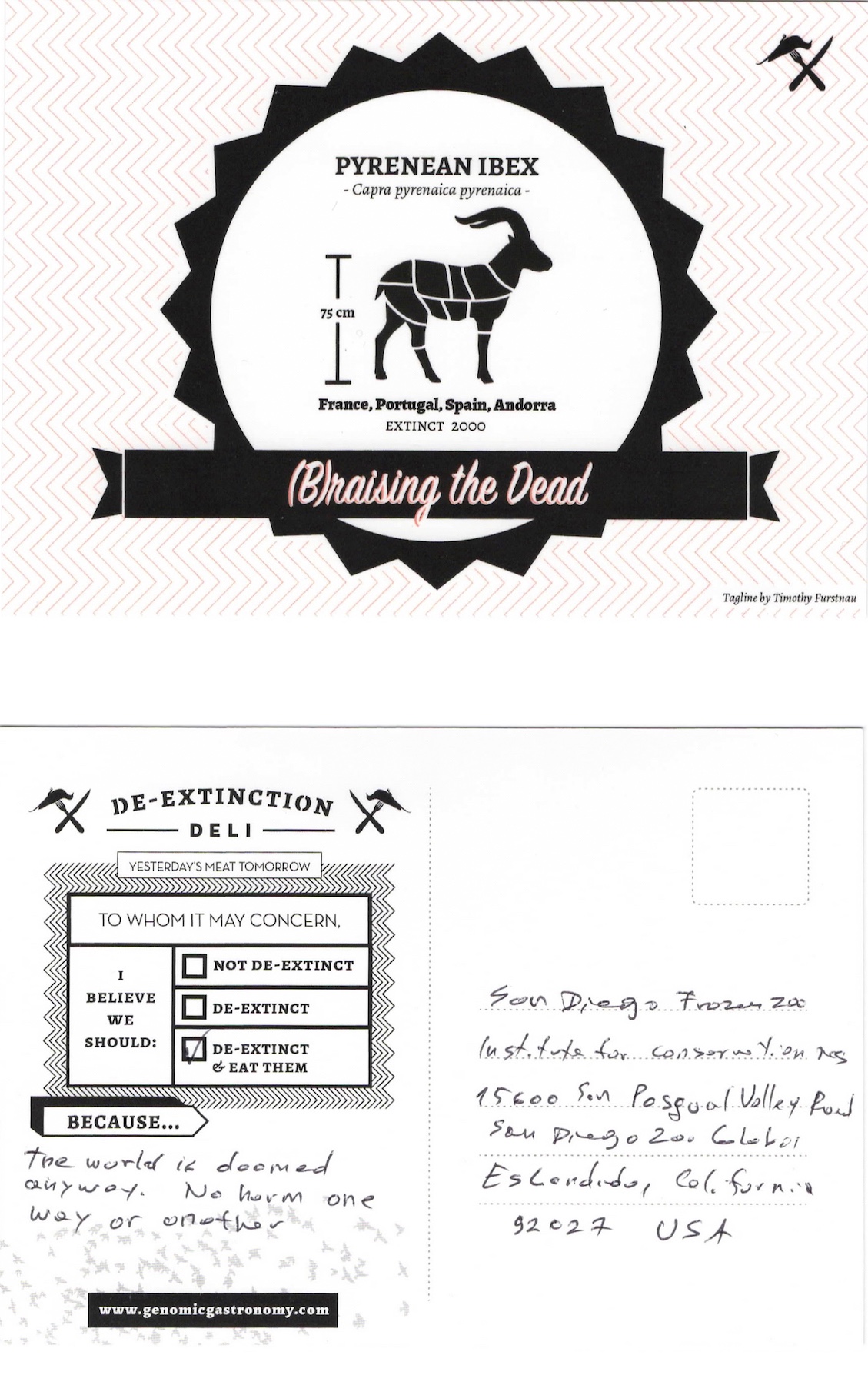 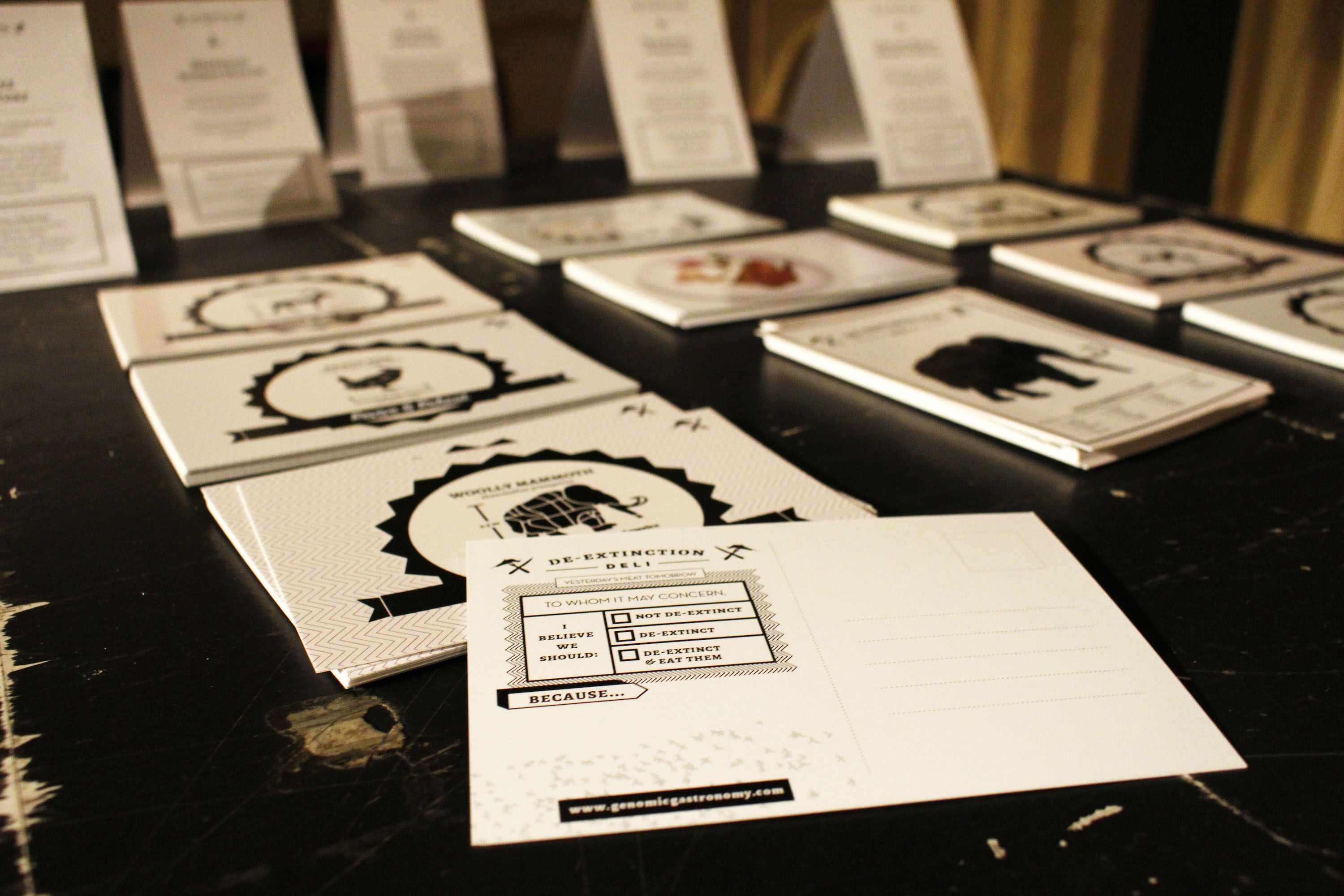 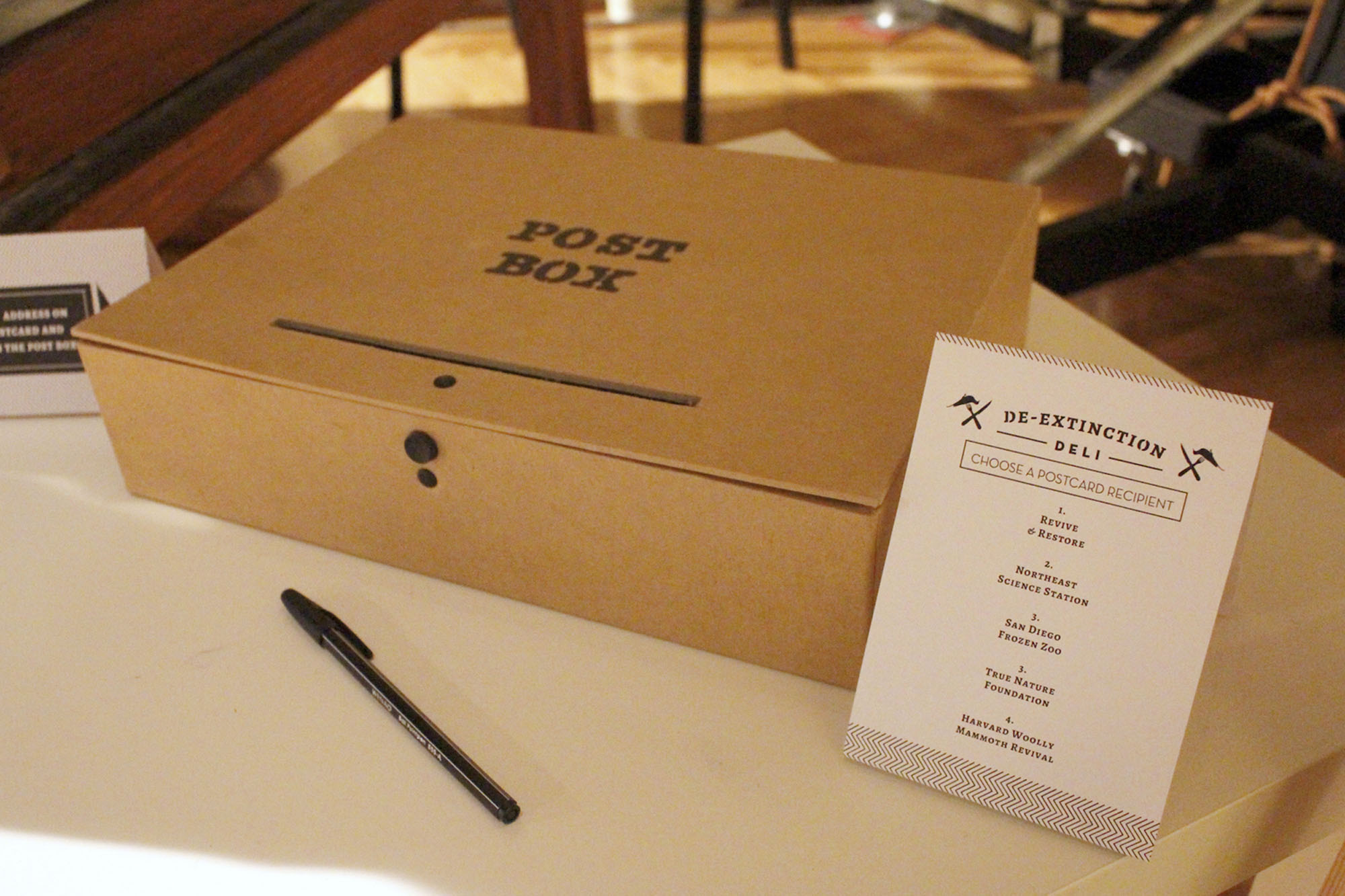