As Milan recovers from the record 343K visitors to the 56th annual Salone del Mobile, the largest and oldest-running design fair in the world, the city is now preparing for an emerging fair whose keynote speaker is the former President of the United States, Barack Obama. Instead of furniture and lighting professionals, Seeds&Chips is set to galvanize the food industry. A four-day conversation on how technology and the business of food collide, this year the organizers have partnered with Tuttofood, known as the “fancy food show of Italy.” With 78K visitors in 2015, attendance is projected to double. Many additional events outside of the Fiera convention center will ignite food enthusiasts, including Taste Milano, where 20 local top chefs including Andrea Berton and Takeshi Iwai, will serve tastings over the course of four evenings.

Update May 9th, 2017: See the full speech of President Obama below

Highlights from the President’s hour and a half keynote speech include a call to address climate change to secure a food future: “Even if every country somehow puts the breaks on the emissions that exist today, climate change would still have impact on our world for years to come … We’ve already seen shrinking yields and spiking food prices that in some cases are leading to political instability,” he said. As well as reducing food waste, embracing new technologies and more. Watch the full keynote above. 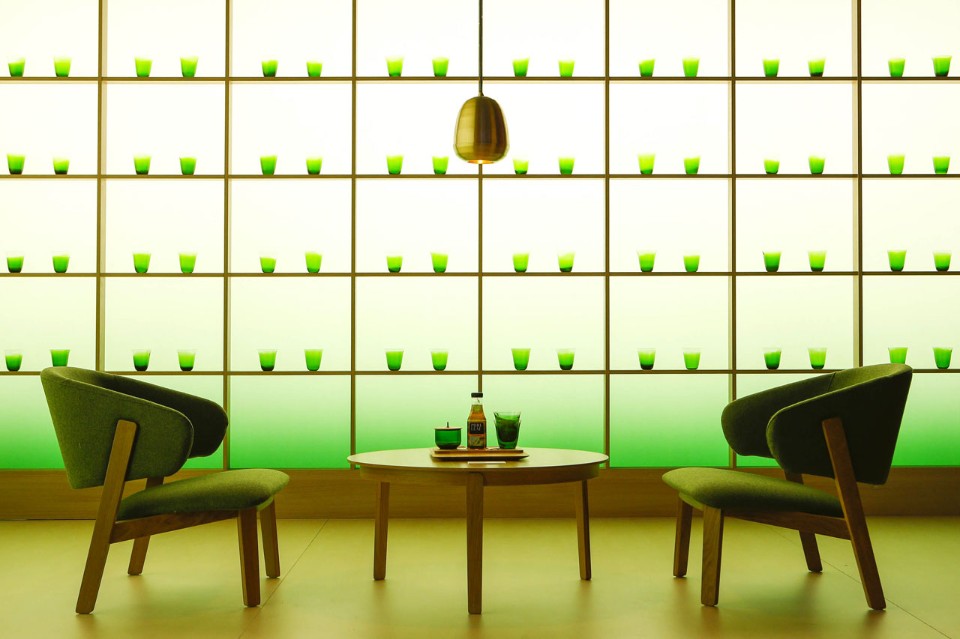 Milan’s signature design extravaganza every year, Fuorisalone (outside of Salone), blankets much of the city with exhibitions of all shapes and sizes. Multinationals often share their best-in-show of design here, including those flipping the switch on food tech. A mobile hydration-monitoring digital ecosystem for Gatorade was on view at PepsiCo who returned for its third consecutive year to via Tortona to showcase ideas out of the company’s Design & Innovation Center led by Mauro Porcini. Their installation, Mix it Up: Future of Memory, explored how food and drink are experienced in our hyper-connected society. 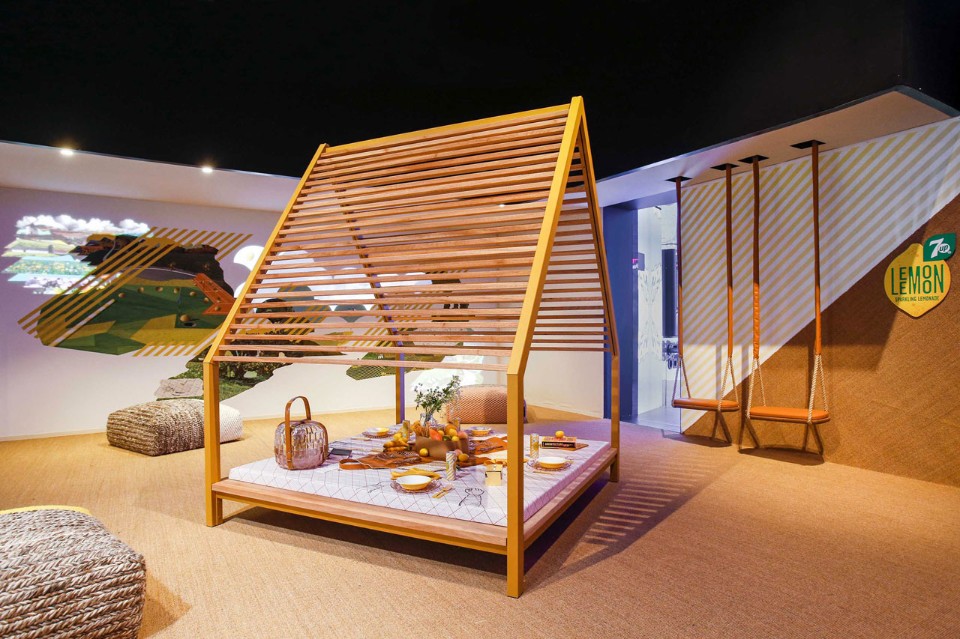 The exhibition included a star lineup of recent designer collaborations including Studio Job for LIFEWTR, Luca Nichetto for Pure Leaf and Patricia Urquiola for Lemon Lemon. With a focus on macro topics including the future of vending, a central bar designed by Mathieu Lehanneur and a showcase of their broad spectrum of brands—including the debut of Alvalle gazpacho, a clever collaboration with local Milanese chef Davide Oldani—the exhibition reminded visitors about the impact of design at the dinner table. 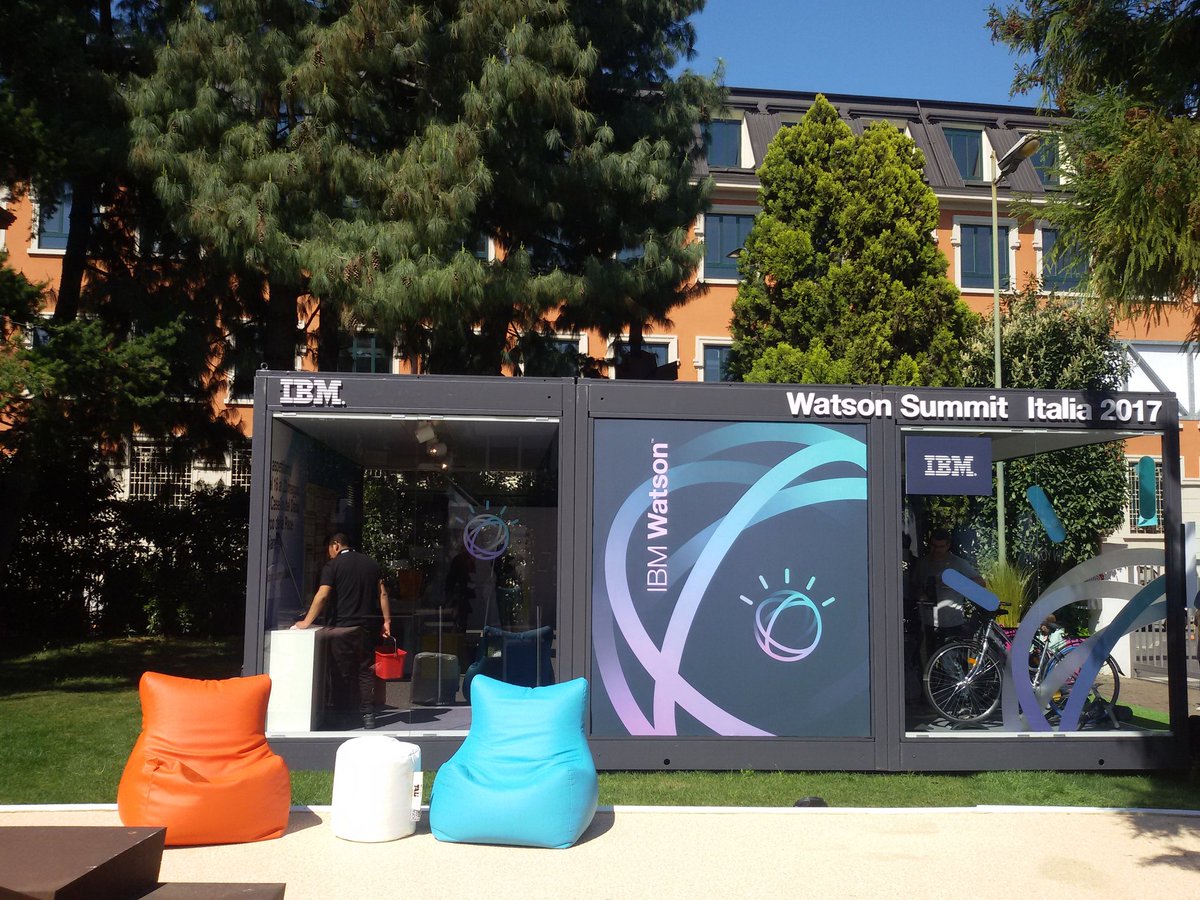 Newcomer to Milan Design Week, IBM, showcased how Watson, through its cognitive capabilities interacts with humans in natural language, increasing the potential and competences of experts in every sector including food. In partnership with IBM’s pop-up exhibition, Milan-based company InVRsion s.r.l, invited visitors to experience virtual reality simulations of grocery stores where Watson data serves in real-time, inviting new systems for e-commerce and market research. 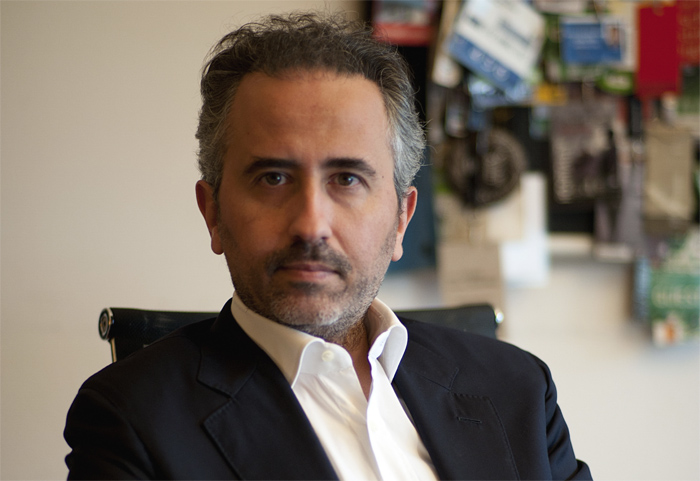 Behind Seeds&Chips’ rise to become the world-wide showcase of food tech start-ups attracting young companies from New Wave Foods to Aerofarms, is Marco Gualtieri. In 1997 at the age of 27, Gualtieri started TicketOne, a ticket sales and distribution company known as Italy’s equivalent of Ticketmaster. In 2010, he sold TicketOne and joined the Board of Directors of the Robert F. Kennedy Human Rights in Europe. While his passion for giving back to underserved communities grew, so did his voracity for building technology platforms. He co-founded Netcomm, the consortium of electronic commerce and in 2013, he founded Milano Cucina (the kitchen of Milan): a hub for start-ups and projects focused on food fueled by sustainability.

When you visit Gualtieri in his office off Corso Sempione, which houses three start-ups in addition to the Seeds&Chips team, the feeling of support for youth in tech thriving in Milan is unwavering, if almost obsessive. On Gualtieri’s wall is a collection of conference badges, several hundred deep, as well as a framed invitation to Barack Obama’s first presidential inauguration.

“Marco’s vision for Seeds&Chips has always been much bigger. He is always thinking about the size of the Expo,” said Sharon Cittone who has programmed the content for Seeds&Chips since the first edition in March 2015. Last year, Cittone assembled a large exposition, 30 panel discussions and a start-up pitch competition with a focus on bringing international voices from around the globe.

“We invited Mitchell Davis, Vice President of the James Beard Foundation, to the first Seeds&Chips and he’s been an ambassador for us, returning every year. Global leaders in the sector like Danielle Gould of Food+Tech Connect, showed up in 2015 when no one knew who we were. She has been integral,” said Cittone.

While Milan may be quiet after Design Week, the buzz of Barack Obama’s visit to Milan on May 9th has everyone wondering if Michelle Obama will join him. It was Mrs. Obama’s presidential visit during Expo that planted the seed for his visit. Later during Expo’s final month as part of World Food Day, the director of the “Let’s Move” campaign and the Obama’s personal chef Sam Kass met Gualtieri at the USA Pavilion. He invited Kass back to Milan for Seeds&Chips and he agreed.

While the big question on everyone’s mind is what the legacy of Expo might be–as May 1st marks two years since it opened—Seeds&Chips is no doubt providing many answers. Milan’s mayor Giuseppe Sala was the chief Commissioner General of Expo and will greet President Obama with open arms.

“We’re putting Milan on the map as a city of food. Seeds&Chips is a place for startups from all over the world to be heard. It is where no one knows who you are and you’re asking people to invest in your idea,” says Cittone.