It took the Intergovernmental Panel on Climate Change (IPCC) thirty-two years and six reports to acknowledge an ongoing phenomenon that first started when Europeans invaded the Caribbean in 1492 and subsequently took over the rest of the Americas. By mentioning modern colonization as a driving force for climate change, the IPCC joins the theories of the Anthropocene that spouse the beginning of colonialism with the start of a new era of geological changes at a planetary scale. Colonialism not only triggered the largest human decimation in 13,000 years (from 51~60 to 6 million of indigenous peoples after “exposure to diseases carried by Europeans, plus war, enslavement and famine”), but by establishing the first trade networks linking Europe, China, Africa, and the Americas it imposed an economic system based on plantation planning, economies, and labor at the global scale. The globalization of food systems was powered by slavery, and the demand for an inexhaustible labor force served as a driving factor for colonialism.

To address the roots of colonialism, is to engage with a deeply enmeshed relationship of violently occupied land, forced and alienated labor, and the extraction and commodification of food (among other resources). To think about the possibility of decolonization is to think about radically different relationships with production as well as to land and its resources. To decolonize food, both the land and the people must be free.

Contrary to the methods scientists and policy- makers use to measure climate change and its impacts — for example, the total net anthropogenic GHG (greenhouse gas) emissions— decolonization is often rendered a mysterious, undefined, and malleable concept. Measurements provide important benchmarks. For example, by determining GHG emissions, and in doing so also identifying greenhouse gases as an important driver of climate change, other initiatives are empowered to address its causes — fuel combustion, industrial processes, land use, and the emission of toxic gases. In this context, we ask what new rubrics can be used to consider the effects of colonialism? How would the net colonial footprint in Haiti be measured, taking into consideration how it went from being the most lucrative colony on the world, with 8000 plantations powered by enslaved Africans (producing the largest quantity of sugar and coffee in the world), to having to pay French slaveholders and their descendants the equivalent of between $20 and $30 billion (in today’s dollars) after winning their independence? What would be an approximate estimate of the colonial footprint in Puerto Rico, the world’s oldest colony, after losing all sovereignty in 1493? How can the scientific knowledge that considers atomic particles and temperature changes on the earth, be used to estimate the mathematical magnitude of all the extraction that has taken place, of all the lives lost, of the irreversible damage to the soil, the political erosion, the civil unrest, the infrastructures of oppression in all the colonies around the world? Could a colonial footprint allow policymakers, scientists, planners, organizers, and civilians to set goals, similar to what the IPCC hopes to achieve? Would the acknowledgement of the colonial footprint motivate radical forms of reparations and decolonial tax? How can food systems be decolonized while the land, and the people are still pressured by obfuscated colonial forces?

Outside of rubrics, decolonization is happening and can continue to happen through land restitution, reparations, and repatriations that address that which has been spoliated by colonization. From 1492 to 1914 80% of the world was colonized by Europe. As the rest of the planet continues to struggle with the aftermath, many are taking matters into their own hands by building alternative models that are assembling a decolonial future. Whether it is through the formation of armed forces, as is the case of the EZLN (Zapatista Army of National Liberation) in Chiapas, or navigating around the political restraints of an ongoing colonial political system with grassroots movements, as is the case in Puerto Rico, these models offer insight into what potential decolonial food systems can look like.

Under the ethos “without food there is no resistance,” the EZLN, has implemented a political practice that centers around regional and community-based agroecology committees who are tasked with helping autonomous communities transition from conventional agriculture to agro-ecological agriculture. This looks like rejecting agro-chemicals while fomenting community-based food production collectives, and implementing agro-biodiversity conservation programs.  Through these committees, the EZLN seeks to revert the devastating effects of free trade and neoliberalism, addressing matters such as: the flooding of local maize markets with cheap imports (which also put local farmers at a disadvantage), the privatization of credit and marketing agencies that previously helped farmers, as well as the elimination of essential services which has led to accelerated rural impoverishment and migration. Under the military leadership of the Comité Clandestino Indígena Revolucionario (Clandestine Revolutionary Indigenous Committee CCRI), and the civil organizing of juntas de buen gobierno (good-government juntas), which function in centers called caracoles, the EZLN has been able to strengthen local economies by providing training as well as market opportunities for small businesses. Additionally, the organization prioritizes independence from the paternalistic approach of the state government (for example, Zapatistas cannot accept any funds from government programs, including agricultural subsidies). In the same way that the armed guerilla has been fundamental in the construction of a military Zapatista sovereignty, for the EZLN, native maize and the milpa are tools of resistance as social relations and seed exchange become essential for biodiverse agricultural reproduction and for social sustenance.

Meanwhile, in Puerto Rico with its 529-year-old long colonial history, the local population (and diaspora) continues to live under a series of restrictive colonial laws that include the Jones Act. The undemocratically enforced military and commercial regulation has been in place since 1920, requiring that goods shipped from one US port to another be transported on a ship that is US-built, owned, and crewed. Among the many colonial regulations, the Jones Act makes the basic shipment of goods to and from Puerto Rico unnecessarily expensive, making trade asymmetrically unfair for Puerto Ricans and driving up the cost of living on the archipelago. In response, grassroots organizations have worked to mitigate the negative impact of colonialism by developing ways to feed the people with sustainable small-scale practices that challenge the current political infrastructure and avoid further harm to the environment , all while fostering networks of solidarity.
At the intersection of agriculture, pedagogy, ecological justice, and activism, many of the local collectives and practices have established networks of mutual aid among agroecological farmers across the archipelago. By training future producers and promoters, Puerto Rican grassroots organizations help to retain ancestral agricultural knowledge, preserve local dishes and juices, and politically organize against the destruction and commodification of agricultural land.

Despite having an abundance of fertile land and a tropical climate that could allow farmers to harvest food throughout the whole year, Puerto Rico imports over 80% of its food. Organizations like Josco Bravo, which provides training and education to agroecological producers in the foothills of the town of Toa Alta, and La Colmena Cimarrona, a collective organization based on the island-municipality of Vieques, are some of the projects working towards midwifing food sovereignty in the archipelago of Puerto Rico and the rest of the Antilles.

In her text Ch’ixinakax utxiwa: A reflection on decolonial practices and discourses, Silvia Rivera Cusicanqui describes the image of the “Indian Poet and Astrologer, one who knows how to grow food, decipher the marks of time-space and move around the world, beyond the contingencies of history.” Rivera Cusicanqui renders this worldmaker as a producer of food and a connoisseur of the cycles of the cosmos. In this case, the imaginary pushes for decolonization beyond its metaphoric stage.

These worldmakers not only would foster networks of solidarity (either armed as in the milpas of the EZLN or through the grassroot organizations in the archipelago of Puerto Rico) but would demand, with unrefusable political power, the return of the land, measures towards reparations and decolonial tax, and for models that challenge the exhausting productivism and commodifiable models of capitalist farming. While the IPCC can currently measure the effects of an industrial agriculture that changes plants to fit machines, decolonial imaginaries will aim to identify and reverse the effects of colonialist agriculture, or food systems that have historically changed the land (and the life on it) to fit the machine of global capitalism. 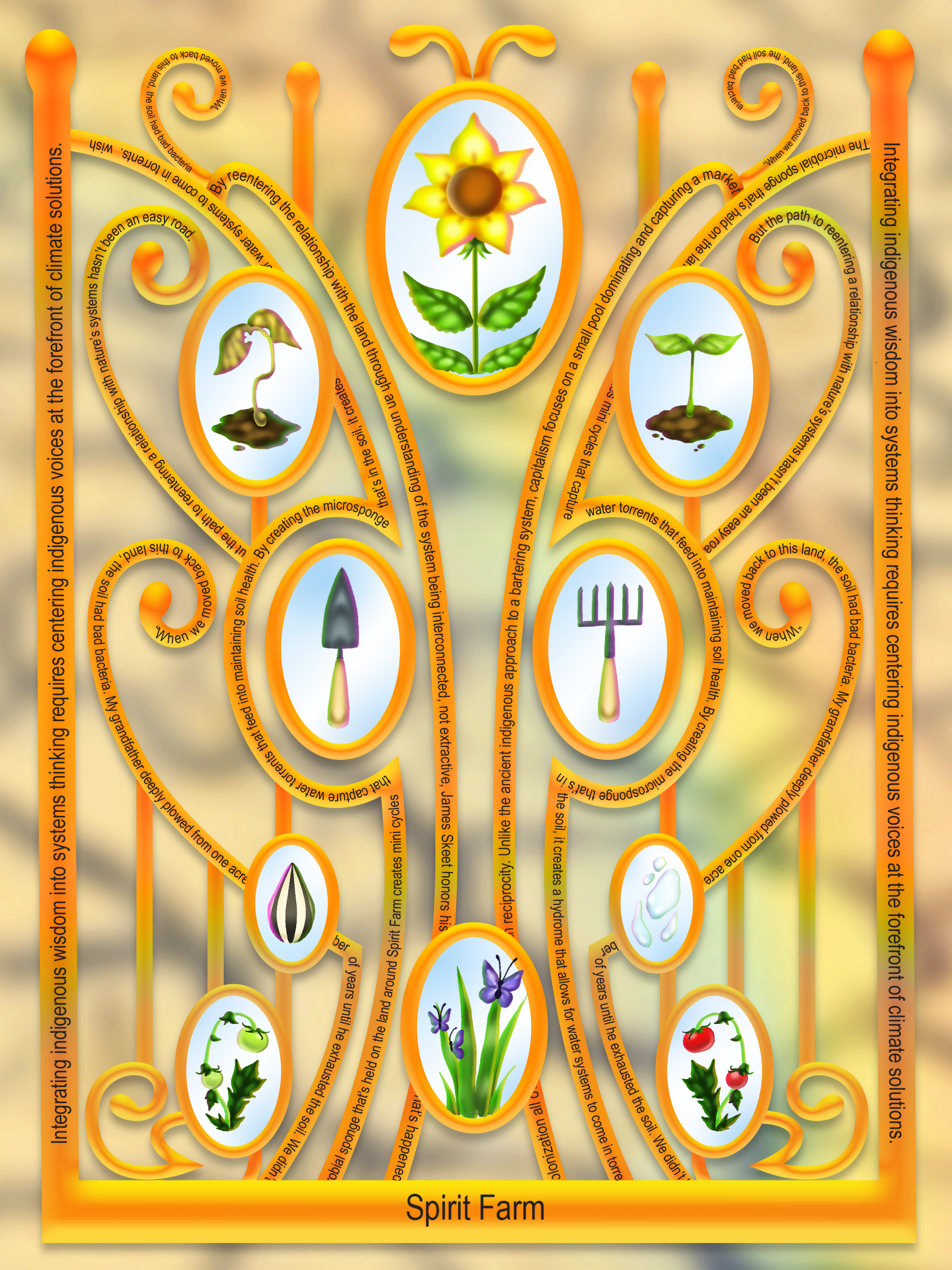 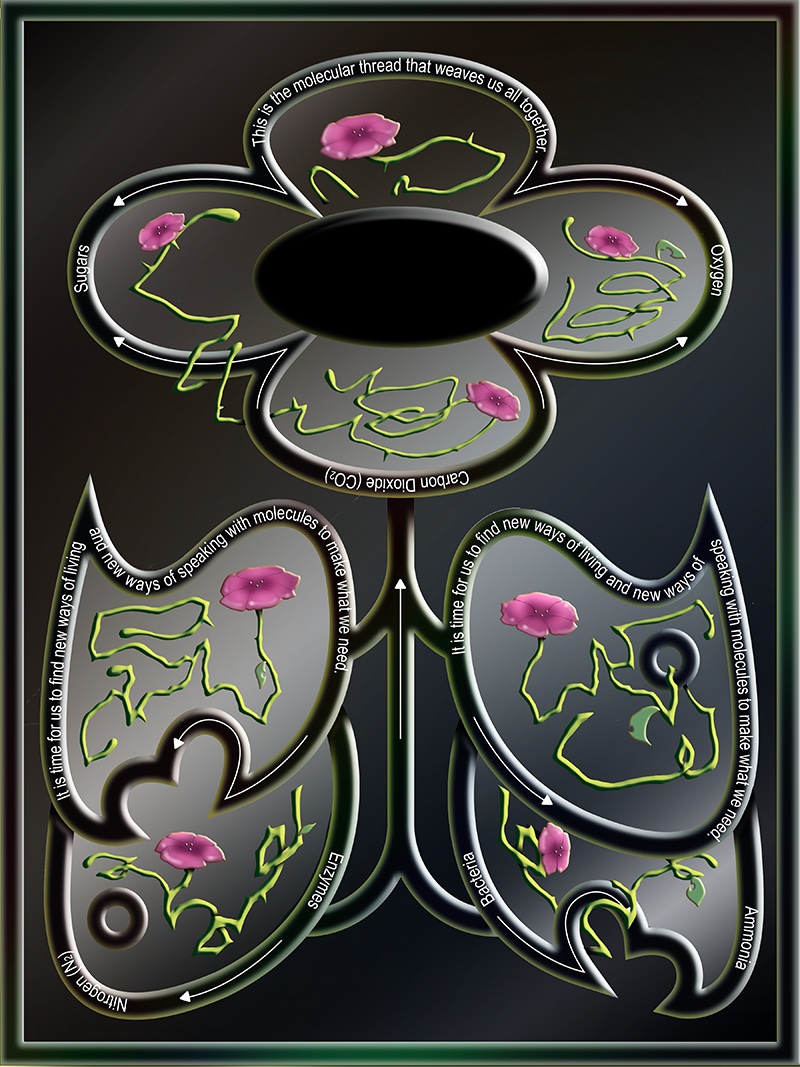 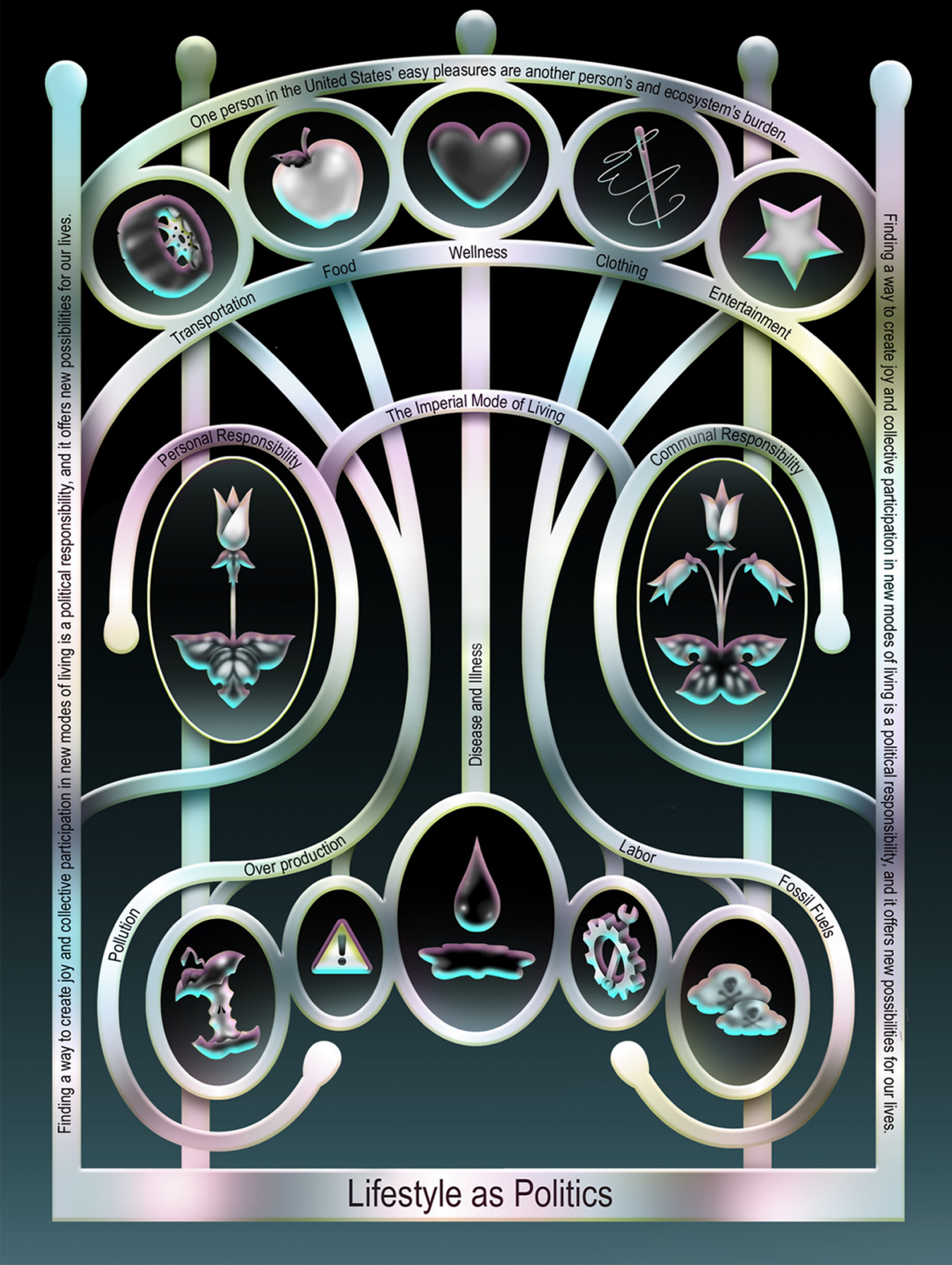