Terroir is a familiar term for wine aficionados and green market shoppers alike—the way that one can taste the time, place and conditions of which food is grown is one of the subtle pleasures of agrodiversity and locally grown foods. For those who enjoy the complexity of a nice glass of scotch, terroir defines the profile of single malts—from the fields of barley grown on the isles, pH of the Scottish waters to the location of the distillery itself. 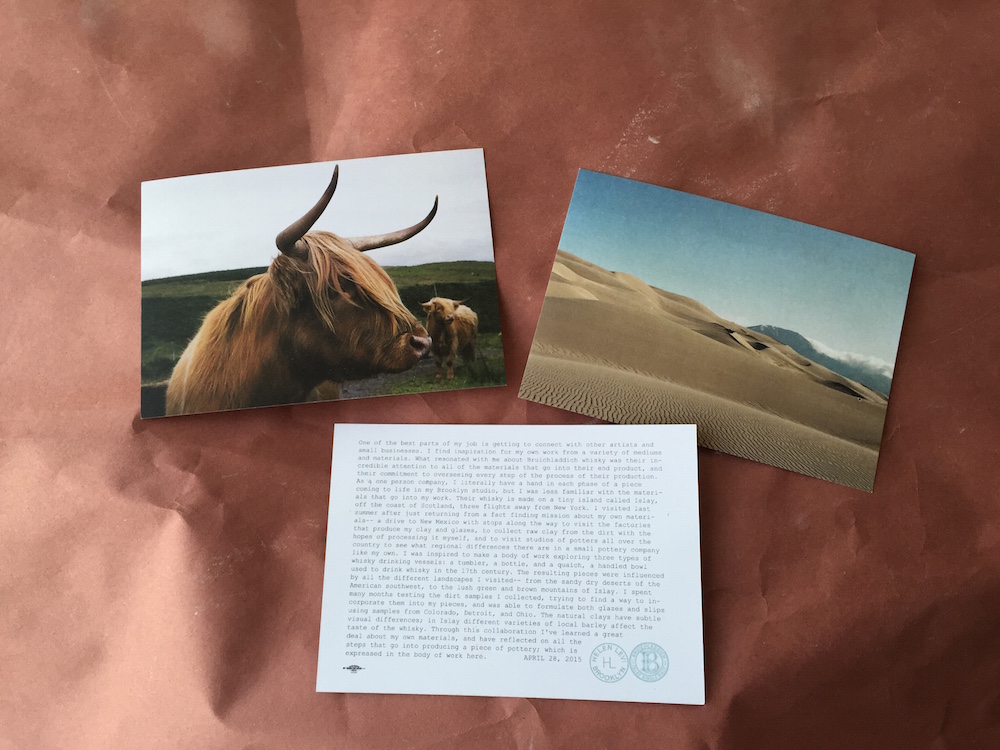 Photos from Levi’s road trip are also on view

When the single malt Scotch whisky distillers Bruichladdich approached the ceramicist and photographer Helen Levi about collaborating on a project, they invited Levi to visit the Bruichladdich distillery on the Scottish isle of Islay. Sharing their pride in knowing the source of all the ingredients that go into distilling Bruichladdich whisky, Levi was asked where the clay for her ceramics came from. She admitted that she did not know. Inspired by the idea of terroir, Levi set off on a road trip across the United States to visit clay and glaze manufacturers, collecting raw materials at each stop to create a ceramics collection with glazes and clay from each city. The Helen Levi for Bruichladdich collection reflects the shared value of the importance of the handmade and the beauty of terroir. 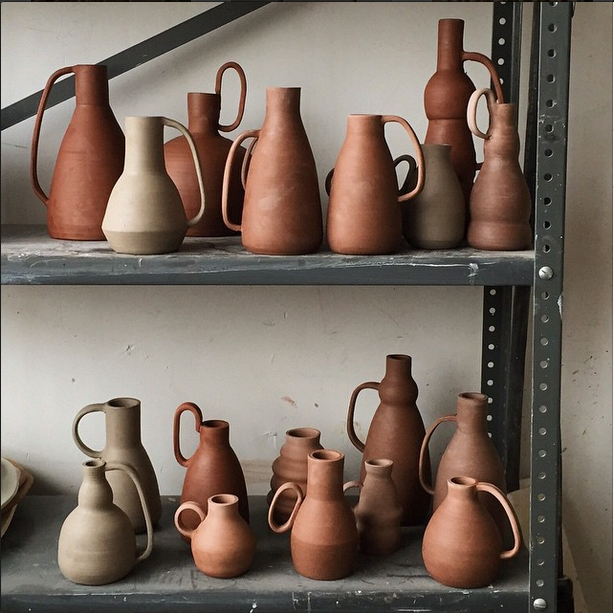 Bruichladdich Scotch is carefully cultivated through an artisanal process—the barley is sourced from 13 farms on Islay and mainland Scotland, the water is from a farm a stone’s throw from their Port Charlotte warehouse, and the whisky is aged in casks on the island to capture the, “salt and the taste of the sea,” explained Judd Zusel, Vice President, Innvoation and Emerging Brand Marketing for Bruiladdich. In fact, Bruiladdich is the only major distiller to distil, mature and bottle all its whisky on Islay. On the eve of the launch of the collection, MOLD spoke with Helen Levi about terroir, road tripping and the collaboration on the eve of the launch. 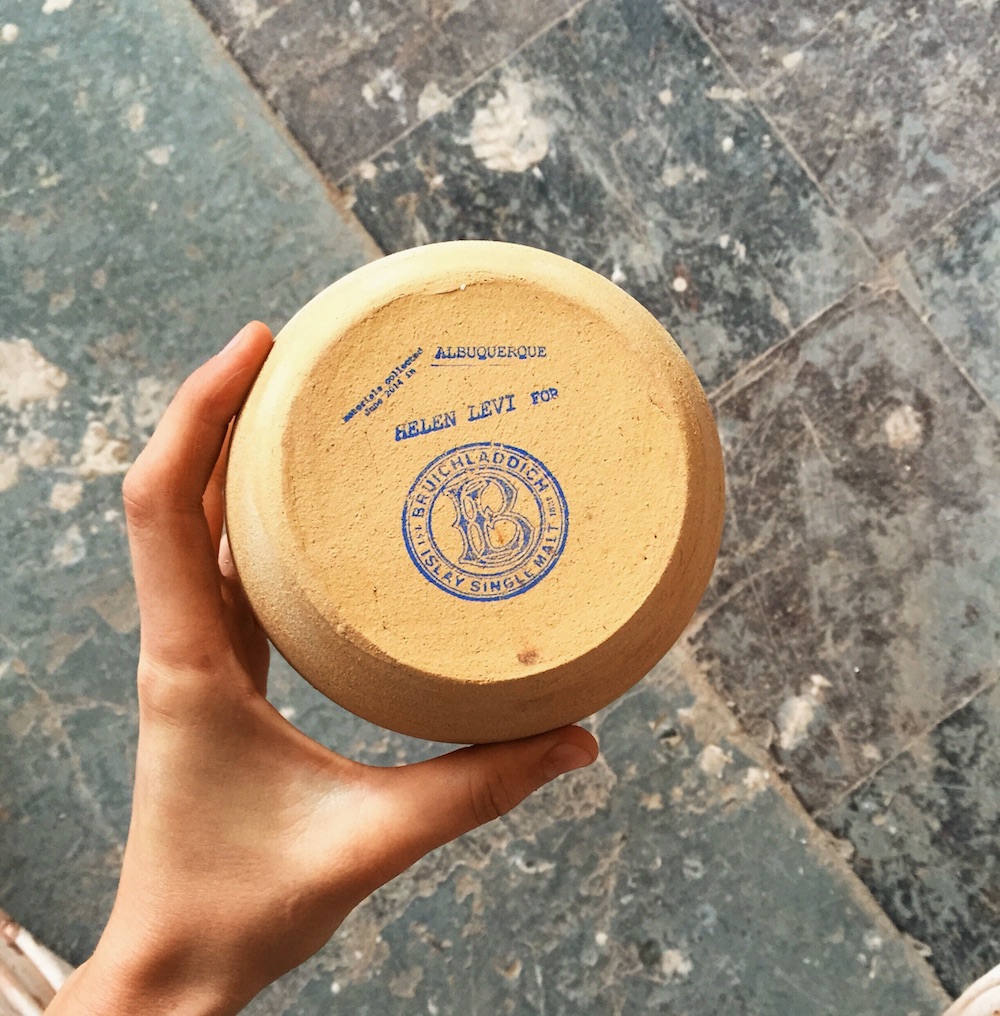 MOLD: The idea of terroir figures prominently in this commission—how did the idea of creating a collection with clay collected in different locations come about?
Helen Levi: When I first met the folks at Bruichladdich and I learned how important it was for them to know where the barley and the water that makes their whisky comes from, I didn’t have that same experience with my work. I buy my clay and glazes from manufacturers in the United States but I didn’t know that much about them before my trip. So on my road trip I stopped to visit the factories that make my clay and glaze, and I also talked with potters that use different regional raw materials and incorporated those ideas in my work. I collected a bunch of clay and dirt samples and drove them all home to New York to test out. 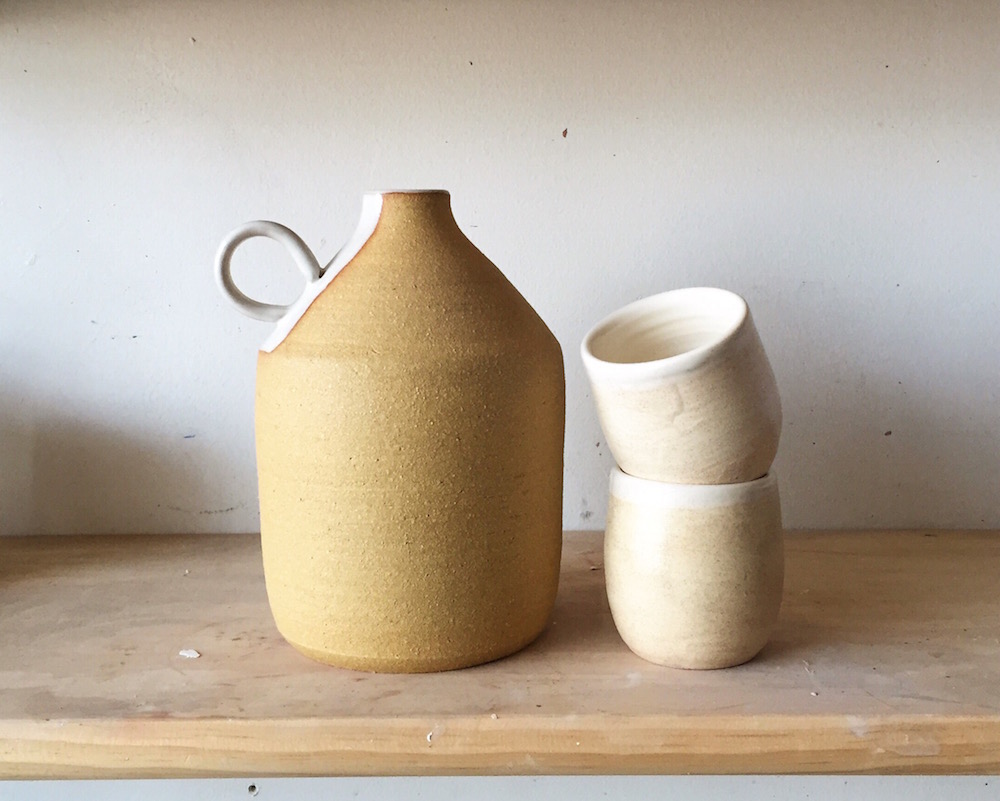 How does the terroir of the clay change the way you work with it and the final vessels? Or does it?
What’s interesting to me about the natural clay is that the samples looked so different when I collected them, but after making them into glaze and firing them, the differences are very subtle. I like that because I think the collection really complements each other.

Where did the inspiration for the unique shapes of the vessels come from?
The shapes really just came from making them! I rarely sit down and plan out of a bunch of shapes before throwing; it’s hard to know until the piece is finished if I like the shape or not. So I just sat down and threw a lot of shapes, and then once they were done, I tried to look at them with a critical eye and then did a second batch, recreating the ones I liked best. 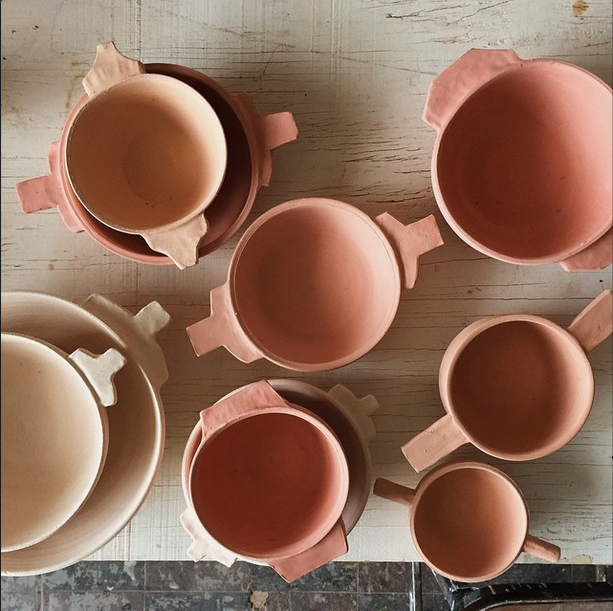 Bisqued handled bowls inspired by a quaiche, a ceremonial whisky drinking vessel from the 17th century made from wood or metal

Can you talk a bit about some of the new process experiments you employed for this collection?
I really tried to use this show as an opportunity to try new things, because it’s easy to get bogged down with production in my line of work and not take the time to experiment. So, I threw a very large piece in sections and I also threw the largest amount of clay I ever have, just to give it a go. 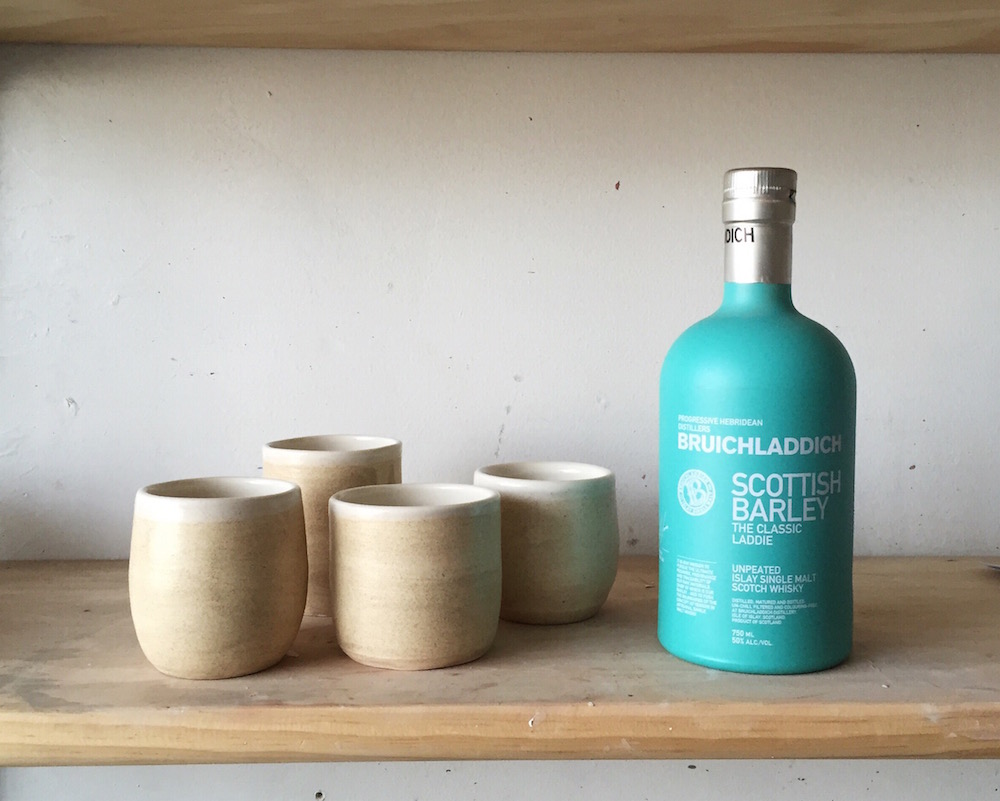