A strong Old Fashioned might be the gateway to insect-eating for the western world. Critter Bitters, handcrafted cocktail bitters derived from toasted crickets, aims to take the “ick” factor out of entomophagy while giving your Old Fashioned a nutty kick.

[See the founders of Critter Bitters speak with the editor of MOLD at the Design Observer TASTE conference in Los Angeles on February 12. MOLD readers receive a 15% discount when you enter the promo code TASTE at checkout.]

Lucy Knops and Julia Plevin, the designers behind Critter Bitters hope that their tasty cricket cocktail concoctions will get us closer to a daily diet of insect protein. The UN’s Food and Agriculture Organization published a report in 2013, “Edible Insects: Future Prospects for Food and Feed Security,” detailing the promising role edible insects can play in securing a viable alternative to conventional meat production. But the timeline to getting grubs on grocery shelves seems like a distant goal. As Plevin told MOLD, “We hope consumers realize that eating bugs doesn’t have to be gross or scary. We want them to get a sense of the flavor profile of crickets so they will be more open to the idea of entomophagy. And mostly—we hope they get a good conversation starter.” 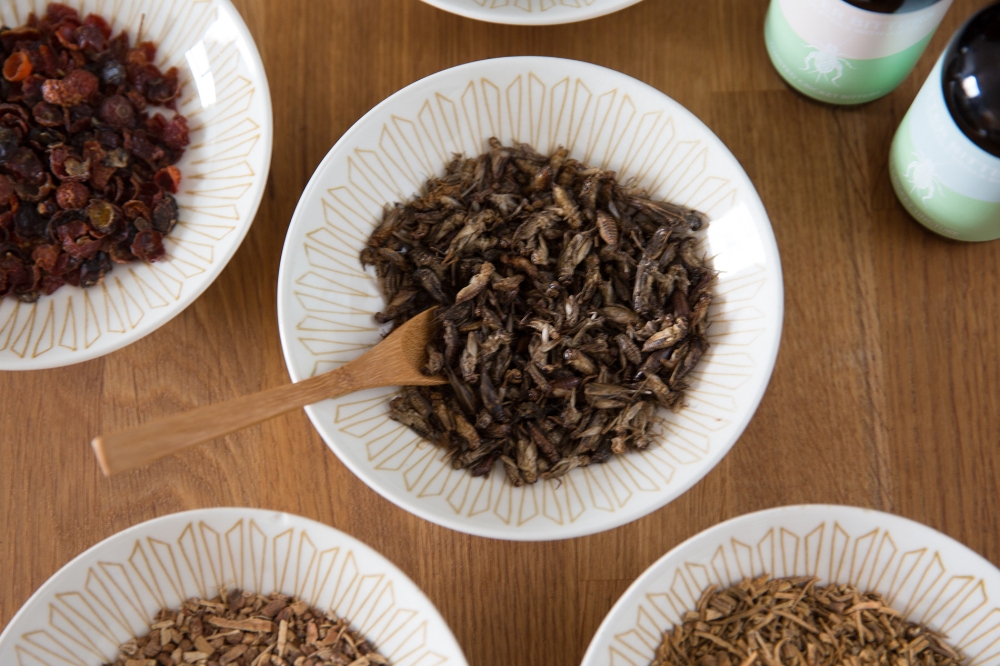 There’s a long history of insects paired with alcoholic beverages. Maguey worms at the bottom of mezcal bottles not only add a unique flavor to the liquor, but also “prove” that the bottle was produced from an authentic agave plant. During the Western Zhou Dynasty (1047-771 BC), Chinese doctors began infusing vodka with scorpions for its invigorating properties. And the original formula for Campari called for cochineal beetles, giving the liqueur its signature red color. 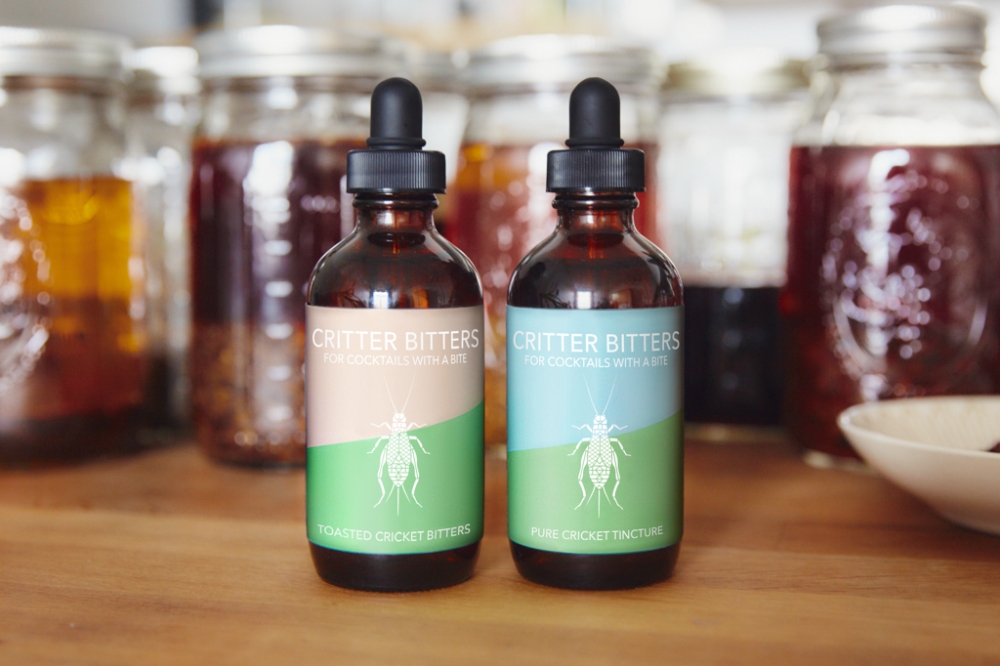 At SVA’s Products of Design program, Knops and Plevin were inspired by this history and the threat of food scarcity to create Critter Bitters. And during New York Design Week 2014, MOLD was part of the early testing for Critter Bitters and the reaction was as delicious as the designers intent—sparking conversation around eating insects and the importance of diversifying our palates. Their hope is that the product can be an entrypoint for people to discuss entomophagy. That’s cocktail conversation we can cheers to.