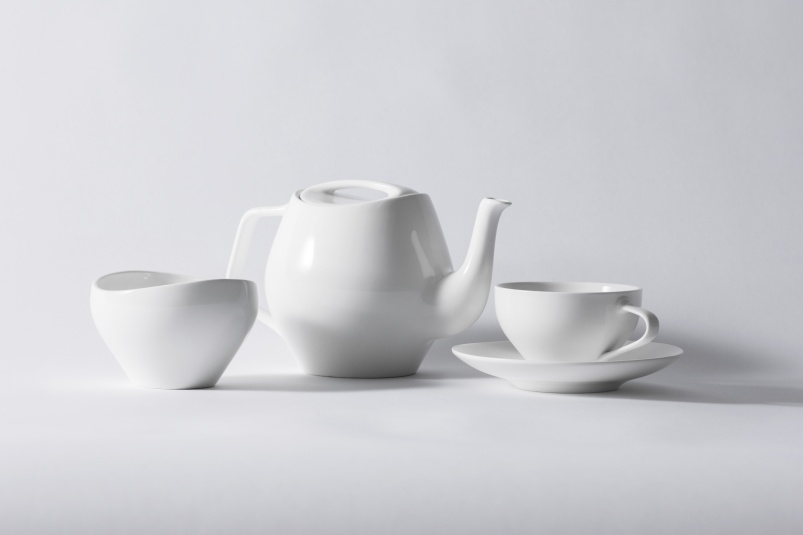 Juhl’s tea service is defined by a series of gentle curves. The teapot has a gently sloping body that undulates at the rim. The spout looks traditional and the handle has blunt angles that resemble an industrial door handle. The sugar bowl and tea cup are also curvy; the former slopes has an undulating rim like the teapot and the latter looks subtly elongated. At first glance the service seems unremarkable; however, on a second glance the effortless lines beguile their fluid elegance. Like most Danish modernist design, the distinguishing feature of Juhl’s tea service is that it is exactly what you imagine from a tea service; no more and no less.

Yet production was not effortless. Bing & Grøndahl commissioned the design to celebrate the company’s centenary in 1952, but soon realized that Juhl’s expertise in furniture and interiors did not translate to a knowledge of industrial production. All the porcelain prototypes collapsed during firing. The company urged Juhl to add patterns or embellishments to cover inevitable imperfections, but Juhl refused to compromise his aesthetic. Soon, the project was scrapped and all that survived was a single successful prototype at Juhl’s home in Ordrup. 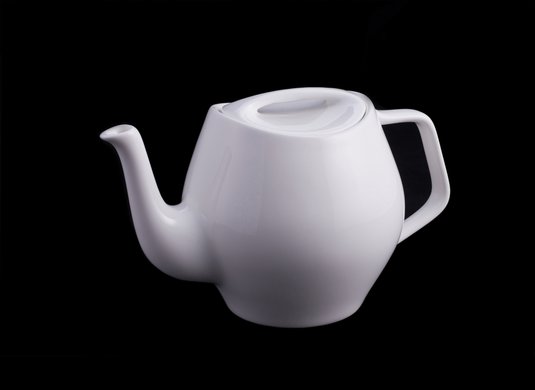 This version provided the model for Architectmade’s version. The company reproduces pieces designed by the architects of the ’50s and ’60s and already had experience manufacturing other items by Juhl. While modern techniques made it easier to replicate the elegant curves Juhl wanted, Architectmade points out that although the curves may appear natural, they remain exceedingly difficult to produce on an industrial scale. 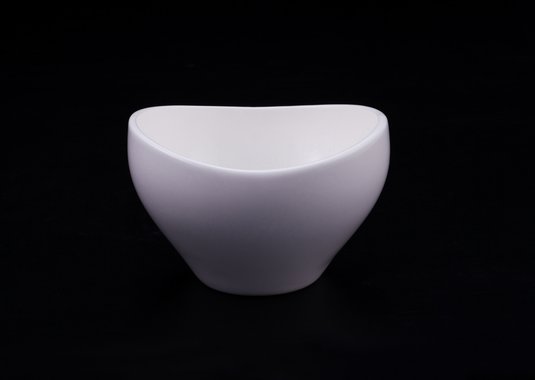 But it’s not just modern production that has enabled Juhl’s service to come to life—the increased attention to Danish modernist design and tea services also helps. As international consumers learn about hygge, the country’s impressive design history also becomes common knowledge. Juhl’s tea service seems particularly adept for attention as it combines the hygge routine of tea drinking with a classic design that could fit into any home.

Tea services have also becoming more popular recently, both as a product and as a dining ritual. Restaurants are increasingly offering tea after a meal or as alternatives to wine pairings, gourmet tea specialists are opening up and there’s even a hotel in Brooklyn with a tea consultant. Ceramics have also been getting special attention as artisan producers seek to demonstrate traditional methods of production and forms they can take. Inserted into this context, it seems not only does modern production processes make Juhl’s essence service more financially viable, but also the interests of modern consumers.