Recent science is unlocking the potential mechanisms for the age-old lore of ‘gut feelings’ and it may have to do with microorganisms living inside our intestines. For centuries, medicinal traditions including Traditional Chinese Medicine and Ayurveda have touted the connection between our gut, brain and overall health. Now science is proving that our guts have a mind of their own and it’s in the shape of a thriving microbial ecosystem.

We are quite literally covered and filled with trillions of microscopic organisms that outnumber human cells 10-to-1—bacteria, viruses, protozoa, archaea and fungi—most of which inhabit our digestive tract. The science is just emerging, but research is showing how imbalances in gut microbiota may play a role in a range of medical disorders including diabetes, obesity, irritable bowel syndrome, Parkinson’s, autism, anxiety and depression.

How Microbes Talk to Our Brain

Complex microbial and physiological mechanisms involving the nervous, endocrine and immune system mediate communication between gut microbes and the brain. We are only beginning to understand this relationship, but based on studies in animals and humans, we do know that gut ecology may influence mood, immunity and even social and physical behaviors.

Take for example the vagus nerve, the longest of twelve cranial nerves, which connects the brain and spinal cord to the 500 million nerves along the intestinal tract starting from the mouth all the way to the anus. Information travels bi-directionally between the brain and gut via the vagus nerve, but mostly from gut to brain. Studies show that when the vagus nerve is severed, gut-to-brain communication is altered.

Certain gut microbiota synthesize neurotransmitters like dopamine and serotonin, which are involved in reward-based behavior such as eating and sex and also regulate mood and sleep. In fact, 90% of serotonin and 50% of dopamine in the body is found in the intestines. Another example is microbial-produced DOPA, which can cross the blood-brain barrier where it is converted into dopamine and ultimately norepinephrine, a chemical messenger that influences physical movements, social behavior and emotion in humans.

In the recent best seller, I Contain Multitudes, author Ed Yong points out that for every gram of food we eat, we swallow a million microbes more. Given the increasingly evident role microbes play in influencing our health and possibly our psychology, what ways can we redesign our food supply to ensure that the microbial diversity in our guts are nurtured? Prebiotics and Probiotics Tailored to Enterotype

Each human has their own unique gut ecology, known as enterotype. There are three human enterotypes classified by the predominant gut bacterial species—Bacteroides, Prevotella, and Ruminococcus. This thriving ecosystem is influenced primarily by our diet as well as environmental exposures to toxins, antibiotics, stress levels and other factors like whether a person is birthed vaginally or via cesarean birth.

Studies suggest that consuming a combination of pre- and probiotics can affect gut ecology and mental health. Gut bacteria convert prebiotics—the indigestible components of plant foods and certain sugars in human breast milk—into a variety of metabolites which are used as fuel for our intestinal cells and influence the immune system cells in our gut. In a 2014 study, healthy volunteers fed prebiotics had lower stress hormone levels and were more likely to pay attention to positive stimuli than negative stimuli during a test of emotional reactivity.

Ted Dinan, professor of psychiatry at the University College Cork in Ireland, coined the term ‘psychobiotic’ in 2013, describing it as a new class of probiotics that, when ingested in large enough amounts, will produce a health benefit in patients suffering from psychiatric illness. A 2011 study published in the British Journal of Nutrition suggested that a 30-day course of probiotic bacteria supplements resulted in decreased anxiety and depression in healthy human study participants.

It should be no surprise that biotech, supplement and food industries are capitalizing on the good gut microbiota hype—the global probiotic marketplace is estimated to be valued at $46.5 billion by 2020. Beyond supplements and yogurt, probiotics are being added to hundreds of new engineered food products including chocolate, granola, snack bars, powdered beverages, juices and more. With the increased capacity for individuals to know their own enterotype through services like my.microbes.eu and the American Gut project, companies could start engineering customized pre- and probiotics.

Nature is also a great engineer of probiotics through fermentation, and humans have a long relationship with fermented foods. Neolithic vessels used for fermenting rice, fruit or honey beverages date back to 10,000 years ago. In their 2015 book, The Good Gut, husband and wife Justin and Erica Sonnenberg, researchers at Stanford University, suggest that when compared to engineered probiotics in food and supplements, fermented foods contain a larger diversity of bacteria and provide an increased chance of exposure to a beneficial bacteria that might better suit an individual’s unique gut environment.

And the research supports this. In 2012 researchers found that a particular strain of Lactobacillus isolated from Chinese cabbage kimchi reduced memory deficit in mice. A 2015 study of 710 young adults who self-reported eating fermented foods also reported having fewer symptoms of social anxiety.

Beyond the microbes in supplements and fermented food, components of food itself may play a role in influencing psychology by changing our internal microbial environment. Studies show that individuals consuming Western diets high in processed foods, unhealthy fats, added sugar and salt, and low in plant fiber have markedly different, less diverse gut microbiota compared to individuals who follow a more whole-foods, plant-rich diet.

Two recent books make the argument for a diet-based approach to address psychological disorders. Dr. Natasha Campbell-McPride’s 2004 book Gut and Psychological Syndrome proposes the GaPS diet of fermented foods, vegetables, fruits and meat, and encourages her patients to eliminate processed foods, sugar, starches from grains and potatoes, soft drinks, soy products, alcohol, unfermented dairy products, beans and coffee. Although Campbell-McPride has many case studies showing efficacy in some of her patients, no controlled human studies testing the effectiveness of this approach have been conducted.

But do we have access to the right food to support optimal gut health? Over 75 percent of Americans aren’t eating enough fruits and vegetables, and our current domestic food supply does not adequately provide enough fruits, vegetables and whole grains to feed each American the recommended amount—1 cup of whole fruits, 2 cups of vegetables, and 3 ounces of whole grains each day—for optimal gut health. The National Cancer Institute reports domestic fruit and vegetable supply would need to increase by nearly 50% to support federal recommendations for fruit and vegetable intake.

But even the ways in which we produce our food can impact our gut microbiota. Intensive livestock production contributes to residual antibiotics found not only in our meat and dairy, but also in the soils and waterways used to grow plant foods. With the livestock industry utilizing 70% of antibiotics produced in the United States, how might antibiotics be influencing our individual microbiomes? In 2013 Dr. Lee Riley of UC Berkeley authored an article exploring how increased use of antibiotics in our food supply could be responsible for increased prevalence of obesity by altering gut microbiota. Is it possible that antibiotics in our food may be contributing to psychological disorders as well?

We are more microbes than human, and with the emerging science of how diet influences gut ecology, and the increasingly strong link between gut ecology and psychology, consumers can do themselves and their brains a favor by nurturing their inner microbial ecosystems. Designers have a role to play in improving our food systems by translating the science into delightful and compelling solutions that ensure access to beneficial foods produced in more efficient agricultural systems that support optimal gut health. 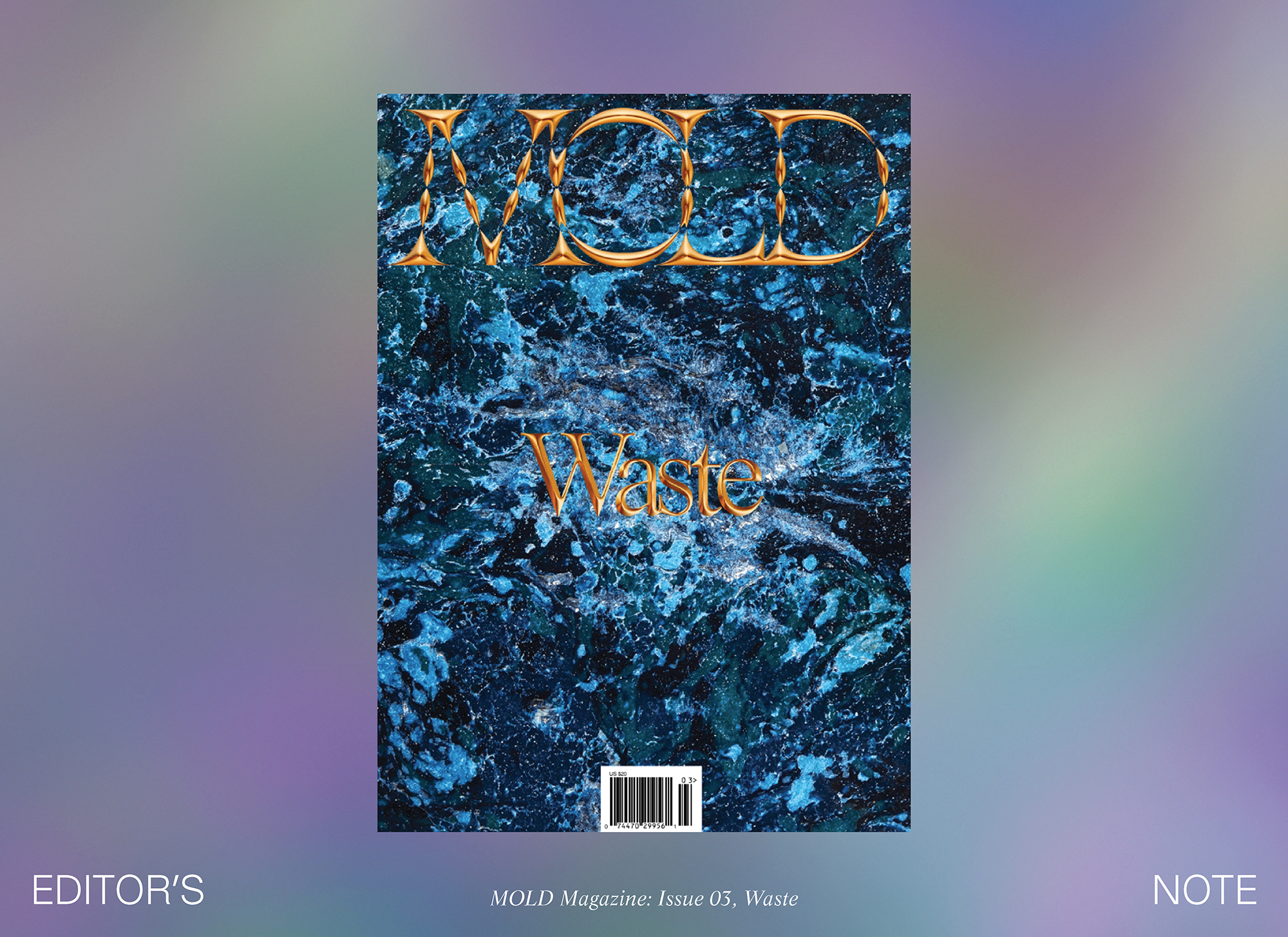