Disruptive, innovative, technological: these are not terms that would have applied to the food world as recent as five years ago. Today, food institutions would say these terms are their core priorities and the boundaries of the space are blurring and broadening exponentially. With the rapid changes happening, there is a need for more forums to collectively discuss and connect over the bleeding edge of the food world. At the 2nd annual Bitten Conference, innovators, entrepreneurs, creatives and scientists showcased their most beautiful and noble pursuits in order to answer those questions and create some cross-pollination.

The range of speakers served to highlight just how vast as well as niche the space has become and ensure that every attendee walked away with new learnings. But even with the broad array of topics, key trends snaked throughout the day’s content. 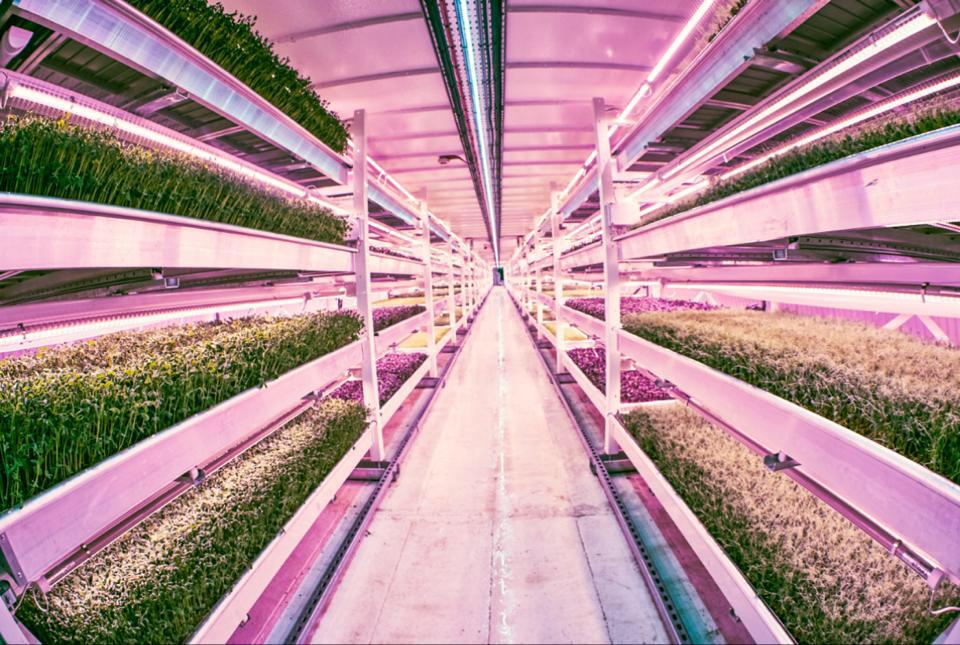 Many in the food community are looking 20, 30, even 50 years ahead to anticipate the world’s biggest issues around food. The ability to address these issues is no longer limited to the realm of governments and producers—now designers and scientists are fully invested in answering the most important questions we, as a society, may face.

Giving a comprehensive survey of how designers are addressing the future of food, Andrea Lipps of the Cooper Hewitt Design Museum showcased approaches on how to increase security and supply. Designers are creating massive indoor farms, repurposing defunct buildings, and experimenting with vertical and other growing structures. One group, Growing Underground, created a carbon neutral farm in a former WWII air raid shelter underground in London, reducing the time from picking to delivery to as little as four hours. 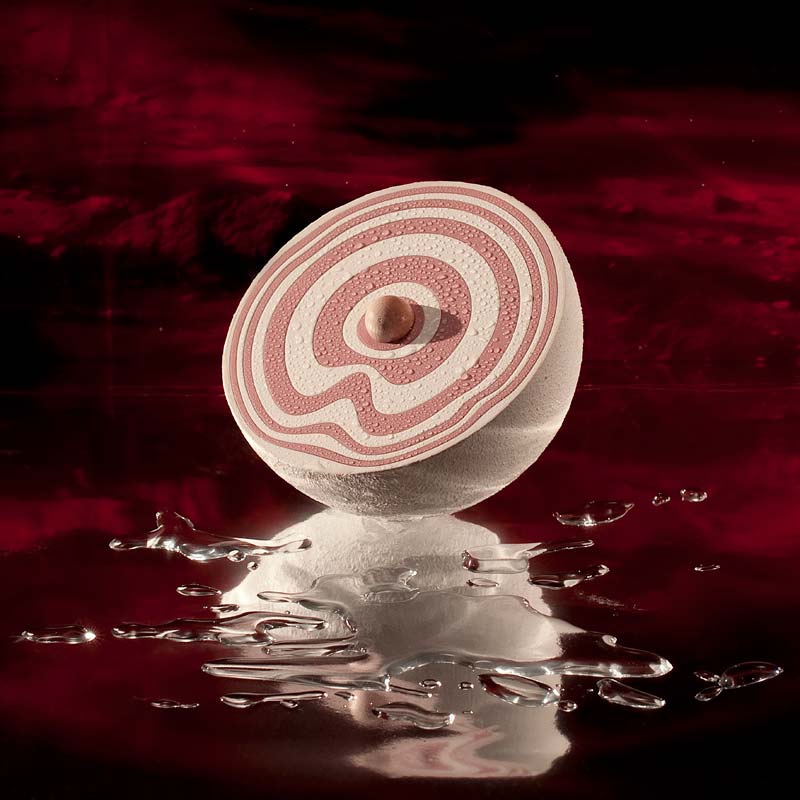 Electrosynthetic fruit grown in space from electricity instead of light. By Daisy Ginsberg.

Another solution is designing to grow food at home or at small scale. Advances in containers that allow for controlling climate variables like CO2, humidity, water use, etc. as well as creating individual, programmable plant profiles would allow anyone to grow anything anywhere in the world. The experience of these home ecosystem units is a primary focus for Grove Labs CEO Gabe Blanchet who spoke about the importance of fun and engagement in the design of their products, as that is what inspires people to grow their own food at home. British designer Daisy Ginsberg imagines food grown in large tanks in space that feed on electricity instead of light, allowing us to sustain life in the case where we don’t have ample sunlight.

The Age of Cultured Foods

The cultured food revolution is no longer something we can speak of in future tense: the technology is tested and viable and the focus now is on adoption and design. If we can create food in any form that we want, what would that form be? How does form affect adoption?

Ento creates meal packs of insect protein based on various levels of consumer comfort—at one end of the spectrum for the uninitiatied, meals look similar to current every day foods in bar or powder form, and at the other end, insects are packaged whole. Portuguese designer Susana Soares’ Insects au gratin mixes insect flour with other ingredients, but processes them through 3D printers. The forms mimic the microscopic views of their origin, insect eggs, to serve as a reminder and acknowledgment of where our food is coming from while at the same time creating beautiful, imaginative new forms. 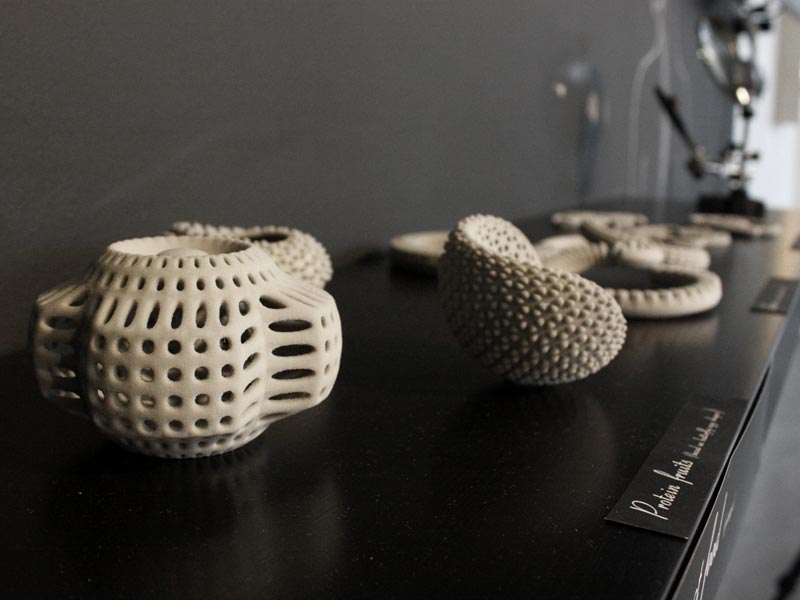 An alternative philosophy is to mimic the aesthetics of the original, non-cultured form in order to underscore that cultured foods are made of the same material as their non-cultured counterparts. For example, New Harvest does this with hen-less egg whites, milk and beef patties created in cellular farms. They stressed the idea of new culinary opportunities, citing that we used to have one form of milk, but through the process of fermentation, we now have thousands of forms of milk in cheeses. Biotechnology now offers us the opportunity to be creative across every type of food, meat and plant, but also do it in a sustainable way.

Food is a universal language and fundamental to not only healthy communities but to overall well-being. Deoborah Dugan CEO of (RED), the organization started by Bono to engage business and consumers to eradicate AIDS, is now trying to harness the power of food as a connector to rally their new and old constituents. They found that amongst their audience, food festivals are now more popular than music festivals, and have been exploring ways to meld the food and AIDS movements together through experiences, content, merchandise and even social media (see through their wildly successful Emoji food fight #REDFoodFight).

Claus Meyer of the New Nordic restaurant Noma found his purpose by founding Melting Pot Foundation which functions as an engine for creating social change through food. One of their solutions is embedding themselves in communities and creating 360 social programs around food and education, health and training, for example by establishing a culinary school, cafeteria and community center in Brownsville, NY. 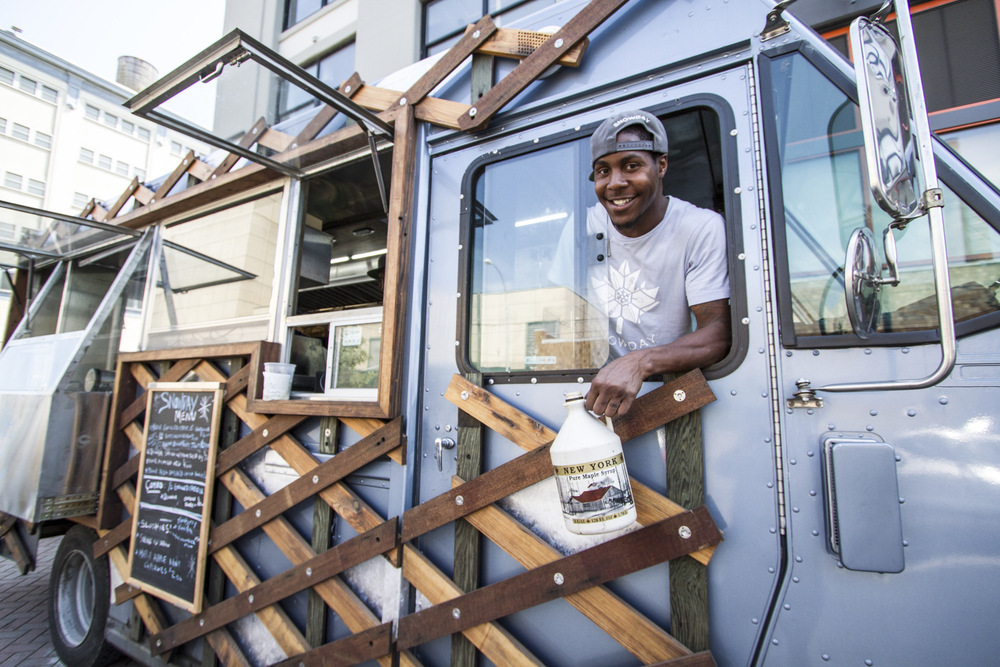 Drive Change food truck, winner of the Vendy Cup amongst numerous national awards, takes this insight one step further by using food as a vehicle, literally, to empower 16-25 years old who have been incarcerated by providing employment and training opportunities. It is the only farm to truck food truck in NYC, the truck operates on green energy, and educates communities on healthy food, adding another layer of food consciousness to it’s program.