Join MOLD and the designers of the Aureola Tea Set, Luca Nichetto and Lera Moiseeva, for a special pop-up tea cafe and launch party on Sunday, June 29, in New York City.

The rituals surrounding eating and drinking are constantly in flux, influenced by cultural shifts, trends, gastronomy and foodways. Designers Luca Nichetto and Lera Moiseeva understand this innately—Nichetto, an Italian designer with studios in Venice and Stockholm and Moiseeva, a Russian designer that has called New York, Madrid and Moscow home—have a global outlook informed by the traditions of their upbringings.

In their most recent collaboration, Nichetto and Moiseeva have designed a ceramic tea set for Toronto-based design gallery, Mjölk that draws on the rituals and formal language of the contemporary global nomad. A part of their ongoing exploration of totemic tableware, the designers crafted a set that encourages tea drinkers to engage in a tactile and communal ritual of service and imbibing that feels both familiar and new. Each piece is multifunctional—visually striking and delightful in its interactions–the Aureola Tea Set offers a moment of playfulness in an everyday ritual.

Nichetto and Moiseeva took a moment to share their process and inspirations in this exclusive interview with MOLD. Learn more about their approach to “slow food” through design, nomadic living and their prototyping process below. 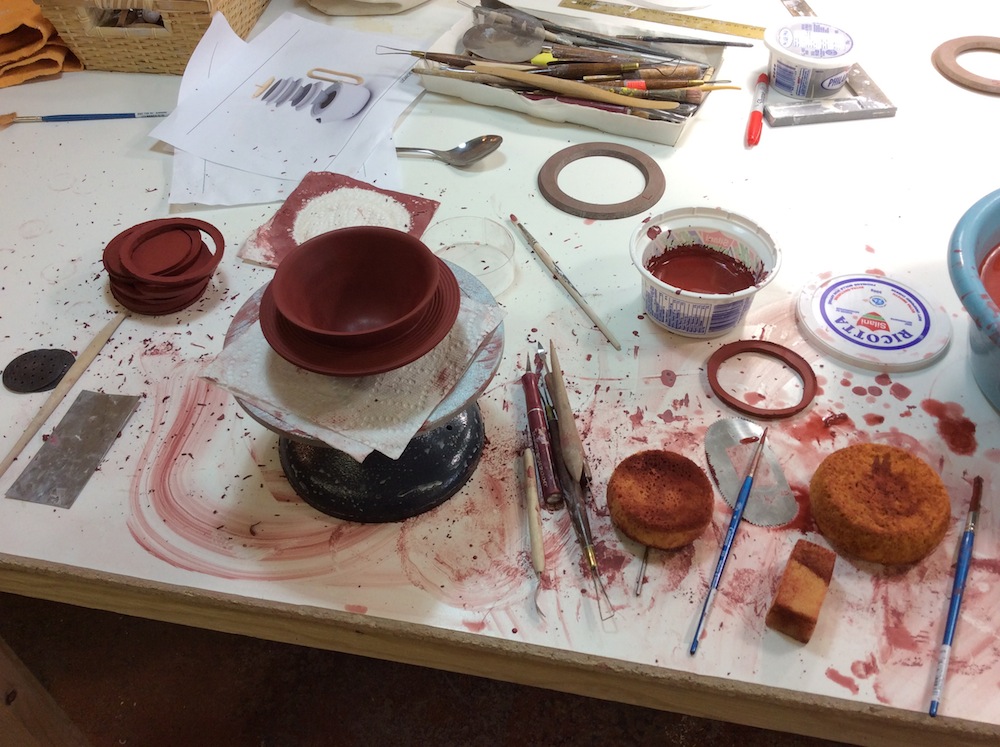 This is the second collection you’ve done for Mjölk. What were some of the main differences between designing a coffee set and tea set?

On one hand, the time a person puts aside for coffee or tea is a similar moment of the day. On other hand, it is a completely different process. There are many ways to prepare coffee, whereas making tea has a very traditional method. In both products we paid attention to the ritual and the products take on a different appearance when it is in use as opposed to when it is displayed as a set.

How did you arrive at the form for the tea pot? And the tea cups?

One very curious object we discovered was a piala, a small bowl used in Russia for drinking tea. It is a traditional object that was used by ancient nomads. A rounded shape without handles allows one to stack pialas in a compact form, one on top of another. This shape was important for the nomadic way of life. 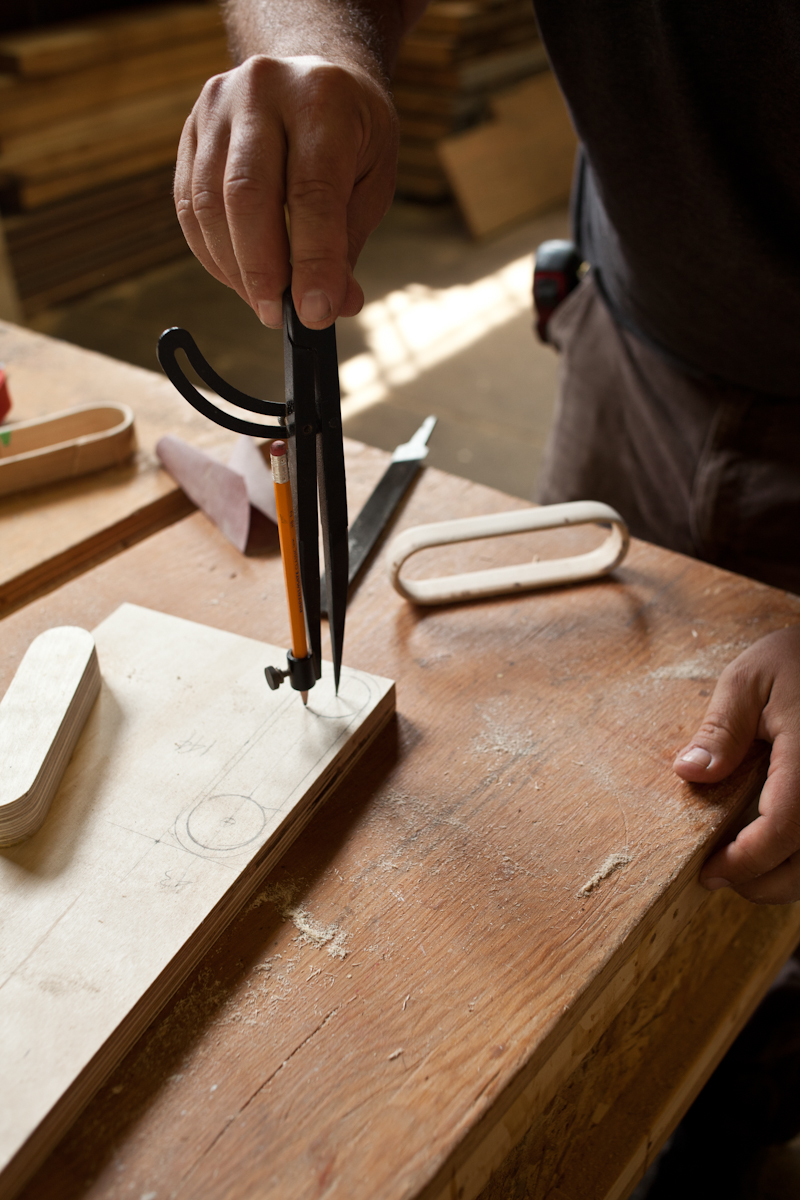 Why is the totem important in your design for tableware?

The totem is a symbol that represents a group of people or a family. It is important for us to sustain the energy people share during the moment they share a tea or coffee and represent it in the object itself. Also, the totem is visually very playful.

What rituals do you hope to encourage through the design of your tea set? Why are rituals important to you as designers?

An object can impact everyday life and make some moments you really appreciate more slower and enjoyable.

The Aureola Tea Set will be launched in Toronto on Thursday, June 26 at Mjölk Gallery. Join MOLD and the designers at the special New York City Launch and Pop-Up Tea Party on Sunday, June 29, from 1-4PM.