The drip coffee maker, that icon of industry and modernity, has slowly ceded valuable counter space to a new crop of everyday kitchen accoutrements like electric kettles, compact herb gardens and digital tablets. Coffee cones, presses and more compact, drawer-ready options have taken over brewing duties in home kitchens and workspaces across the country. While drip coffee machine manufacturers sounded the alarm, designer Craighton Berman saw this as a challenge to design a simple, beautiful countertop “appliance” for brewing a precise cup of coffee. 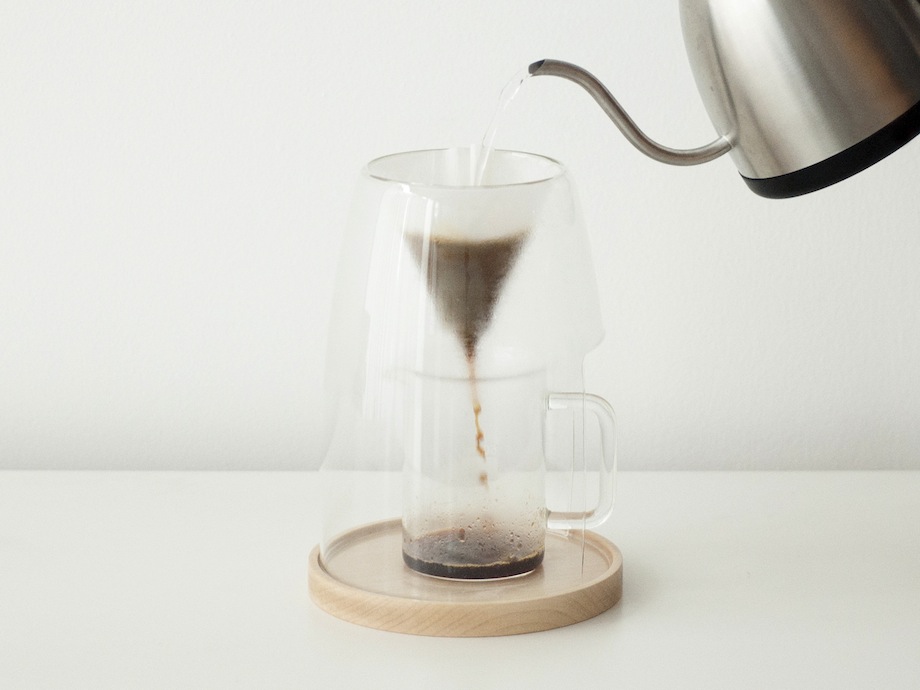 At last week’s International Home and Housewares Show in Chicago, Berman launched the Manual Coffee Maker (MCM), the first product from Manual, his brand of design-driven homewares for “people who aren’t afraid to use their hands.” The brand has three basic tenets: 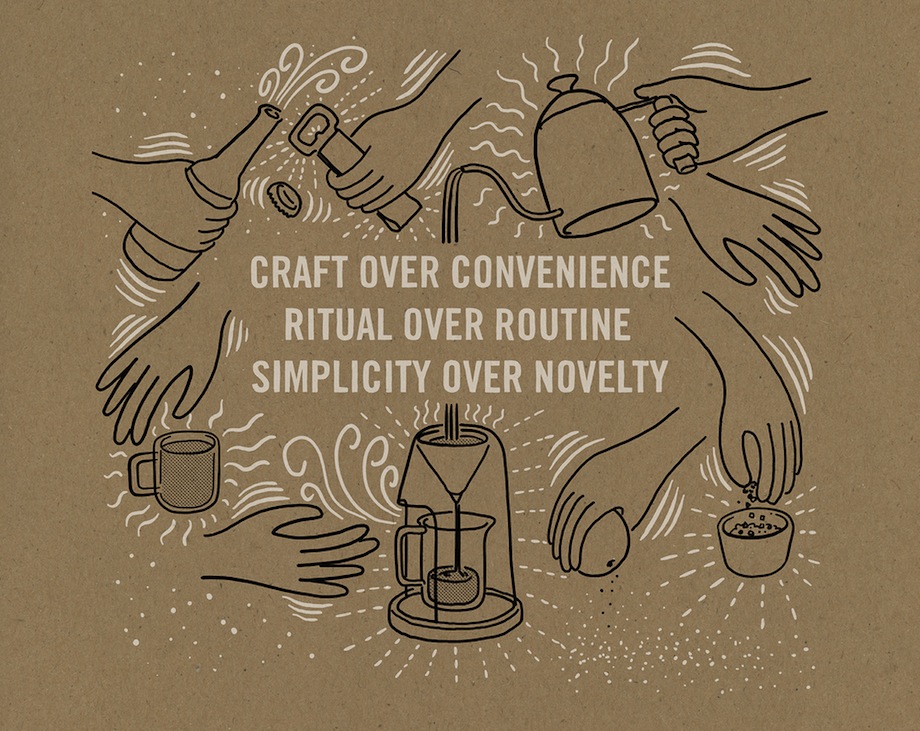 The MCM is a coffee maker that celebrates the ritual of brewing coffee by hand. The double-walled glass brewer is designed to be a free-standing appliance that redefines the brewing experience through the simple and functional form. The MCM prototype was in action at Wanted Design during New York Design Week 2013, and we were excited to see the project ready for production and up on Kickstarter for your support. In the war for kitchen space, the MCM reclaims lost ground for coffee lovers.

Craighton took a minute to chat with us about the design process for developing the MCM and gives a sneak peek for what’s in store for Manual. (Beer lovers, rejoice!)

MOLD: Why did you decide to create a free-standing “appliance” rather than an accessory for brewing coffee by hand?

Craighton Berman: I got into manually brewing coffee both because it makes a better cup by controlling all the variables, and because I could put the devices away when I was done. I didn’t have to see an ugly coffeemaker on my kitchen counter all of the time. But over time that made me wonder, could I design a “coffeemaker” that I wanted to leave out? One that was striking and beautiful, but also gave some real advantages to leaving out on the counter? So MCM was created both as a piece of kitchen sculpture, but also as a low-tech appliance that makes pour over coffee a little more accessible by always being at the ready.

How does your material choice—double walled glass and wood base—influence the coffee-brewer’s interaction with the MCM?

When you put a traditional pour over funnel on top of a mug, you lose sight of the coffee, and also risk overflow if you’re not paying attention. I love how the clear glass of MCM gives you a view of the whole process—nothing is hidden. The wood was initially a response to the overuse of plastic in our kitchens. I love a well-aged cutting board, how it shows the patina of years and years of use, and wanted to bring that feeling to the coffee world. It requires a little more care from the user, but it also rewards them over time. 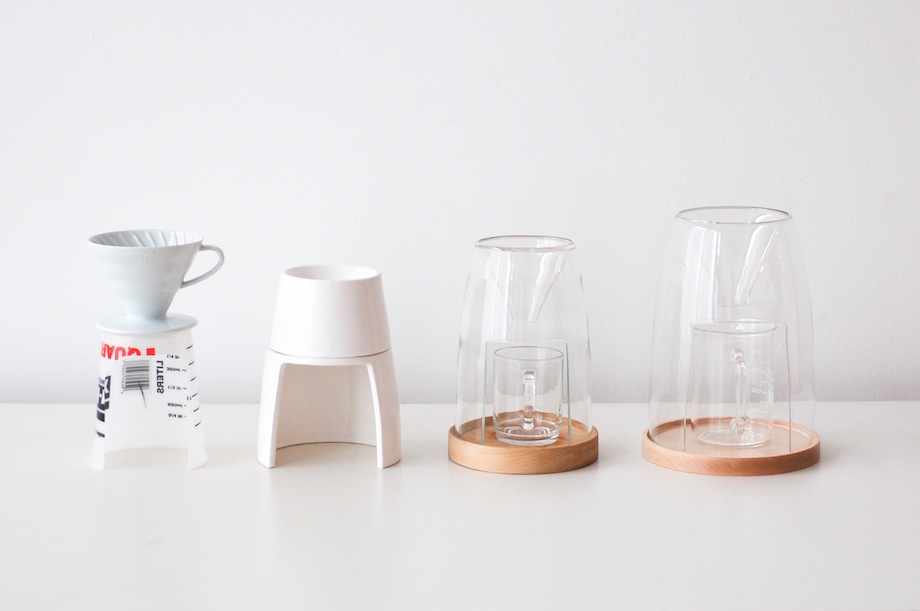 Prototypes for the MCM

With the launch of Manual, you’re focusing on kitchenwares “for people who aren’t afraid to use their hands.” Why the emphasis on the handmade?

I think many food companies and kitchenware companies have overemphasized convenience over the years—assuming that all people want it cheap, easy and fast. At the same time there’s been a rise in people who are going to farmers markets, joining CSAs, cooking more at home, and see the act of preparing food not as something in the way of eating, but as an essential part of the process. The process can bring families and friends together, allow for sharing and learning, and ultimately is a lot of fun to do. There’s a growing group of people who are interested in “using their hands” and I would be honored to design for those people.

What’s your next project for Manual?

I’m working on a leather and metal bottle opener that’s inspired by the industrial openers that bartenders keep in their back pockets. I’m really interested in the fluid motion that happens from back pocket to bottle, and I’ll be riffing on that. I’m working with one of the oldest leather tanneries in the United States—which happens to be based in Chicago—to source the leather. I chose leather because I think it’s a great material for the hand to interact with and also because it ages so gracefully over time. I love the idea that one of these bottle openers would pick up the oils from your hand, splashes of beer, and the denim from your jeans, and over time will show its history in its patina.

For $80, you help put this beautiful product into production and in return, will receive the Manual Coffee Maker, filters, a bag of custom-roasted Gaslight coffee beans and Craighton’s awesome “User Manual” zine. And for a taste of Craighton’s dedication to pursuing a proper cup of joe, head on over to his coffee blog, overextracted.