As many future-loving designers know, “food forests” are an old (old old) idea that may be valuable today. Before the development of single crop agriculture and our subsequent rise to become Internet-dwelling earth-destroyers, hungry humans understood that some beneficial plants grow especially well together without much tending.

Urban food forests are an intriguing way to bring ancient permaculture to the table of modern eaters, and Swale NY is floating an idea to make good produce more financially and physically accessible.

The Swale NY project wants to put a food forest on a barge, and barge that barge all around the public waterways of NYC. It would be built from reused shipping containers, planted by seasoned habitat designers and farmers, and used as a mobile park to showcase what public spaces could potentially provide to the public. 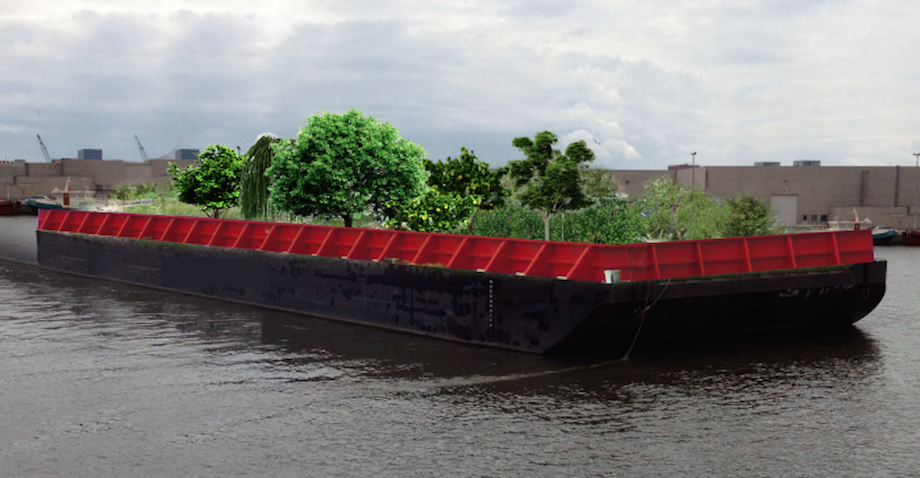 Why? In addition to increasing interest in the efficiency of urban food production, food deserts and community disconnection from healthy options is a persistent problem in many urban areas. Poor nutrition can have multi-generational effects, as it increases negative health outcomes and decreases chances of strong academic or economic performance.

Swale is the most recent iteration of a series of water-dwelling environmental design projects built to demonstrate permaculture techniques and educate about (urban) ecosystems. Prior projects housed self-sufficient occupants who survived using solar power and food raised entirely within the habitat. 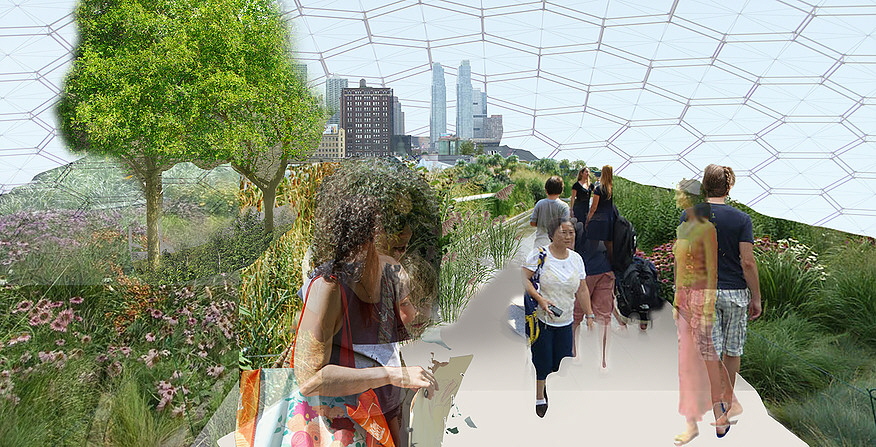 In the current version, Swale will be made from an existing 80-foot by 30-foot barge platform, installed with a series of decommissioned shipping containers. It will feature ~20 fruit trees partner planted densely with smaller produce-producers from starts and seed. Once established, the barge would dock at different public points around New York, as a floating self-sufficient vegetable garden open to the public.

The project has already acquired its barge, met with Forestry Service members, designed systems for solar energy and water reclamation, begun work with digital installation artists, and teamed up with local schools to engage students in planning and implementing designs for the Swale. 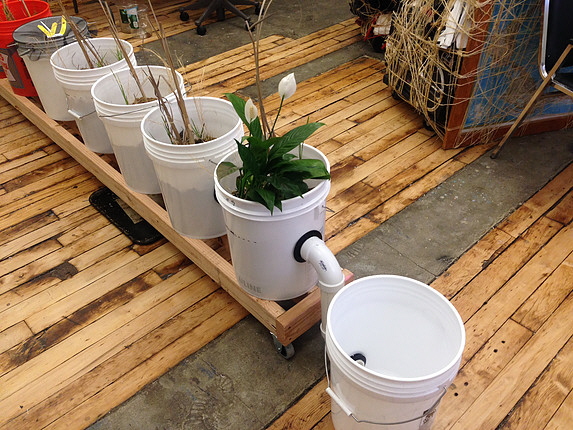 If that sounds like a lot, it’s because it is. A ton of artists, community groups, and experienced hands are involved, including Karla Stinger-Stein who is handling the project’s partnership planting, Casey Tang who is designing the entire surface of Swale to be planted with edibles, Biomarts, and Marisa Prefer, who is spearheading educational programming. 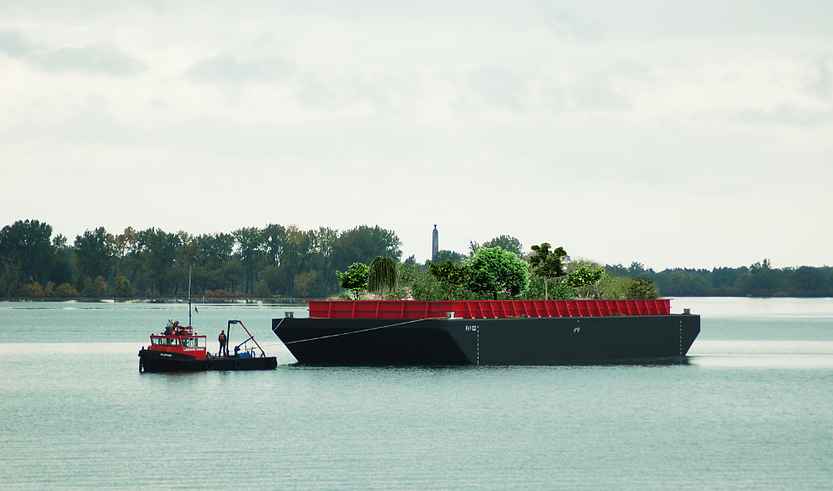 Whether or not you’ve personally dreamed of building a food-barge, projects like Swale NY can make an impact on us simply as members of a better-informed community. Though the key value is clearly in its educational and creative use, rather than as a tool for feeding the wild masses of NYC, but that is a crucial place to occupy on the path to more environmentally diverse cities. 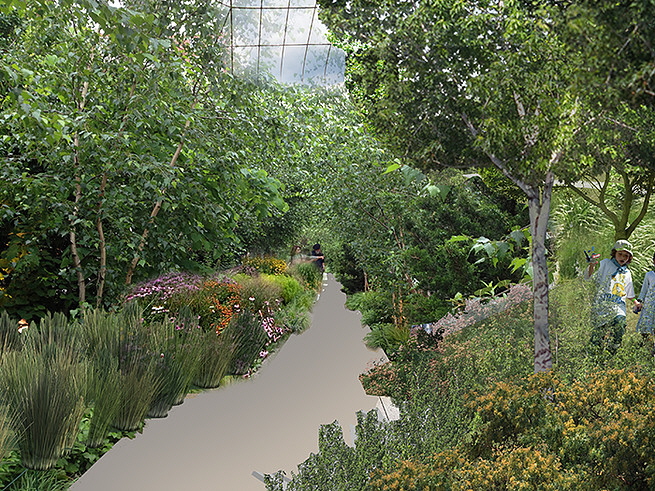 Hopefully designing the future of urban areas will never be left solely to the Trumps and trade groups of the world, because scientists and artists ask good questions and pose unusual (and sometimes buoyant) answers.

You can check out Swale NY’s funding campaign here, and if you’re in New York City, keep your hungry eyes on the Hudson this summer.

This article was written by Kat Bauman and originally appeared on Core77. It is also part of MOLD’s spring editorial series GROW highlighting new systems and technologies in agriculture innovation.