Can underground bunkers be the future of farming? The Lowline, an ambitious project by two New York City-based architects to transform an abandoned trolley terminal into the world’s first underground park, is now Kickstarting the second phase of their vision of subterranean-grown cuisine. The team has plans to build out the Lowline Lab, a working prototype in the form of a six-month public exhibition. The Lab will not only allow visitors to experience the solar technology that will enable the project, but it will also serve as an experimental space for exploring the possibilities of growing plants in an underground environment.

“As our cities grow in density and our food needs become more acute, we are excited about the potential to grow edible plants in underground urban areas, using the new solar technology that the Lowline is developing,” Daniel Barasch, Co-Founder and Executive Director of the Lowline, shared with MOLD. “By channeling the full spectrum of light wavelengths underground, while filtering out the harmful UV spectrum, we have determined that we will be able to grow multiple species of plants, including herbs, greens, and even berries in subterranean environments.” 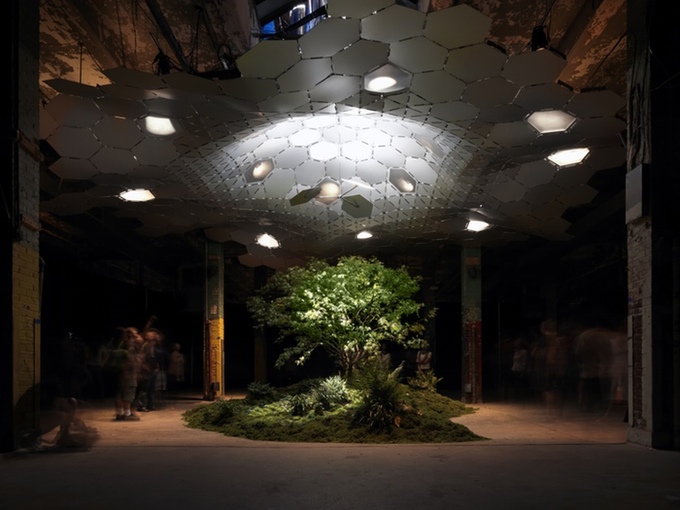 The foundation for an underground park is the technology to bring natural sunlight into a subterranean space. How does it work? Mirrors route sunlight from street-level to underground tubes. The irrigator tubes then direct light to specific locations where dome-shaped panels reflect full-spectrum light to the plants below. The Lowline Lab will allow the team to test the solar technology itself in a controlled environment. 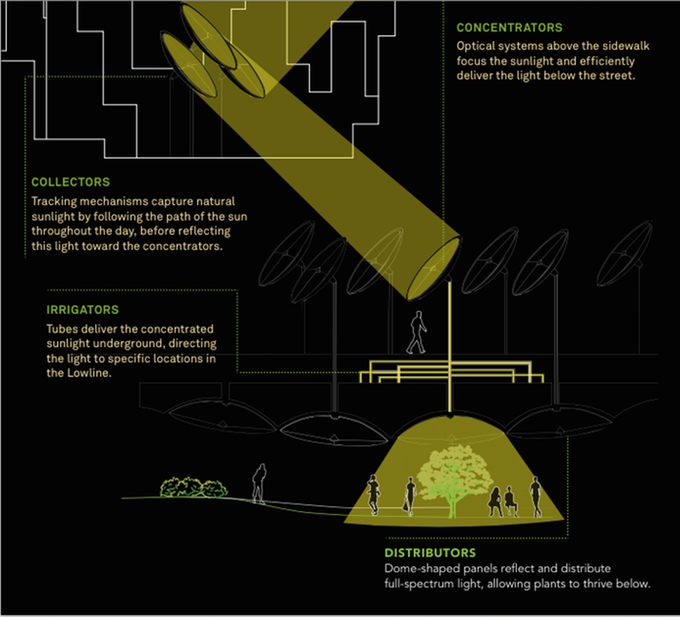 Renting space in a former market building close to the proposed site of the future Lowline, the Lowline Lab will serve as a testing ground for the future Lowline. By recording light quality, spectrum, distribution and intensity, the team—working with horticulturalists at the Brooklyn Botanic Garden—will be able to determine the types of plants that will thrive in the subterranean setting. As described on the project page:

Our design inspiration is Mannahatta—a verdant vision of the city before modern civilization—and we expect to feature edible plants, and a science fiction palette of greenery forming stalactites, stalagmites, and whimsical passageways.

In addition to technical answers, the Lab will engage with the local community to determine the assets an underground public park might provide. Their Young Designers Program engages students with programming that highlights how, “science, technology, engineering, arts, and math (STEAM) make the Lowline possible,” and challenges them to consider the role of public parks in the community. 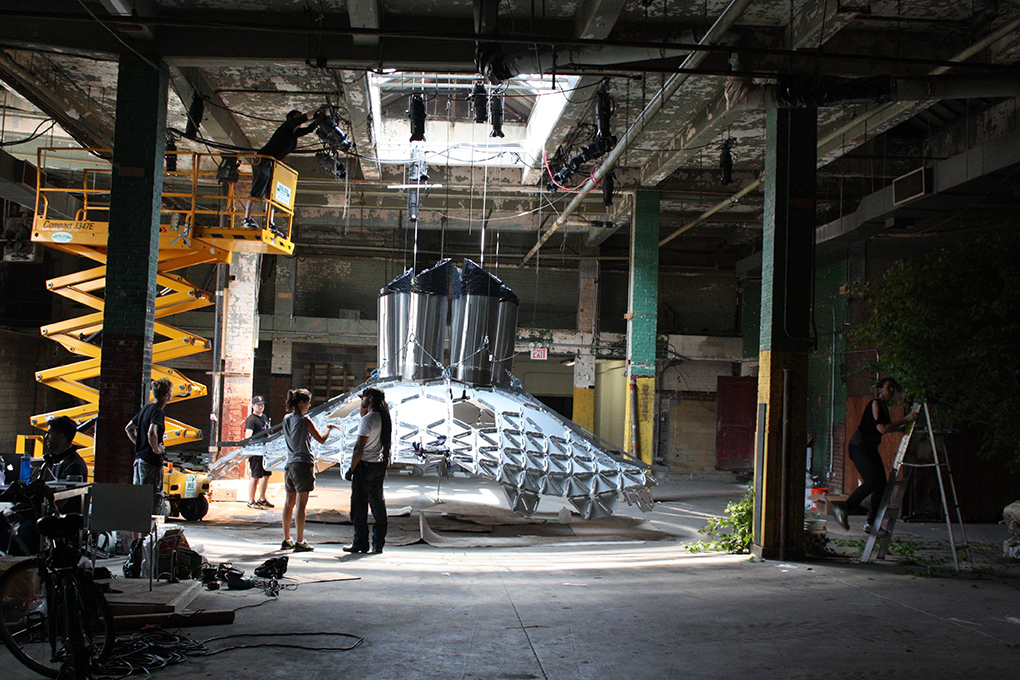 Although the idea for reclaiming unused space for urban agriculture is not a new idea—with Philips’ leading the way with their City Farming Division and Green Sense Farm—the potential for creating underground farms opens up a world of new possibilities. In London, Growing Underground began producing microgreens year-round in subterranean tunnels using hydroponic systems and LED lights last year. The Lowline takes the concept a step further by bringing in natural sunlight underground. “Much as the global movement toward rooftop farming and vertical farming has revolutionized the way we grow food locally in dense urban environments, we believe the Lowline will be a significant step forward in showing the world the potential of growing food underground,” Barasch explains. “At our upcoming Lowline Lab, we plan to demonstrate this innovative field in landscape design, by growing and harvesting edible plants.”

For the next month, backers can help take the Lowline one step closer to becoming a reality by Kickstarting the build and production of the Lowline Lab.