Leave it to the Italians to elevate the farm to fork experience into a 20-acre theme park and learning lab. FICO Eataly World, a collaboration between the gourmet grocer Eataly and the Center for Food and Agricultural Products of Bologna’s Fabbrica Italiana Contadina (FICO), is slated to open in the fall of 2017 and promises to be “a gourmet’s paradise,” complete with a 2.5 acre learning farm, 40 workshops that showcase traditional food and wine production, organic market and craft stores, 20 restaurants, 10 classrooms and extensive conference facilities.

A centerpiece for the theme park will be the Area del Futuro (Area of the Future), a digitally augmented take on the farm as factory—scaled down and layered with technology to showcase a future in which, “anyone can become an organic food producer.” Designed by Carlo Ratti of MIT’s Senseable City Lab as an in-store cultivation system, visitors are invited to plant a seed and follow it’s maturation as it travels along the hydroponic conveyor belt that serves both as infrastructure for the farm and architectural element. 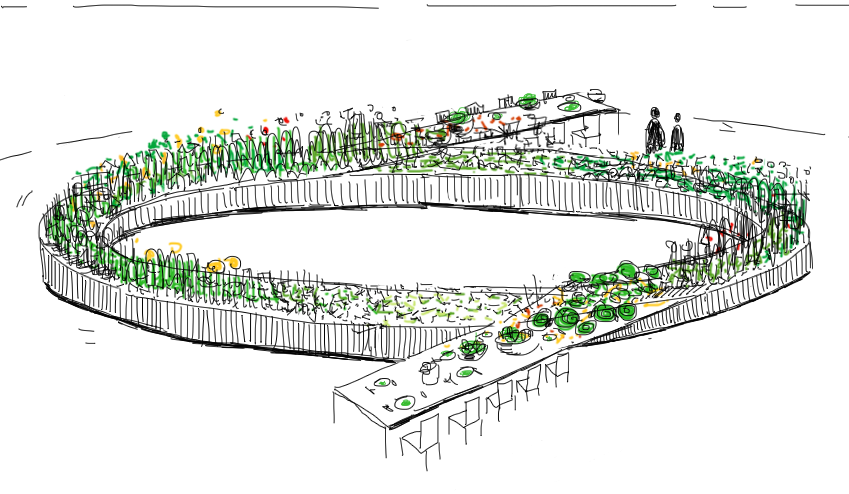 Each seed pod is digitally matched with its “farmer” allowing the person who plants the seed to remotely monitor and track the plant’s growth via the Eataly World app. When the plant is ripe for the picking, the farmer can then return to the pavilion to harvest or choose to donate the vegetable. “Those of us who grew up on a farm know the feeling of planting a seed and then obsessively checking on its progress each day,” Ratti explains in announcing the pavilion. “It’s like discovering the magic of life as it progresses. We wanted to make such an experience accessible to everyone, even those who live in the depths of the city.” 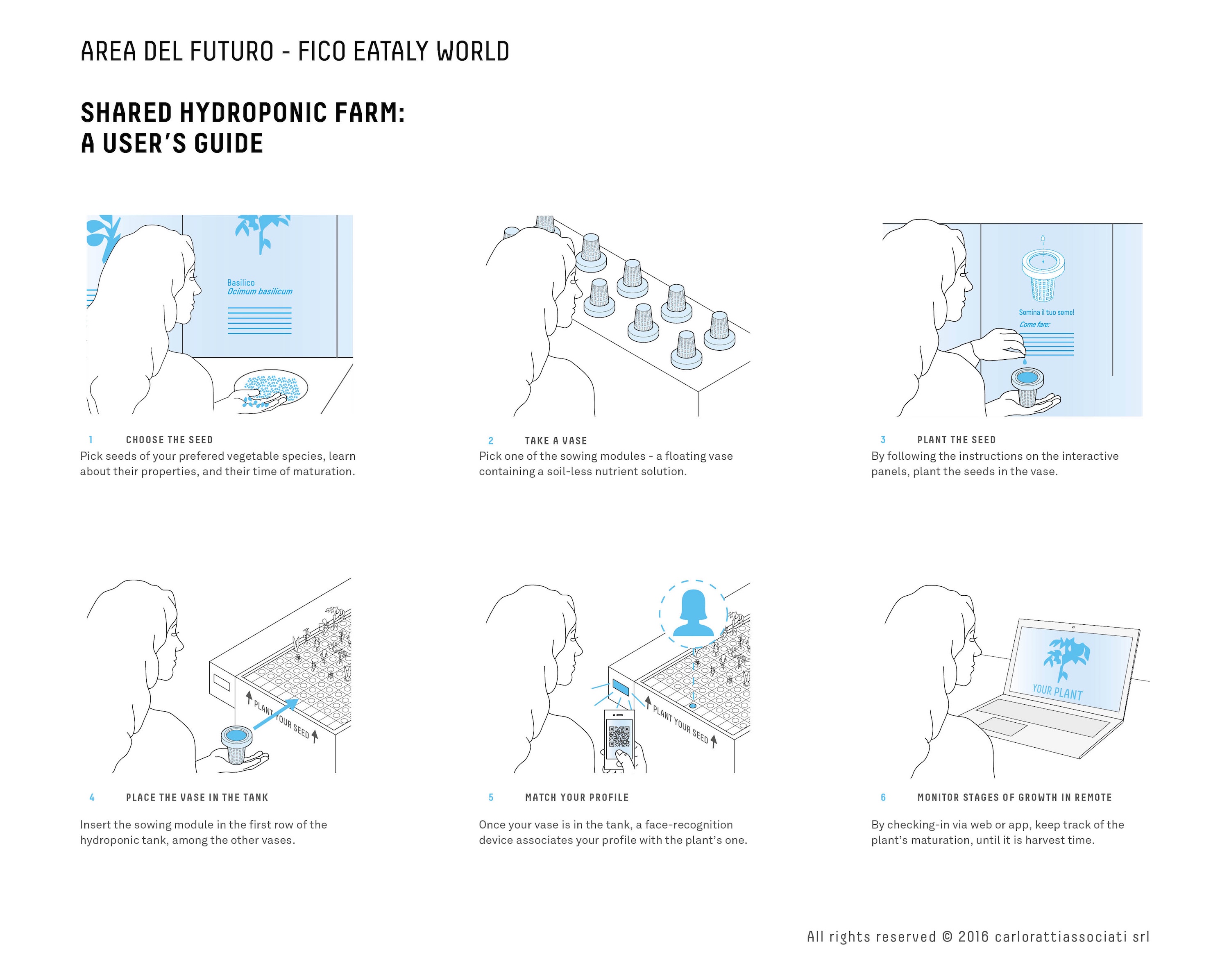 The concept for the circular pavilion came out of Ratti’s research practice and his Turin-based design and innovation firm, Carlo Ratti Associati, the same firm behind the Future Food District at Expo Milano 2015, the world’s first robotic bar system Makr Shakr, and the Lift-Bit responsive seating system with Vitra for the 2016 Milan Design Triennale. Although the hydroponic farm is not designed to be a viable means for feeding an entire urban population, it does present a poetic vision for connecting city dwellers with the beauty of nature and emphasizing the importance of individual actions in reforming our current food system. 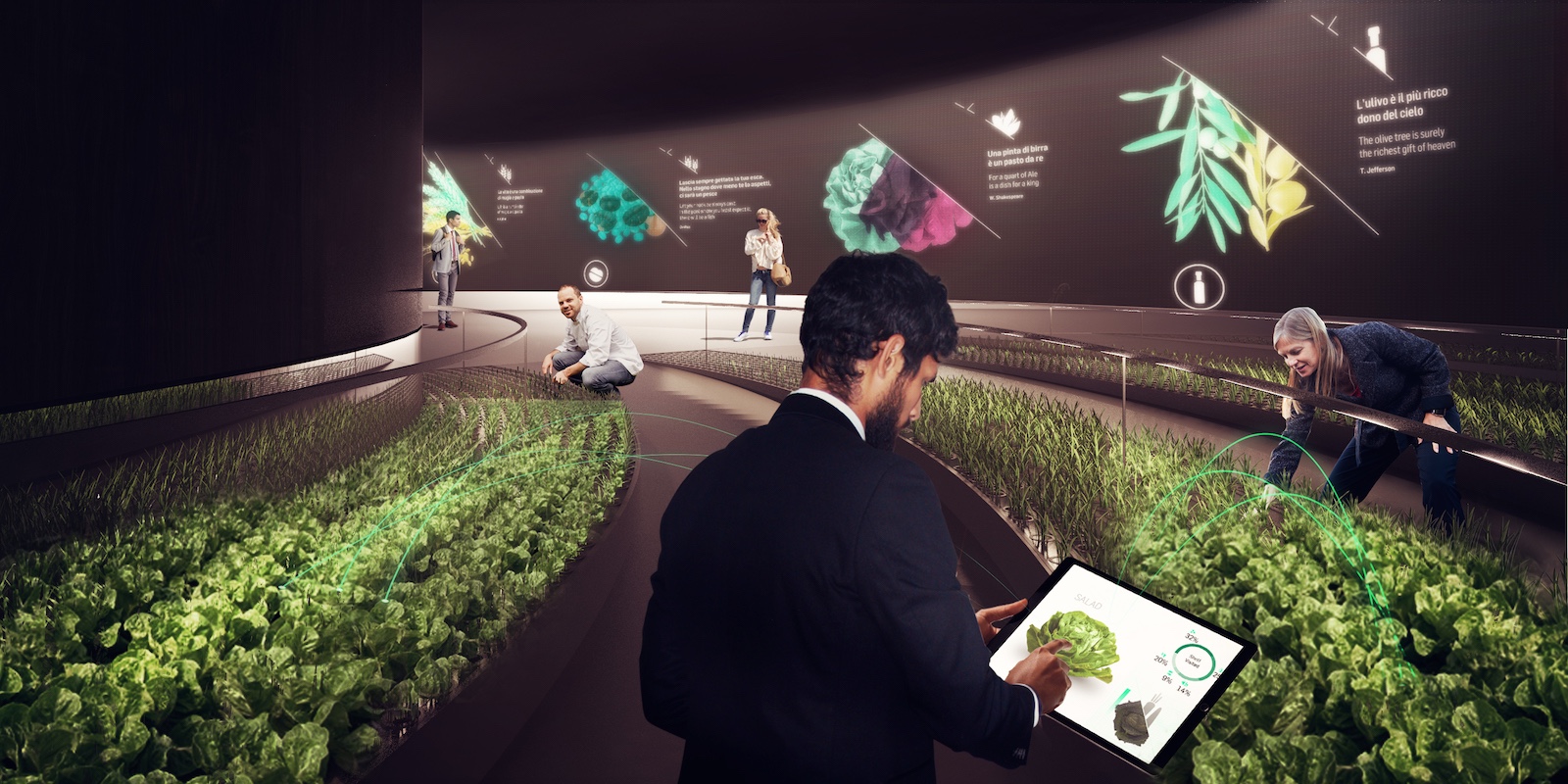 As the hosts of the 2015 food-focused World’s Fair in Milan, Italians have a track record for translating the labor of food production, processing and distribution into educational entertainment. FICO Eataly World is hoping to continue the tradition of food-as-entertainment with a chocolate fountain, three-wheeled Bianchis kitted out with grocery baskets and a beer factory alongside the educational farm and workshops. The park will be divided into six food groups—fish, meat and eggs; milk and dairy; grains and pasta; fruit and vegetables; drinks and dressings; and desserts—with storytelling charting Italian craft-methods from organic farming techniques to artisanal production.

FICO Eataly World, via Paolo Canali 1, Bologna opens its doors to the public in the Fall of 2017.