Sub-Saharan Africa, in particular, stands to undergo a rapid increase in fish consumption and production as countries like Kenya could see a tenfold growth in fish production over the next decade.

But what will we feed these fish?

Kulisha is betting the larvae of the Black Soldier Fly holds the answer. If fish will feed the world, insects will feed the fish. Although this happens in nature, the idea is only beginning to be tested for commercial viability. Since their product costs 15% less than competitors on the market, Kulisha will give fish farmers access to lower cost, higher quality feed while protecting and restoring wild fisheries by eliminating the demand for wild caught anchovies.

Kulisha set out to pioneer a better way forward. Approximately 75% of all aquaculture fish feed comes from wild caught fish, with wild anchovies being the preferred feed in Kenya. Unfortunately, to make up the cost that comes from using a rapidly depleting food source, many local companies combine their fish feed with gravel, stunting fish growth and nutrition.

So far, Kulisha has raised funding to trial their product, developed growing and processing techniques for the black soldier flies, and devised a feed that exceeds the suggested nutrient and protein levels for aquaculture species. Last summer, the team established their prototype facility in Kenya, where employees are building the insect colony in preparation to sell the feed to farmers. 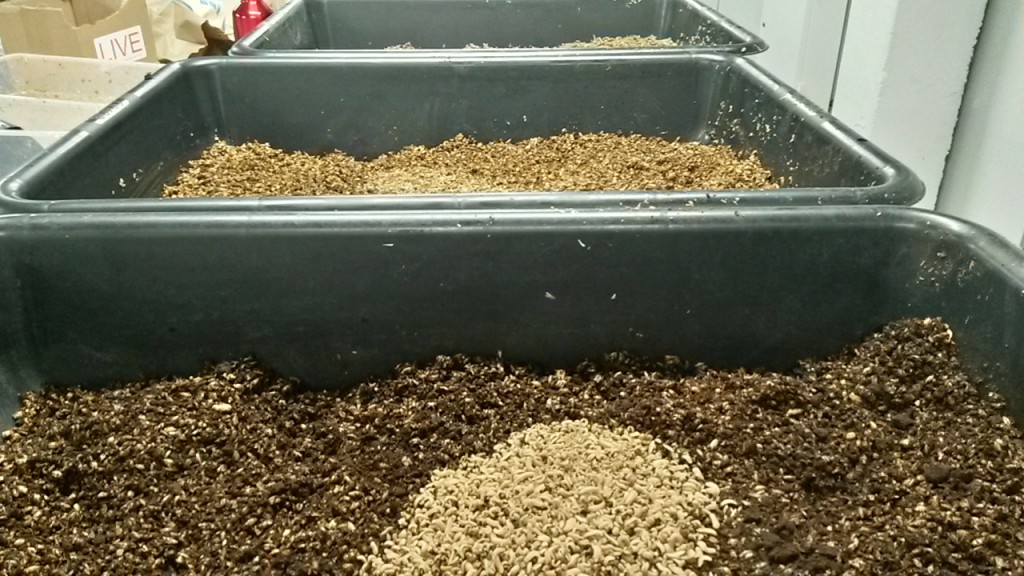 Meanwhile, research continues in the United States. A team at Brown University is testing various feedstocks and feeding regimes in lab conditions with hopes to optimize the amount of larvae produced. At the University of Michigan, engineers are developing systems to deal with the logistics of raising larvae, such as waste management.

Kulisha was awarded the 2016 grand prize at the global Thought For Food Summit in Switzerland, in which they received $10,000, bringing their total funds raised to $130,000. The company has also received attention from National Geographic after one of the founders was selected as a National Geographic Young Explorer for his work in ocean conservation.

Are you working on a project that will impact the future of food? Thought For Food wants to hear from you! Thought For Food is a global movement that empowers and supports university students from around the world to create solutions to feeding 9 billion people by the year 2050. Last year’s judges include representatives from IDEO, Village Capital, AgFunder, Openbox, and FoodFresh.

The 2017 contest is now open and accepting entries until January 8th, 2017