Of all the disgusting things to find in the back of your fridge, a bag of slimy salad greens tops the list. No amount of washing seems to rid those delicate leaves of the remains of their decomposing counterparts. And at $4 a bag, many people don’t think twice about tossing out the whole bag. Some might see waste but others see treasure. At a dinner party in Brooklyn in the fall of 2013, the young entrepreneurs behind Radicle Farm Company met, discovered a passion for reducing food waste and a radical idea was born. Instead of buying salad in a bag, what if consumers could buy a living salad?

The idea for a living salad, roots intact, blooming on a grocery shelf and then harvested at peak deliciousness at home, is a completely disruptive way for modern consumers to buy packaged salad greens. Since 1986, when Earthbound Farm introduced the convenience of bagged lettuce to the nation, neither the threat of food poisoning or mass contamination has slowed the growth of the $4.2 billion bagged salad industry. Often triple-washed with chlorinated water, spun dry and then bagged with nitrogen or argon gas to be transported thousands of miles to your grocery store, bagged salad greens are harvested before their peak and typically have a shelf life of only a week or two before that familiar slime sets in. 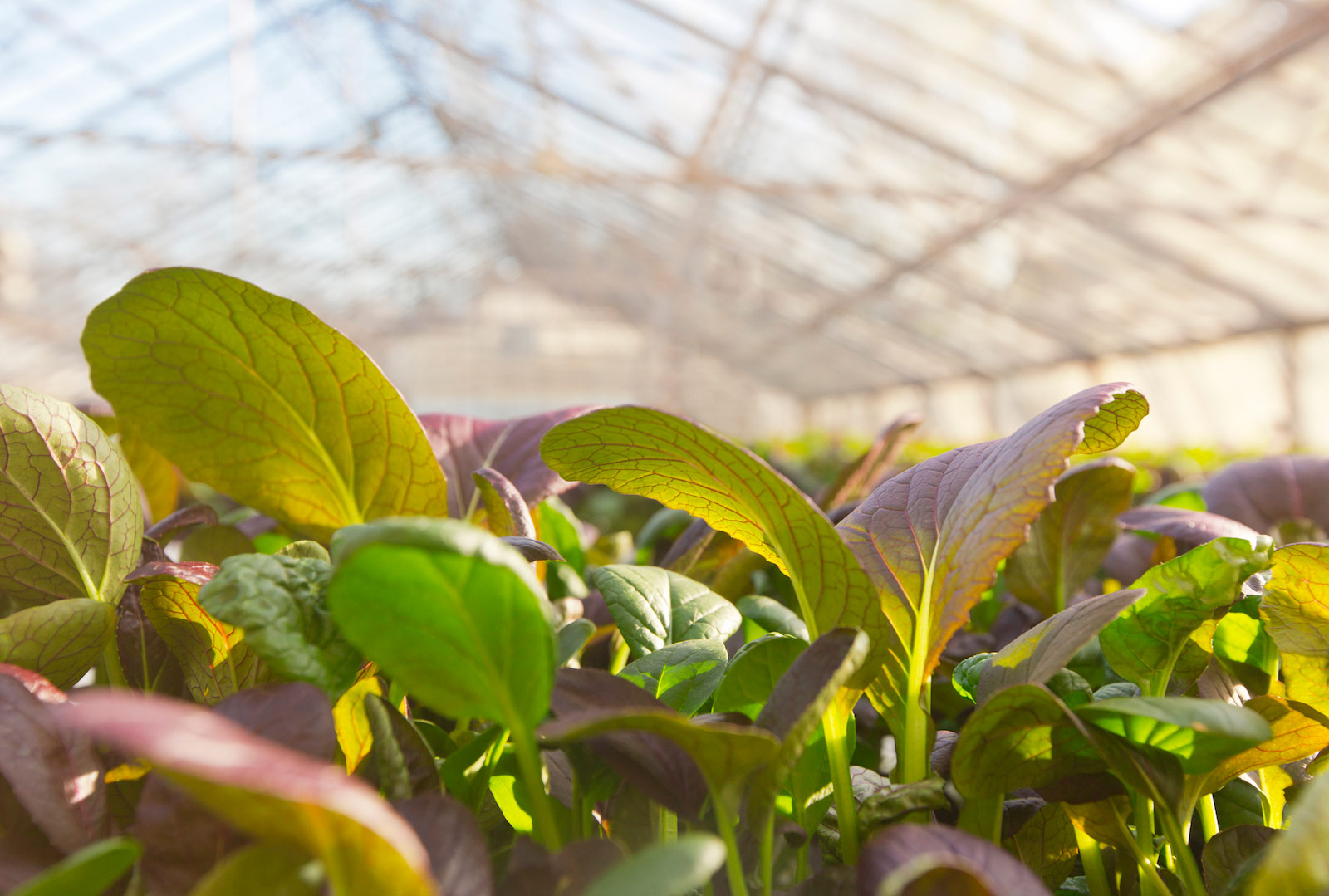 In the United States, over ⅓ of the food that we produce goes to waste. We all enjoy eating our greens with the convenience of pre-cut, pre-washed ease, but at what cost? The founders of Radicle Farm Company were tired of limp, tasteless salad greens and were appalled at the amount of waste produced by current methods of delivering greens to consumers. A living salad seemed like a viable way solution to tackle both problems. The three young entrepreneurs behind Radicle Farm—Christopher Washington, James Livengood and Tony Gibbons— dreamed up the idea, “over bourbon and living salad,” Livengood recounted. Each of the partners has experience managing farms of various scales—Washington worked in international development and managed farms in Accra, Ghana and Washington, D.C., Livengood built agricultural systems and Gibbons brought a wealth of knowledge from the restaurant industry and also co-founded an urban farm in 2008.

“Our mission is to provide the best possible greens to our local market,” Livengood explained. “The two key points in that mission are ‘best’ and ‘local,’ terms essentially contingent on each other.” Radicle Farm launched in January of 2014 with an 1,800 square foot hydroponic greenhouse in New Jersey, $1000 in the bank, and a vision to reimagine the way we produce, harvest, transport and consume fresh greens. Their first product, a living salad that has more in common with a tray of seedlings from the garden nursery than its bagged salad competitors, appeared on shelves at Whole Foods last year. With a bit of water and some sunshine, the Radicle Salad continues to grow until it’s ready to be harvested and eaten. 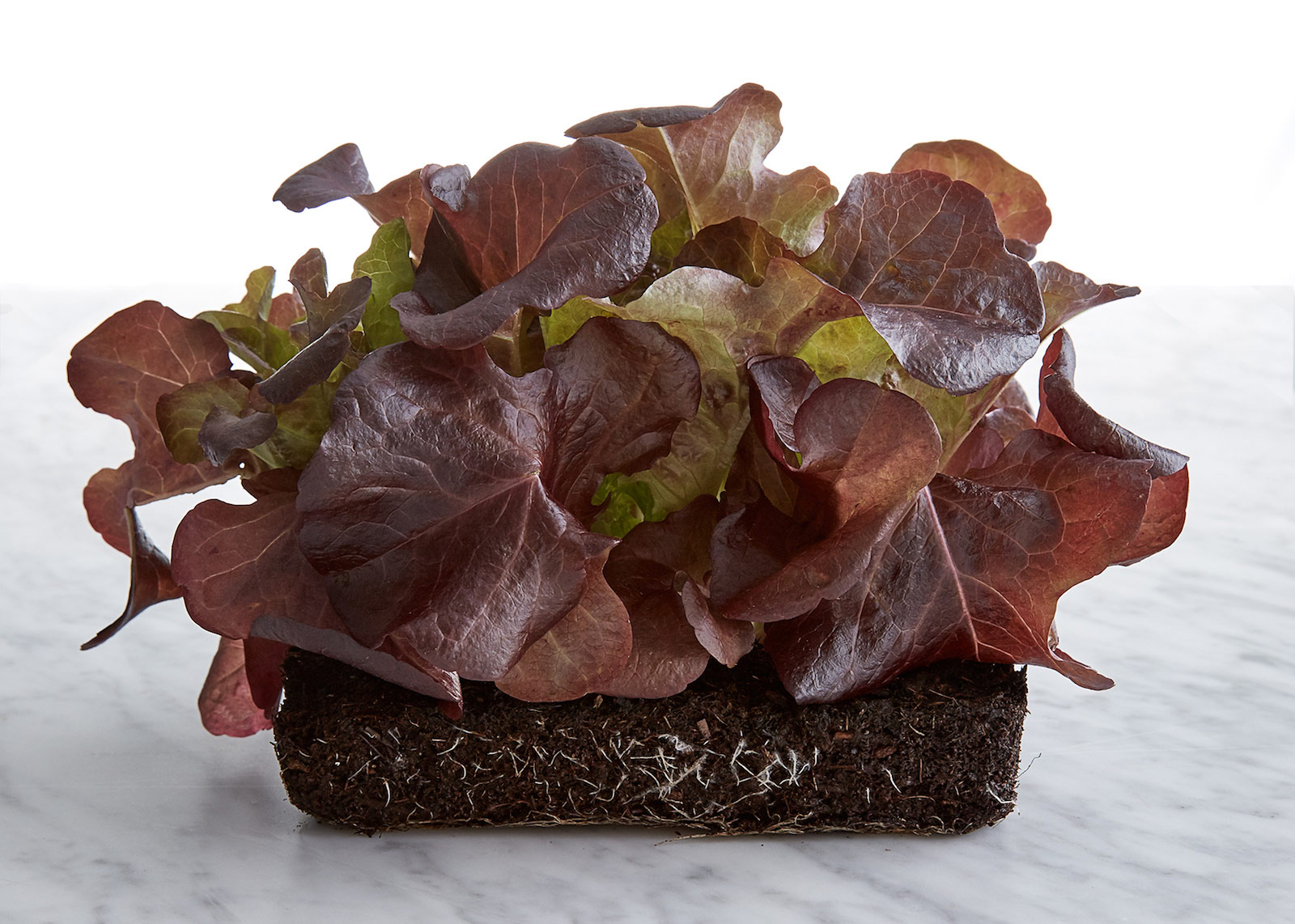 Since then the company has expanded to a formerly abandoned greenhouse in Utica, New York and have developed an interesting and relatively low-cost, automated system with targeted irrigation techniques using minimal water and energy inputs. Greens are grown in a compostable soil mix in recyclable trays, harvested into their open “bag” packaging, and trucked to their final destination. Everything from the design of Radicle’s greenhouse systems to the open package feeds into their mission to provide the best greens to the local market. Their commitment is to grow greens less than 400 miles from the final destination—your dining table.

Radicle’s farm system utilizes fully mobile automated machinery which allows for scalable production without the capital costs of more traditional manufacturing. “We feel strongly that the future of farming in the 21st century will not be on far-away mega farms, nor will it be in converted warehouses or on rooftops,” Livengood explains. “It will be in horizontally-oriented, highly production peri-urban greenhouses that are relatively inexpensive to build and operate, but can be productive year-round within several hundred miles or less from their primary end-market.” Radicle is investing in a scalable, lightweight vision of future farming, iterating and prototyping models through their own business. 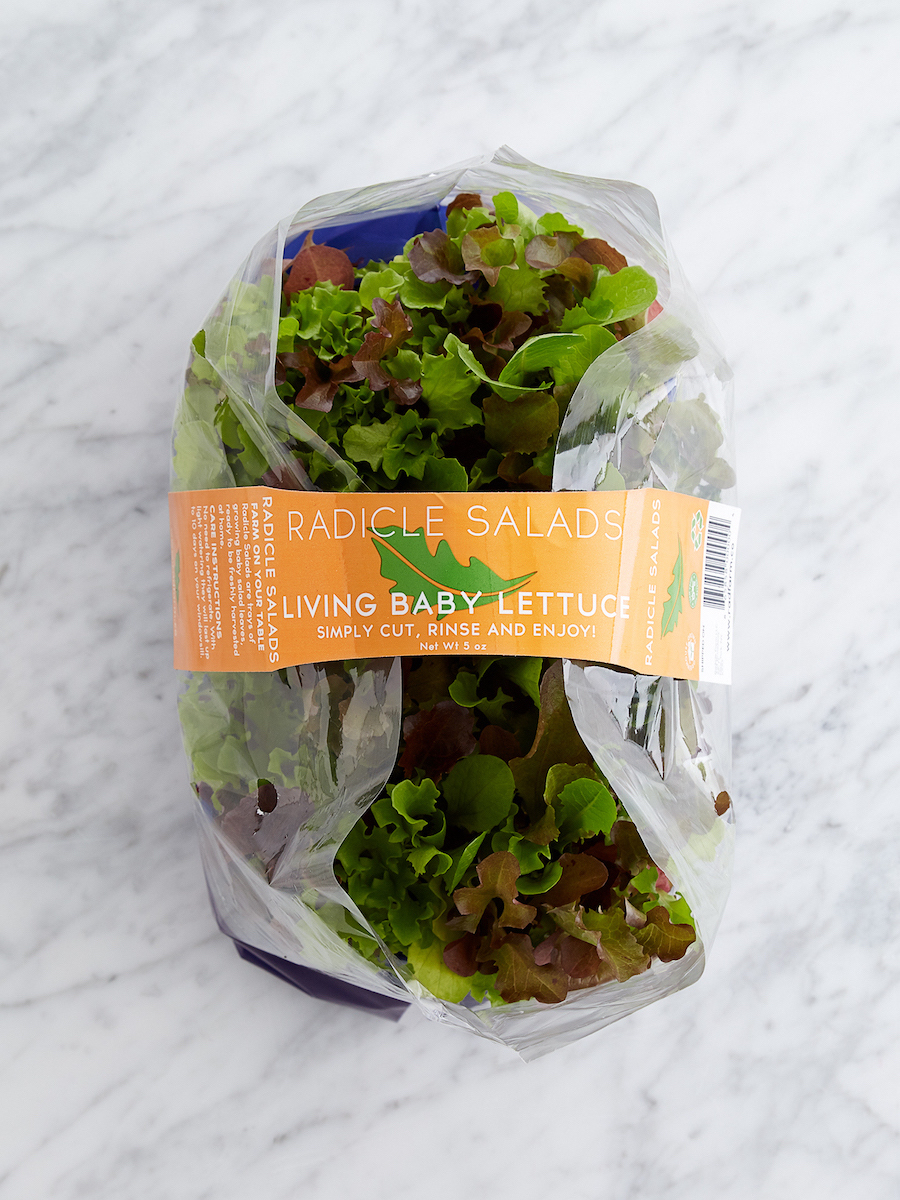 “Fundamentally changing the perception of salad greens is an ambitious goal and we’re in it for the long haul,” Livengood assures us. The company’s promise for fresher, more delicious and safer greens is also a promise of a changing food system. Radicle is not only working to deliver a bit of the farm to our tables and an end to the plague of slimy salad waste, but also designing a new type of product journey to grow, transport and display salad greens. “All we ask is that our customers be open to the idea that there can be better way.”