There are “no real set rules” at Noma, René Redzepi’s famous Copenhagen restaurant, which has received two Michelin stars since it first opened in 2004. It’s not surprising that the restaurant responsible for reinventing Nordic cuisine should take a different approach to the way its managed, too. According to Redzepi, there are no set rules in his “anti-classic kitchen,” and the traditional hierarchy of titles doesn’t work for the kind of food he creates. In fact, it’s this very lack of structure that’s been pivotal to the success of his business.

Upstairs from the kitchen where everything is cooked, there’s an open floor mis en place prep space where, among other things, shellfish are shucked, fish is descaled, and moss is cleaned. You can hear early Rolling Stones playing in the background as Redzepi casually leans against a countertop during the interview (watch below). His casual demeanor may be natural to him, but it’s also a conscientious affront to the traditional tough-guy chef.

“We almost ruined our trade by making it too hard, too macho,” says Redzepi, who goes on to talk about how running a restaurant is stressful enough without adding unnecessary pressure. He and his staff still put in the grueling 85-hour work weeks that any successful restaurant demands, but without any of the “militaristic dictatorship that used to govern [kitchens] and that [he] grew up with.”

Redzepi cites the layout of the space as key to keeping the lines of communication free and easy. Like an office with an open floor plan, the large, spacious prep area was designed to facilitate collaboration and communication.  “Our cooking got better after this space was created,” he says, noting an increased confidence among his chefs. “People are not afraid to make decisions.” 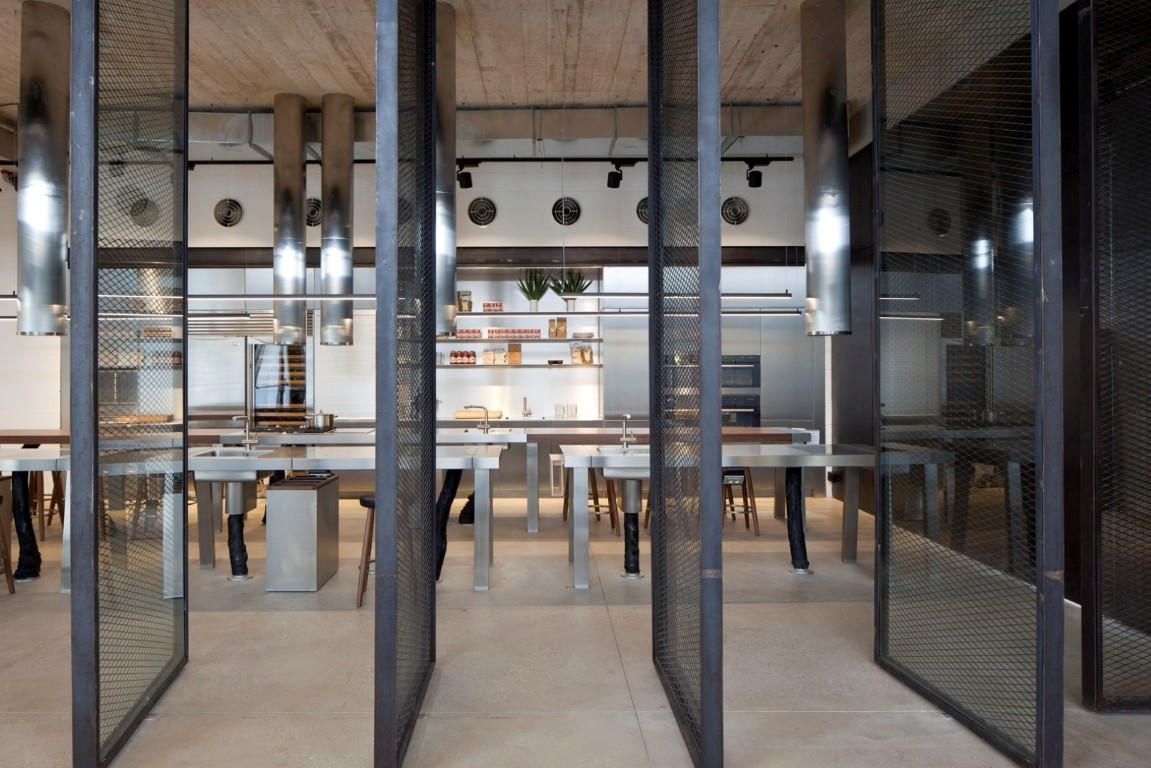