When you walk into AvroKO’s new California coastal diner Genuine Superette in Little Italy, make sure you’re in the mood for a healthy juice. Or a well-mixed cocktail. Or, if you’re feeling a bit adventurous, be in the mood for both.

Behind Genuine Superette’s comfort food facade of fried chicken, chili fries, and ice-cream sandwiches (on real brioche buns, wafers be damned), there exists an ongoing laboratory of fresh beverage design. Expert mixologist Eben Freeman (previously of Tailor and wd~50 fame) is at the helms of the in-house cocktail menu, and he’s added juicer to his list of bartending gear. 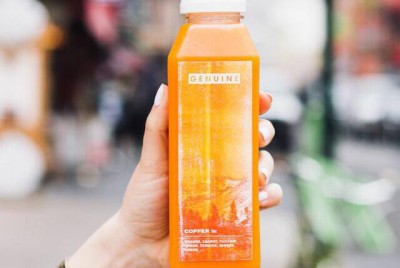 “I think it’s an advantage” Freeman notes, as he admits to having no prior experience with juicing, other than making standard cocktail mixers. The fresh perspective (pardon our puns) frees Freeman from traditional juice combinations—carrot, apple and ginger or apple, kale and spinach—and allows him to experiment with sweet, zesty and pungent fruits the same way he does liquors. 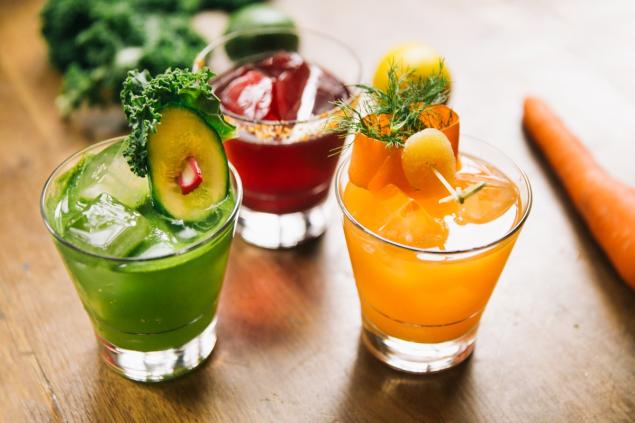 Genuine’s newest cocktails introduce the larger trend of alcoholic juices, which substitute traditional cocktail mixers (soda, tonic) with natural fruit and vegetable juices, bitters, and herbs. Such combinations originally surfaced in 2013 as a shallow extension of the juicing trend (see “juicetailing”) where cocktails were marketed towards the health-conscious and little consideration was given to ingredient mix. 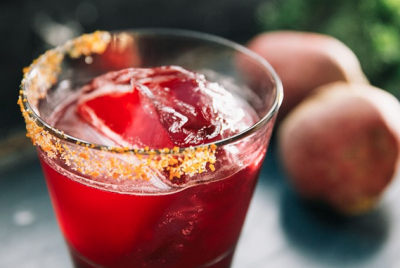 Genuine’s cocktail list is a grown-up, truly designed iteration, with dedicated attention to the balance between alcohol and mixer—gin plays second fiddle to parsnip and turmeric in Copper Mine, while rum mellows jalapeno’s bite in the Pot O’ Gold.  Freeman’s artful curations promise no witchdoctor health benefits, but they are guaranteed to taste unexpected and fresh—a staple of Genuine’s fast-fine brand identity, and a requirement for our summer drinks.