The hunt for alternatives to cows, pigs, and chicken that taste like the real beast has spawned another cruelty-free and product with limited environmental impact: “eggs” made mainly from a mixture of sorghum and ground up peas (an excellent source of plant protein).

You can read more about growing meat in-vitro in our recent post about how biotech companies are shaping the future of beef, but for the latest in egg substitutes we turn to Josh Tetrick, CEO and founder of San Francisco-based Hampton Creek Foods and producer of Beyond Eggs, the prize product that lists even Bill Gates among its investors.

“We’re trying to take the animal totally out of the equation,” Tetrick said in an interview with NPR. Why? “Raising meat takes a great deal of land and water and has a substantial environmental impact, “ Gates wrote in his Future of Future blog. “There’s no way to produce enough meat for 9 billion people. Yet we can’t ask everyone to become vegetarians.”

Some benefits to staying out of the hen house? No cholesterol. No allergy concerns. And no worrying about salmonella outbreaks. 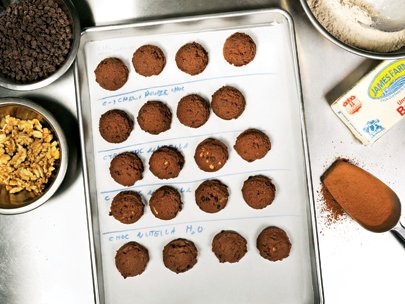 Bob’s Red Mill already makes a powdered egg replacer, though ingredients like soy flour, wheat gluten, and corn syrup solids exclude a whole other allergy-prone group. Reviewers on Amazon gave Bob’s 3.5 stars for use in breads and cakes, but what about scrambles and omelets? That’s Tetrick’s next big challenge, though from the looks of the video on their site, it looks like they’re nearly there. Not only do people say they can’t tell the difference, but they often even prefer the eggless versions of mayonnaise and baked goods.

No word on how soon we can expect to order a Beyond Egg breakfast burrito, but the company recently announced the completion of its $23 million Series B round of financing, as well as its expansion to Asia, so with the testing phase nearly complete, it’s only a matter of time now.