Despite the growing snow drifts and blustery winds of Minnesota winters, Minneapolis’s most dedicated agriculturists climb in and out of an in-ground pit to reap the city’s first underground winter harvest of cabbages, broccoli and even strawberries.

The winter harvest springs from Sophia, an 11- by 7-by 6-foot deep hole that serves as the city’s first underground pit greenhouse. Built in a nondescript backyard, using scrounged lumber, fencing and windows (for a total cost of $0), Sophia creates a airtight subterranean environment that regulates temperatures between 50-60 degrees Fahrenheit.

The practice of building underground greenhouses dates to prehistoric South American cultures. Known by the Aymara Indian term “walipini,” meaning “place of warmth,” these structures are well known for producing crops such as bananas at 14,000 ft. elevation in the Andes mountains. 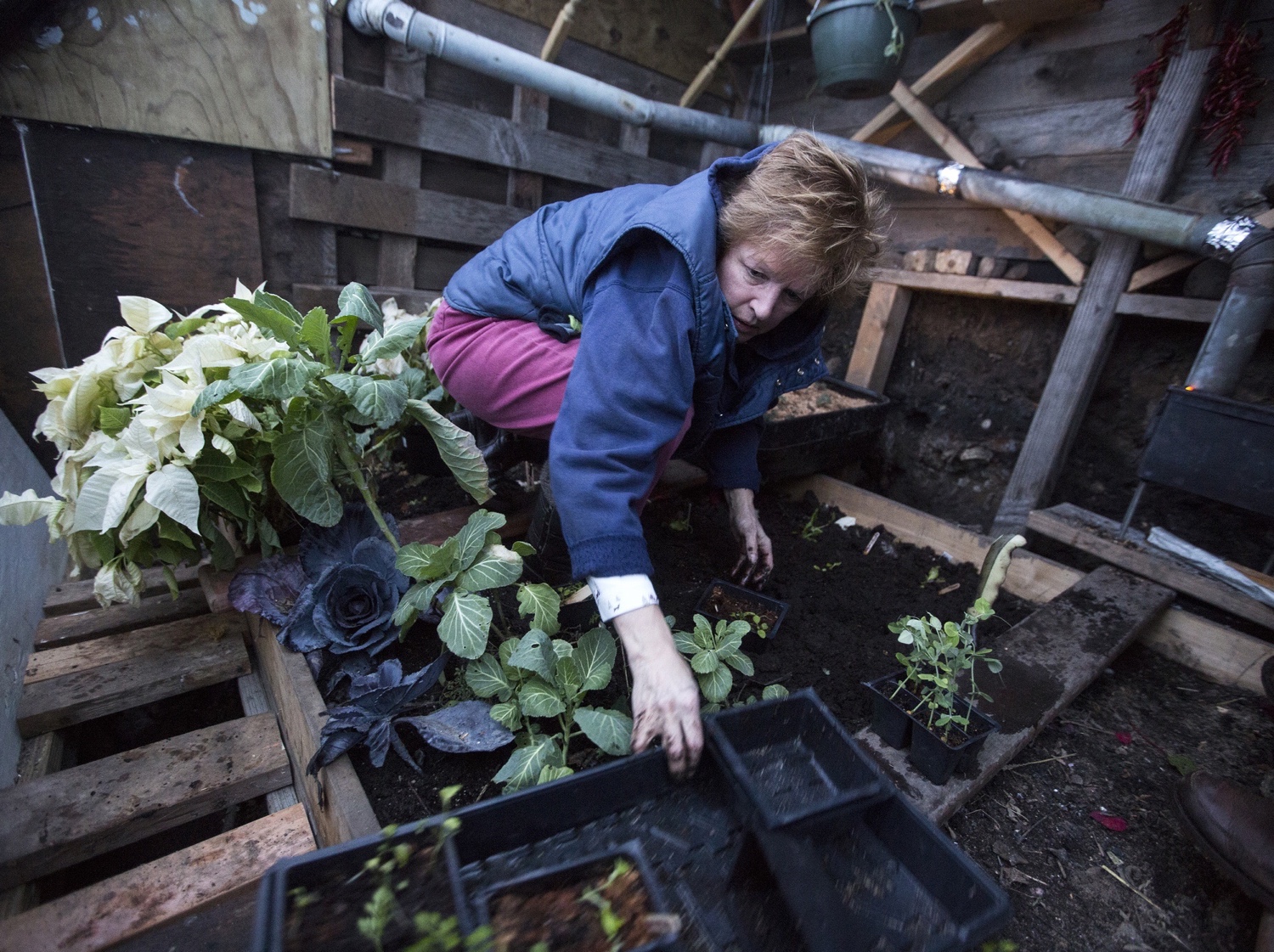 Walipini rely on constant soil temperatures to store collected solar energy during the day and radiate it to chilly plants at night. Water, which is a stronger insulator than soil, can also be stored in barrels that capture thermal heat and and release as needed.

Sophia’s tenders view the pit greenhouse as a prototype for growing food in harsh climates and expanding access to natural and local ingredients. Though the Northern Hemisphere’s sun angles aren’t nearly as effective as they are in equatorial regions’ walipini, Minneapolis’s residents expect Sophia to ignite regional conversations around sustainable food growth.

“There is this push — we do need to find low-tech, low-cost ways to grow food year-round,” said Paula Westmoreland, an agroecologist and Minneapolis resident. “People will continue to experiment.”