The history of the TV dinner is the history of modernization in the United States. The frozen meal was popularized in postwar America and marked a time where women were entering the corporate workforce and industrialized food—canned, frozen and packaged for grocery shelves—helped them continue their daily duty of putting a warm meal on the table. As Smithsonian Magazine noted, “In a culture where packaging is paramount, the idea that a complete meal could be contained in one slim, stackable container appealed mightily to the American yearning for simplicity, economy and efficiency.” In 1954, Swanson introduced the first commercially successful frozen meal, selling 10 million of them in their first year of national distribution and launching a whole category of dining as experience—dinner with device. 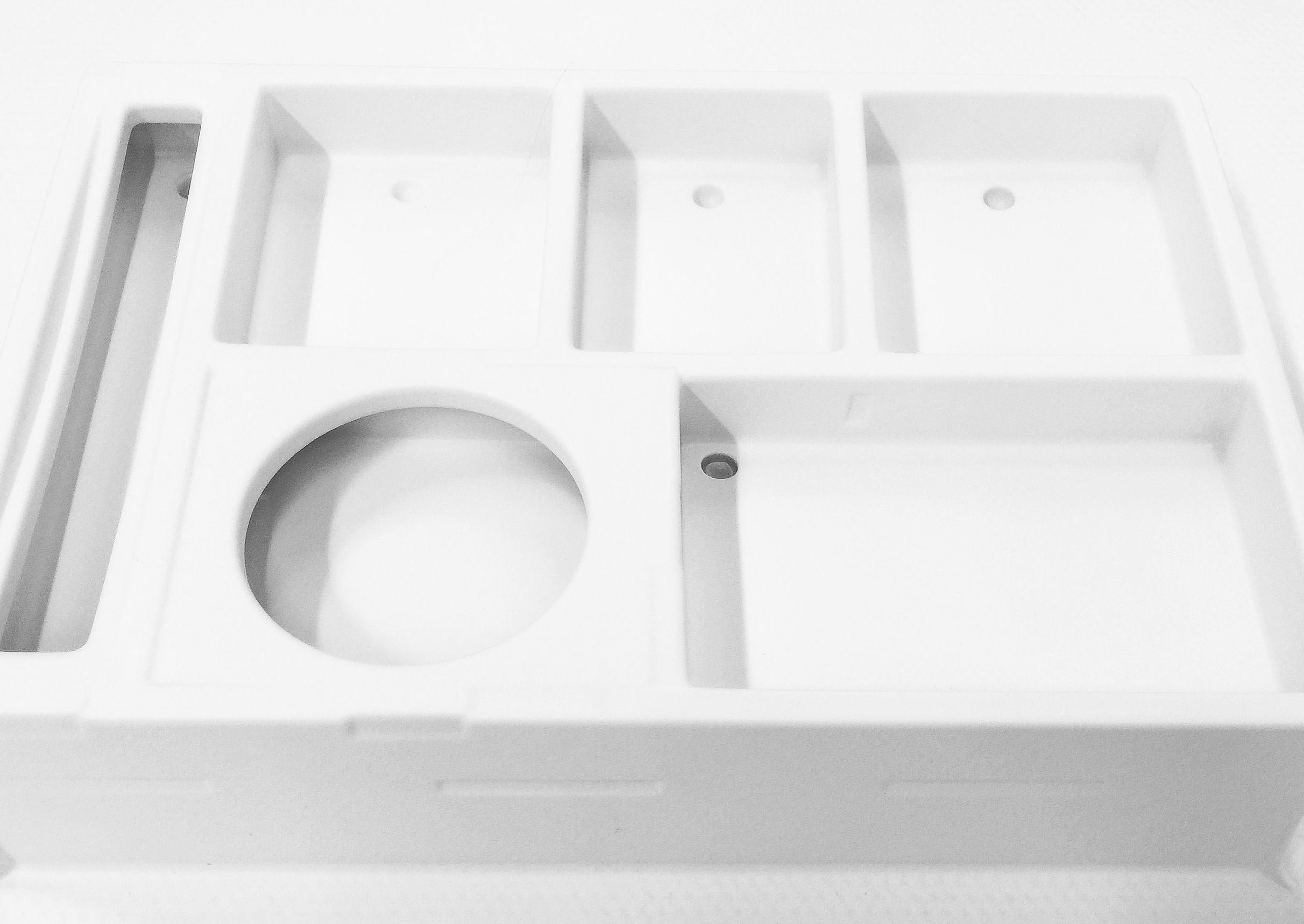 More than half a century later, students at Art Center are paying homage to the TV dinner with forkCHESTRA, a video chat dining experience that mimics the intimacy of in-person communal dining. A dinner tray connects with other diners via a chat platform on your mobile device. Hand gestures of the diner trigger unique sounds that, when combined with other diners, create a soundscape orchestrated by the act of eating.

[See the designers behind forkCHESTRA speak with the editor of MOLD at the upcoming Design Observer TASTE conference in Los Angeles on February 12. MOLD readers receive a 15% discount when you enter the promo code TASTE at checkout.]

With each networked dinner creating a unique soundtrack, forkCHESTRA opens up some interesting possibilities for dinner theater that is interactive instead of isolating. “Historically, sound from the television was an important element of the TV dinner interaction. We wanted to maintain the significance of listening to a device, while recontextualizing it for a more participatory interaction,” the designers Erika Barbosa, Josh Bookman, Elaine Cheung and Nan Tsai explain to MOLD. The introduction of play and co-creation through a participatory meal also compensates for the lack of shared taste and smell for remote designers. 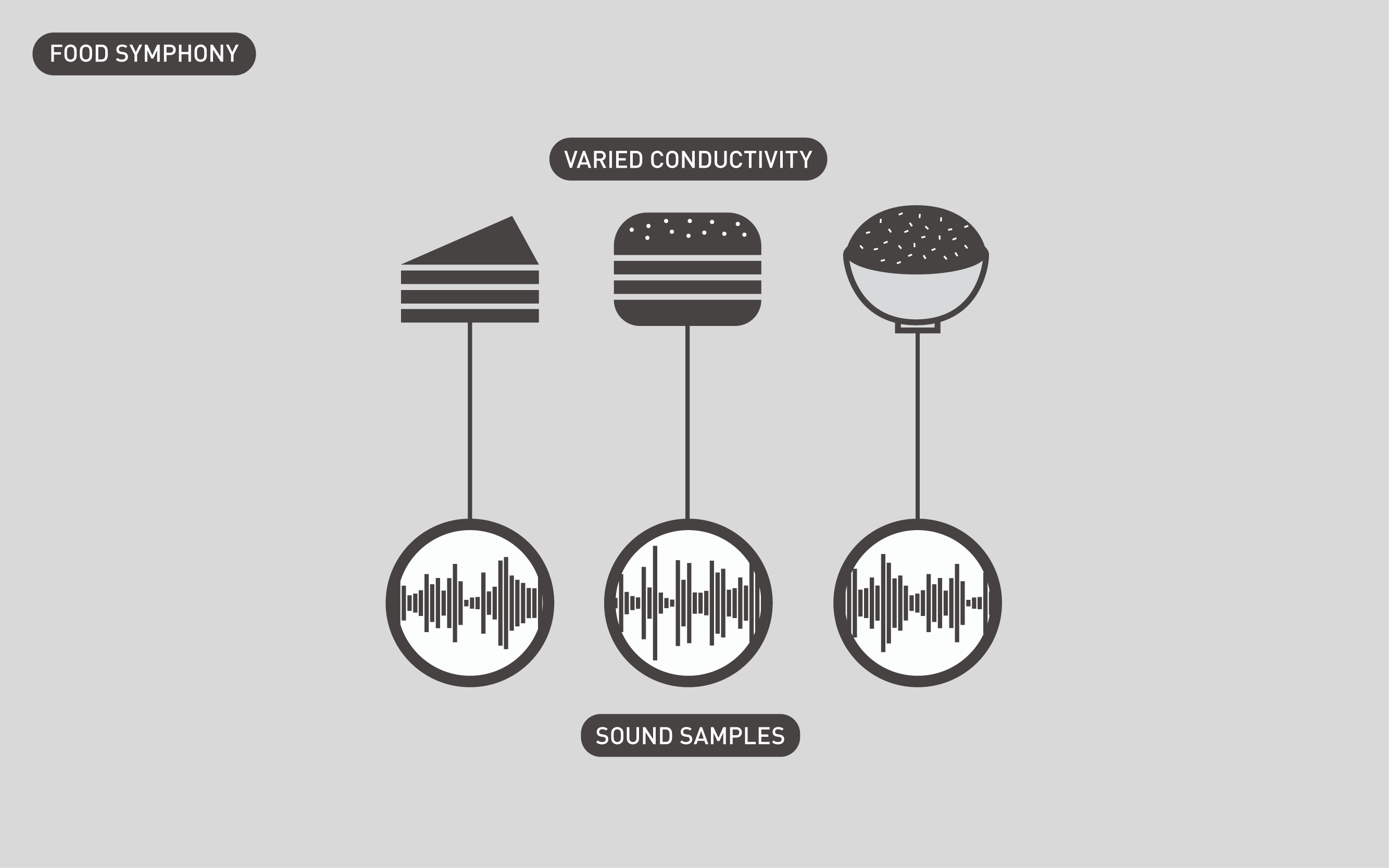 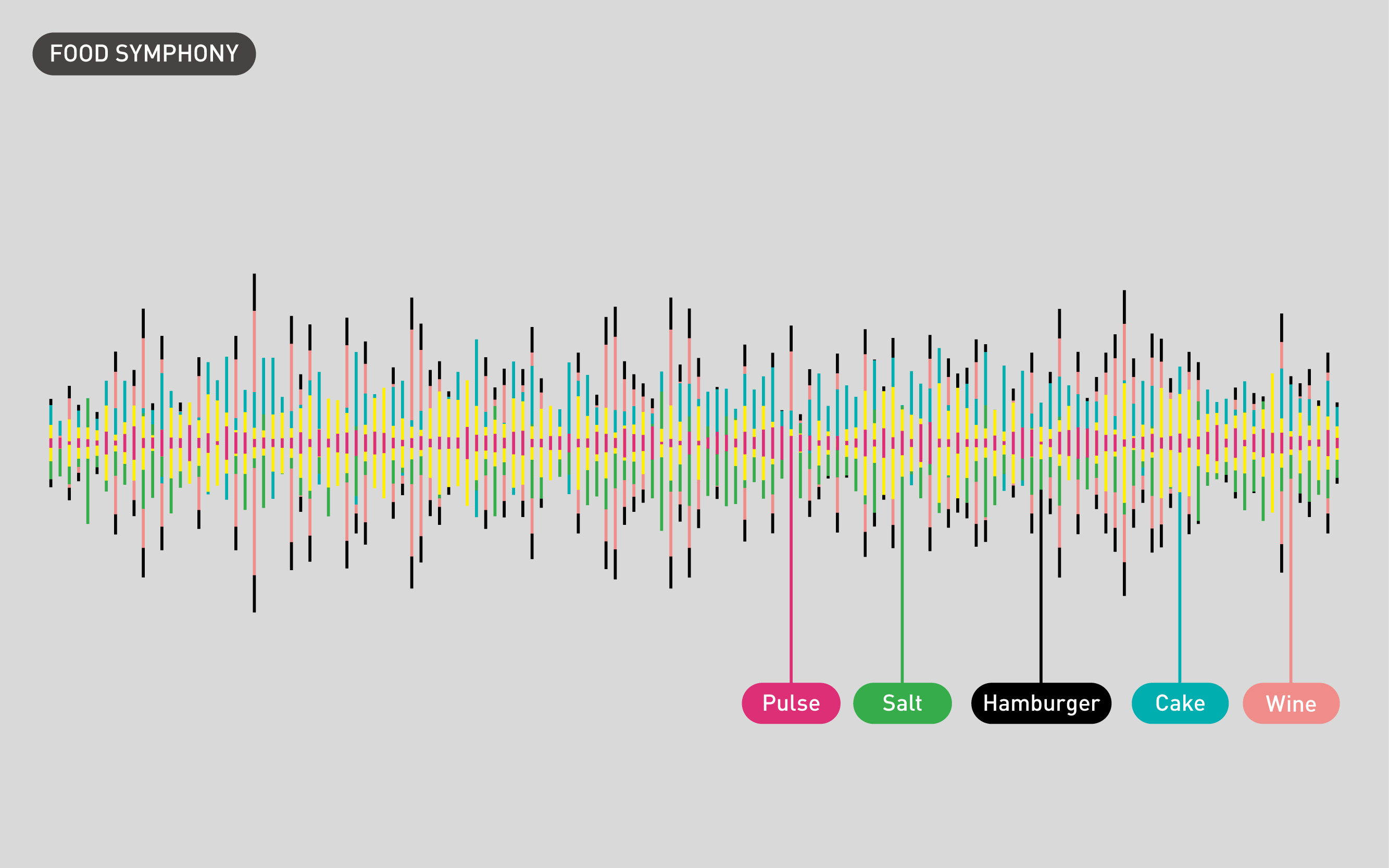 And what foods are best for making music? The team tells MOLD that “while the microcontroller can transmit sounds by touching most solid food matter, liquid foods (sauces, condiments, etc.) let the diner consume the interaction without compromising the soundscape.”

Pass the mustard. Now that’s music to our ears.

forkCHESTRA was shown at Expo Milan 2015 as part of the Cumulus Exhibition, Design to Feed the World, alongside 100 projects from 50 international universities and colleges of art, design and media.