Designers love to sketch so it should come as no surprise that the practice is employed by one of the world’s most recognized designers of food, chef Ferran Adrià. A recent exhibition, Ferran Adrià: Notes on Creativity, collects the elBulli chef’s works on papers to emphasize the role that drawing has in Adrià’s quest to understand creativity. 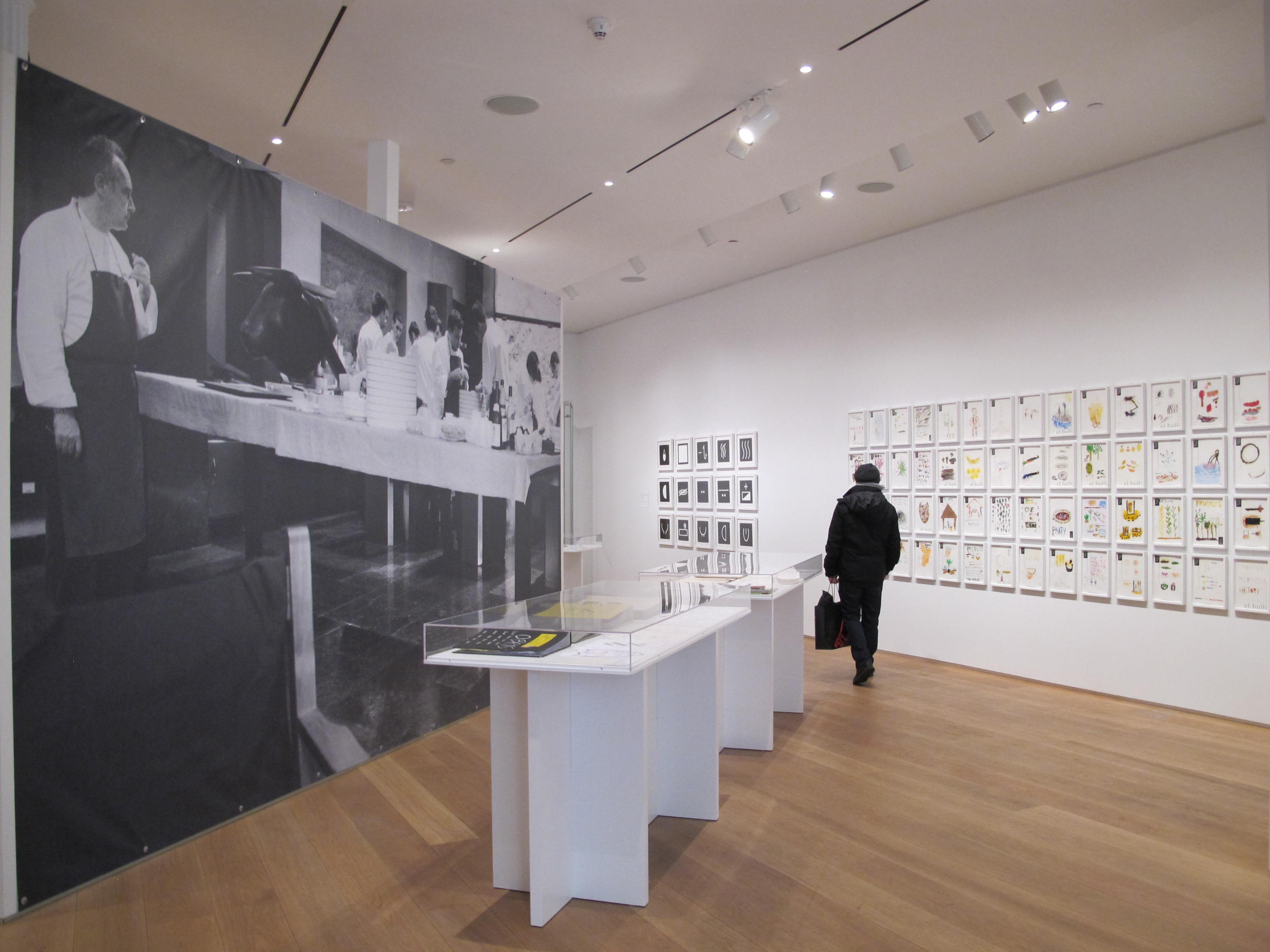 Hundreds of notebooks have been filled with concepts, ideas, collaged photographs, and loose sketches for new dishes for elBulli. More straightforward creative methods in the form of lists, tables of ingredients, and cooking methods have also been used to assemble ingredients and conceptualize new ways of cooking. The use of drawing to articulate cuisine (as both product and concept) highlights a creative model that is always in flux and constantly shifting.

Menu development ideas and product taxonomies sit side-by-side with personal notes and architectural models in this wonderful exhibition. Vitrines filled with candy-colored 3D plasticine food models that were used not only to show how food should be plated, but to create food molds for specific proportions in each dish. 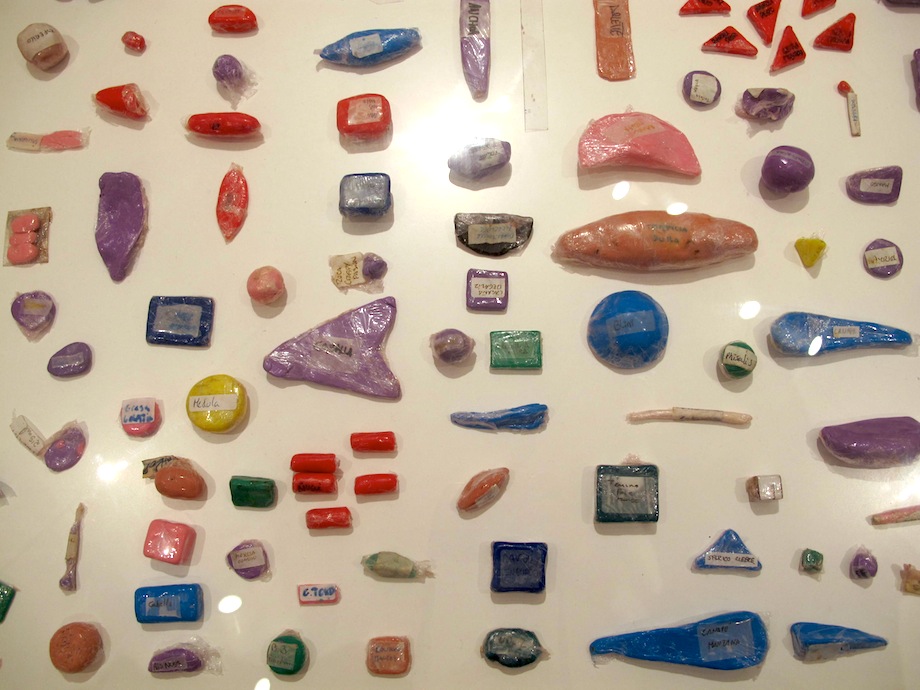 We especially loved the drawings and prototypes related to the development of elBulli’s kitchen tools, tableware and utensils. In 2001, elBulli began its collaboration with the Swiss designer Luki Huber. What began as a conversation about dishes for snacks led to dozens of bespoke service items, tools and packaging, defining some of the restaurants most memorable dishes. 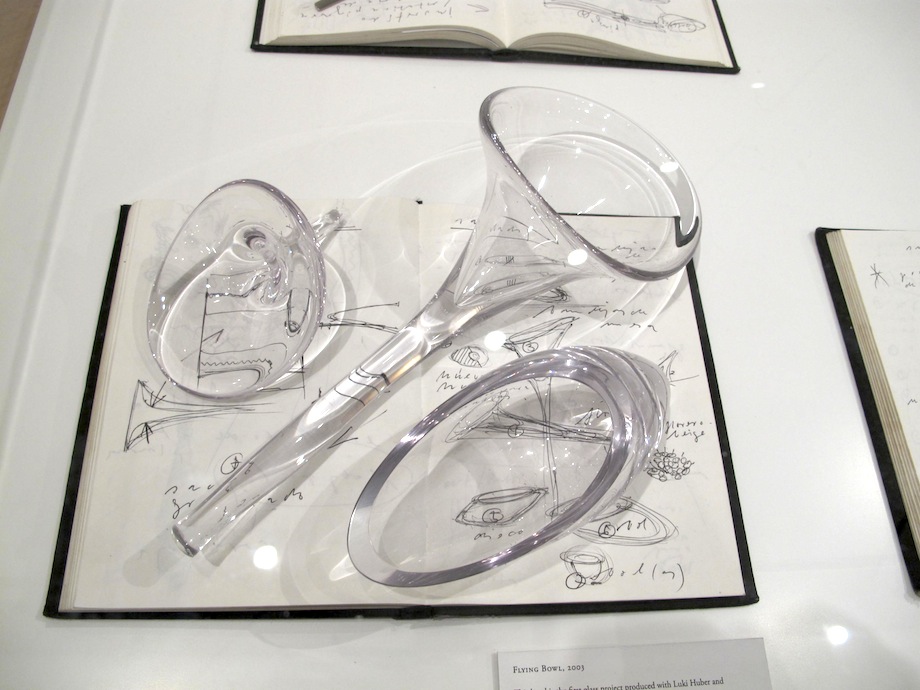 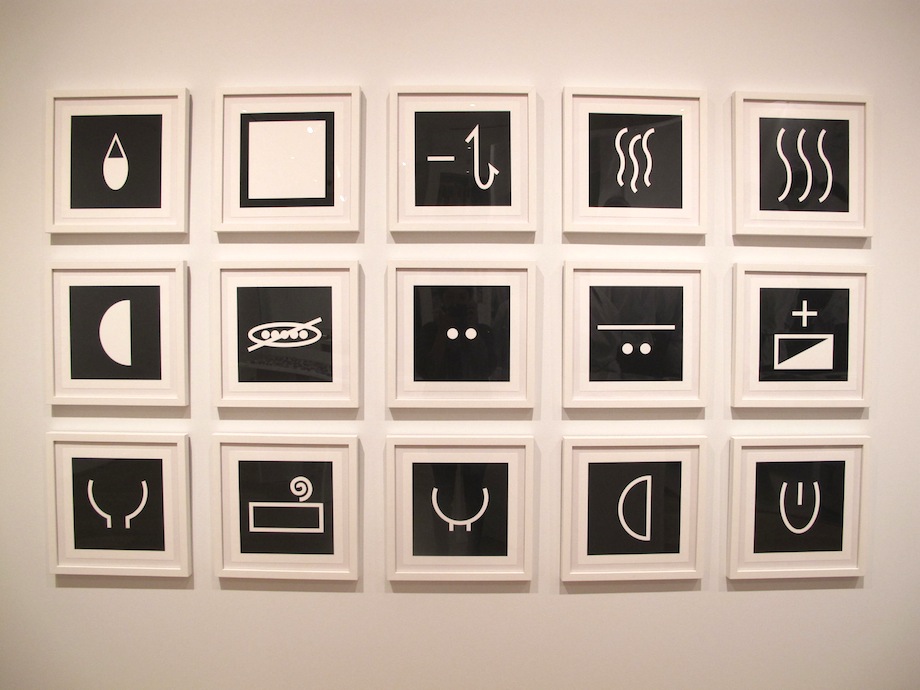 A series of pictograms developed by Marta Méndez Blaya in 2001 for elBulli’s General Catalogue are graphic icons for products used in the restaurant. Water, gas, seaweed, furred game, dehydrated products and fish offal are just a few ingredients and production methods in the elBulli aresnal. Notes on Creativity also marks the debut of 1846, a 90-minute film produced by The Drawing Center, elBullirestaurant and Mogollon that features every dish that Adrià served at elBulli. The film, projected downstairs, is played on continuous loop along with Documenting Documenta about Adrià’s participation in the art festival, Documenta.

It is no understatement to say that Ferran Adrià and his deconstructivist cuisine exploded ideas about cooking, revolutionizing our understanding of gastronomy and expectations for fine dining. By introducing new technologies in the kitchen, Adrià and his collaborators in his Barcelona-based workshop, elBulliTaller, introduced new forms, experiences and an element of surprise in the hallowed halls of elBulli. Where would fine dining be today without culinary foam? 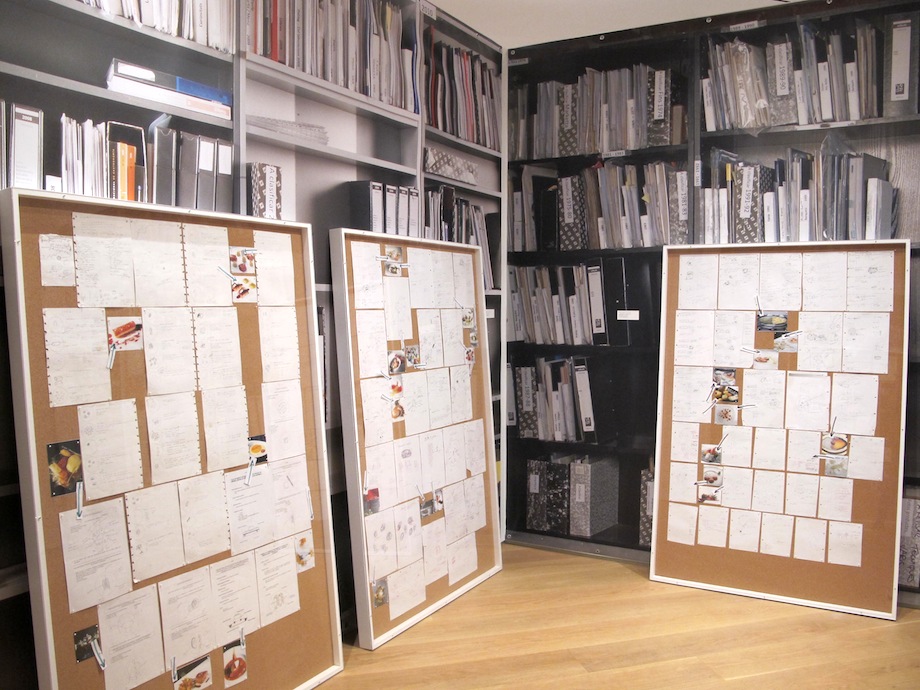 Although elBulli closed its doors on July 30, 2011, the driving philosophy that made elBulli a global icon still lives in elBullifoundation, a permanent exhibition staged at the site of the restaurant and BulliPedia, a digital archive that “will organize and archive the body of knowledge of the history of cooking.”

Ferran Adrià: Notes on Creativity will be on view at The Drawing Center in New York City through February 28th followed by an international tour.

Special thanks to Andra Keener for the inspiration!