He’s perhaps best known for his nitro ice cream buggy, which uses a nitrogen injection system to make instant fresh ice cream. The entire unit can run off a standard electrical outlet and is completely flat-packable, too. More recently, he’s created a glow-in-the-dark ice cream made with the luminescent protein from jellyfish. Don’t expect to try it anytime soon, though. At $225 a scoop (and low levels of toxicity to suss out) Francis still has some more experimenting to do.

Now, however, he’s adding one more market-ready invention to the list: an edible mist machine that uses ultrasonic vaporization to create a flavored mist you can inhale through a straw. Francis explains to us how it works:

To create one of the flavors on his extensive menu, Francis uses a rotary evaporator to extract the essence of the particular ingredient. Popular flavors include, apple pie, chocolate cookie, fresh strawberry, lemon meringue, marshmallow, and coffee, though Francis can also make you a custom mist. UK residents can rent a machine starting at $1,000 (we’re officially accepting mist machine party invites, by the way).

Speaking of custom flavors, Francis says he can make absolutely any flavor you can dream up. Really, any flavor? “Anything. Challenge us, I dare you.” Recently, and “A-list celebrity client” took him at his word and challenged him with a Viagra-enhanced champagne-flavored ice cream (pictured below). He was apparently “very happy” with the results.

How did Francis get to be an edible inventor, we wanted to know. Tinkering around on his parents’ dairy farm in South West Wales is a good start. “They were one of the first farmhouse ice cream producers in the country…and still make ice cream and wonderful flavors like champagne & passion fruit, christmas pudding and mint humbug.” And a little real-world work place dissatisfaction never hurt, either. Before striking out on his own, Francis says: “I had a job! I used to work in advertising deciding which hue of blue a toothpaste tube should be.” Experimenting with ice cream all day sounds a helluva lot better. 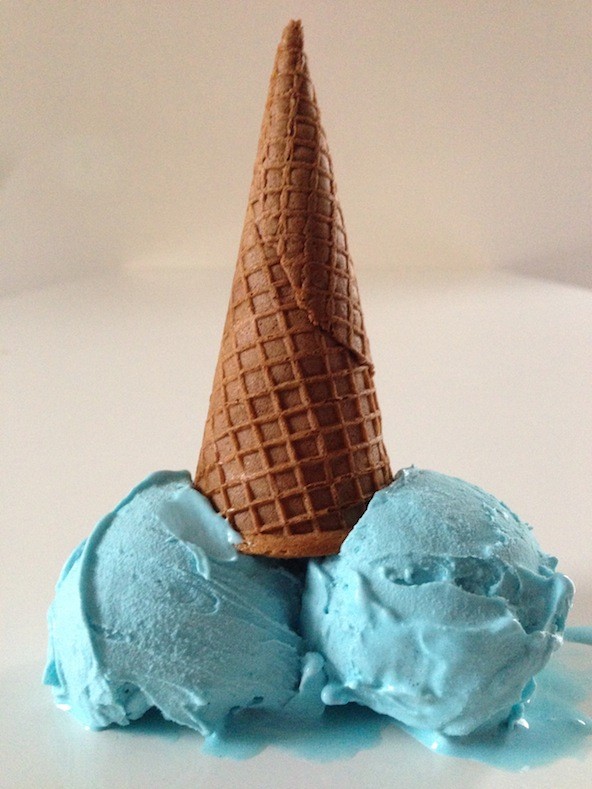