Eat Shit! For this year’s Salone del Mobile in Milan, Design Academy Eindhoven (DAE) is presenting its first food design exhibition…dedicated to the decidedly unglamorous topic of shit. With a reputation for presenting beautifully conceived conceptual work rooted in rigorous research, the Academy will show the work of the 18 students that comprise the first class of the Food Non Food program as well as a selection of projects from alumni.

Eat Shit is designed to showcase the ethos of the Food Non Food program, the world’s first undergraduate bachelor of arts degree program offered in food design, which, “so far has little to do with cooking and everything to do with systems, rituals and materials,” notes DAE’s creative director Thomas Widdershoven. Calling out four main themes, Eat Shit will present the work of the program, and explore facets of a cyclical life cycle (shit is both at the beginning and end of our food chain), resources and waste in our consumption economy, and the indignity one feels when the phrase is uttered in the face of “inequality, unfairness or corruption.” 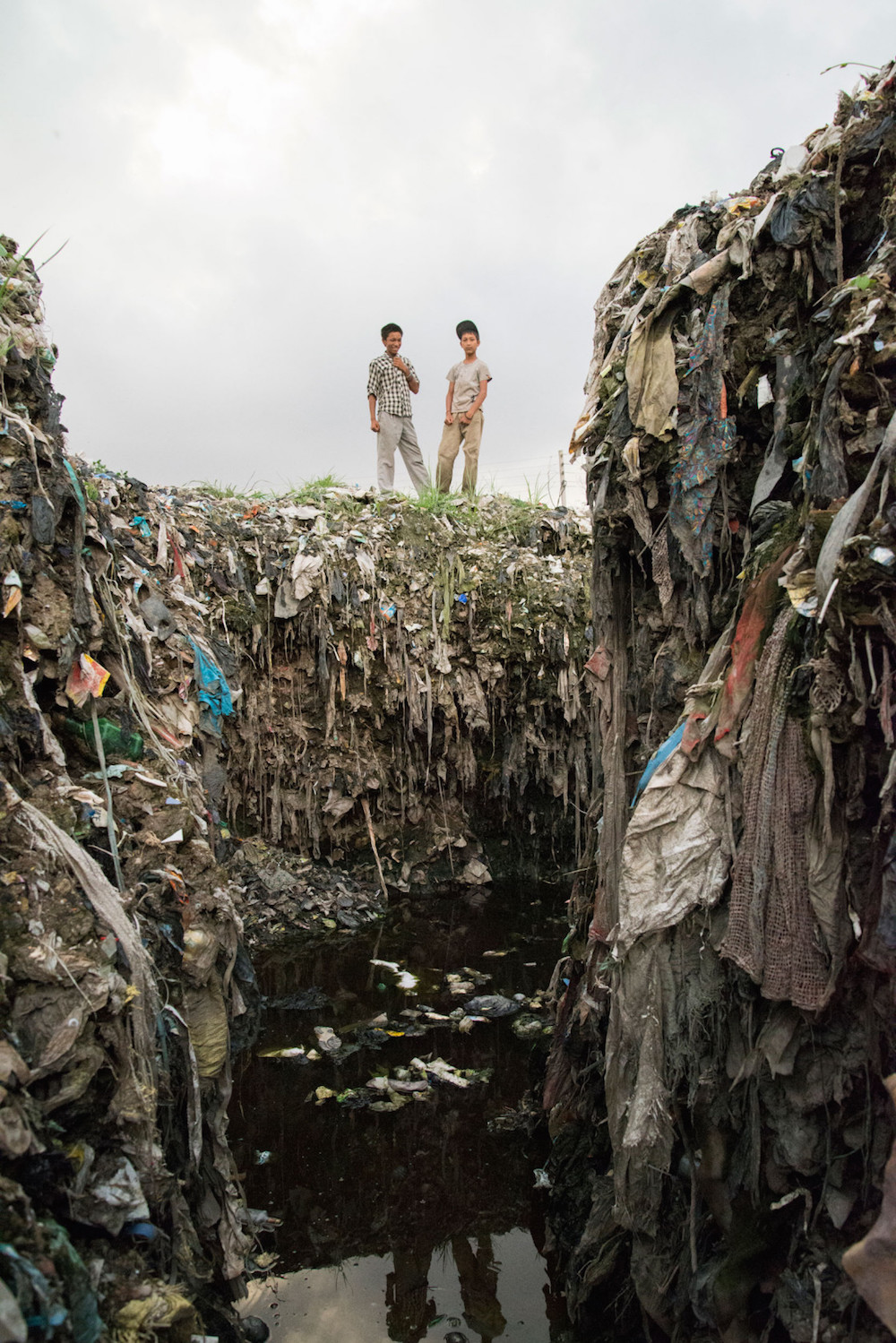 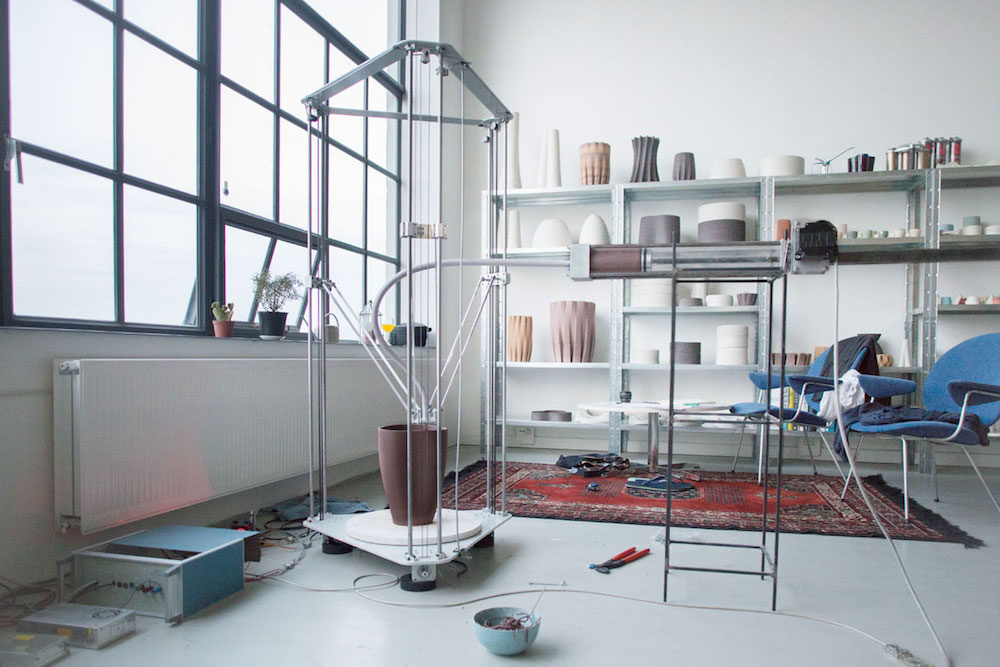 Olivier van Herpt’s 3D Ceramics Printer (2014) is a technological innovation that extrudes food-safe clay to create objects—tableware and vessels—at human scale. Clay, which is earth and decomposed organic matter, is also a very tactile and personal material. Widdershoven argues that “while a designer makes and then identifies with clay, a person makes and then identifies with poo—internal evidence of an external mood.”

In Limbo Embassy (2014) is a mobile “embassy” that serves as a physical meeting space for asylum seekers and refugees. The work of Manon van Hoeckel, the Embassy is currently supporting Wij Zjin Hier (We Are Here), a self-organized refugee group in Amsterdam. 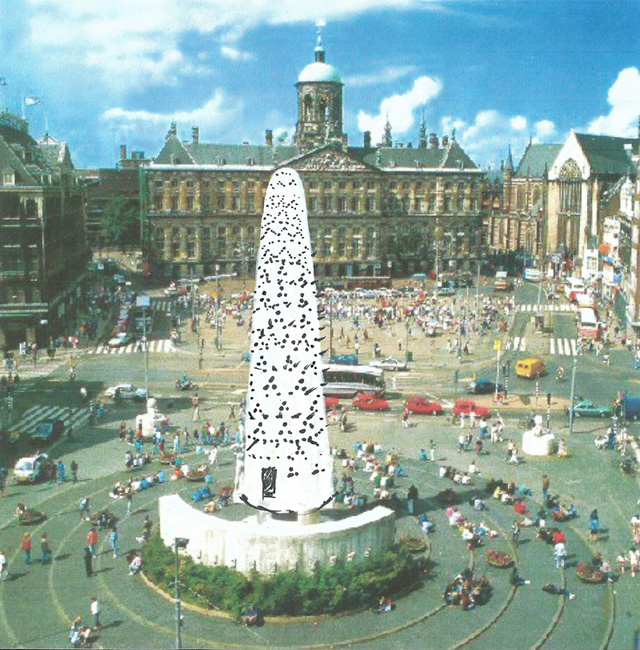 Arne Hendriks’ Pigeon Fertilizing Tower (2013) reconsiders the relationship between humans and what we in New York lovingly refer to as “flying rats.” Hendriks proposes a structure built of recycled newspaper bricks to house pigeons. As the pigeons roost and poop inside the tower, the guano can be harvested as fertilizer.

Marloes van Bennekom similarly uses design to transform the relationship between citizens and public space. Van Bennekom’s Outdoor Pharmacy (2011) draws from a tradition of naturopathy to create gardens with specific plants to serve the needs of the nearby populations—ginko trees that improve memory near senior citizen homes and rosemary bushes near gyms to soothe the muscles of athletes. 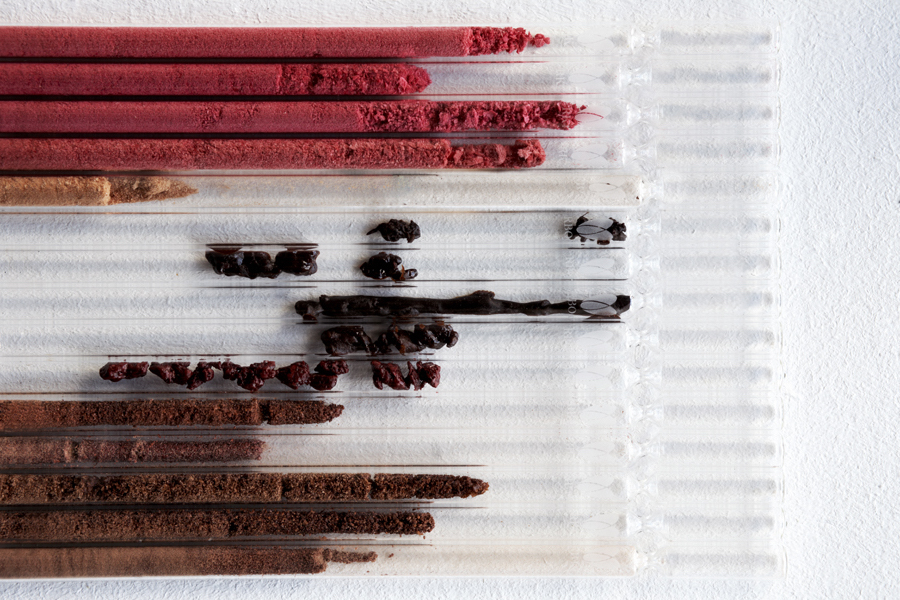 Laura Van Os developed the first ecological pesticide for the Verroa mite in the VICTORIA project. The mite, a parasite found on bees, can be controlled using a powder derived from the victoria strain of rhubarb.

A timeline of over 400 food-related projects from the archive (1976-2014) will tie these disparate ideas together. The timeline itself is the product of Jason Page’s 2014 graduation project which digitized the archives of DAE.

Eat Shit will be on view from Tuesday, April 14th – Sunday April 19th in the Ventura Lambrate district, corner of via G.Crespi and via dei Canzi. Three DAE Breakfast Talks on the 15th, 16th and 17th April will give the public the chance to meet with Food Non Food tutors and students.