With the Christmas spirit upon us, you might begin considering some of the more mundane aspects of holiday tradition, namely, what to do with the Christmas tree. Have you considered eating it? Designer and baker Julia Georgallis of The Bread Companion and Lauren Davies of HEKA Lab took on this challenge with their project and supper club, “How to Eat Your Christmas Tree”.

After meeting at the RCA, Georgallis and Davies got into the holiday spirit with the novel idea to extend the life of this seasonal purchase with a pop-up dining experience centered on using evergreens as an ingredient in each dish. Three months before the holidays, the duo dug into the research and found that there was very little on cooking with conifers. They found that in folk medicine, evergreens are a symbol of strength and used in the winter to ward off colds and boost our immune systems. With free reign, the designers explored numerous possibilities, “blitzing things, smashing things, deep frying things,” Georgallis explained. 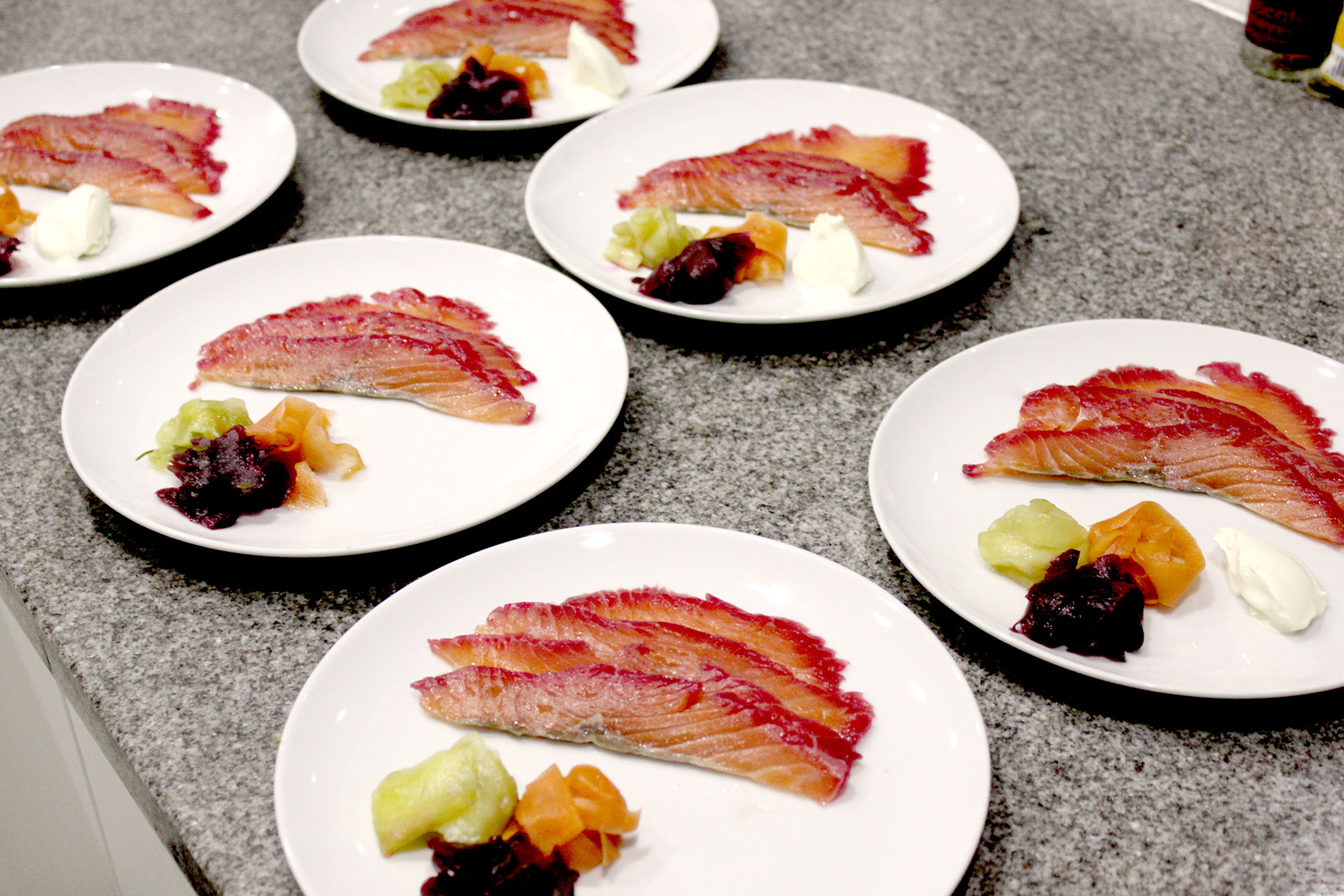 The result was a three-course meal that focused on the flavors and aromas of the Blue Spruce. “We ended up concentrating on Blue Spruce, which has a very strong, citrusy fragrance and flavour, and Douglas Fir, which is subtler, with a more typical Christmas tree-scent and a green, grassy flavour. It’s not as overpowering in recipes,” Davies told MUNCHIES in an interview for last year’s dinner. “We got through a whole Blue Spruce with all our experiments though, so we had to drive back and buy another one.”

In anticipation of the second annual “How to Eat Your Christmas Tree” dinners, we spoke with Georgallis about deep fried pine needles, Christmas tree-flavored Scotch Eggs and the joys of sharing creativity in this exclusive conversation with MOLD. 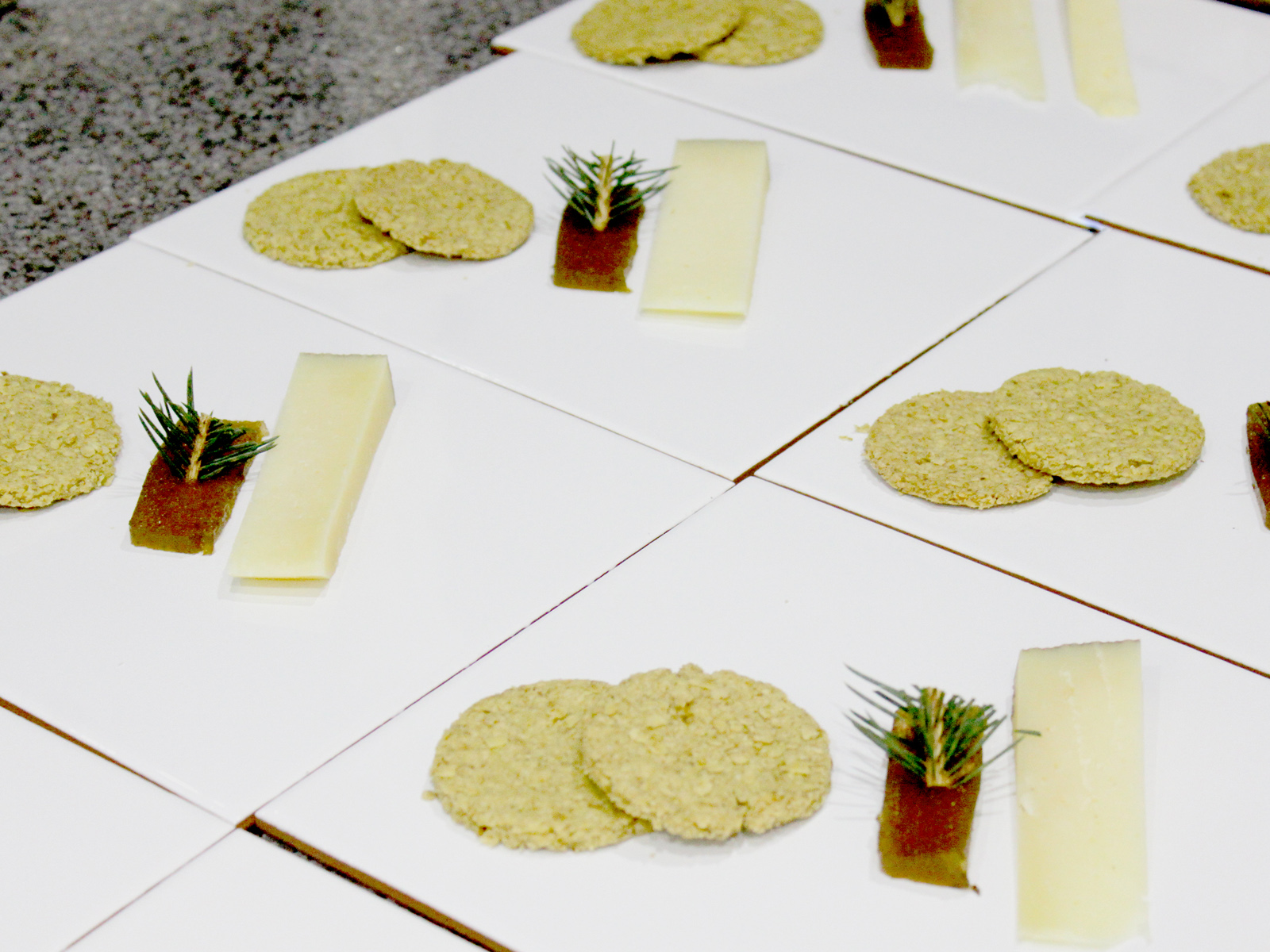 MOLD: Where did the inspiration for the project come from?

Julia Georgallis: Christmas is a fickle thing. We make such a fuss out of Christmas trees for a couple of months. They live in our houses, guarding our presents and make us feel all warm and cosy. We celebrate them. But then, come the 6th January, these lovely little plants end up toppled over, sticking out of some dustbin or other, freezing their needles off on some cold, grey street corner. It always makes me sad. Very often, I think the way to making people think about things is through food—after all, the way to most of our hearts is directly through our stomachs. So ‘How to eat your Christmas tree’ might seem like a bit of nuts idea, or a bit kitsch and gimicky, but the real idea behind it is to extend the life of something that actually would otherwise be wasted.

From what I can remember, we came up with the idea for the supper club very suddenly—literally a lightbulb shaped like a Christmas tree appeared over the heads of mine and my very good friend, Lauren Davies who runs HEKA Lab studio when we were talking one day. We met at the Royal College of Art and were sharing a studio on Broadway Market, East London at the time. Lauren’s studio deals with the sustainable, the edible, the natural and the magical and I was starting to shift my design work to focus exclusively towards food. Plus we’re both foodies so we always spoke about cooking together—in the same way that two mates who like playing instruments might want to jam together. 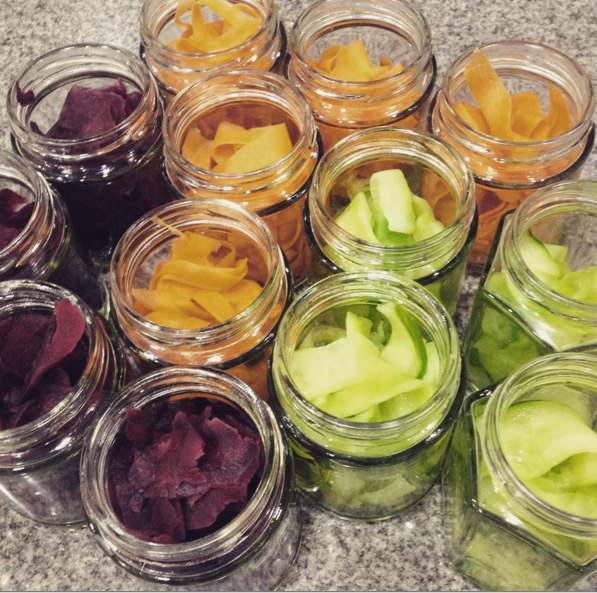 What was your research process like? What were some of the recipes that didn’t make the cut and why?

The first step was to find Christmas trees to cook with. We started designing the menu about three months before Christmas so this was much harder than you might think. We found a Christmas tree farm in Cambridge and were given various branches of spruce, Douglas fir and Nordman fir, which are typical Christmas trees. I also saw a beautiful blue spruce growing in the front garden of a dilapidated house in my neighborhood, so we pilfered a few branches in the dead of night, stuffing them into the boot of my car so that no one saw us. 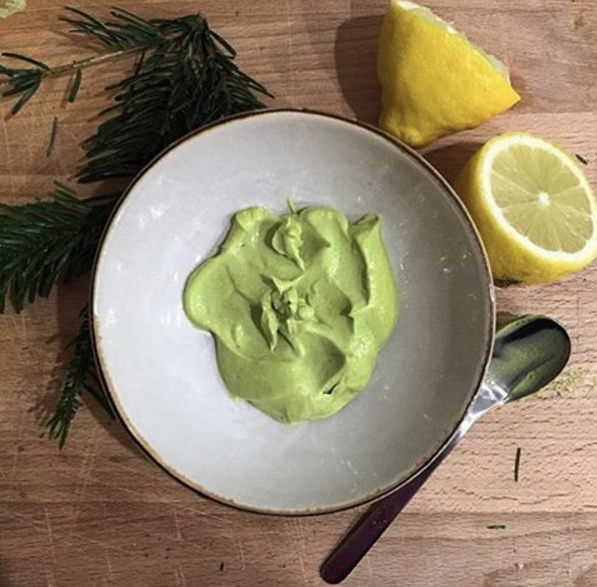 In the beginning, we didn’t have a clue what we were doing if I’m perfectly honest. There wasn’t anything online or in past recipe books. So we started by blitzing things, smashing things, deep frying things. There were some horrible mistakes, like a Christmas tree flavored scotch egg. It essentially tasted like a grass covered egg. Blergh. So it was a lot of trial and error, as is most cooking. But when we got it right, it was a triumph. The spruce ice cream is my personal favorite. 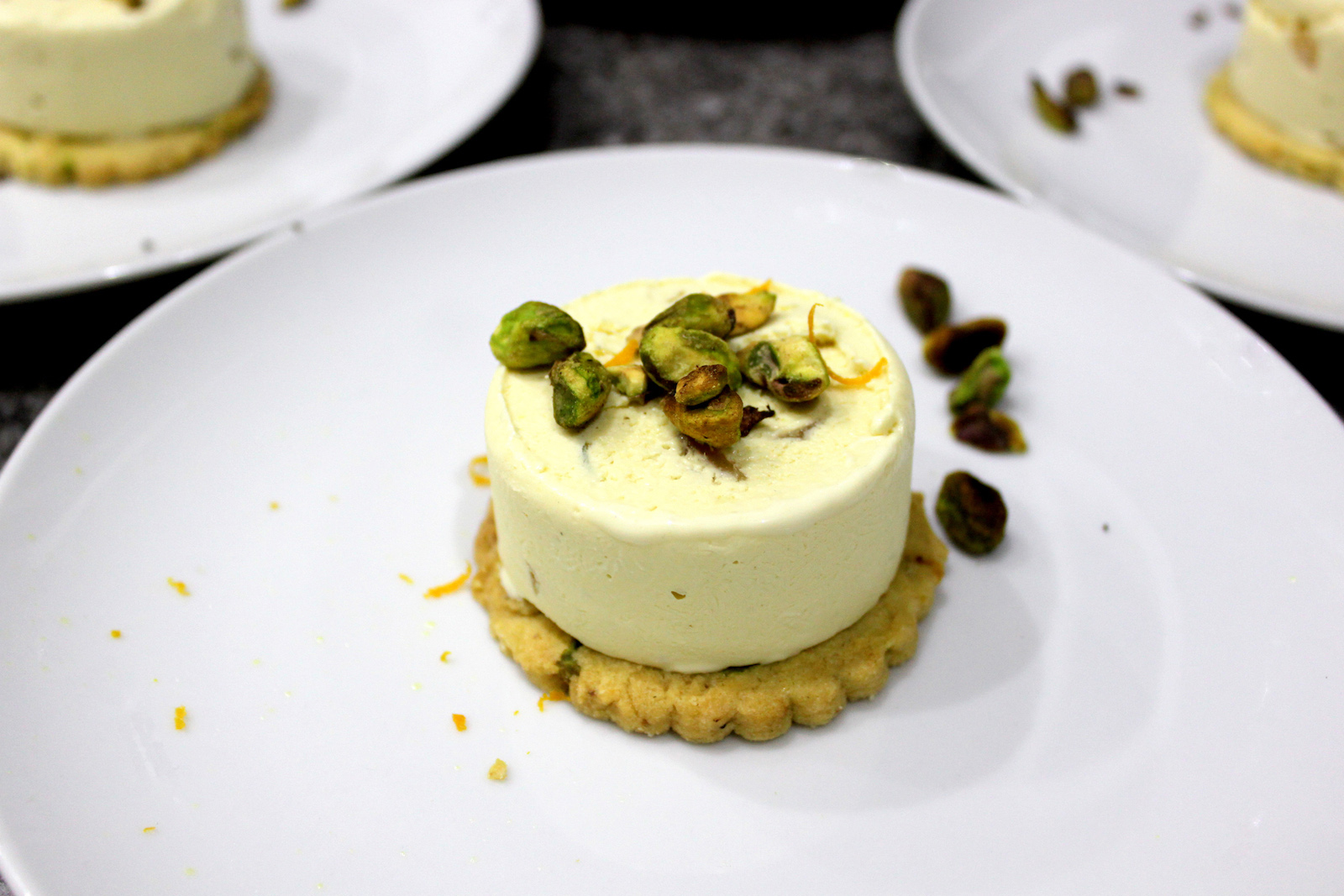 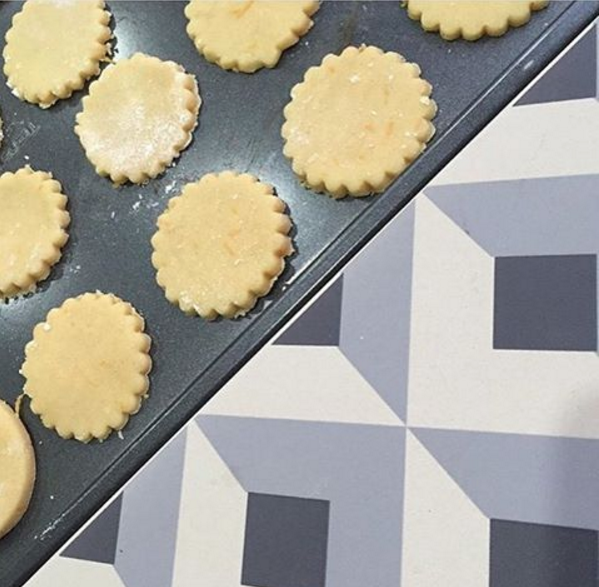 You run a micro-bakery as well. As a designer, why is food especially interesting for you?

As a designer (if I can still call myself that!), I don’t want to design for the design industry any more. Everyone works in the same way, with the same sort of processes and the same sorts of outcomes. It’s much more interesting to me to apply design to a totally different industry—in this case food.

Lots of things about food and design are very similar and have an enormous amount of cross over. Both combine a practical, hands on, very often scientific approach with creativity and intuition. But, though the food industry like the design industry can be cut throat and competitive, there is more willingness in food to share ideas. Recipes, for example float around freely, inspiring other chefs to build on them, make them better, then pass them on. Designers are more territorial about their ideas. I think we should all take a leaf out of the food industry’s book—Creativity should be shared. It’s that openness that really draws me towards food.

What are some of the new things diners can expect in this year’s feast?

We focussed a lot on the needles last year—Douglas fir, Nordmann fir and blue spruce. But we didn’t do a huge amount with pine nuts, which are so delicious, so I’m messing about with them at the moment. 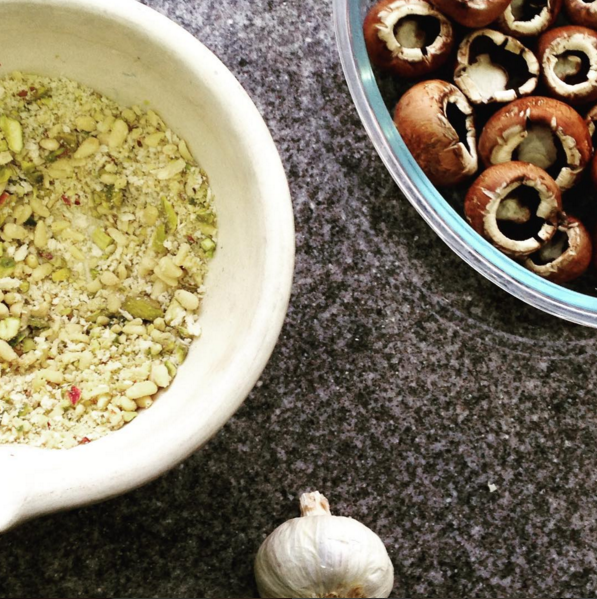 For someone who was interested in eating their own christmas tree, how would you suggest to start?

The key to cooking with Christmas trees is infusions—it changes the flavor from the taste of grass or car air freshener to very delicate notes of citrus or vanilla, which was incredibly surprising and very exciting for us. Evergreens work really well with creamy flavors, tangy flavors or very sweet flavors. 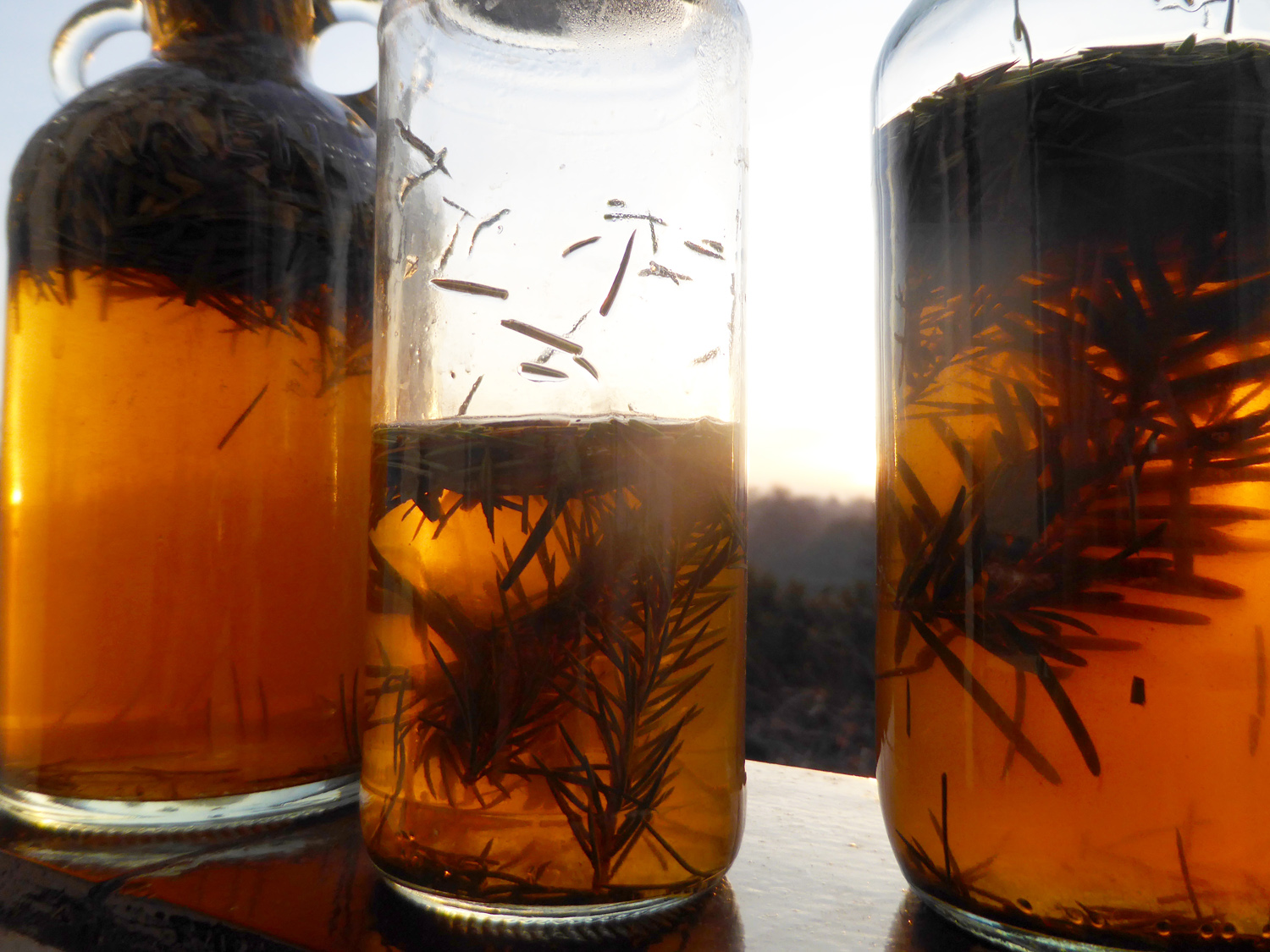 Be careful though, you can’t eat all Christmas trees—many, like yew, are poisonous—stick to Nordman fir or Nordman spruce, Douglas fir and blue spruce.

Also, for goodness sake, don’t try and put your Christmas tree in a blender with mayonnaise. It’s gross. And avoid eating the needles directly—they have a terrible texture and are quite sharp. We tried tempura pine needles—it was like eating deep fried fish bones.

“How to Eat Your Christmas Tree” supper club takes place on January 4th and January 18th. Tickets are limited (but still available). Book your seat at this 4-course coniferous dinner here.