Ants in a picnic basket are by today’s standards an unwelcome sight, but by 2050 they’re likely to be the main course. According to World Bank, to feed what will be 9 billion people on the planet that year, we’ll need to produce 50% more food. One solve? Start eating bugs. And Japanese designer Wataru Kobayashi has just the tools to get us acclimated to this not-so-far-out idea. 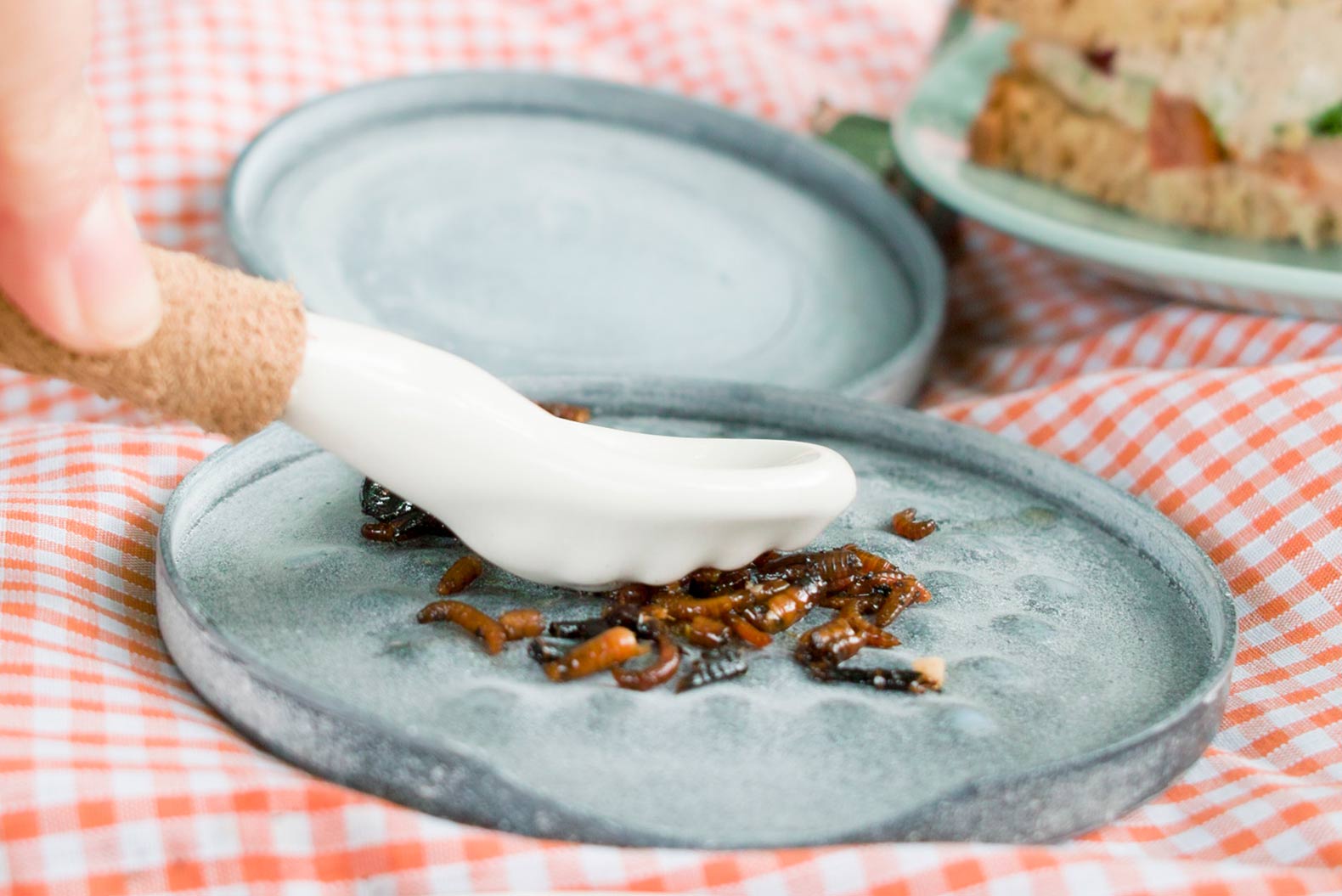 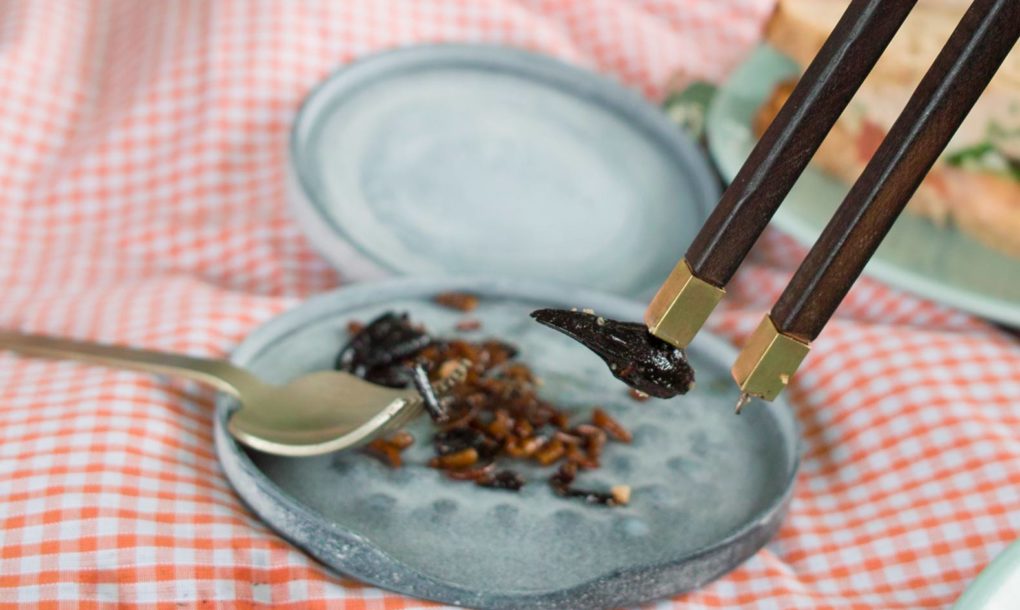 BUGBUG is a picnic cutlery set designed to make entomophagy more fun. The futuristic, stainless steel beak pincer fully illustrates the point by allowing picnic-goers to fulfill any baby-bird/mama-bird fantasies, while the stainless steel spork and cherry wood chopsticks give new use to time-honored utensils. 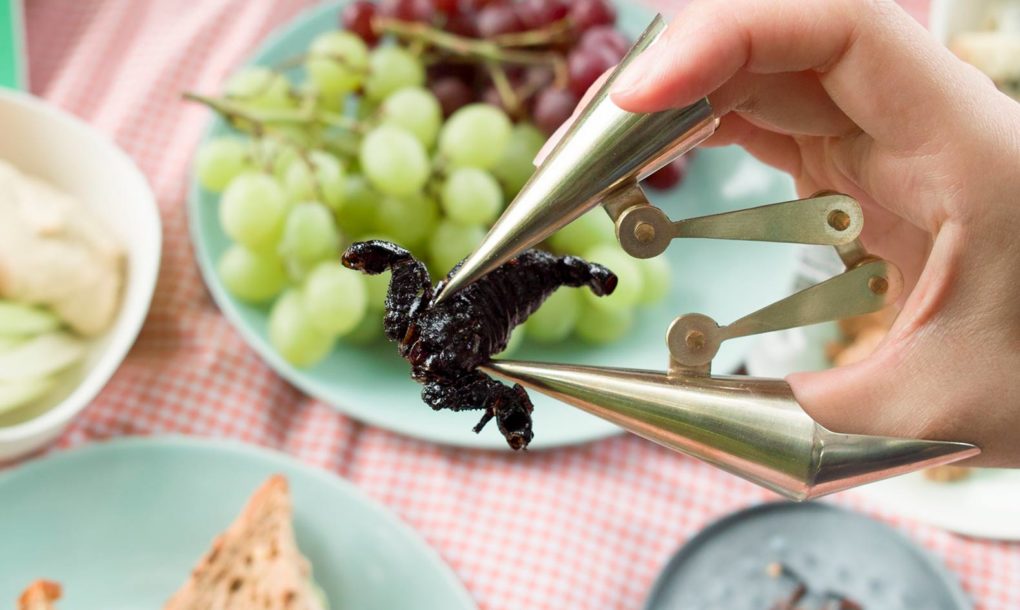 Also included are a porcelain petri dish and spoon, textured with slightly raised nubs that are “patterned like real stones” to recall nature when dining outdoors. And for that purpose, there’s also a faux leather roll case made from Piñatex—a sustainable material derived from pineapple leaf fibers—and lined with barkcloth, because if grasshoppers are our main source of protein in 2050, leather goods will be as uncommon as cold cuts. 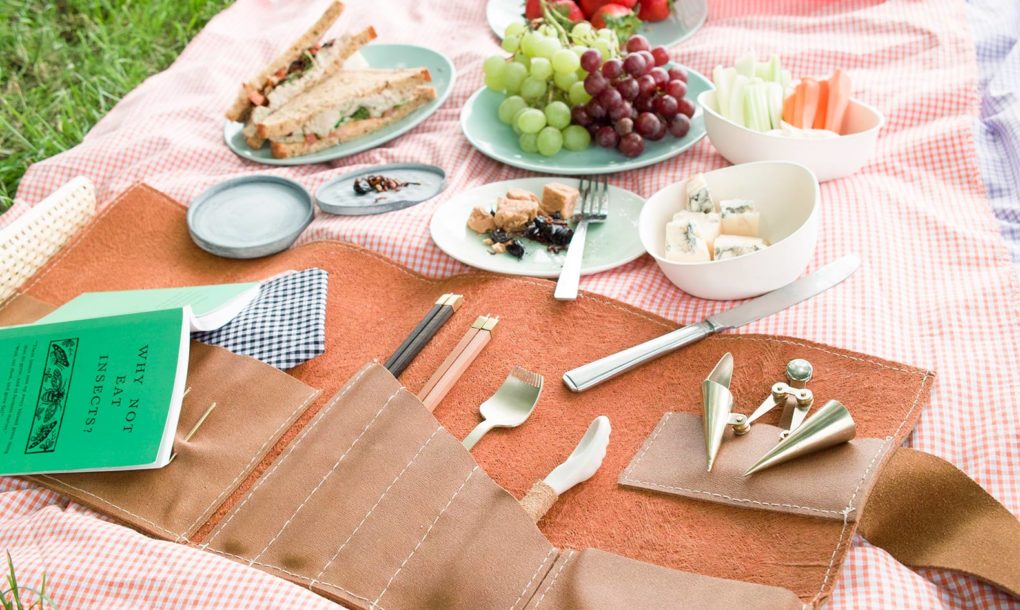 Kobayashi explains he isn’t preparing us for a distant future; BUGBUG is intended for habitual use as early as 2020. He believes that introducing entomophagy to children 30 years before the food crisis will greatly reduce the cognitive stigma around eating insects. In many parts of the world beetles, crickets and mealworms are already traditional ingredients, and the UN Food and Agriculture Organization estimates there are more than 1,500 edible insects to choose from.

If the future of food makes you antsy, BUGBUG has you covered.