Pedro Reyes newest exhibition, the People’s United Nations or p.(U.N.) is a pure-hearted attempt to organize real people around real problems led by an artist within a museum context. Reyes and the Queens Museum in New York rallied 193 immigrant delegates to represent their native countries and devise new outcomes for large global issues.

Reyes penned a sci-fi influenced manifesto to unite the delegates under common problem-solving mechanisms. Reyes says he uses this vernacular “as a way to create estrangement about our everyday, and realize what is just in front of our eyes.”

One such issue is food scarcity and Reyes’ solution comes in the form of a grasshopper sandwich—the “Grass-Whopper”. It is both a piece of art: an acrylic plexi macrame on Tyvek, but also an edible delicacy designed in collaboration with friends from the Mexican restaurant Antojeria la Popular in SoHo, New York City. 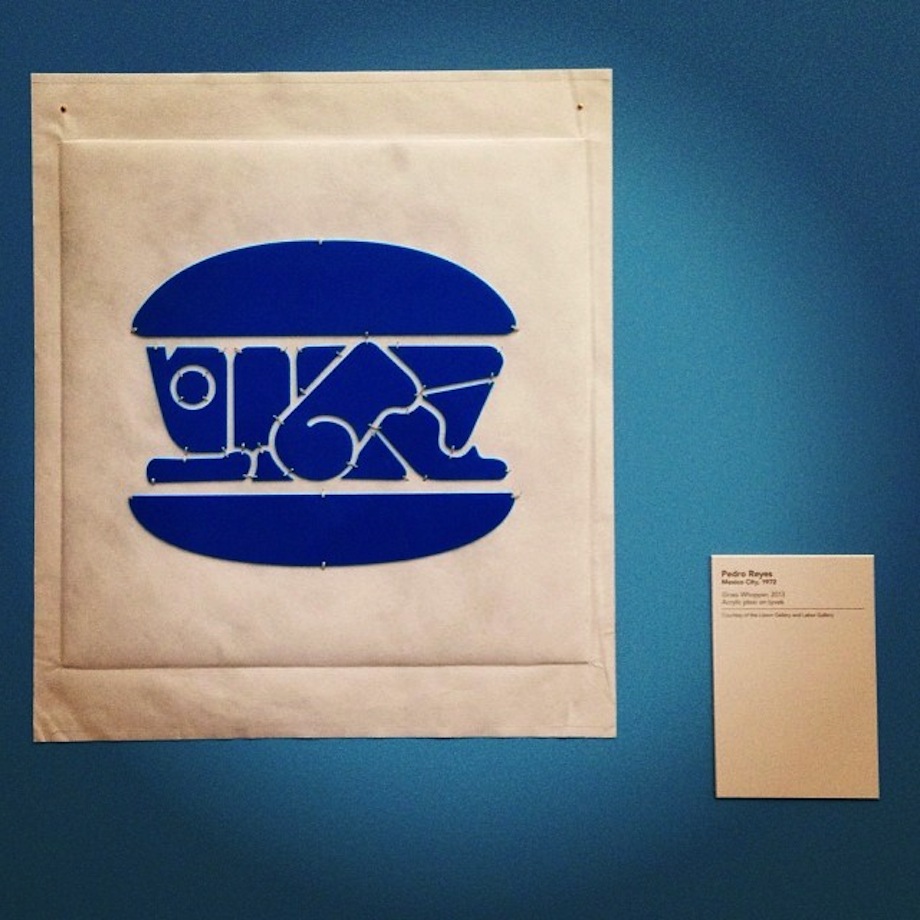 The “Grass-Whopper” was launched in collaboration with Reyes’ exhibition opening where delegates were served the small sandwiches, grasshoppers served between flatbread with Chihuahua cheese, lettuce, tomatoes and onions for lunch. The delegates were asked to consider the idea of insects as a feasible form of protein. Many delegates welcomed the challenge since it had real-world reasoning behind it.

The insect catering was part provocative and a means to elevate an indigenous practice known in regions of Reyes’ native Mexico. Timely enough, Reyes’ “Grass-Whopper” is also a reaction to this year’s report by the Food and Agriculture Organization of the United Nations (FAO) plead to consider the consumption of insects for their protein, fat and mineral contents. 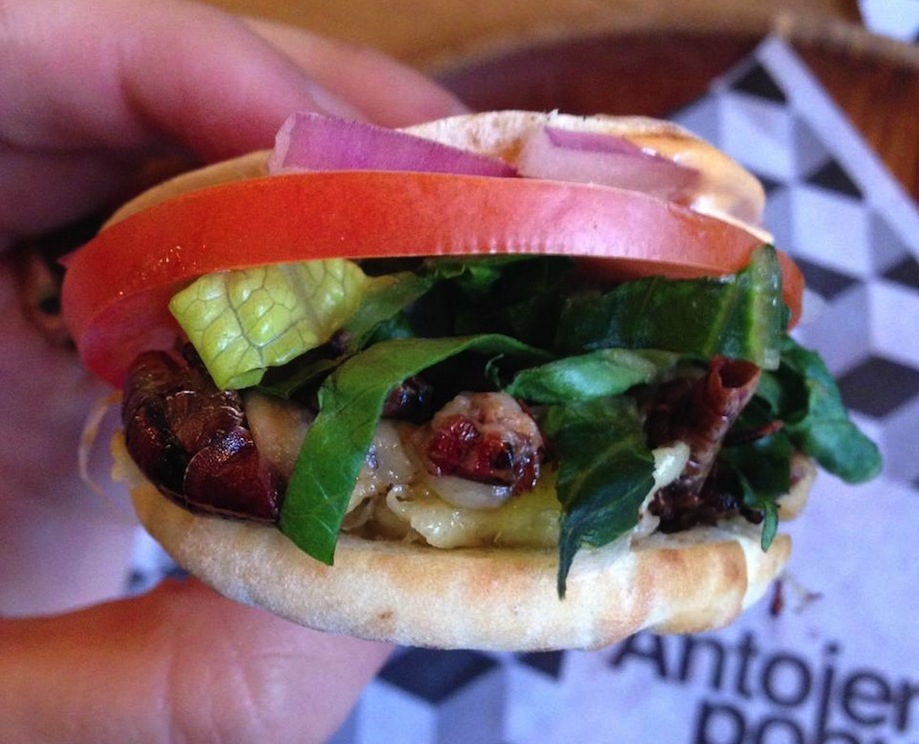 Entomophagy, the practice of eating insects, occurs in many countries around the world in parts of Asia, Africa, and Latin America, where they are consumed by some 2 billion people. The FAO hopes that the systemized farming of insects will grow into popular practice, especially when population growth and urbanization have increased the demand for food.

Would you replace chicken for cricket? The “Grass-Whopper” and other insect-based meals are now regularly served at Antojeria la Popular. These foods are now garnering a fair amount of national press but we want to hear from you, is this a delicious and nutritious idea you can stand behind? Have you already eaten insects in other faraway lands? And more than ever do you think sci-fi ideas can become real life solutions?