In The Council of the Mother Spirits of the Animals, now on show at Salon 94, Celia Vasquez Yui, whose practice centers a spiritual understanding of ecology, presents more than fifty of her ceramic zoomorphic sculptures. These sculptures of animal spirits, fashioned to look like jaguars, armadillos and snakes, are arranged on a platform to resemble the amphitheater of a parliamentary chamber, bringing visitors into communion with concepts of nonhuman communication and the rights of nature.

An artist, Indigenous rights activist, and political representative of the Shipibo-Conibo People of Peru, Vasquez Yui’s sculptures draw stylistically from the Shipibo-Conibo visual tradition. Each sculpture is etched with elaborate abstract lines, or kené, as they are called in the Shipibo language. These lines, as a networked system, form a portal to what the show’s press release calls the “substrate of existence, to a healing design or ‘design medicine’.” Vasquez Yui’s use of kené is an experiment in the transformative and healing powers of art and design. She extrapolates the idea that certain illnesses are caused by harmful designs or energetic disorders that must be unraveled and re-configured to the orderly designs of the natural world, her sculptures a commentary on our current malaised environment.

Healing provides the underpinning architecture for The Council of the Mother Spirits of the Animals. Vasquez Yui’s sculptures are accompanied by a soundscape captured during an ayahuasca ceremony conducted in the Peruvian Amazon by members of the Shipibo Union of Ancestral Healers, Asomahsk. Here, invocations and chants are interspersed with the squawks, squeaks and calls of jungle animals, making it clear that the healing that Vasquez Yui is calling for is interspecies in nature.

Within her own ceramic practice, Vasquez Yui also incorporates elements of healing, employing a “shamanistic” approach to the intertwined existences represented in her work. Her artistic practice builds upon an existing relationship with ecology of the Peruvian Amazon territory she creates her work in, using materials, soils and clays from regional river basins. In honoring the complex ecological relationships that feed into her ceramics, Vasquez Yui incorporates specific rituals into her practice, including fasting, abstaining from sex and specific foods, and blowing tobacco to propitiate the firing of her ceramics.

In her practice, Vasquez Yui dislodges her artwork as well as her thesis of healing from the confines of time. To create her sculptures, she mixes various clays with apacherama, the ashes of the bark of a specific tree, along with kenkesh, the fragments of previous pots reduced to dust. Producing kenkesh, an agent that helps to create stronger material for the sculptures, requires the artist to break and ground up ancestral vessels. In the repurposing of these potsherds, a practice archaeologists call recursive acculturation, Vasquez creates a cycle that brings together the past, the present and the future.

In The Council of the Mother Spirits of the Animals, Vasquez Yui creates a nonlinear space for interspecies interface. By decentering the human gaze and instead bringing humans and animals, or rather the spirits of animals, eye to eye, she proposes a future in which our actions, with regard to the environment, are informed not by fear, but instead an ever-evolving relationship with those we share the earth with.

The Council of the Mother Spirits of the Animals is on view at Salon 94 until March 3rd. 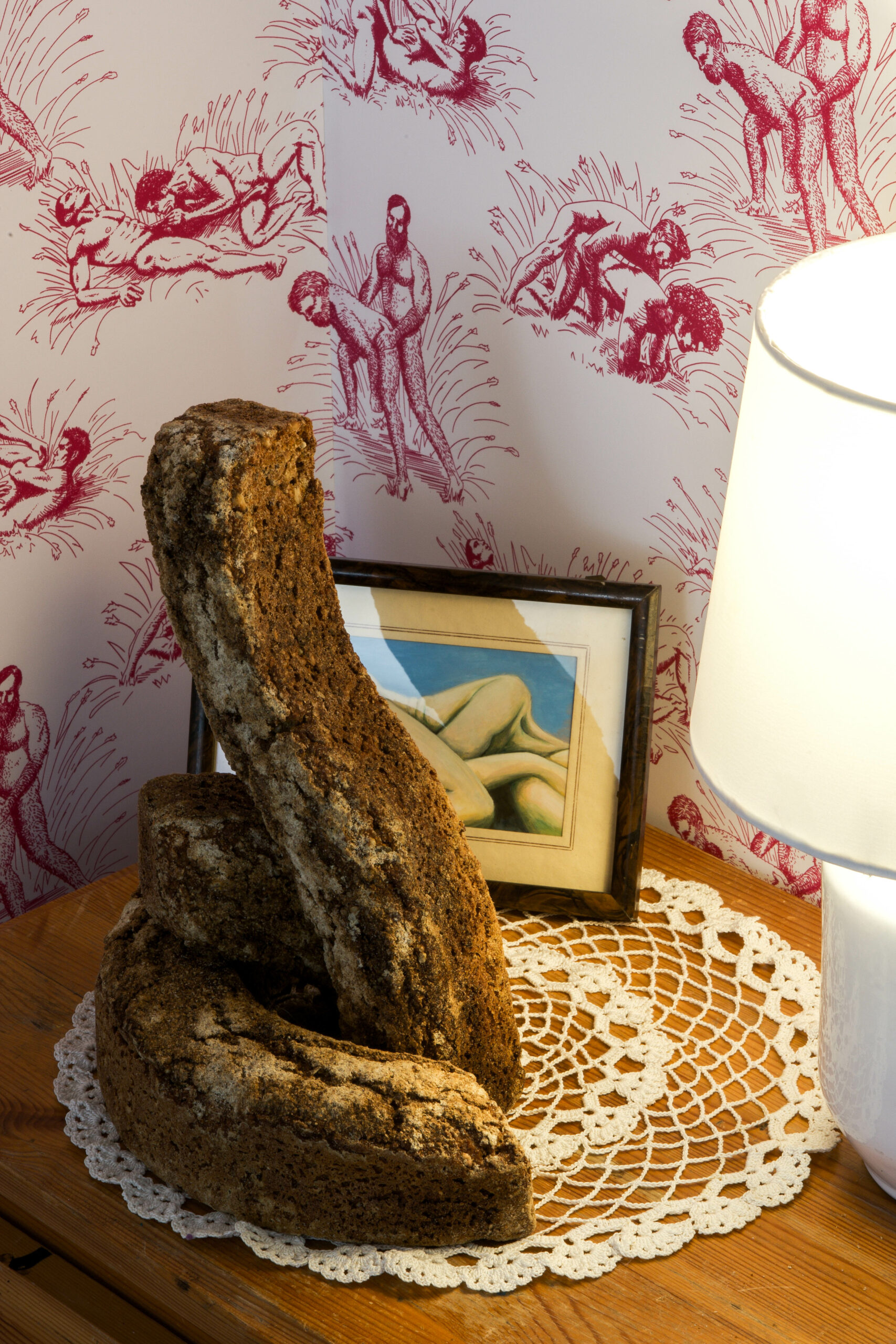 Project
Edible if you like
There is endless potential, beauty, and taste in remains.
We’re Hiring an Editorial Intern