In certain European art schools these days, it’s become almost mandatory for students of design to envisage outlandish—and often starkly dystopian—future scenarios as a means of critiquing mankind’s tragic trajectory and envisage the likely products, services and experiences that would arise in them. Some of the more chilling of these fanciful predictions latch on mercilessly to post-crash society’s crisis of confidence and latent sense of impending doom (critical-to-be-kind). The narratives frequently question how we fulfill our most basic of needs in a technologically advance but economically and ecological barren world. What doth one eat, when the shit hitteth the fan?!

One such think-piece springing out of London’s Royal College of Art recently is student Paul Gong’s intriguing exploration of the world-feeding possibilities of the nascent field of synthetic biology. Paul’s project imagines a not to distant future where animal genetics can be almost magically combined with our own to give us useful new abilities. Anticipating potential global food supply chain collapse, Paul’s project scenario pictures a world where food is at its scarcest, forcing surviving humans to explore previously overlooked—and more than a little unappetizing—sources of nutrition. 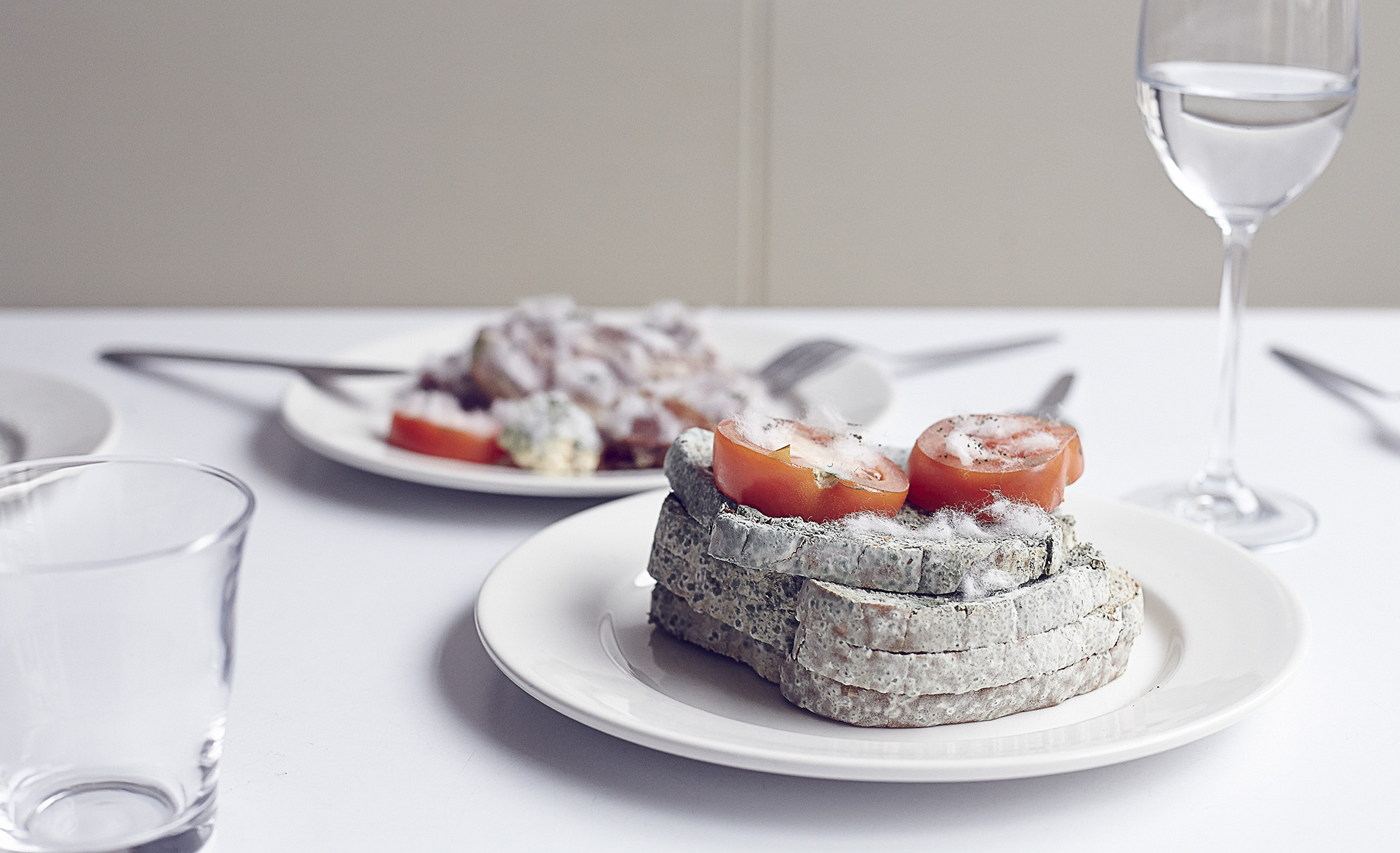 Inspired by hyenas, an animal with a remarkable ability to feed on anything it can scavenge, Paul speculates on how future bio-technology could have the power to create bacteria to mimic the digestive abilities of these creatures. When administered correctly, these bacteria would allow people to fill their stomachs with even the most putrid of foodstuffs without fear of poisoning.

What doth one eat, when the shit hitteth the fan?!

Paul imagines a number of objects emerging in a supporting role to this alternate reality. The “Hyena Inhaler” as he calls it, would be used prior to eating to ingest the stomach hardening bacteria. To quell our natural repulsion to decay Paul also forsees the need for inventive taste and smell altering devices—administering receptor confusing substances (such as a genetically modified taste-dub tricking Synsepalum dulcificum, or miracle berries) to the tongue and nostrils. 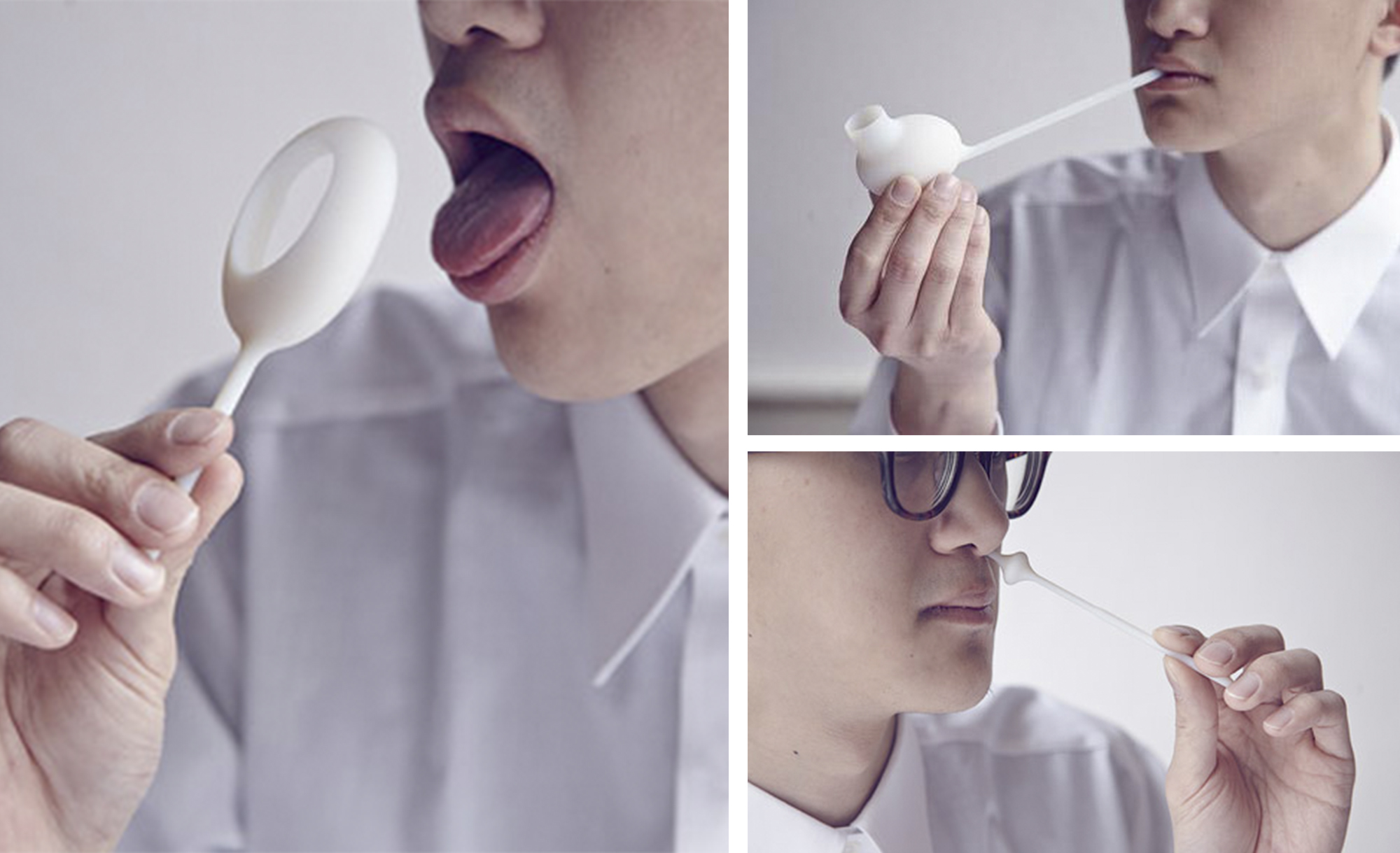 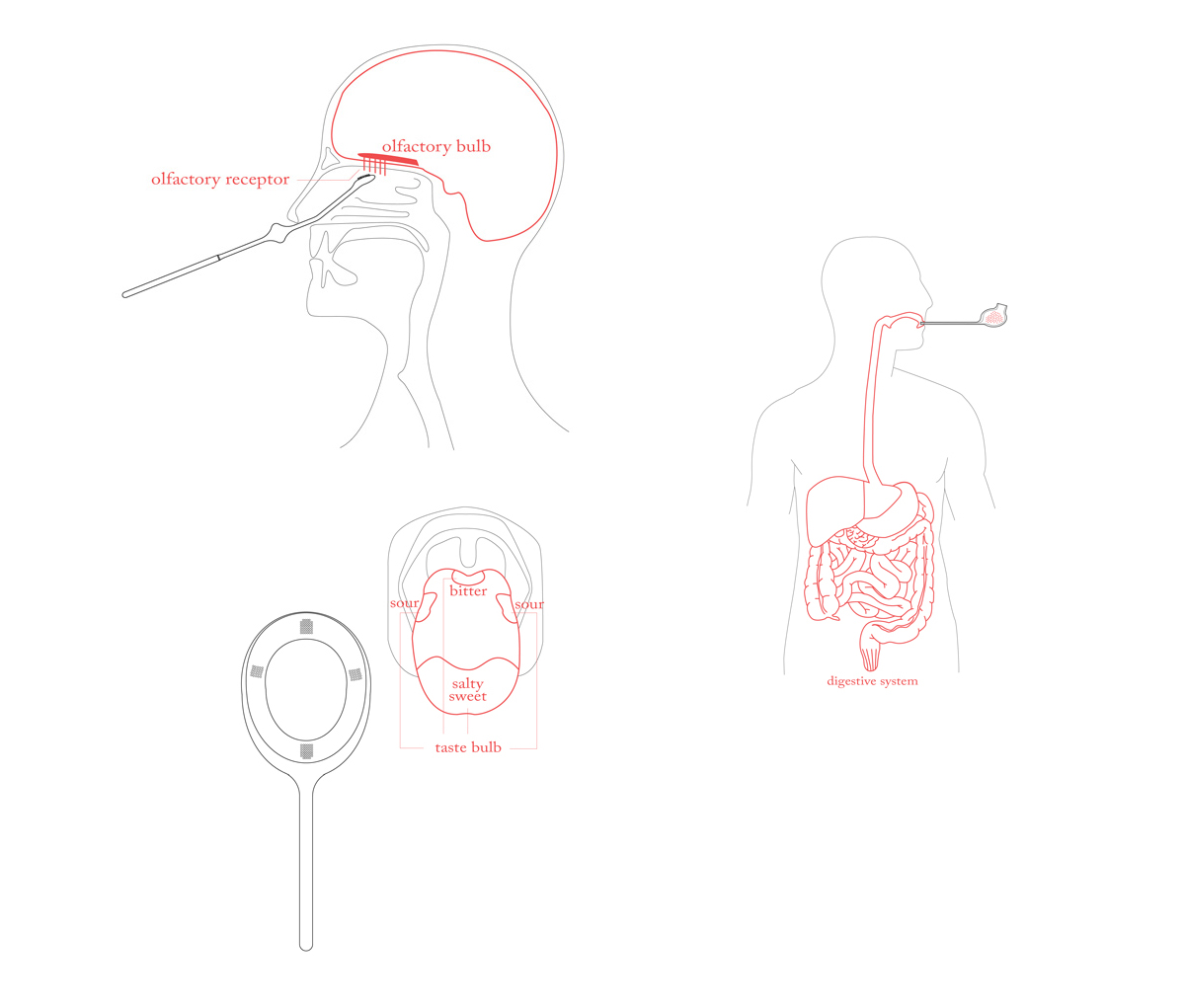 Sam Dunne: So Paul, where did the idea for this project come from?
Paul Gong: Our brief at RCA was to do some research around synthetic biology and think about its implications and applications. I’d recently learned about the hyena’s special immune system that can handle rotten meat without getting sick and had been wondering—what if human’s could do this? This project got me thinking about how we might develop alternative solutions to deal with global food crises.

So how did the idea develop?
Well first I was just thinking about the digestive system, but I realised that is really not enough. We’re programmed to be repelled by bad tasting and smelling food. This realisation got me thinking that enzymes from things like gentically modified miracle berries could be applied to trick our taste and smell receptors.

How has the response been?
I exhibited the work at RCA. Some people got excited about the potential to solve world hunger but mostly people are repulsed by the thought of eating moldy food. But raising this kind of debate was exactly the point of the project.

Do you have any more plans for the project?
“Human Hyena” is going to be part of a few upcoming exhibitions on future food issues and another on synthetic biology.