The next time you’re peeling back the skin of an onion, consider that by the year 2050, much of the world will not be able to feed itself. That’s more than enough to make you cry.

Population growth, food waste and climate change are just a few ills contributing to this impending global food crisis. And although there are efforts being made by individual governments and NGOs, designer Gemma Warriner thinks it’s time to get consumers involved. Through a set of eight data visualizations, Warriner designed an alluring call-to-action confronting viewers with projections of climate change in the heart of artichokes, food waste in clusters of garlic cloves and urbanization in the pith of a pomegranate. 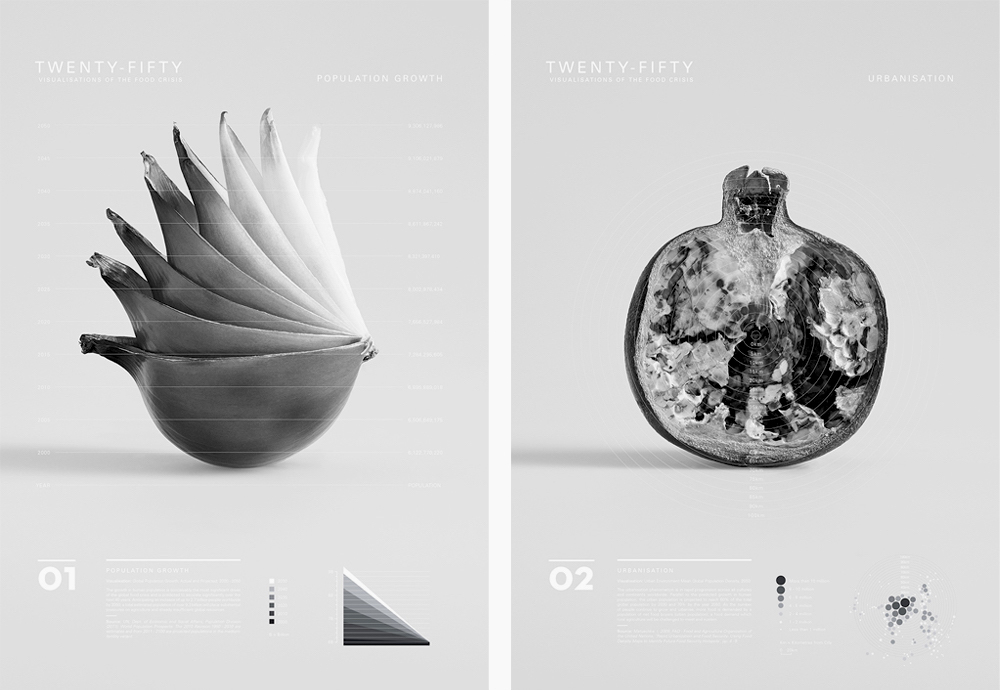 Onion/Population Growth: The global population will explode in the next 40 years placing substantial pressures on agriculture. Pomegranate/Urbanization: 70% of the world’s population will be living in dense urban areas by 2050.

The eight posters that comprise “Twenty-Fifty” intend to challenge and educate people on the major issues at hand by grafting big data forecasts about eight key issues in food security—population growth, urbanization, food production, food waste, genetic modification, climate change, consumption trends and agrobiodiverty—along the natural contours of fruits and vegetables. “Data visualization is an incredibly powerful communication technique in that it has the ability to take complex sets of data, and transform them into an accessible visual arrangement,” explains Warriner. With her vision, the scaly rind and exposed flesh of a durian becomes a visual cue for the balance of overconsumption/malnourishment and the curls of cabbage leaves represent an explosion in genetically modified crop area. 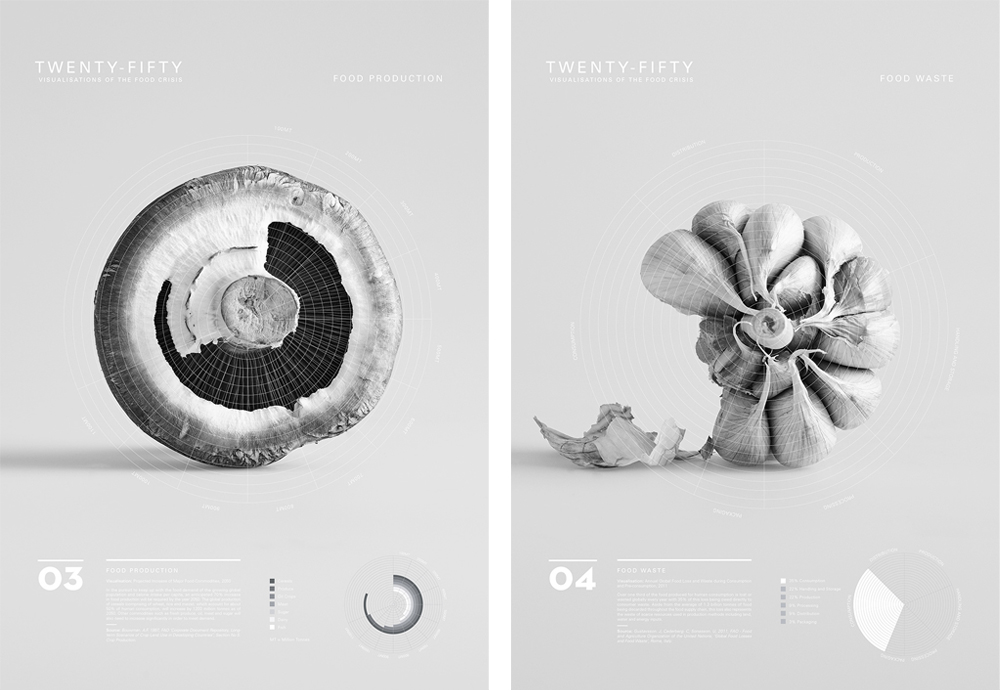 Mushroom/Food Production: A 70% increase in food production will be required by 2050. Garlic/Food Waste: Over 1/3 of the food produced for human consumption is lost or wasted globally every year. 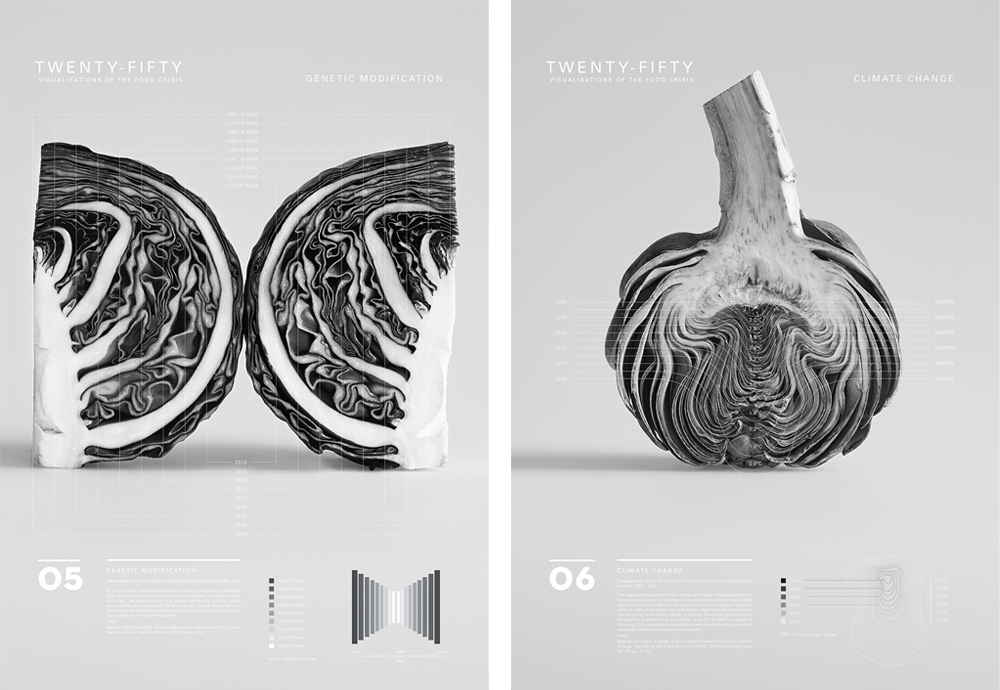 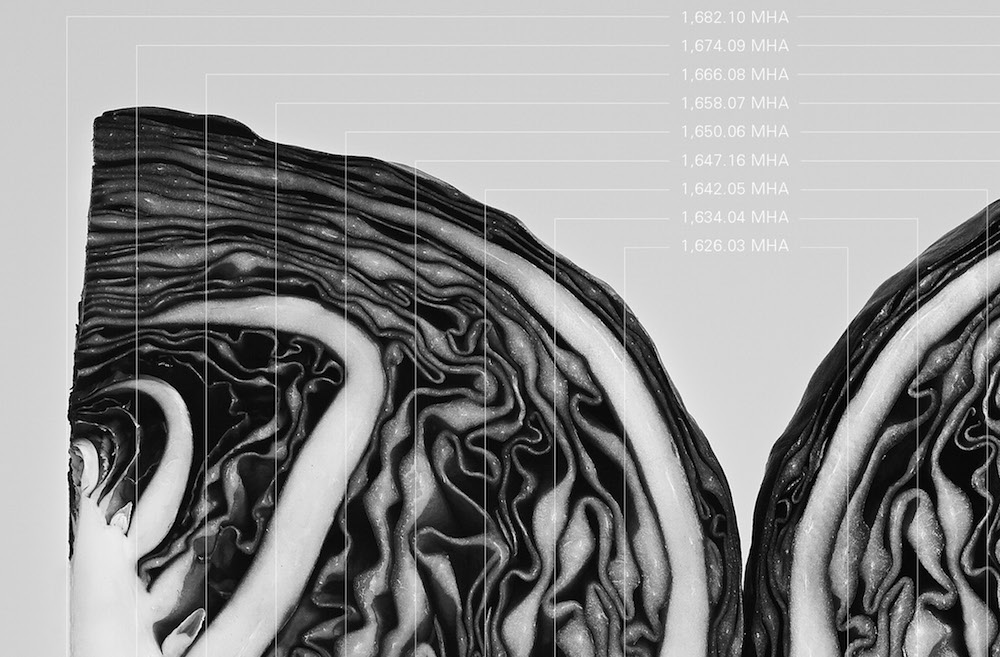 Over the course of three months, Warriner sourced and photographed a wide variety of fruits and vegetables for “Twenty-Fifty.” Under the direction of design researcher Dr. Kate Sweetapple at the University of Technology Sydney, much of the project focused on compiling relevant data from sources like the United Nations and academic journals. “I believe that design can have a large positive impact towards a utopian sustainable future, and, although this project does not attempt to do just that,” Warriner tells MOLD, “the intentions are that it may speak to a wider audience open to changing their habits as a result of new knowledge.” 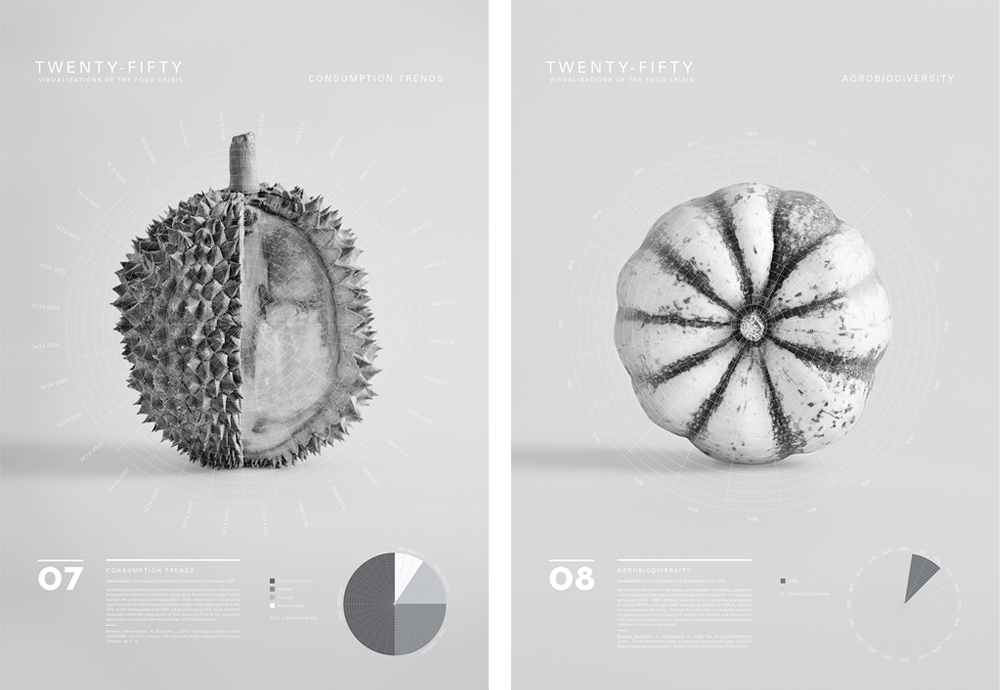 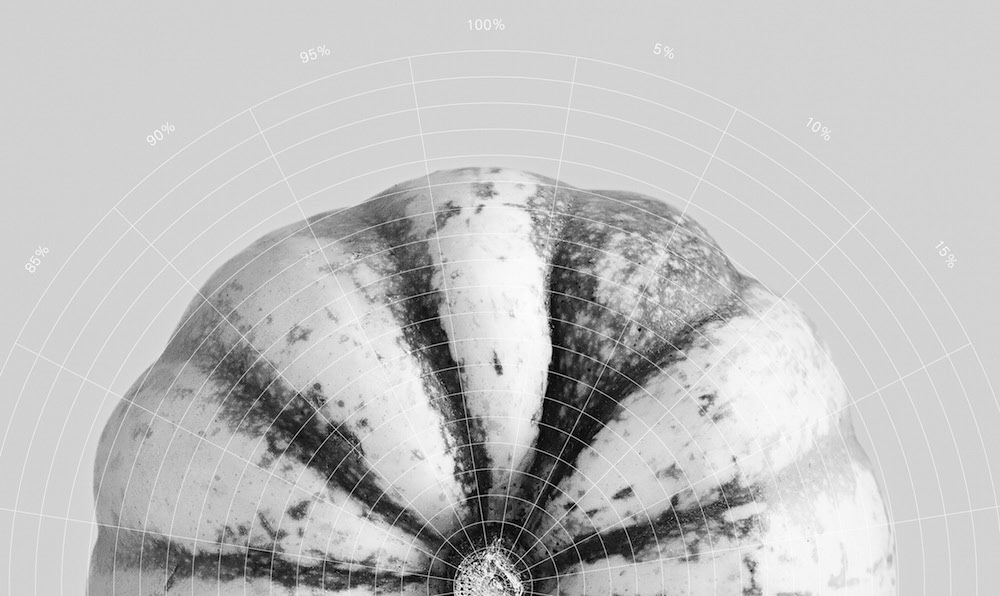 Durian/Consumption Trends: With rising food prices and a shift in overconsumption, 1/3 of the population will live below the poverty line and an additional 10% will be malnourished. Pumpkin/Agrobiodiversity: Globally, biodiversity in crop variety is expected to decline 90%