Kreung, a Cambodian food pop-up based in Brooklyn, is teaching us a lesson on perseverance, preservation, and pluralism. This pop-up and other makers of the like are momentous builders of an emerging food architecture during a time of collapse in the food industry. Pop-up collectives, arguably the fiercest makers in food, are re-imagining, building, and re-building interactive installations to feed, excite, and nurture.

Kreung’s logo, created to resemble Khmer characters, is one you might see overlaid on exuberant Instagram flyers of Banja Cotta, a sweet and savory mung bean panna cotta with scallion and sesame, chili pickle, Kreung’s signature fermented chili paste, or Somlor Machew Kreung, a beef and tripe soup stewed with galangal, lemongrass, turmeric, lime leaves and tamarind. Chef Chakriya Un, the powerhouse behind Kreung, started her business in 2016; she left her line cooking life behind to bring vibrant Cambodian culinary creations to New York’s most inquisitive eaters. Chakriya’s food has been served at some of New York’s favorite venues including Honey’s, King Tai, 99 Scott, Pixie and the Scout, Hunky Dory, North Brooklyn Farms, Pioneer Works, Little Debs Oasis, and Love Bird as well as a number of places around the United States and even Mexico City. Chakriya’s graphics and visual language extend the ways her collective process pays homage to her Cambodian legacy. Behind the production of Cambodian delicacies, you will find the Kreung family; Mama Kim, Bpa Van Chin, and Chakriya’s siblings Jesse and Jonothan—not to mention back of house and front of house anchor, Ross, Chakriya’s partner.

Chakriya’s tight and sustained relationship with her family is the lifeforce behind Kreung. Her family, located in South Carolina, contributes a wealth of knowledge of the Khmer food tradition and even maintains a vegetable greenhouse in the backyard of their home. This greenhouse supplies the Kreung food operation with bananas, persimmon, chilies, turmeric, aliums, lemongrass, galangal, heirloom lettuces and herbs.  Their integral growing space cultivates many things that are hard to find in Asian-American specialty stores, including the coveted, fresh Makrut Lime. In spite of its more easily found dried counterpart, Kreung’s Makrut limes come directly from a tree grown in their greenhouse. Kreung refuses to be limited by American convenience culture by growing their own precious Khmer staples. It is vital that Chakriya and her family stay connected to the land and what it provides as they rely on inspiration from the seasons and their harvest. Many of the essential ferments produced by Kreung including a chili pickle and prahok, a fermented fish paste, are guided by the hand of Mama Kim using the produce grown by herself, her community, and even fish caught by Chakriya’s uncle.

“My dad was like, ‘I’m so glad I built this, this is really going to start to supply the Kreung food operation’ and I’m trying to figure out how to fully support the farm,” Charkriya tells me, as she recounts a conversation between her and her father during a visit to the Kreung greenhouse that he built.

“I have to put in the time with the people that know how to cook it,” Chakriya explains about FaceTime-ing her mom multiple times a week in preparation for these pop-ups. “It’s not something I can look up on YouTube, sometimes FaceTime-ing with my mom is not even enough.”

In Chakriya’s family home in South Carolina, these conversations and learned techniques are archived into the working memory of the Kreung operation. Chakriya spends a series of days cooking outdoors with her mother, chopping, stewing, grinding, pounding, and fermenting. On @kreung_cambodia, her Instagram account, one can watch as Chakriya cooks Cambodian dishes like trey koh by stewing fish, pineapple, tomatoes, for 24 hours until the fish is caramelized and the bones become buttery. She first learned this  at home with Mama Kim before executing the dish here in Brooklyn for a Kreung pop-up. Learning the hard way, Chakriya made the stew twice; a second time after singeing the first batch of trey koh in the wee hours of the night. Most, if not all, of Chakriya’s food is durational and takes hours, sometimes months to prepare. Time, to Chakriya, is a sacred investment to food’s best storytelling. Chakriya and Ross emphasize the importance of the 11-hour drive to South Carolina as paramount to perfecting the food but also nourishing their relationship with one another.

As a maker and artist, who’s life’s work thus far has been centered around sustaining her loved ones and her food practice, Chakriya explains the precarity of ascribing a value to Krueng’s product, and her realization that  everything she holds deeply intimate about her culture should not be shared and priced.

“A friend once told me that it is okay to keep some things a secret,” Chakriya explains, as she draws parallels to South Philly Barbacoa, where Kreung popped-up over the summer, and where only two people know the recipe for their acclaimed barbacoa.

“Every recipe [at Kreung] has at least seven ingredients, maybe more. Those seven base ingredients include at least three deeply thoughtful ingredients that are an amalgamation of other ingredients.”

“If something calls for fermented fish paste, that takes 10 months to make.”

Chakriya and the chili pickle that she made with her mother, Mama Kim.

Chakriya is chef, storyteller, and archivist of the Khmer tradition. To critically recognize food as a vessel that carries the livelihoods of an entire culture and its diaspora is to interrogate our sentiments toward careful consumption. Through this recognition we can begin to employ food economies that can promote and sustain the craft and its makers—essential to imagining the construction of a restorative food culture. Kreung invites us to participate in a future building that undeniably provides sustenance, and proof of what can be made. The space Kreung holds for its kin is one that sustains livelihood for family and small agriculture. Chakriya’s family’s story is told through stories reenacted and remembered through cooking and sharing food. Chakriya’s food practice begs us to inquire about the transformative potential of ingredients when guided by lessons of making as a dynamic process.

We are “people of the moon,” Chakriya explains. Her reverence for Khmer values that celestially honor the sun, moon, and the land drive her fierce commitment to Khmer culture; her fervor for fullness challenges us to construct food tenets that sustain abundance, respect, and the preservation of living histories. To support Chakriya and the future permanent Kreung work space you can scour https://kreung.myshopify.com for Cambodian foods or Venmo @kreung. 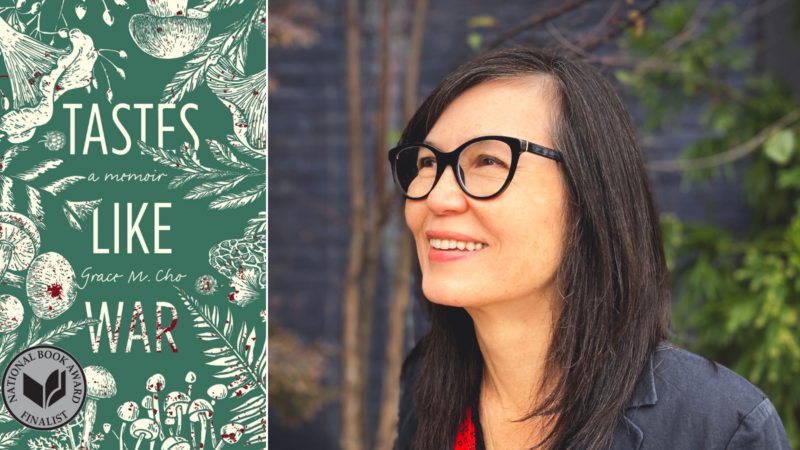 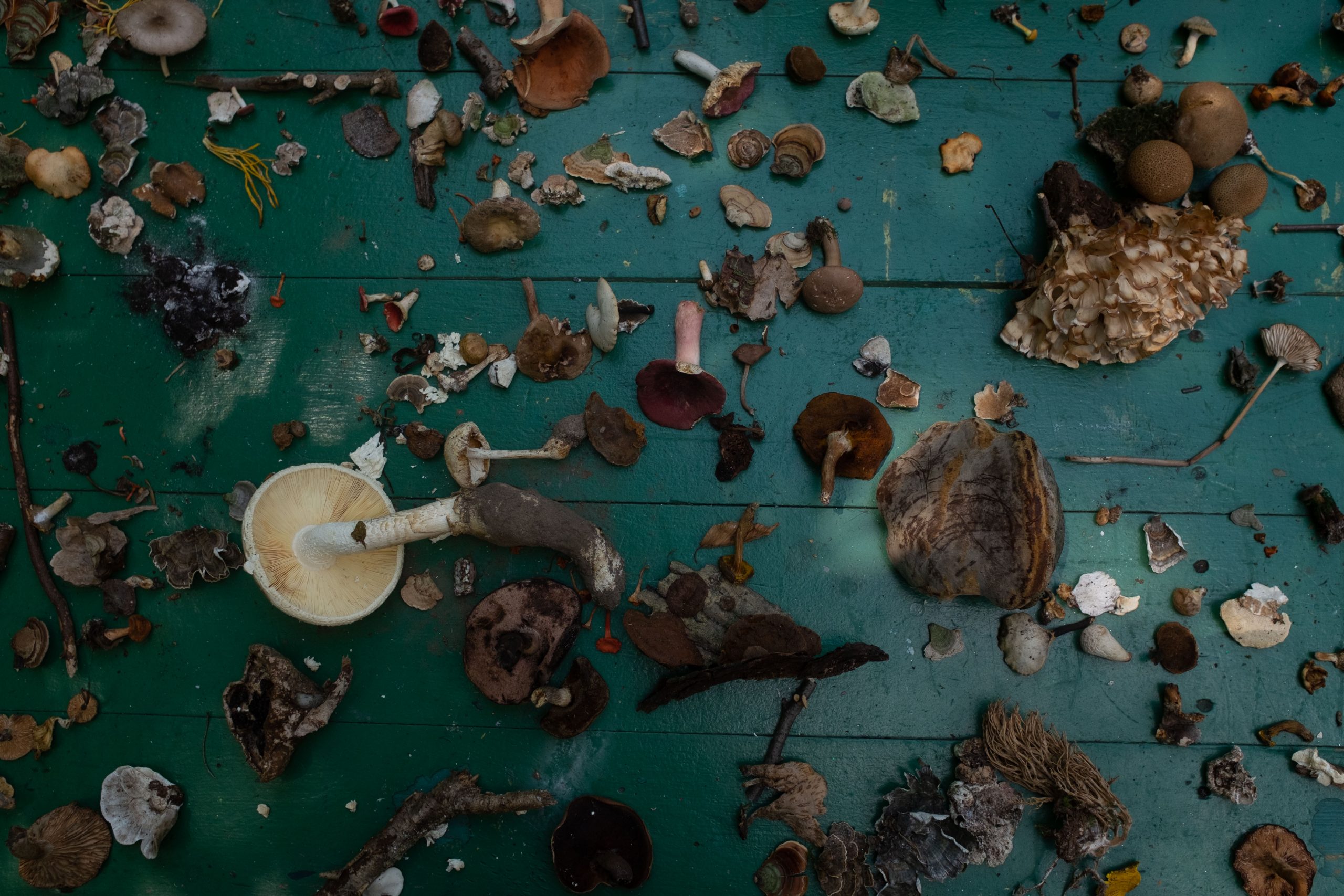