When the Telegraph declares that Martin Parr is, “arguably Britain’s greatest living photographer,” you know he’s already having a good year. The living legend is now exhibiting his largest show in the U.K. since 2002 at the Hepworth Wakefield gallery—a survey of 370 images spanning 40 years including the new series The Rhubarb Triangle and Other Stories, documenting the rhubarb business from harvest to pie. His work for the City of London, Unseen City: Photos by Martin Parr is at the Guildhall Art Gallery, he’s thrown a few selfies on the walls of the Tate Modern for Performing for the Camera, and at the Barbican, Parr curated over 250 pieces from 23 photographers across two floors for Strange and Familiar: Britain as Revealed by International Photographers.

At the Barbican Centre, perhaps in an effort to take a breather from his weightier responsibilities and engagements, he talks about his new book of food snaps from Phaidon, Real Food. Ranging from images from Common Sense, his first book featuring food in 1999, to his ongoing documentation of food culture in his travels around the world, Parr’s newest volume is an ode to the kaleidoscopic and sometimes garish world of food. 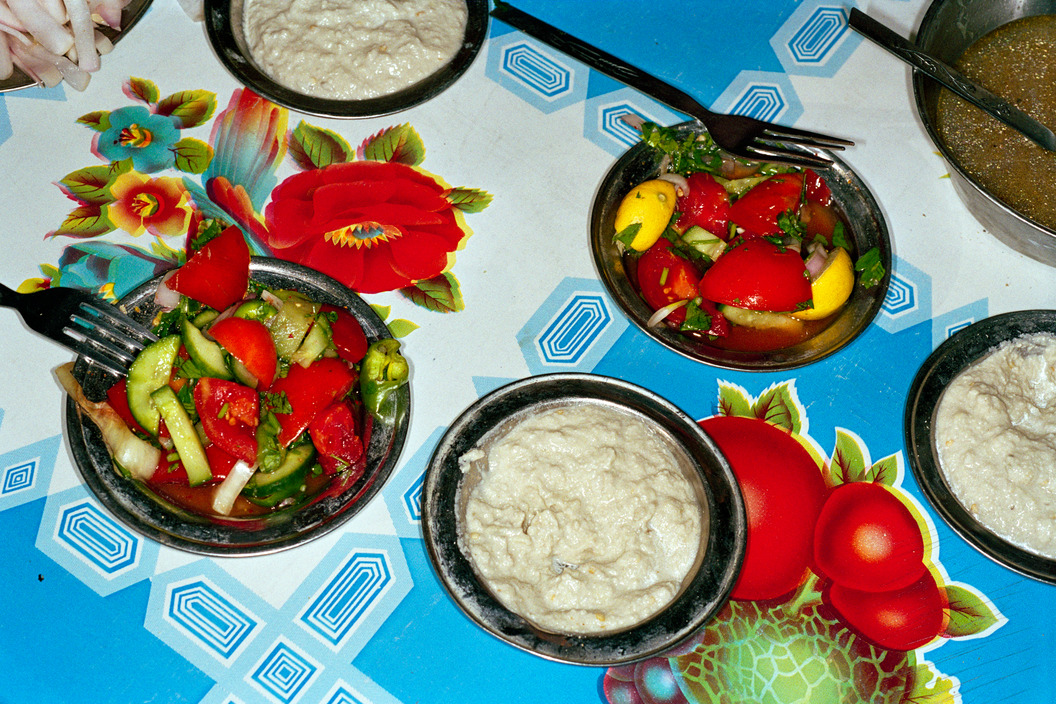 “In 1995 when I bought myself a macro lens, this meant that I could come in much closer. The first thing I did was British food,” Parr recounted on the making of Common Sense. “It was just the time the food renaissance was starting to kick off in the U.K. and yet British food had a terrible reputation. My job was to please the French, and find the worst examples of British food that I possibly could.” 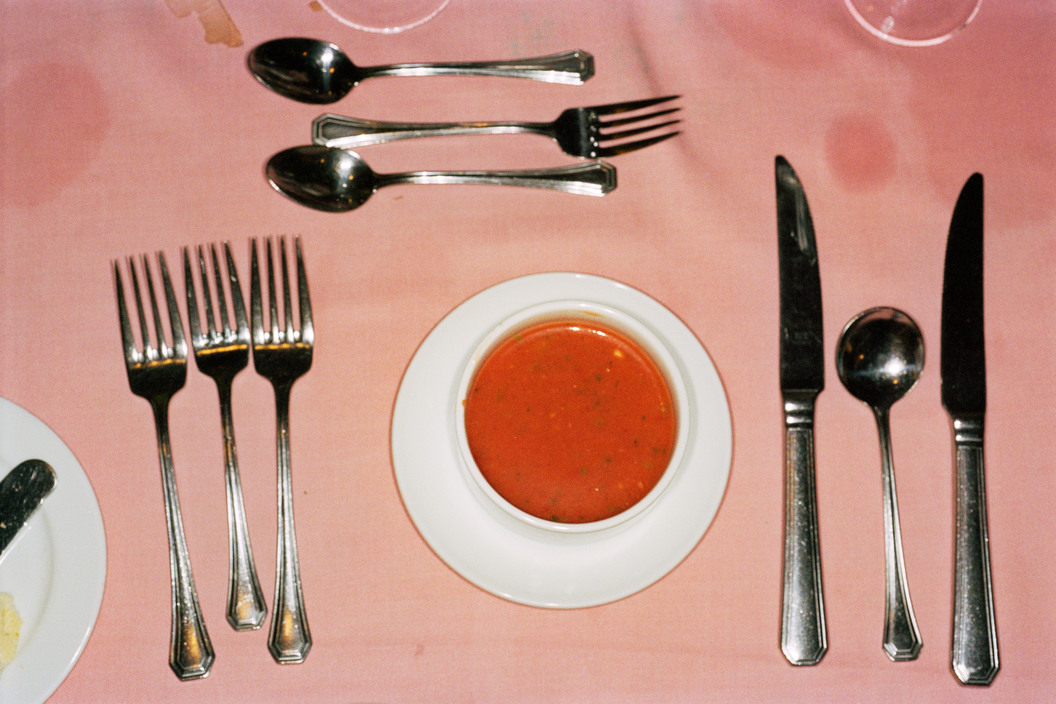 Parr continued, “It was very exciting finding this camera and doing food, and thinking this is a new social landscape. Everyone photographs food now; you go to a posh restaurant and everyone is photographing every course with their smartphone. In those days, no one did it at all.” 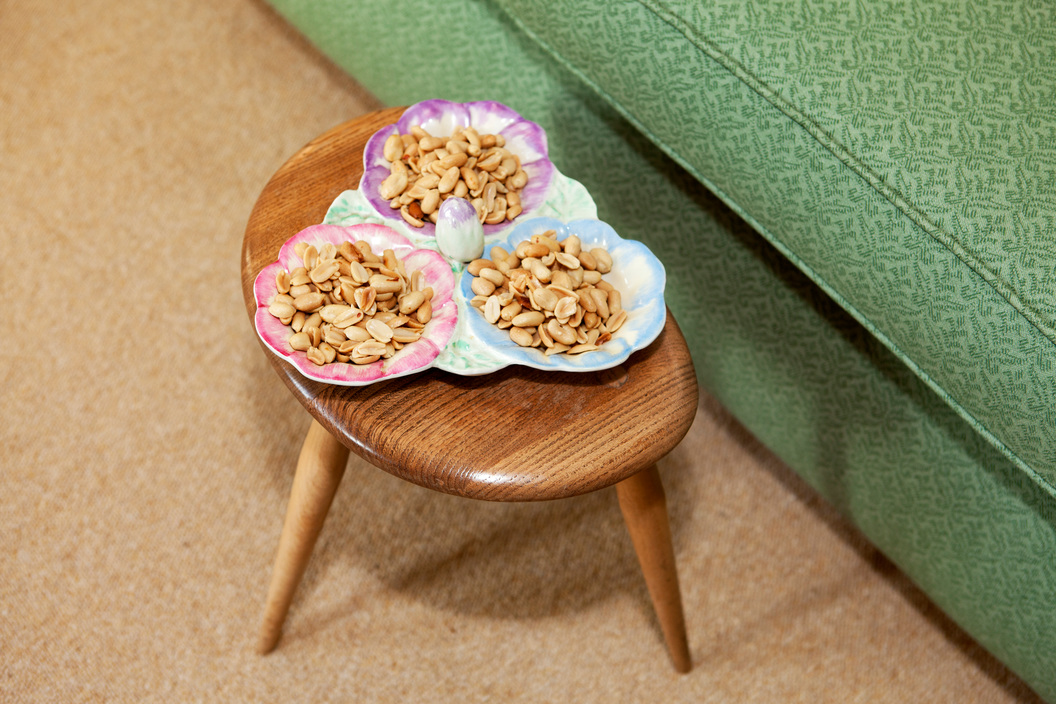 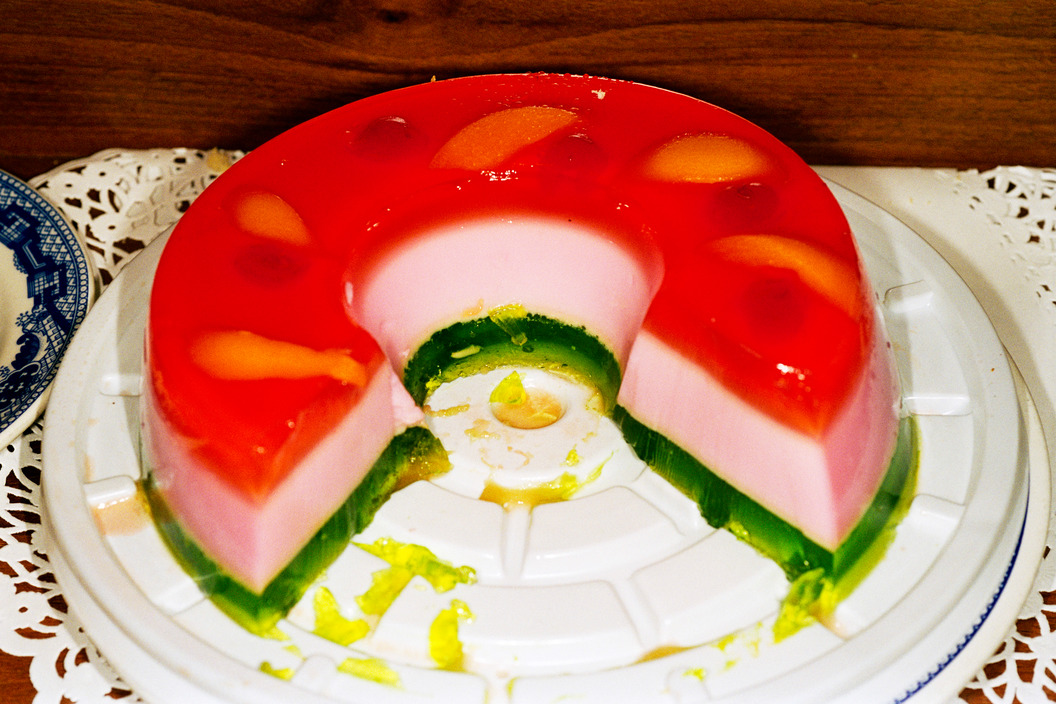 Real Food is like a hardcover output of Parr’s Instagram account if he decided to only post food snaps for the last 20 plus years. White toast, pink cakes, poutine, sausages from all over the world; all taken up-close and personal. These snaps are packaged in a nice red and white picnic tablecloth hardcover, with an introduction by British chef and founder of the London restaurant St. John’s, Fergus Henderson. Behind the fun and flash, Martin Parr continues what he does best, to show basic truths about what we eat, how we live and who we really are.